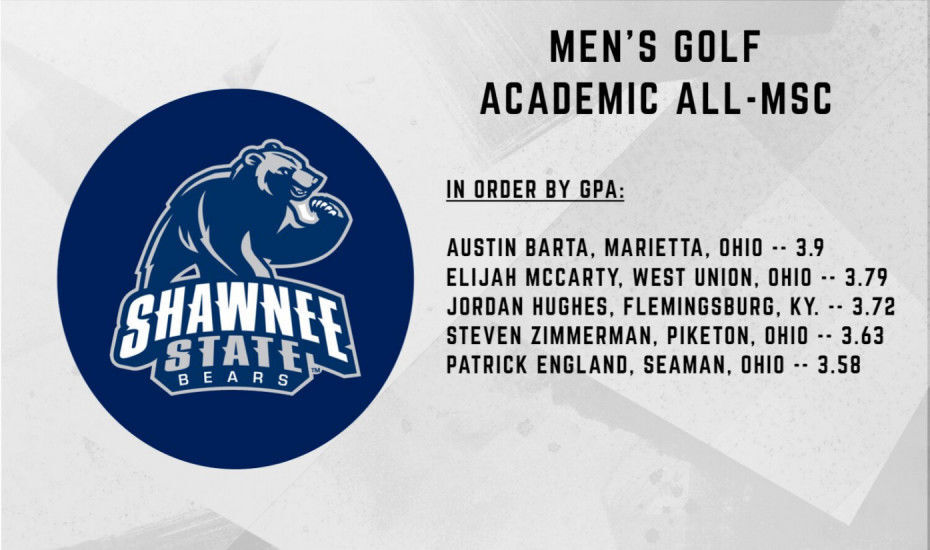 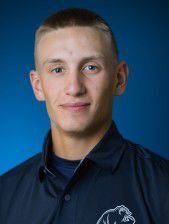 The men’s golf program at Shawnee State matched a program record by placing five players on the Academic All-MSC list, with four of those five — Patrick England, Jordan Hughes, Elijah McCarty, and Steven Zimmerman — joining the list for at least the second time and Austin Barta making an appearance on the list in his first season eligible for such an honor as announced by the conference Wednesday afternoon.

Barta, who has a 3.9 GPA, has nearly 60 hours of academic credit earned heading into the final week of the spring semester. The sophomore majors in mathematical sciences.

McCarty, who is a business administration major, has earned over 120 hours of academic credit in less than three seasons at Shawnee State while obtaining a 3.79 GPA while Hughes holds a 3.72 GPA with nearly 90 hours of academic credit heading into the final week of the spring semester. Hughes is also a business administration major with an accounting concentration.

Zimmerman, who is also a business administration major, holds a 3.63 with nearly 140 hours of academic credit in his back pocket while England, a psychology major, has a 3.58 GPA with over 115 hours on his line.

Zimmerman also was named to the Mid-South Conference Champions of Character Team for his effort on the golf side of the coin. The junior, in addition to his high marks in the classroom, was named a Medalist twice during his career at Shawnee State.

For more information on SSU Bears Athletics, visit www.ssubears.com or visit the Twitter and Facebook pages at https://twitter.com/SSUBears and https://www.facebook.com/SSUBears. For more information on how to join the SSU Bear Club or for sponsorship of specific SSU players or events, visit https://givetossu.com/bear-club and https://givetossu.com/sponsorthebears.