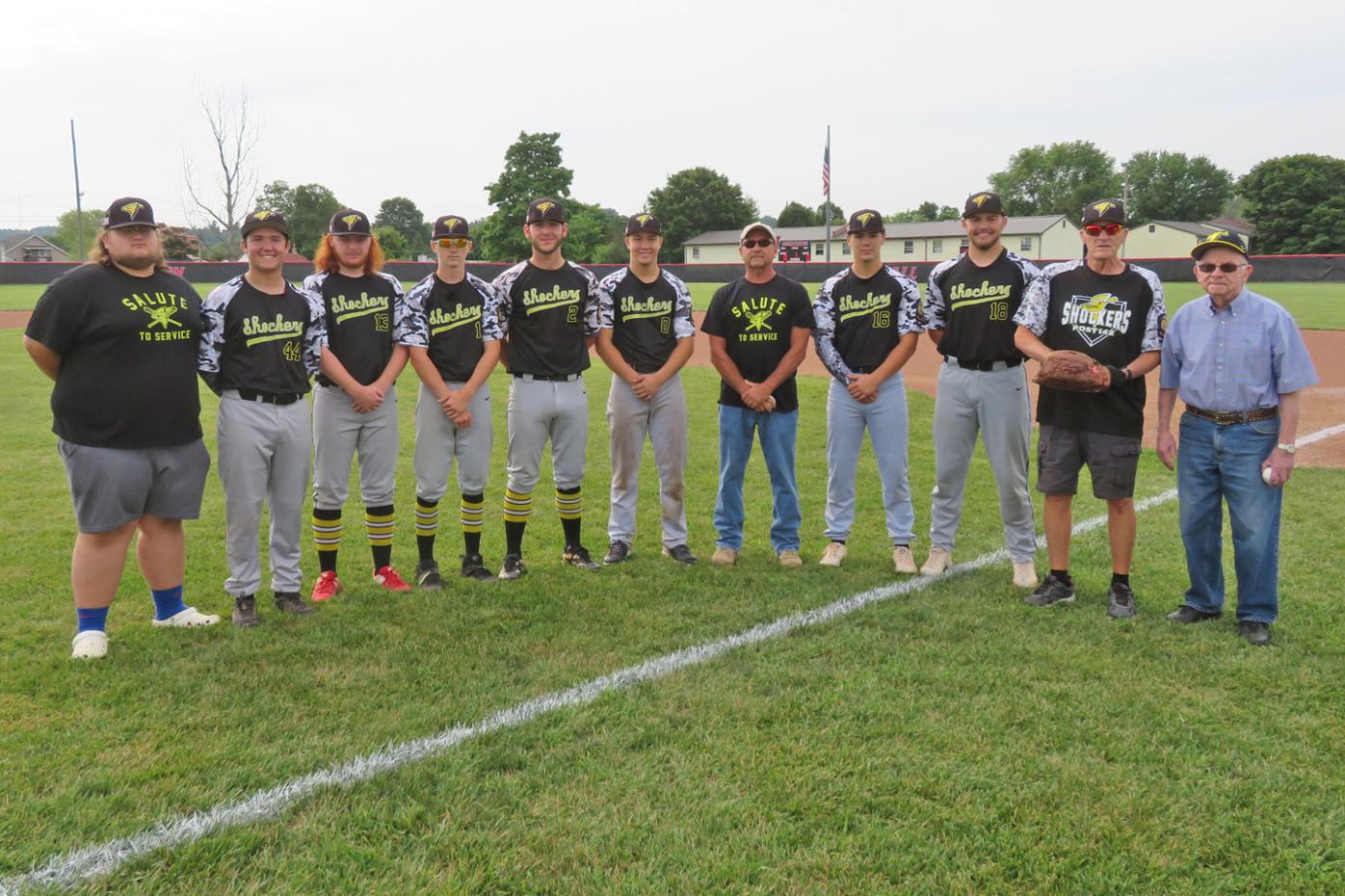 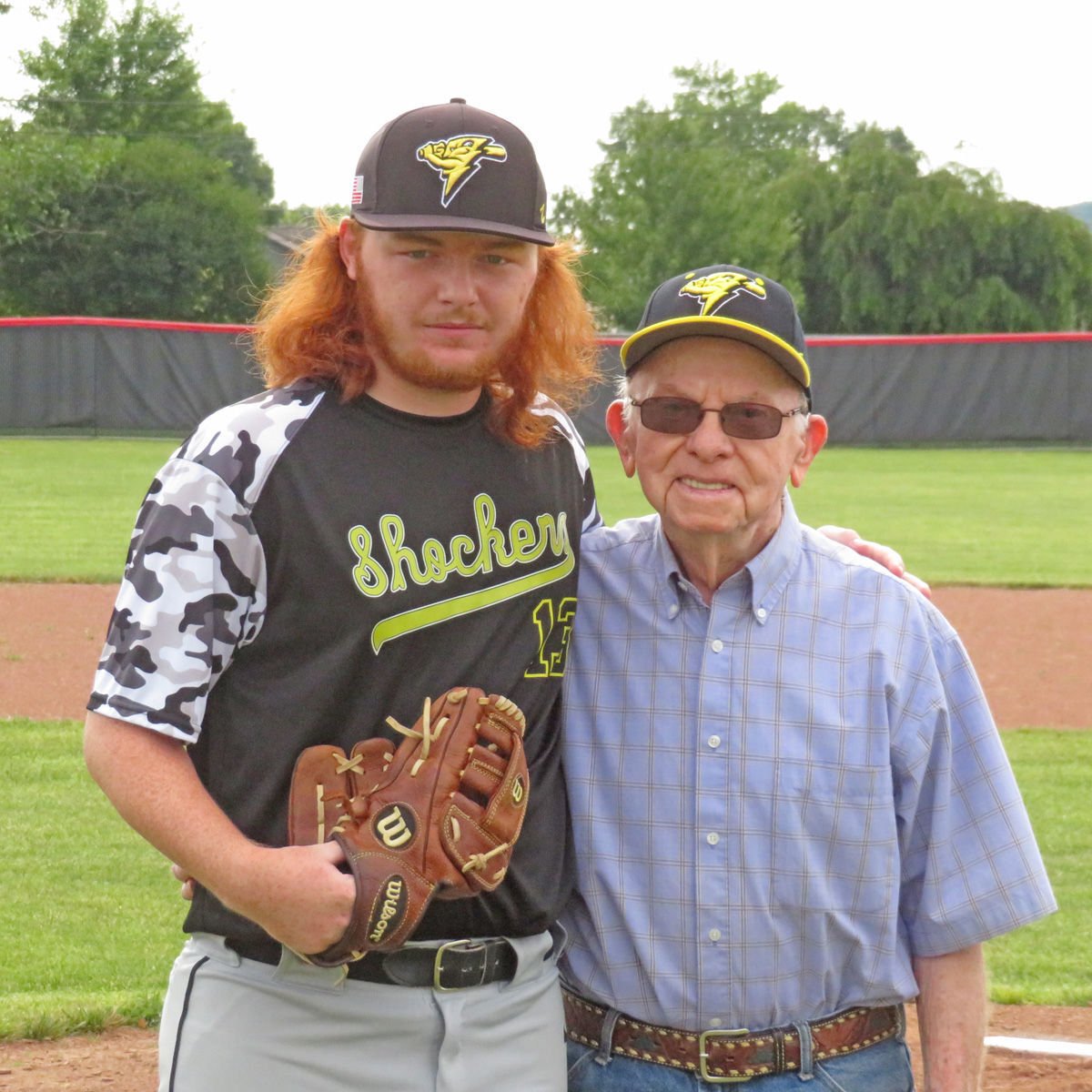 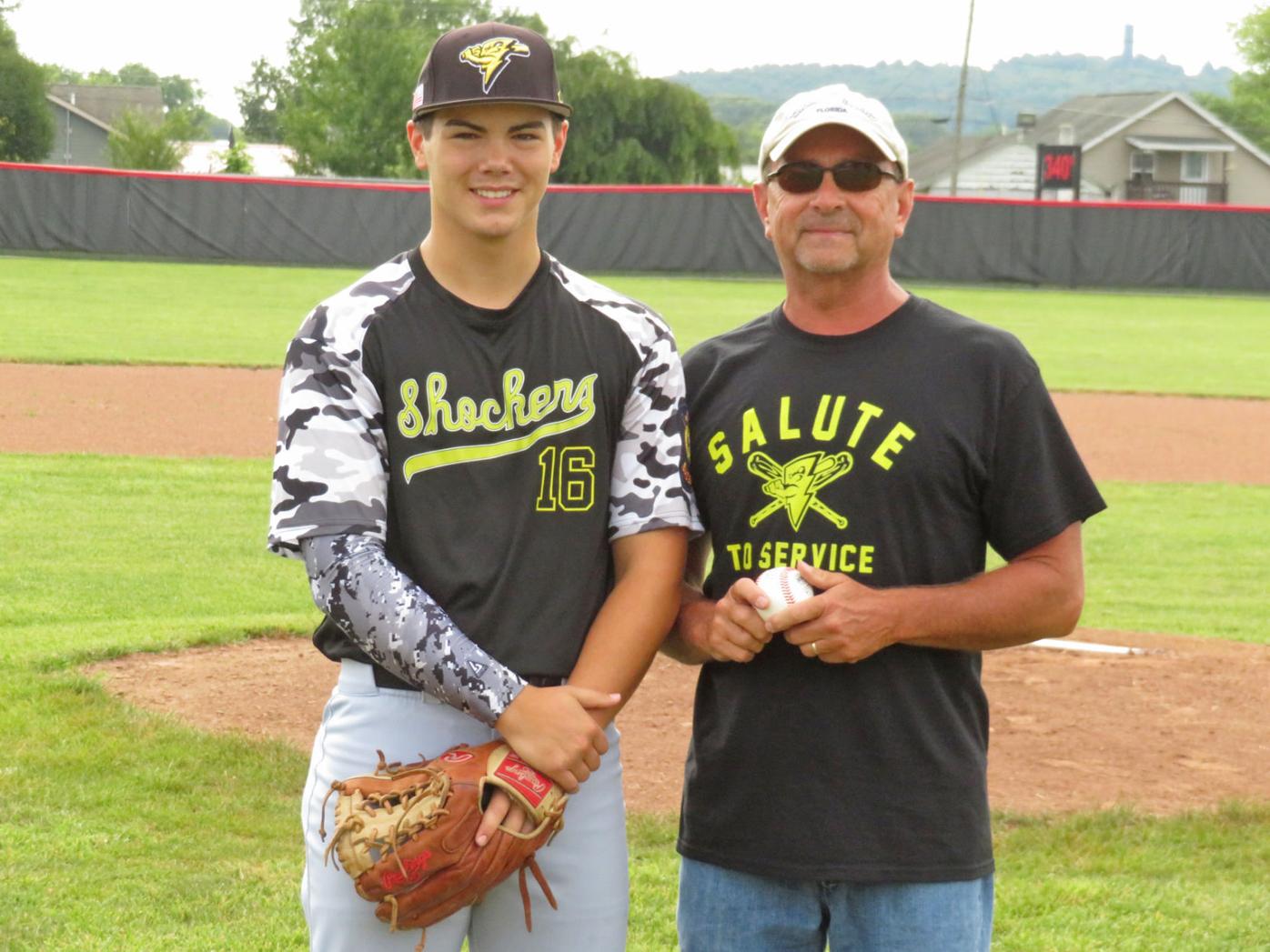 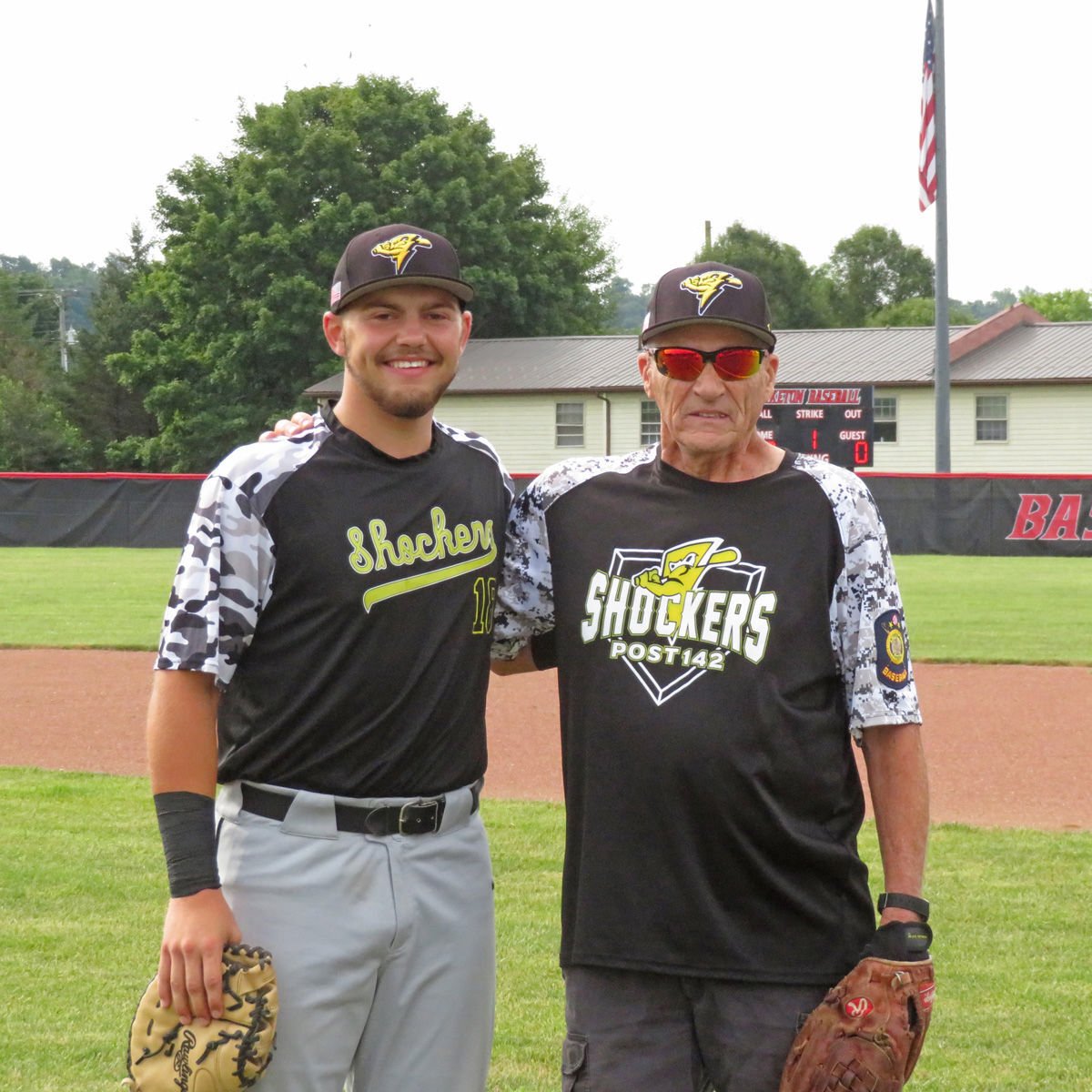 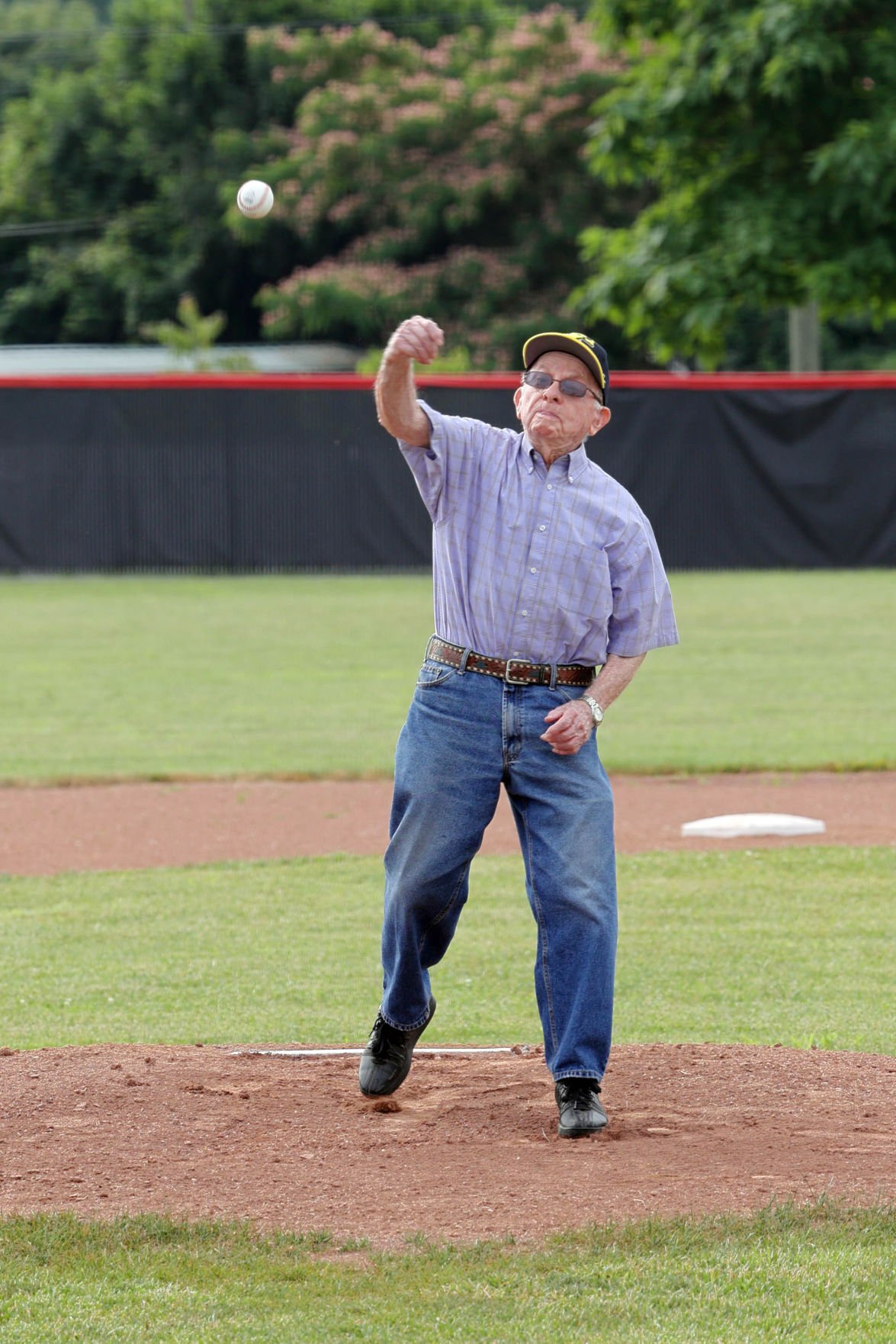 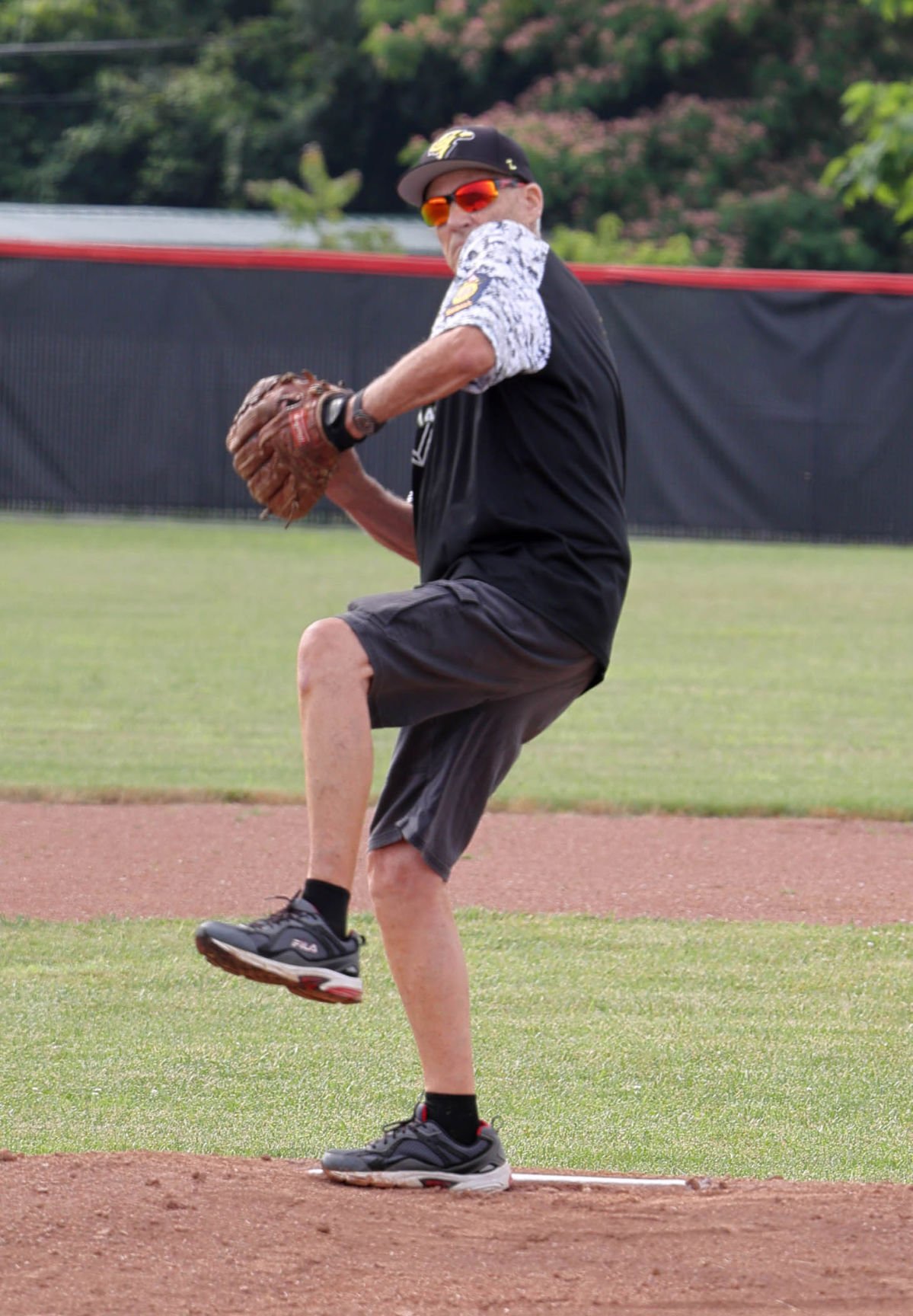 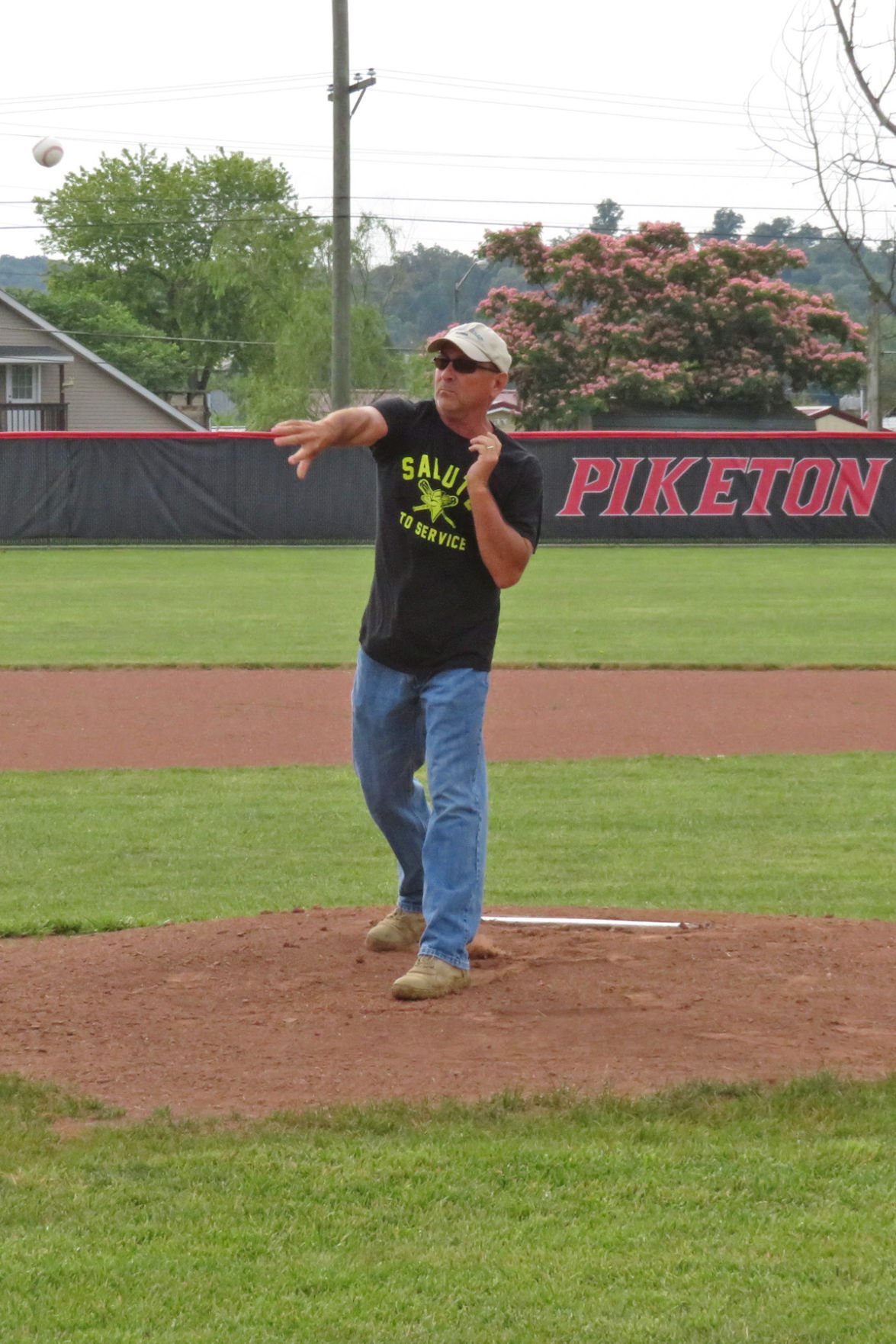 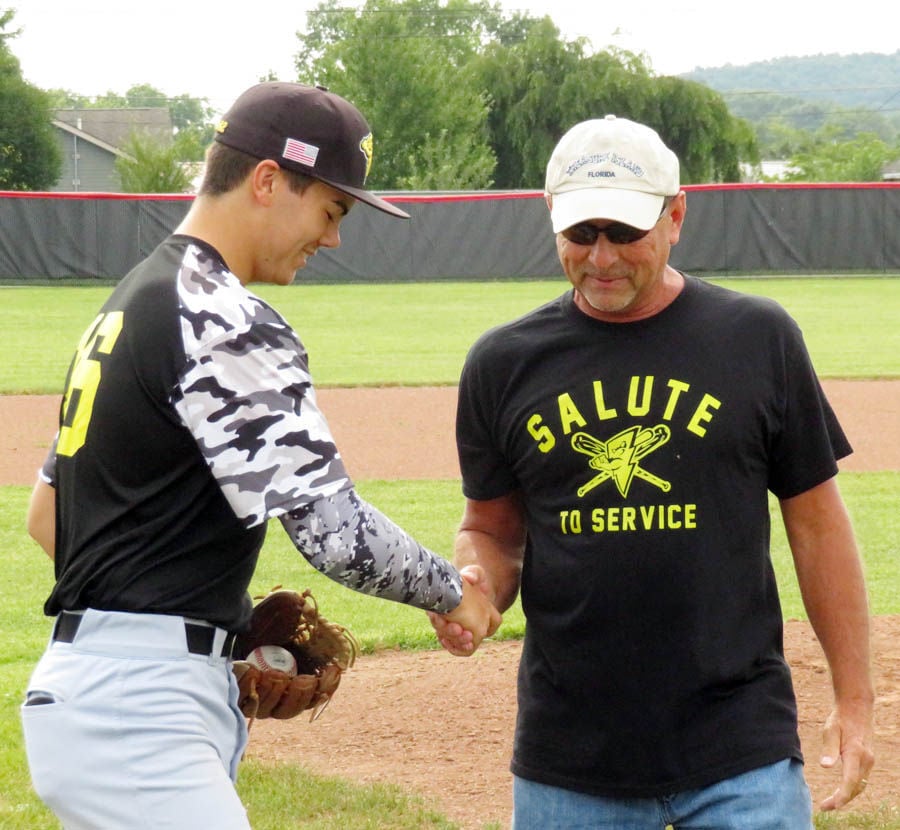 Without veterans, it is safe to say that American Legion baseball would not exist.

So on Saturday morning, it was only fitting that the Waverly Post 142 Senior Shockers baseball team took time to honor those who have served their country with the 11th annual Veterans Appreciation game. Three individuals threw out ceremonial first pitches, including George Resser, who served in the Army in Korea from 1965-1967; Dockie Tackett, who served in the Air Force from April 1976-1980; and Ezra Teeters, who served in World War II 1944-1946 and was a Prisoner of War (POW).

“We are always appreciative of all those who have served and currently serve our country,” said Waverly Post 142 Head Coach Jonathan Teeters. “Our country wouldn’t be what it is today without these important people.”

On the field, the Shockers squared off with Hillsboro Post 129 for what was supposed to be a double header, but the second game was washed out due to rain.

Hillsboro gained the early lead with a run in the top of the third inning before the Shockers responded with three runs in the home half of the inning to take control. They tacked on insurance runs in the fifth and sixth to record a 5-1 triumph — their first league victory of the year.

Post 129’s lone run came after a pair of walks and a hit batter filled the bases in the third inning with no outs. The Shockers turned a 4-6-3 double play when the next batter grounded to Ben Flanders at second. Flanders flipped the ball to shortstop L.T. Jordan, who then fired to Easton Lansing for the second out. One Hillsboro runner scored on the play. Then pitcher Derek Eblin was able to induce a fly ball to Jerrod Tackett in right field to end the threat.

The bottom of the inning saw Jordan and Weston Roop start the offense with back-to-back singles. Then Derek Eblin provided a sacrifice bunt that was misplayed by Post 129, resulting in the bases being loaded with nobody out. An error on Hillsboro’s pitcher allowed everyone to move up a base with Jordan scoring to tie the game. A groundout from Roger Woodruff gave Roop the opportunity to score and put Waverly in front 2-1. Eblin, who was waiting at third, scored on a passed ball, making it 3-1. J.T. Barnett and Peyton Harris had back-to-back singles before Flanders drew a walk to fill the bases. But a strikeout ended the frame, leaving the bases loaded.

Over the next three innings, Waverly starting pitcher Derek Eblin piled up five strikeouts. Woodruff added another in the final inning to close out the victory.

Scoring-wise, Woodruff was hit by a pitch to lead off the bottom of the fifth. He took second on a wild pitch and scored on a single from Barnett, 4-1.

Roop tallied the final run in the sixth inning on a double from Eblin, 5-1. Eblin tried to take third on Hillsboro’s throw home but was tagged for the third and final out. Defensively, the Shockers closed it out in the top of the seventh inning.

“Derek was solid on the hill for us,” said Coach Teeters. “That’s what we expect from him each outing.”

Eblin surrendered one earned run on one hit, while striking out eight and walking five in six innings of work. From the plate, Eblin was 1-for-3 with a double, one RBI and one run.

Woodruff closed it out on the mound without allowing a hit in the seventh, having a strikeout and walk. He also scored a run.

Barnett was 2-for-3 from the plate with one RBI. Roop was 2-for-4 with a pair of runs. Jordan was 1-for-3 with a run, while Harris and Easton Lansing each had a single as well.

With the win, the Shockers moved to 7-11 overall and 1-4 in South Central Ohio League play. They will head to Hillsboro on Wednesday for a 3 p.m. game with Post 129 at Shaffer Park.