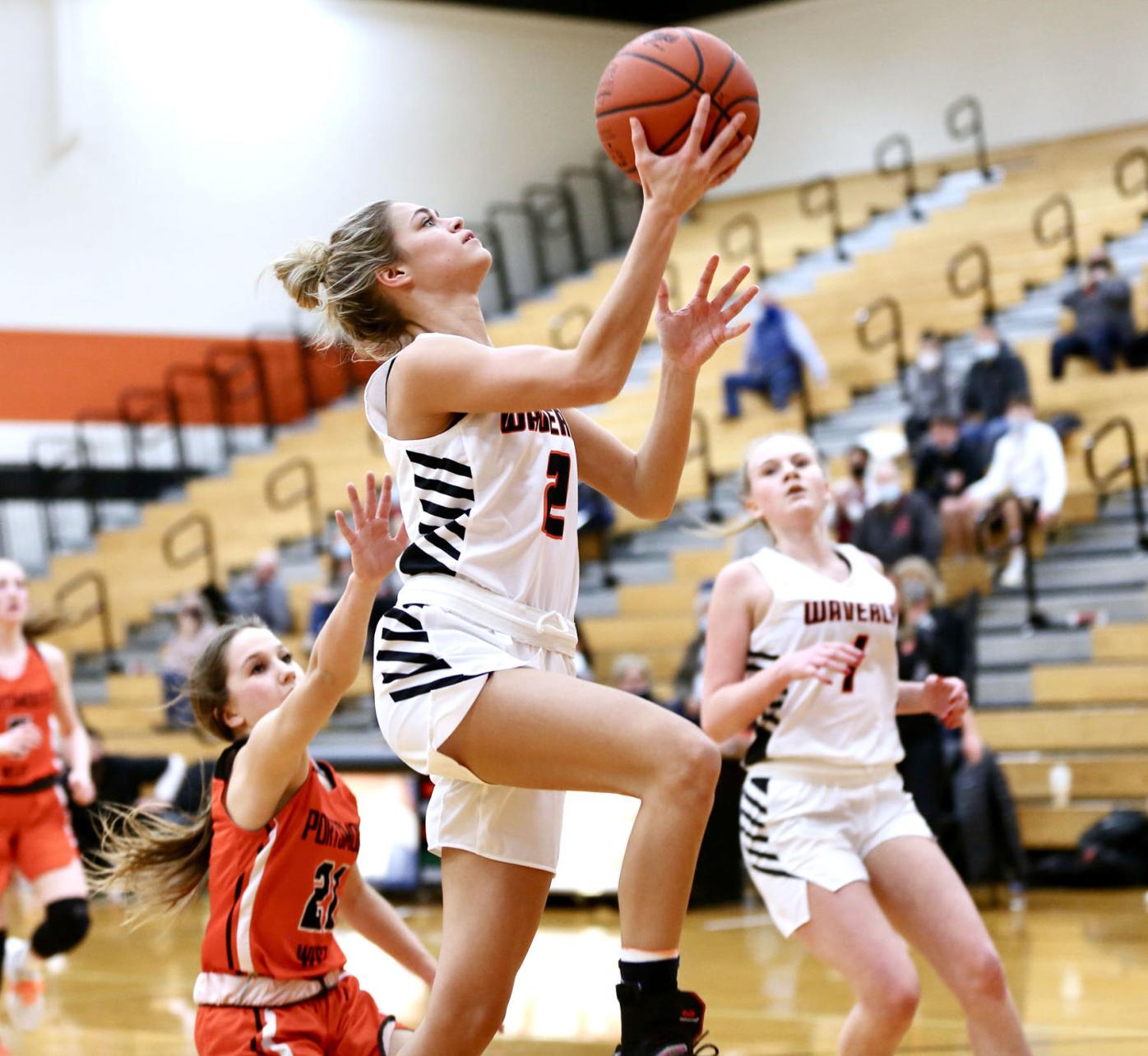 Waverly’s Carli Knight goes for a layup after stealing the ball away from one of the Lady Senators. 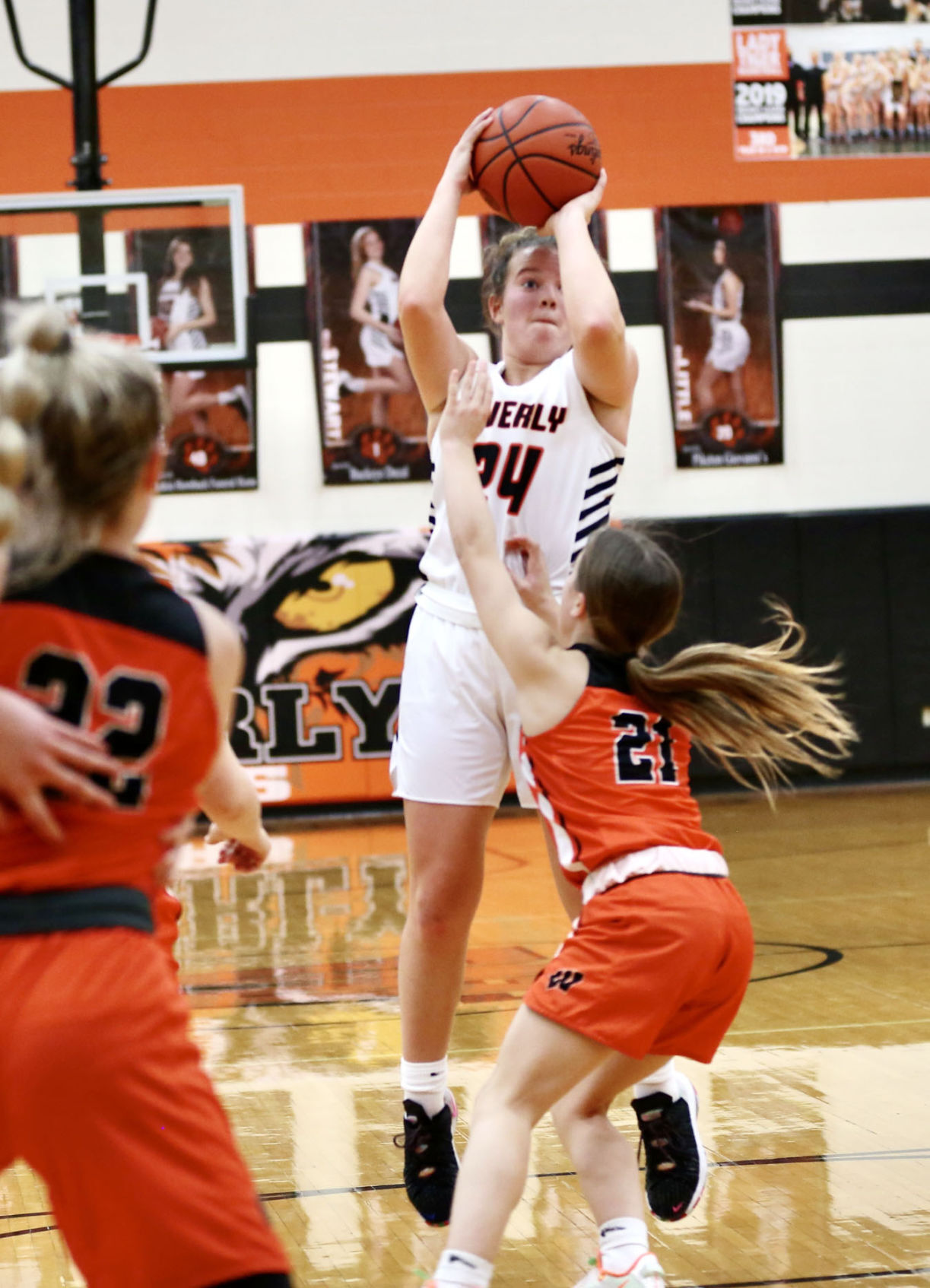 Waverly’s Zoiee Smith pulls up for a jumper near the foul line. 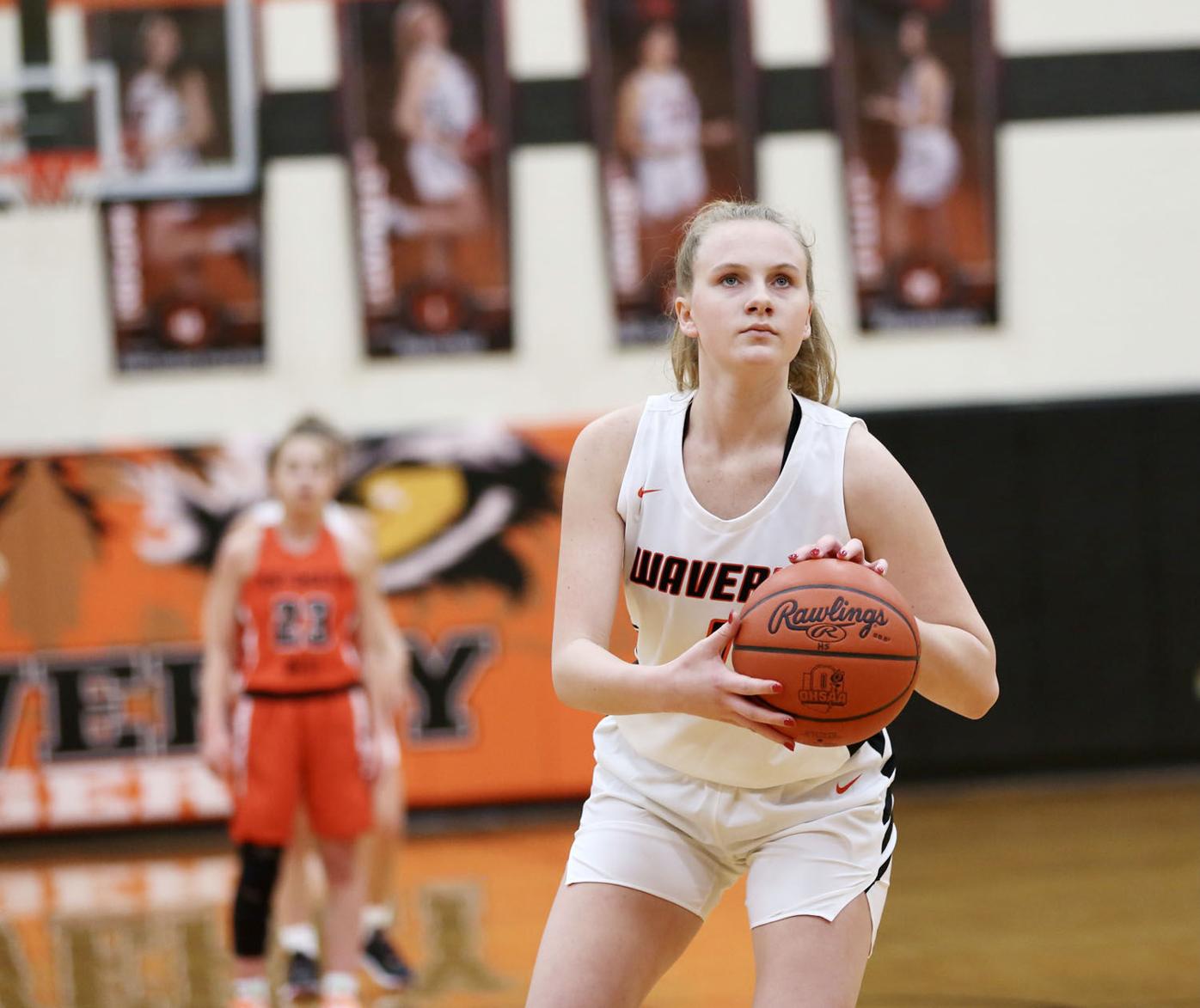 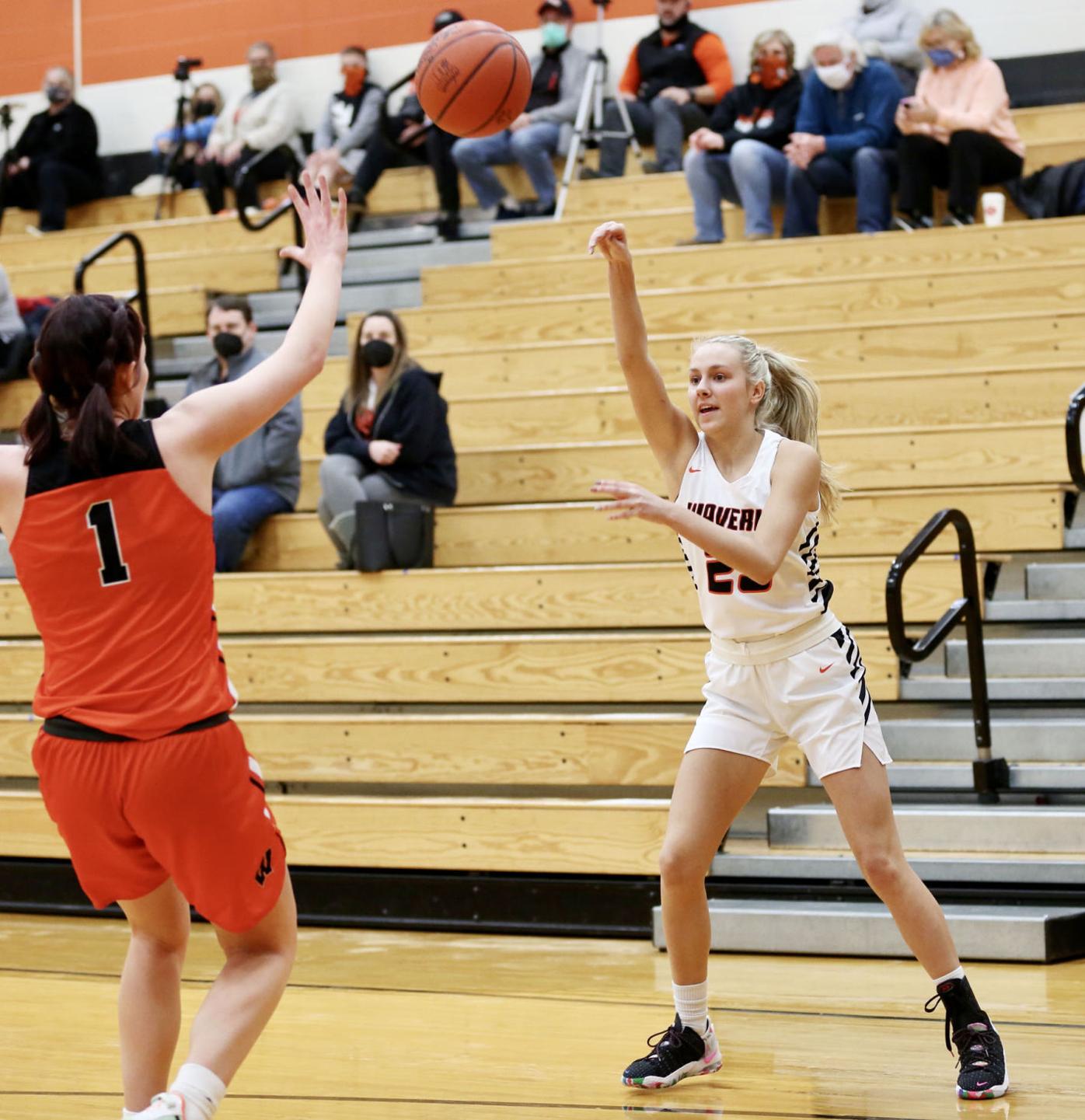 Waverly’s Delaney Tackett passes the ball over a defender toward the paint. 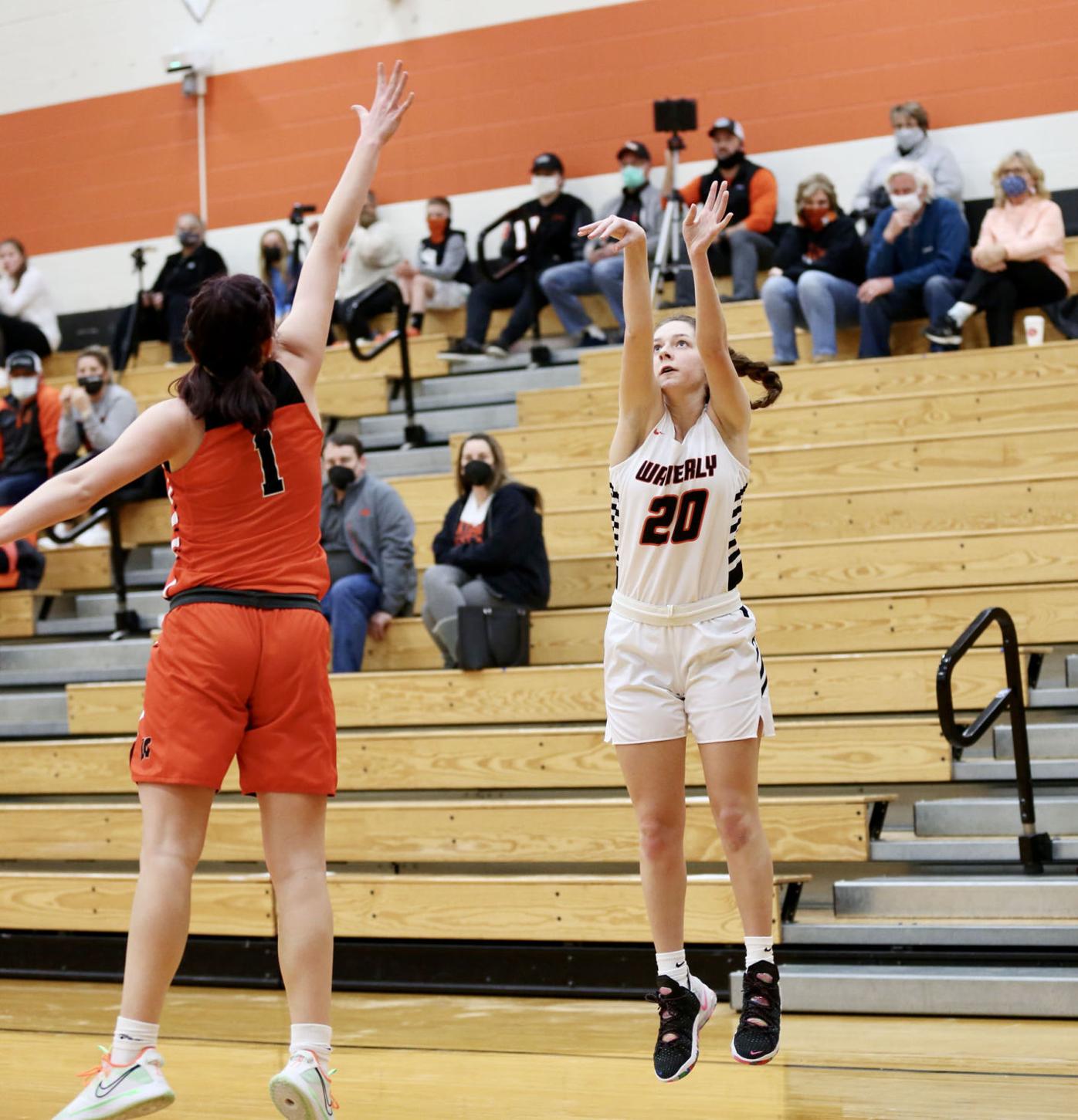 Waverly’s Ava Little fires a three-point shot over the outstretched arms of a West defender. 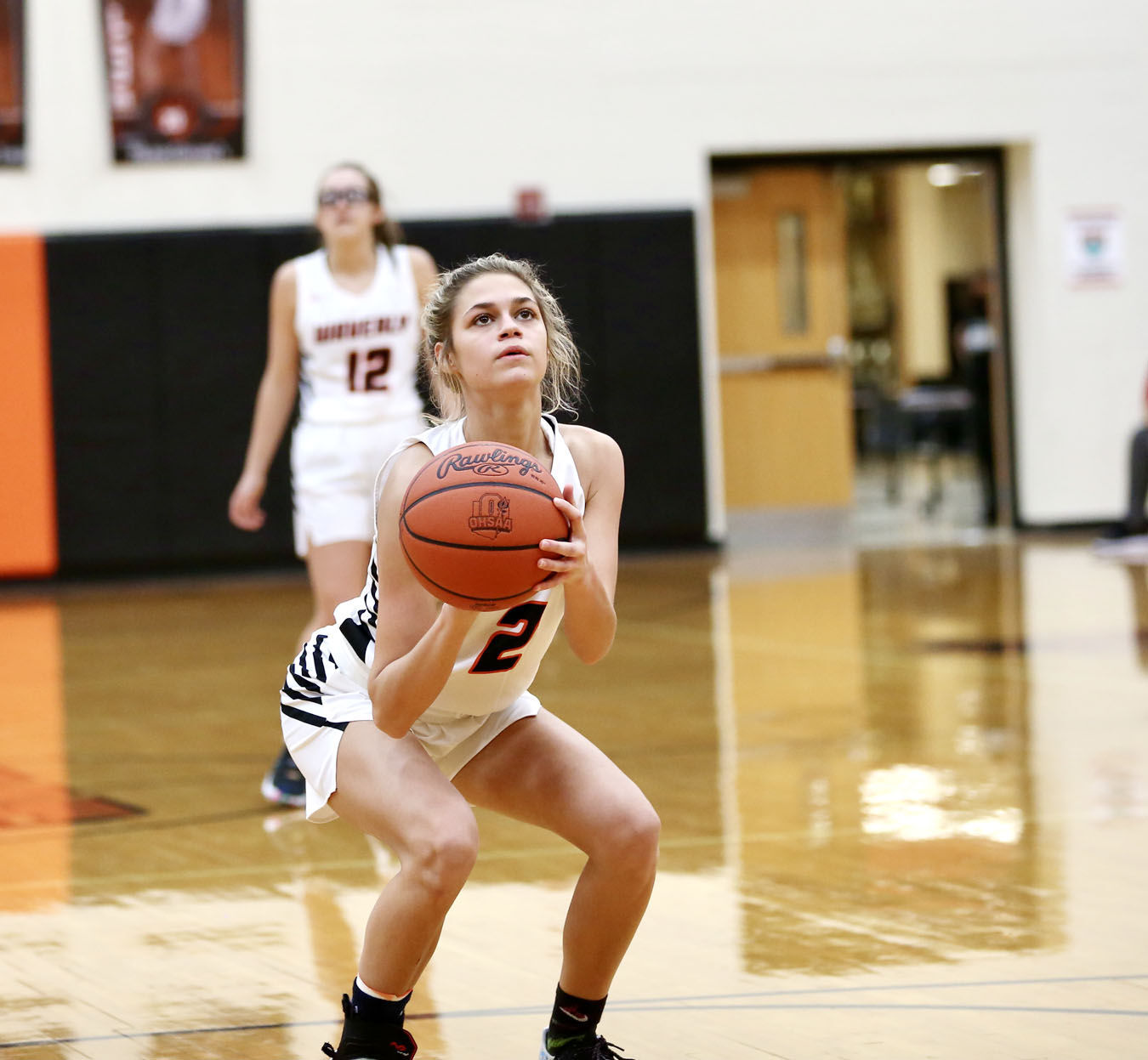 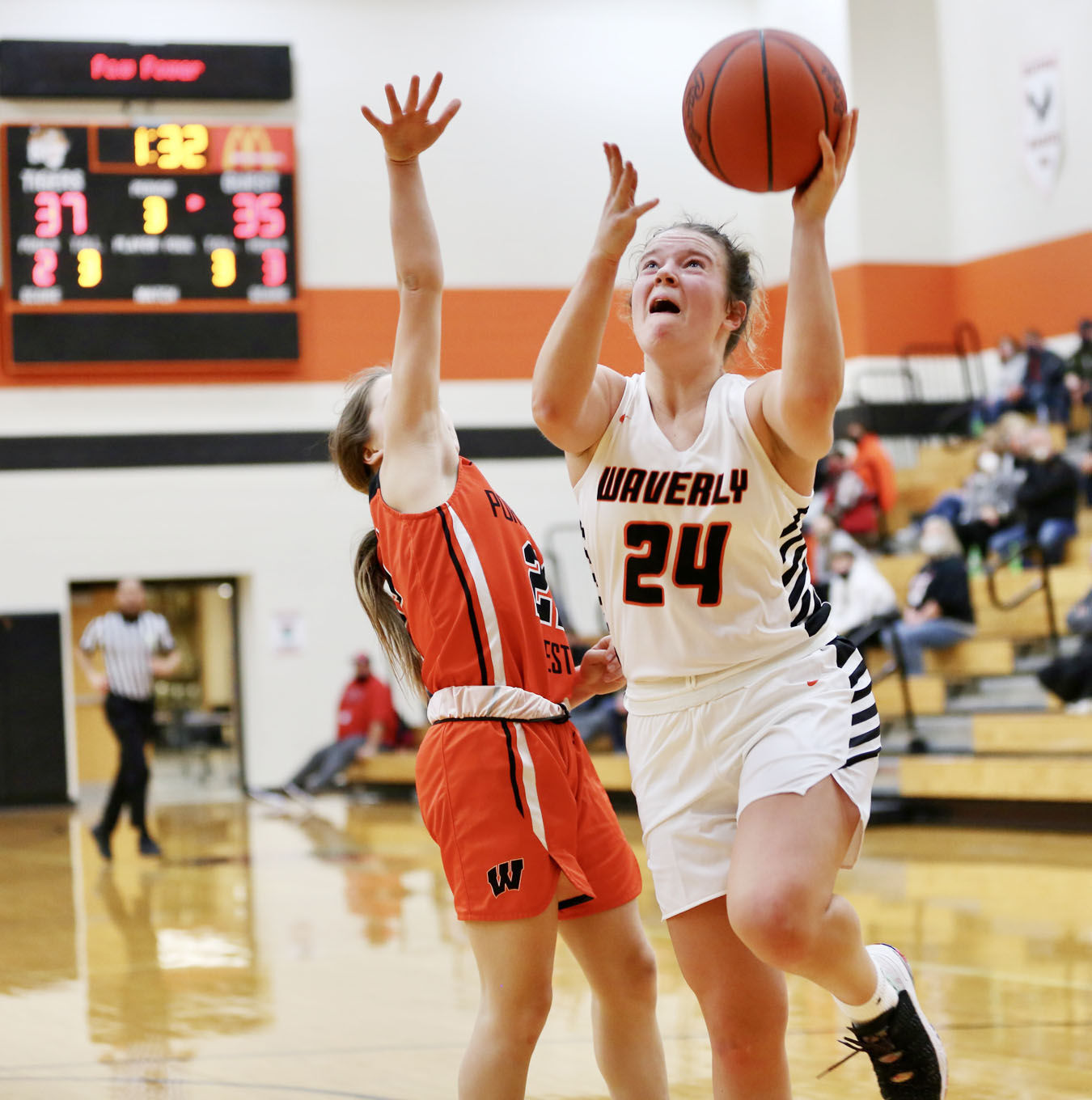 Waverly’s Zoiee Smith gets around a defender for a layup. 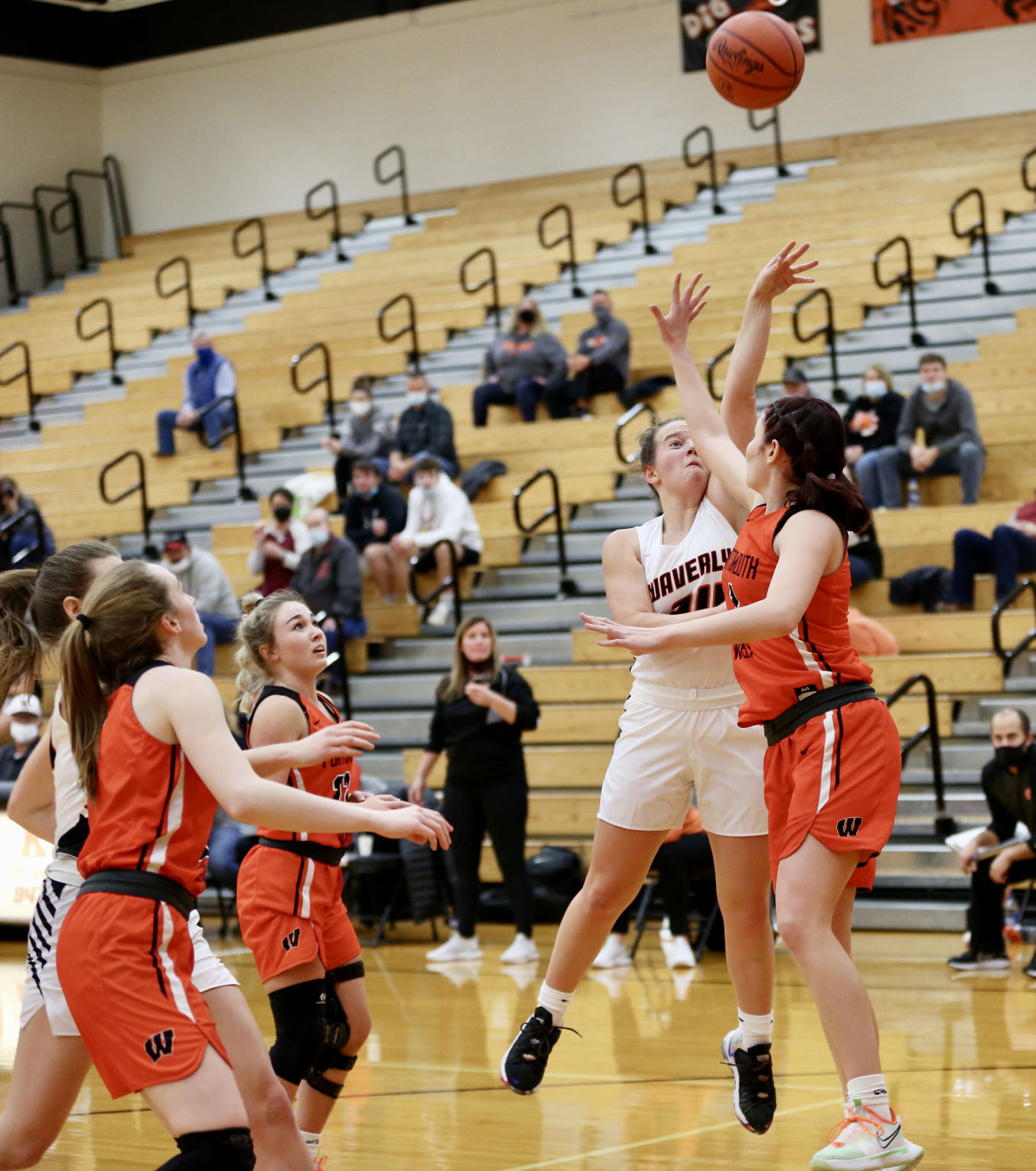 Waverly senior Zoiee puts up a floater over a Portsmouth West defender.

Waverly’s Carli Knight goes for a layup after stealing the ball away from one of the Lady Senators.

Waverly’s Zoiee Smith pulls up for a jumper near the foul line.

Waverly’s Delaney Tackett passes the ball over a defender toward the paint.

Waverly’s Ava Little fires a three-point shot over the outstretched arms of a West defender.

Waverly’s Zoiee Smith gets around a defender for a layup.

Waverly senior Zoiee puts up a floater over a Portsmouth West defender.

Thursday night pitted a veteran-led Waverly team against a young and scrappy Portsmouth West team. The Tigers put three in double figures as they split the season series with the Senators with a 56-47 victory and their fifth in a row.

“It was a huge win. They beat us earlier down there,” said Waverly coach John Bonifield. “They’re a young scrappy team that can knock down threes at any point. You never have a big enough lead, and they’re always in the ballgame.”

Portsmouth West got off to a fast start jumping out to a 10-4 lead with 4:24 to go in the first before making it 14-4 with 2:54 left in the quarter. Behind Paige Carter and Kelli Stewart the Tigers weathered the storm and used a 9-4 run the last 2:54 cutting into West’s lead 16-13 after the first quarter.

“We started out slow kind of feeling each other out. They got ahead of us early, but then we settled in on defense, got our rotations and assignments down, and then we started clicking offensively,” said Bonifield.

After the Senators went up 19-17 early in the second, junior guard Ava Little dialed in from long distance giving the Tigers a 20-19 lead. West then used a 7-1 run retaking the lead 26-21 before making it 30-26 with 2:20 left in the half. In the last 2:20 of the half, the Waverly defense held the Senators scoreless while Carter scored four points, making it a tie ballgame heading into the half.

It was a defensive battle in the third quarter, as the Waverly defense made everything difficult for the Senators, holding them to just five points. With 5:09 to go in the third, Carli Knight connected on a free throw giving the Tigers a 31-30 lead. However, West would take a 35-34 lead before Zoiee Smith went on a personal 5-0 run to end the quarter connecting on a triple and a layup, giving the Tigers a 39-35 lead heading into the fourth.

“We talked about tweaking and making minor adjustments to our rotations. I thought down low we were getting stuck on their post player and weren’t getting to the corner, which caused us some issues. They knocked down some threes and got penetration off that corner. So we just talked about the people down low in the zone can’t get caught up on the post player. You have to get out and cover the corner, and once we went over that with them, you could tell we were locked in defensively,” said Bonifield on halftime adjustments.

After West connected on a triple, cutting the Waverly lead to 41-40, Kelli Stewart scored off an assist by Carli Knight putting the Tigers back up 43-40 with 4:38 to play. That would be the closest the Senators would get as Waverly would control the clock and knock down their free throws down the stretch, taking the victory 52-47.

Rebounding proved to be key in the game as Waverly came away with 35 of them including 15 on the offensive end. “When we played down there, they out rebounded us by I think 30, so we put that in their minds the last two days of practice. We have to be more physical. We have to rebound. I thought Paige Carter, Sarah Thompson and Kelli Stewart did what we needed then to do and Paige got a big rebound at the end of the ballgame, which was crucial. When we rebound like that we’re dangerous.”

Statistically for the Tigers, Carter led the Tigers with 14 points and nine rebounds, while Zoiee Smith and scored 12 points along with 5 steals. Sarah Thompson was also in double figures with 10 points to go along with eight rebounds. Stewart chipped in with eight points and five rebounds, while Carli Knight scored six points. Ava Little and Michaela Rhoads each connected on a triple, scoring three points. Waverly was 18-of-39 from the field, hitting three trifectas, and 17-of-24 from the free throw line. They turned the Senators over 20 times but committed 26 of their own.

Up next for the Tigers is a make-up game Saturday, as they travel to Northwest before hosting South Webster and Wheelersburg on Jan. 11 and 16.

“We’re in that state where we have a lot of games for the rest of the season. We have a tough one Saturday down at Northwest,” said Bonifield. “We’ve won five in a row now. It seems like we are understanding what our role is on the team and our identity, and I think we can be special.”