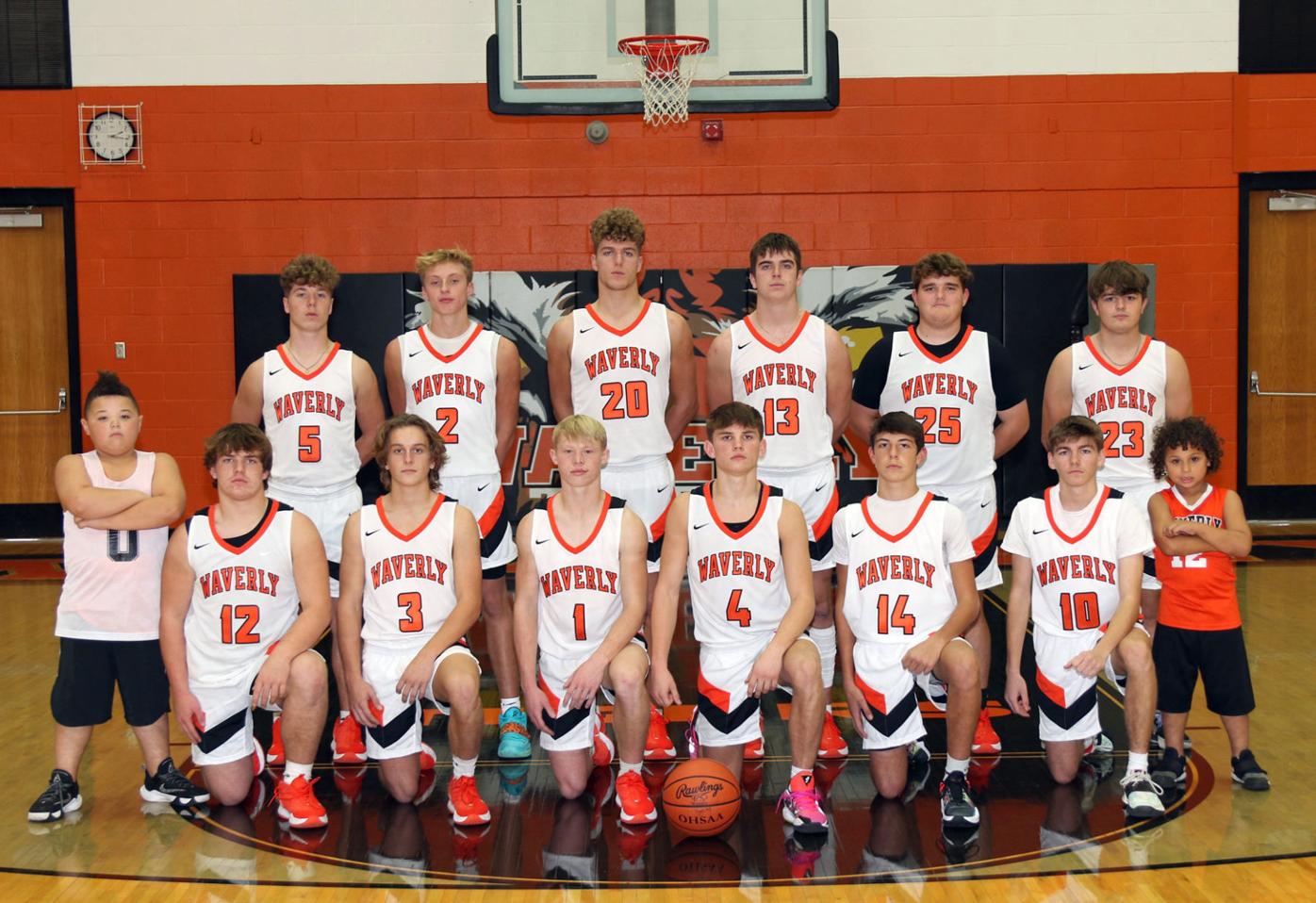 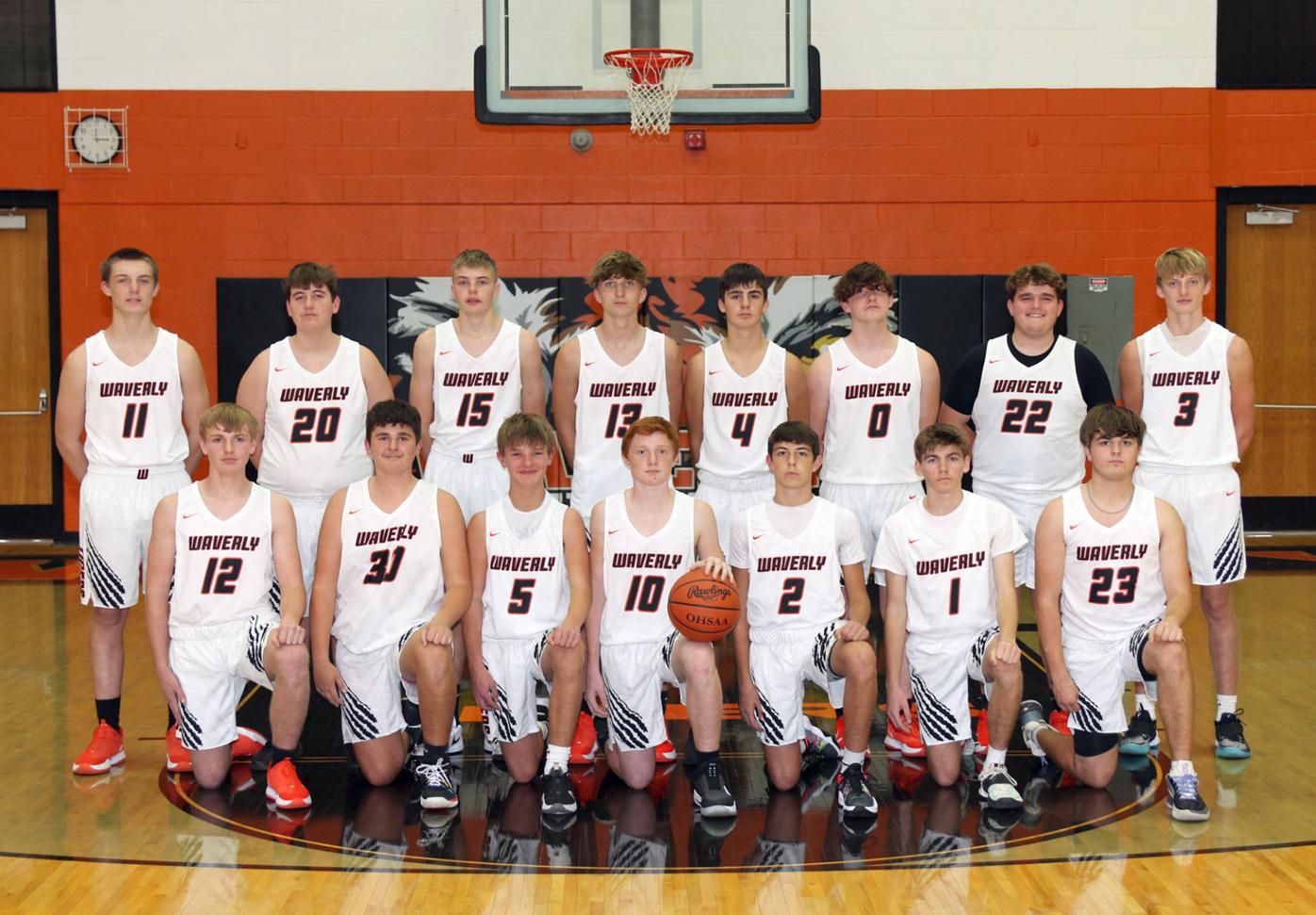 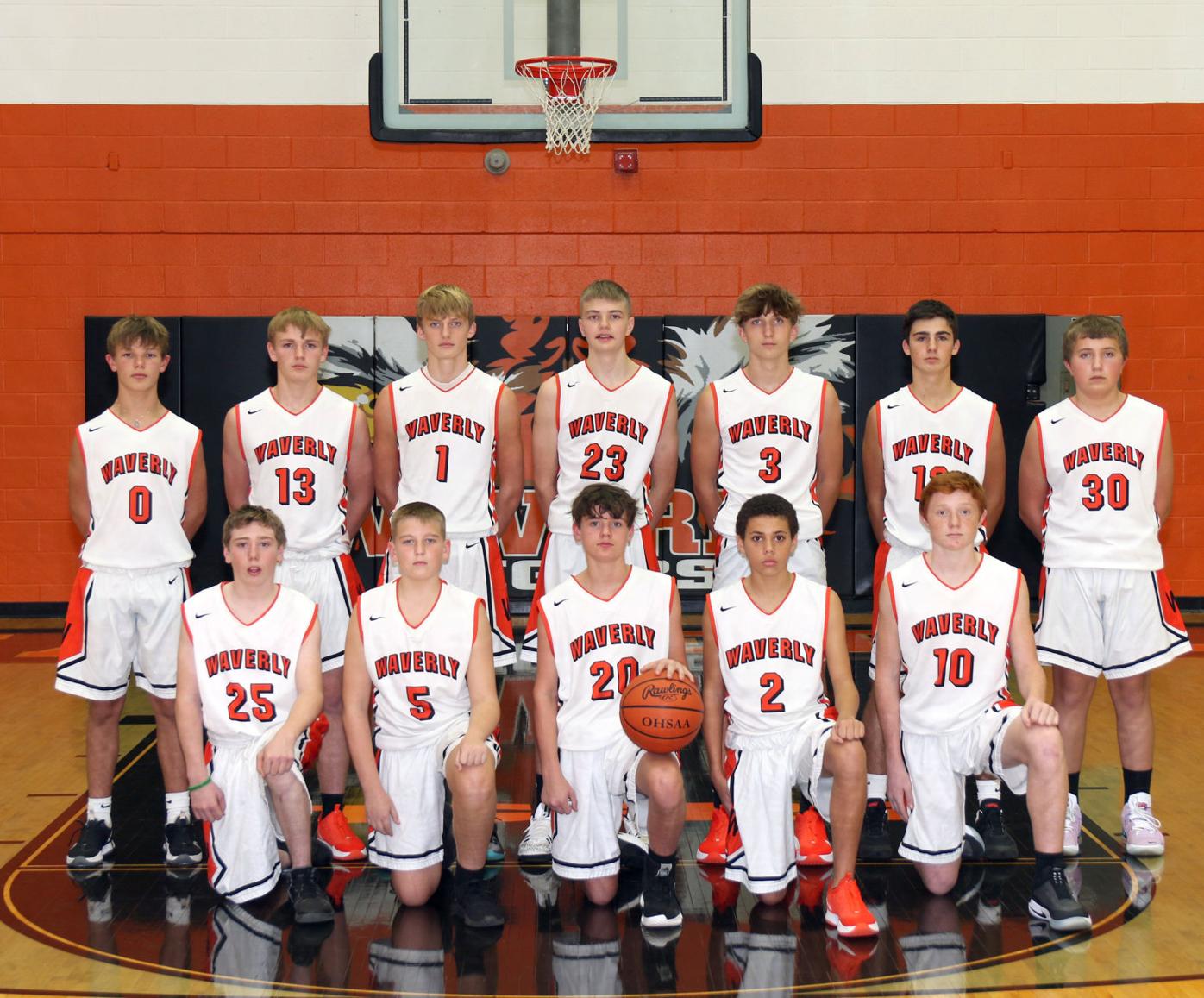 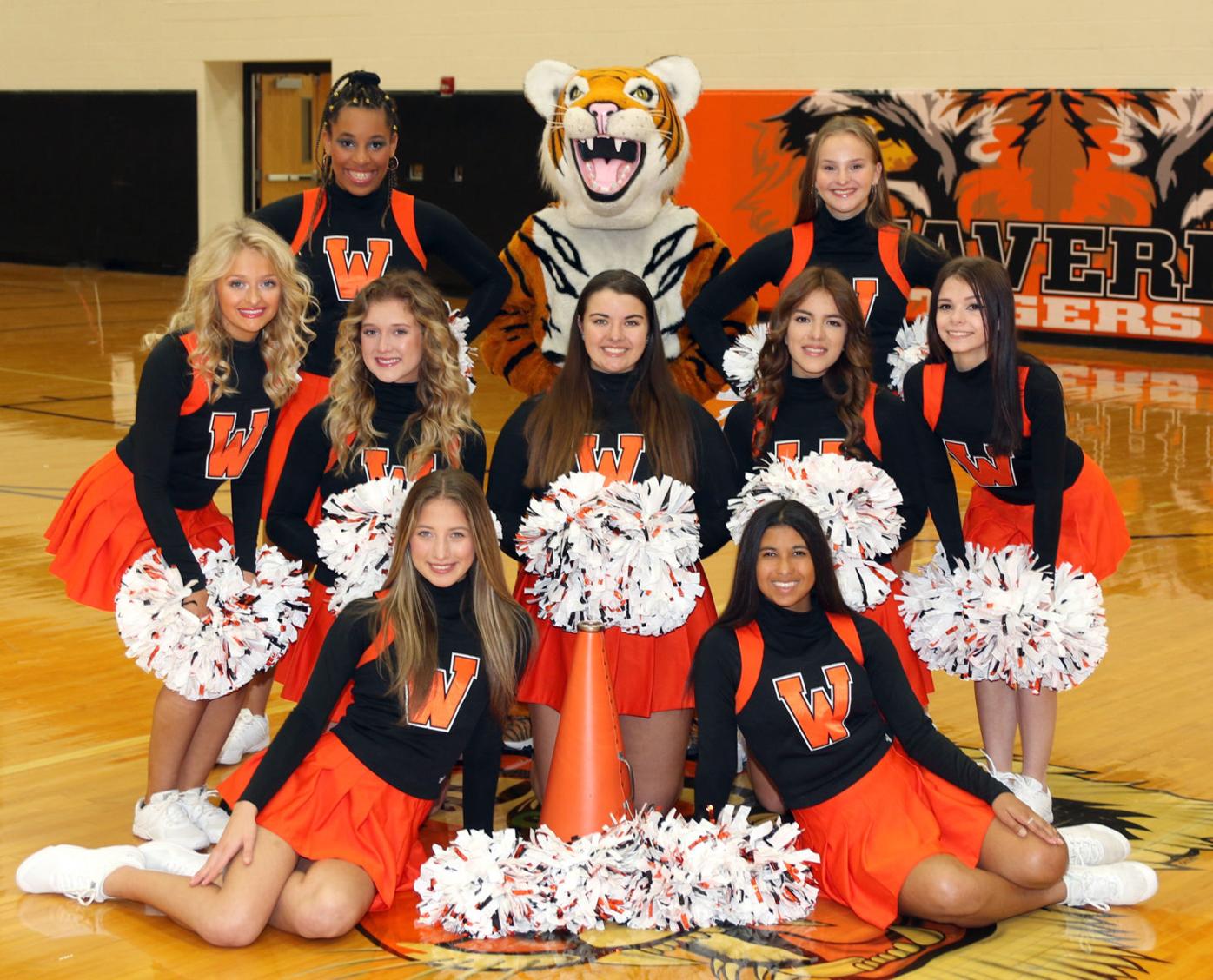 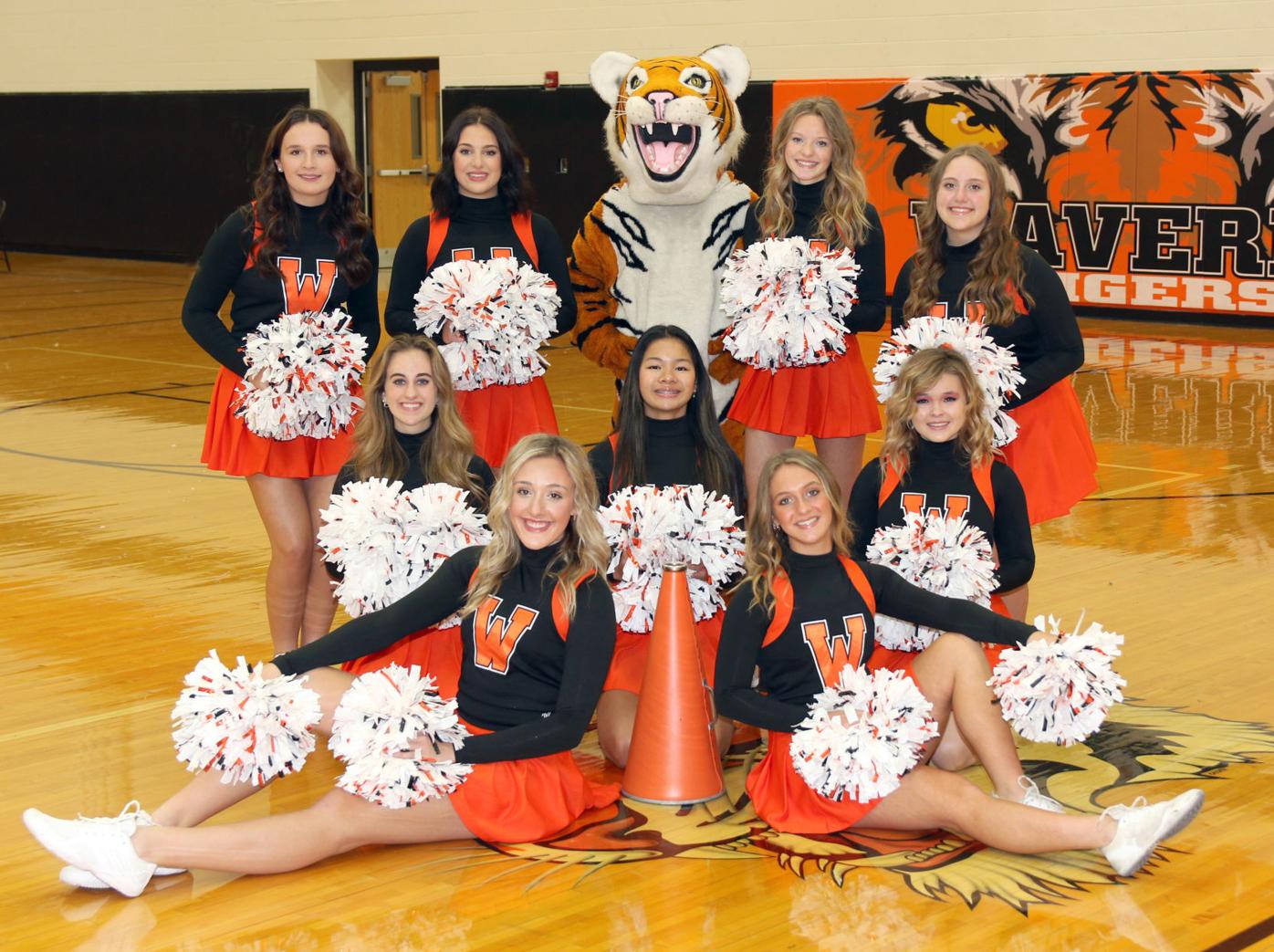 This is the year.

Waverly’s senior class has had quite the run of athletic and basketball success all the way through school. Now the time has arrived for those guys to finish their high school basketball careers with what they hope will be a long tournament run.

The senior group is led by four-year starter Trey Robertson who scored his 1,000th career point on Jan. 19, 2021 as a junior. After finishing his junior season with more than 1,300 points, Robertson is fast approaching the career scoring record of 1,665 points set by 2012 graduate Jake Kretzer.

This year’s senior group is six members strong, including Trey Robertson, Mark Stulley, Will Futhey, Wade Futhey, Drake Teeters and Penn Morrison, who is playing for the first time since junior high.

“This is a special group to me from the time when they were little and we started to get into the gym,” said Waverly coach Travis Robertson. “Drake, Mark, Will, Wade and Trey have grown up playing in all of these tournaments and traveling around. It has been exciting and fun. It is really hard to believe that it is coming to an end this year. We want to make the most of it. They deserve it. Hopefully it is a special year for them. They’ve put a lot of work into this.”

Robertson is glad to have Morrison join the team, as the Tigers were in need of some size and strength in the post.

“Penn adds depth. He’s long and athletic. Right now I think he’s playing a little timid and still understanding the terminology. He’s a perfectionist. He doesn’t want to mess up, but I think as the season goes on he will relax and play,” said Robertson.

“The way we play by getting up and down the floor will fit Penn. He is really good at running the passing lanes and played safety on the football team. He does a great job of closing on balls. I think Penn will fit that role of playing the back line of our press with our run and jump.”

It will be a special year for Coach Robertson, who will have the opportunity to coach both of his sons on the same team. Braylon, a freshman, joins the roster a little banged up after having a breakout season as a linebacker for the Waverly High School football team.

“This has been a long time coming. We’ve been waiting on the time when Trey and Braylon would be playing, and I would be coaching. To be able to do it with them together is special,” said Robertson.

“In the summer, Braylon was one of our top guys. I knew Braydon would compete, defend and bang. This summer he gave us offense, too, which is something we need. He was really consistent. Braylon won me over and won the guys over, too.”

Junior Hudson Kelly will be another key contributor for the Tigers and will also add some much-needed height.

“I always talk about the summer, and Hudson and Braylon were the two bright spots that seemingly came out of nowhere for us. Hudson is fairly athletic, ran the floor hard, rebounded, and did a good job defensively,” said Robertson. “He’s still learning what expectations we have of him. I think if Hudson just plays hard, gets up and down the floor, and is aggressive, it will work out for him.”

Sophomore Caden Nibert will also be a varsity contributor this season.

“Caden is athletic and does a great job on the defensive side. He has work to do offensively, but all of us do,” said Robertson. “Caden will be able to come in and give us spot minutes. He has a lot of energy. I look for him to get better and better as the season goes.”

In order to prepare the group for a potential tournament run, the Tigers have beefed up their non-league schedule. The Tigers will be playing some Division I schools like Upper Arlington and Newark, along with some other tests, including Hurricane, West Virginia, and Colonel Crawford.

“For me, it isn’t about my win and loss record. We want to test ourselves. For me, it’s about us preparing ourselves to make a run in the postseason,” said Robertson. “The only way you can do that is by playing tough competition. Looking at our schedule top to bottom, it has to be one of the toughest in the area, especially southern Ohio.”

The Upper Arlington game will be played as a part of a one-day shootout, sponsored by S.O.C.S. Wireless in the downtown gymnasium, on Dec. 30. It will begin at noon when Piketon and Minford play. At 2 p.m., Logan Elm will face Bishop Ready. At 4 p.m., Unioto and Gallia Academy will play. Jackson and Jonathon Alder follow in the 6 p.m. slot. Then the Tigers will square off with Upper Arlington at 8 p.m.

“We wanted to make sure we had good teams in this event. We are going to be tested all year,” said Robertson.

As far as Southern Ohio Conference Division II play, Robertson had this to say: “People are thinking we are going to be at the top of the league. When you have that target on your back, you are going to get everyone’s best shot. We’d better be ready.”