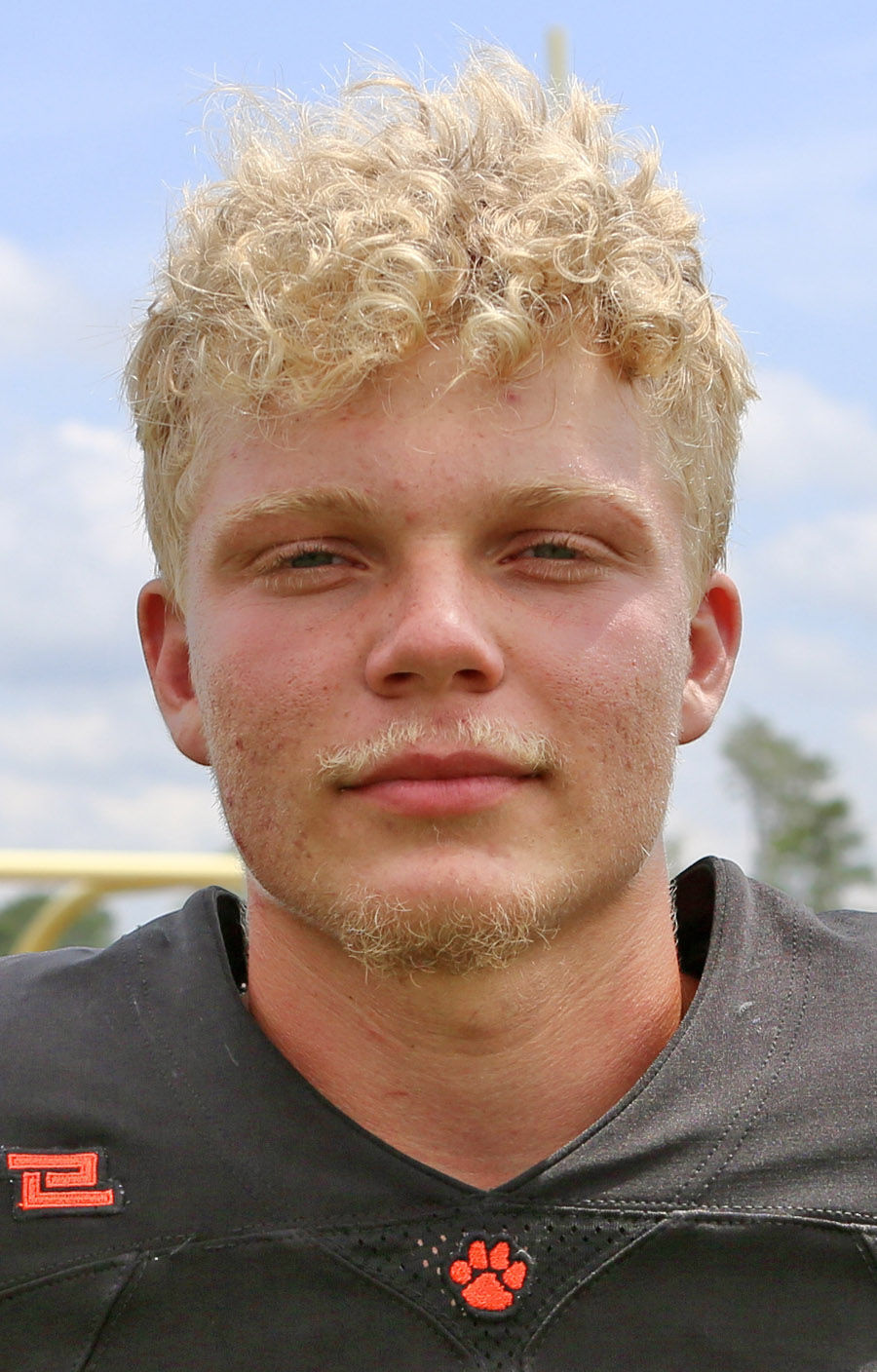 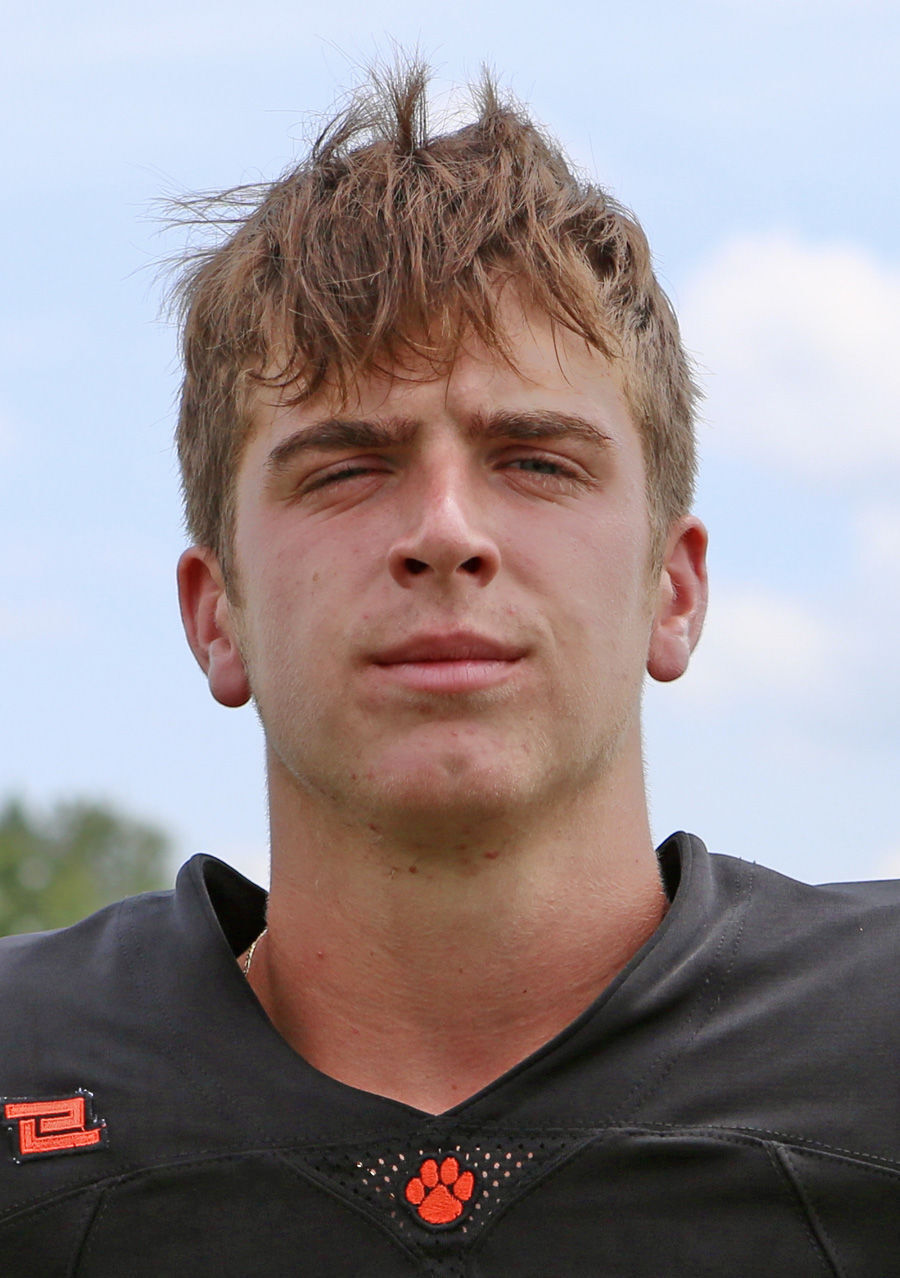 Facing a one-win Oak Hill Oaks on the road Friday night to close out the regular portion of the 2021 high school football season, the Waverly Tigers took care of business and roared to a 42-0 lead by halftime for a win by that same score when time expired.

Efficiency was a staple of Waverly’s offensive performance in the opening half. According to statistician Matt Snodgrass, Waverly had five first downs in the opening half. On the ground, the Tigers had 5 carries for 17 total yards and 153 yards through the air of 5-of-6 passing. In total, Waverly ran 11 plays for 170 yards and possessed the ball just two minutes and 58 seconds, adding up that 42-0 score.

In contrast, Oak Hill had four first downs, having 29 carries for 55 yards. Just 1-of-3 passes was completed for no gain. In total, the Oaks ran 32 plays for 55 yards and owned the time of possession at 21 minutes and 10 seconds. The longest possession for the Oaks came when they received the opening kickoff at the start of the game and used up about seven minutes of clock time.

During that long opening drive, the Oaks got the ball to midfield where a tackle for loss from Waverly’s Wyatt Crabtree made it 3rd-and-long, leading to the eventual Oak Hill punt.

The Tigers started their first drive on their own 30-yard line. Two plays and 33 seconds later, Penn Morrison sprinted into the end zone after catching a pass from quarterback Wade Futhey and outdistancing the Oaks for a 67-yard touchdown. Keagan Smith’s kick made the lead 7-0.

It didn’t take long for the Waverly defense to get another stop, forcing the Oaks to go three-and-out. When the Oaks punted the ball away, Morrison made his presence known in the return game. He fielded the punt from the Oaks at the 50-yard line and returned it along the sideline back to the Oak Hill 12-yard line. On the first play of the drive, Wade Futhey passed to Morrison for a gain of 10 yards. On the second play, Jase Hurd took the handoff and scored on a 2-yard run, extending the lead to 14-0 with 1:23 left in the first. That drive took just 54 seconds.

Then it was time for Morrison to make a play on defense, snagging an interception and running along the sideline where he was pushed out by an Oak. Waverly started the drive with the ball in the red zone, which led to Hurd’s second rushing touchdown of the game, covering 11 yards. That made the Waverly lead 21-0, having used just 36 seconds on that drive.

On their next possession, the Oaks elected to go for it on 4th-and-5 on their own 48-yard line, but Will Futhey and a streak of Tigers stopped the run short of the line to gain.

Waverly’s next touchdown came with 6:38 left in the second quarter. Will Futhey collected a short pass from his brother Wade at the line of scrimmage and outdistanced defenders 47 yards for the touchdown and 28-0 lead. That drive used all of 12 seconds.

The next Waverly touchdown was credited to J.T. Barnett who recovered a fumble in the end zone for the Tigers, extending the lead to 35-0.

Capping the scoring, Wade Futhey connected with Penn Morrison for a 9-yard touchdown to make it 42-0, just before time ran out in the opening half.

Individually in the first half, Waverly senior quarterback Wade Futhey passed for 3 touchdowns in his 5-for-6 performance for 153 yards, also having one interception. Penn Morrison was the leading receiver with 3 catches for 89 yards and a pair of touchdowns, and added an interception on defense. Will Futhey caught one pass for 47 yards and a TD. Mark Stulley caught one for 17.

Jase Hurd carried the ball 4 times for 24 yards and had a pair of touchdowns. Senior J.T. Barnett also had a fumble recovery in the end zone for a TD. Waverly senior kicker Keagan Smith was 6-for-6 in point-after kicks.

Waverly finishes the regular season with an overall record of 8-1 and wraps up second place in the Southern Ohio Conference Division II standings with a 4-1 record.

Although the opponent and the final ranking in the Division IV Region 16 football standings were not officially known as of press time, the Tigers are almost guaranteed to have a home playoff game on Friday, Oct. 29.

According to Joe Eitel’s unofficial OHSAA football rankings website (joeeitel.com), entering tonight’s game, the Tigers were listed as very likely a top eight seed, which means they will begin the post-season at home. At press time, they were sitting fourth in the region, which would mean they could potentially host two home playoff games, provided they stay in the fourth spot and win their first post-season game on Oct. 29.

The Ohio High School Athletic Association will release the official pairings on Sunday, Oct. 24. More information about the upcoming playoff game will run in Wednesday’s print edition of the Pike County News Watchman and online at newswatchman.com/sports.