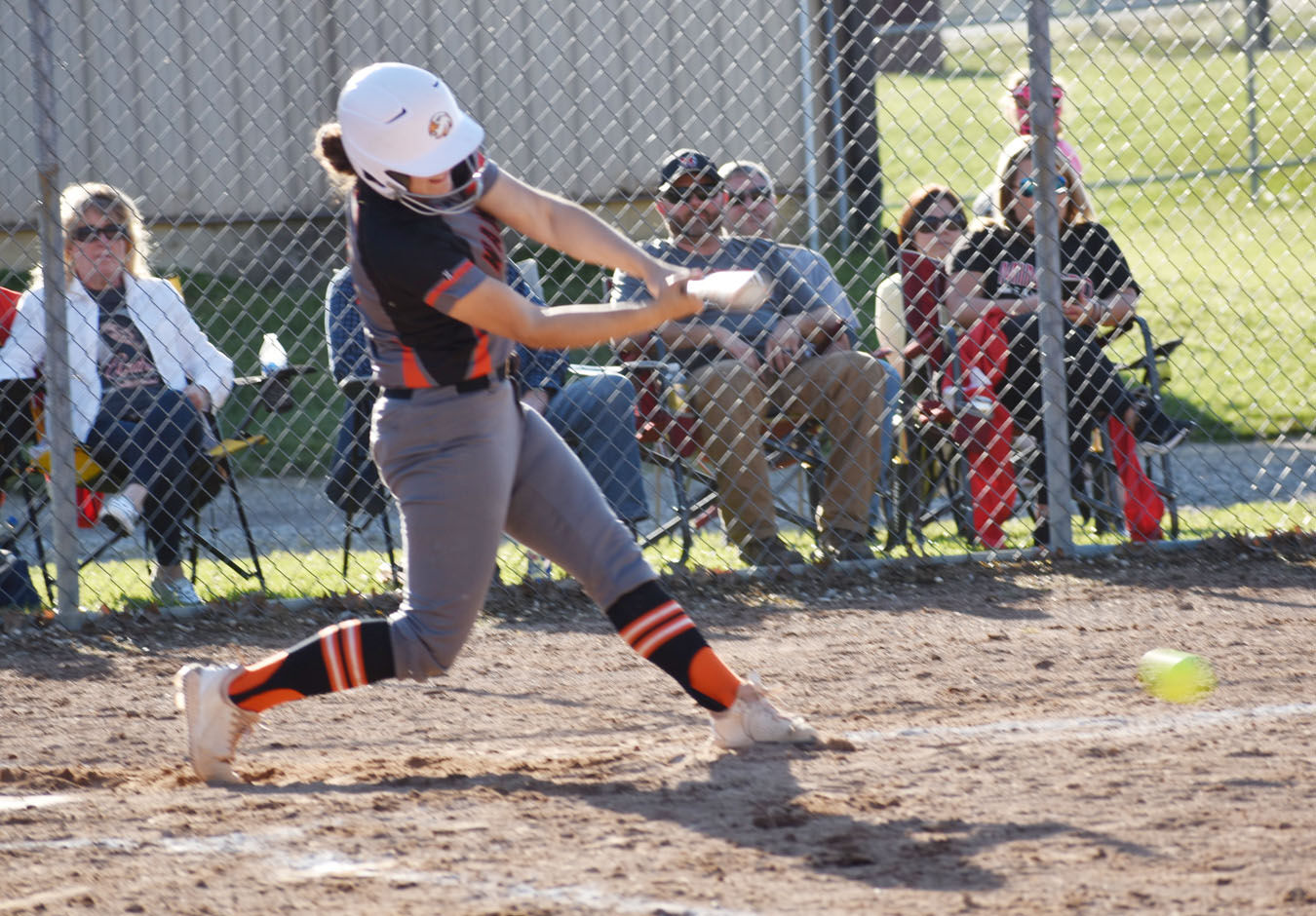 Abbie Marshall takes a swing, Monday, in the Lady Tigers win over Minford. Marshall finished the game 2-for-4 with two RBIs. Marshall ended the week with six hits and eight RBIs. 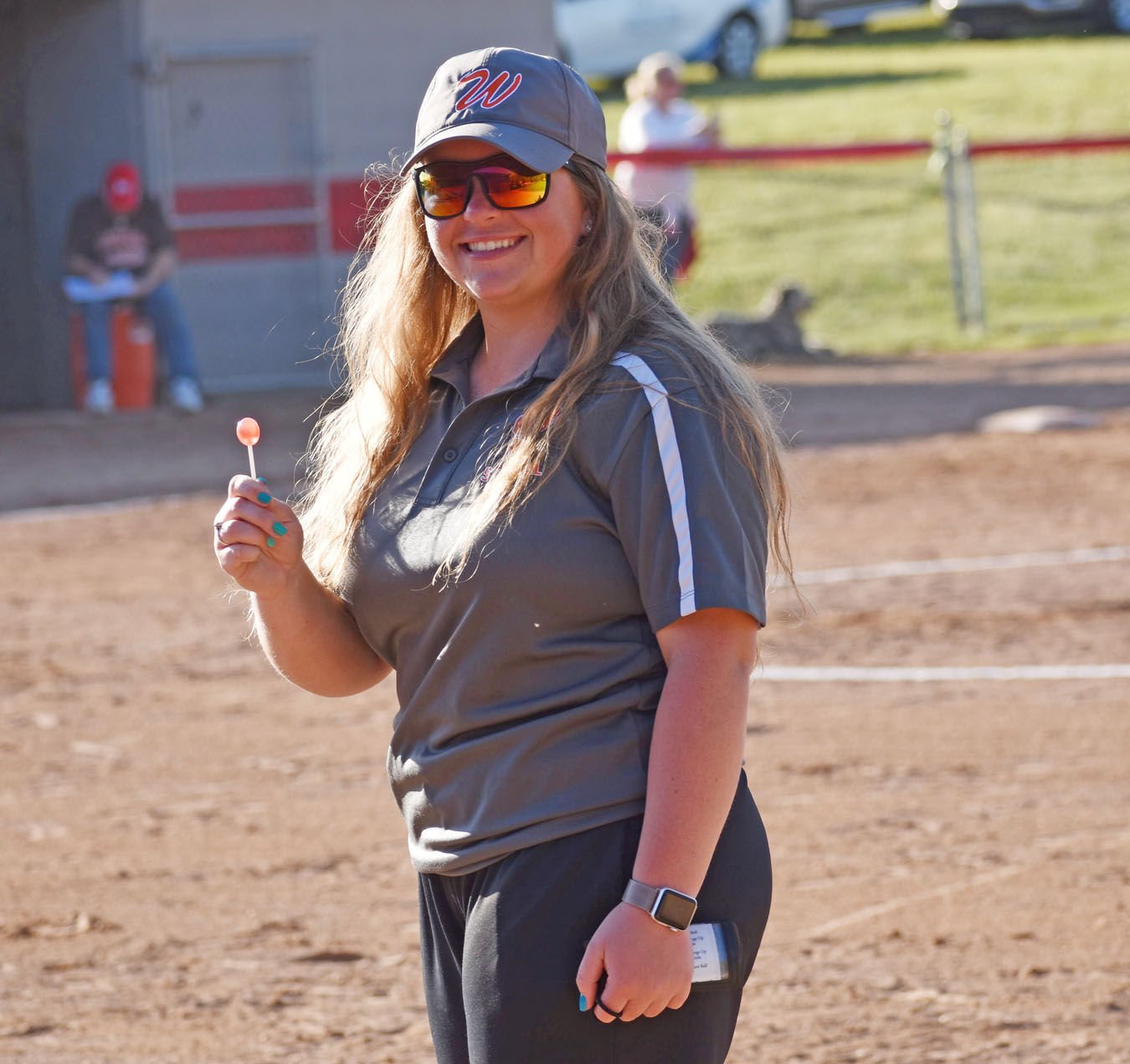 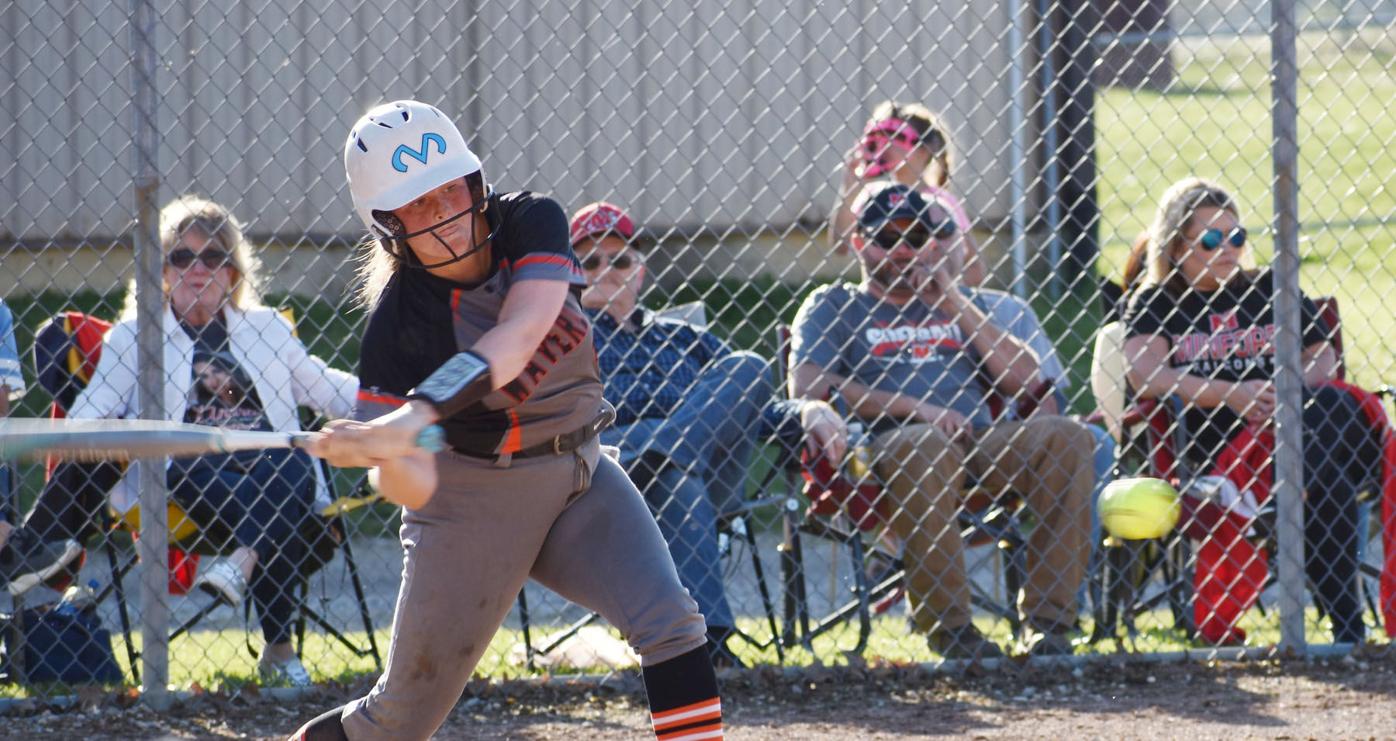 Abbie Marshall takes a swing, Monday, in the Lady Tigers win over Minford. Marshall finished the game 2-for-4 with two RBIs. Marshall ended the week with six hits and eight RBIs.

Monday, the Lady Tigers picked up a 21-10, five-inning win at Minford. Next Waverly earned a 12-2 triumph over Eastern on Tuesday. On Wednesday, the Lady Tigers secured a 10-1 win over Oak Hill to give them a perfect 3-0 record versus SOC II opponents for the week.

“Tonight was the last night you could update your record before the sectional (seeding) vote,” Waverly head coach Scott Hayes said. “We told the girls, at the beginning of the week, this was a three-day tournament and we had to win all three. We had to play hard, we had to play well, and we got better each day.”

The victories sets the Lady Tigers’ record at 11-5 heading into the sectional tournament seeding.

Camryn Campbell notched wins in all three games this week. Campbell pitched four plus innings at Minford, four innings against Eastern and five innings on Wednesday against Oak Hill.

Waverly scored 21 runs against Minford. Ten of the 21 came in the two innings, with Waverly scoring seven runs in the first frame and adding three more in the second. Two more scored the third inning and back to-back, four-run fourth and fifth innings rounded out the scoring for Waverly.

Emma Bellaw had two hits, including a home run to left center field. Bellaw has had a pair of ribbies and scored three times. Also scoring three times was Zoiee Smith, who was 2-for-3. Suzzy Wall crossed the dish three times, going 3-for-4 with two RBIs. Amelia Willis scored four times and also clubbed in two runs.

Against Eastern, Abbie Marshall drove in three runs on two hits. Bellaw drove in a pair of runs, with a 2-for-3 line. Wall, Maddy Collett, Katrina Entler and Faith Thornsberry all tallied a RBI in the mercy-rule triumph.

Meanwhile, Campbell gave up only one earned run, on five hits while striking four and giving up no free passes.

Wednesday, against Oak Hill, Waverly after falling behind by a run, pounded out three runs in the bottom the first inning to jump back on top. The Lady Tigers played add-on in the third frame.

Bellaw scored Smith and Thornsberry on a two-run double, and Willis picked up a RBI, scoring Suzzy Wall on a groundout.

Abbie Marshall cleared the bases in the fifth inning, with a bases-loaded double, giving the Lady Tigers a 9-1 lead. Zoiee Smith scored in the sixth inning, after getting aboard with a bunt hit to make the final margin.

Campbell and Entler combined four six punch outs from the circle. Campbell picked up the win throwing five innings, allowing one run on only four hits.