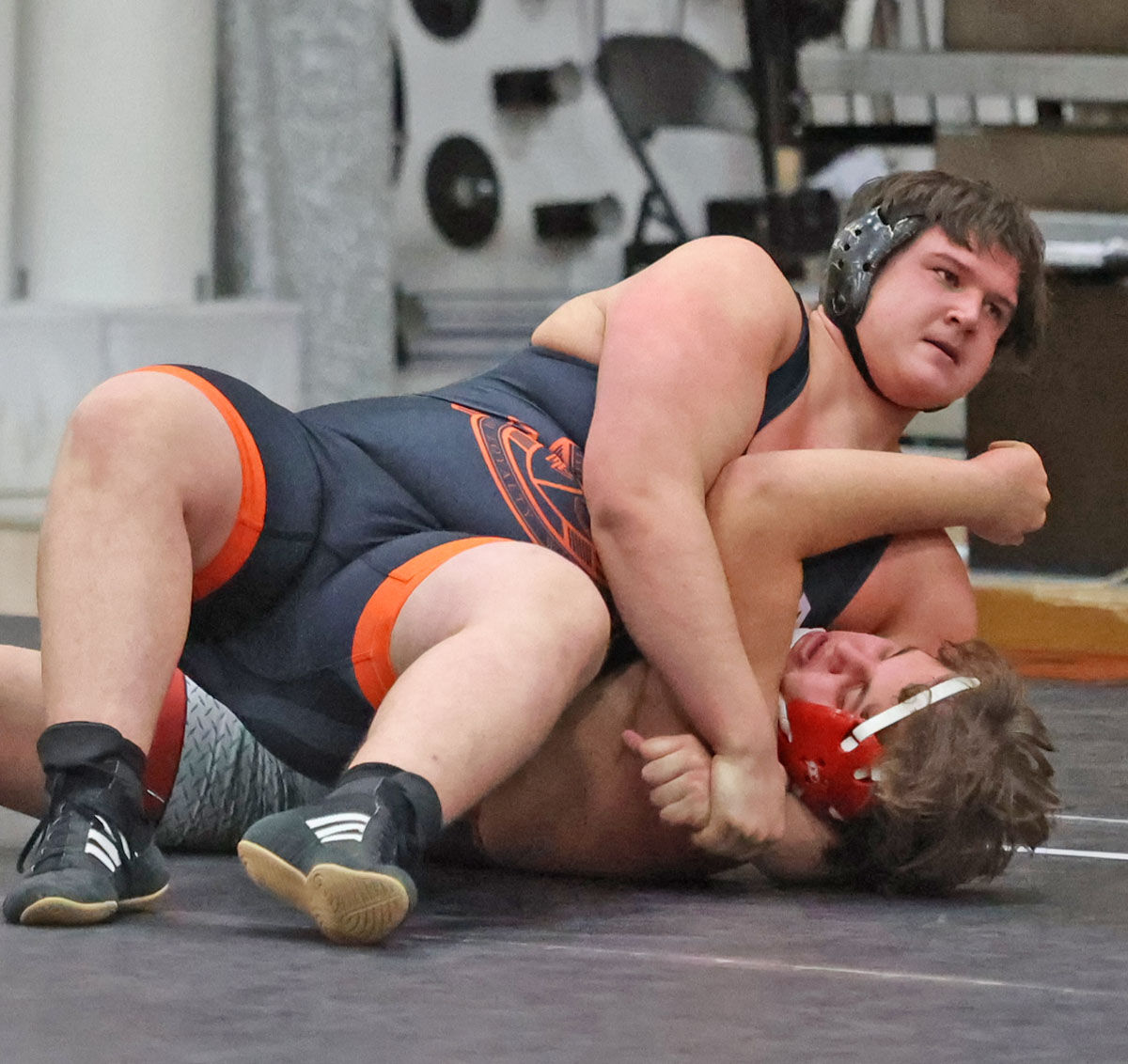 Waverly’s William Madden picked up an individual win by pin, as shown here, during Wednesday night’s match against Alexander. 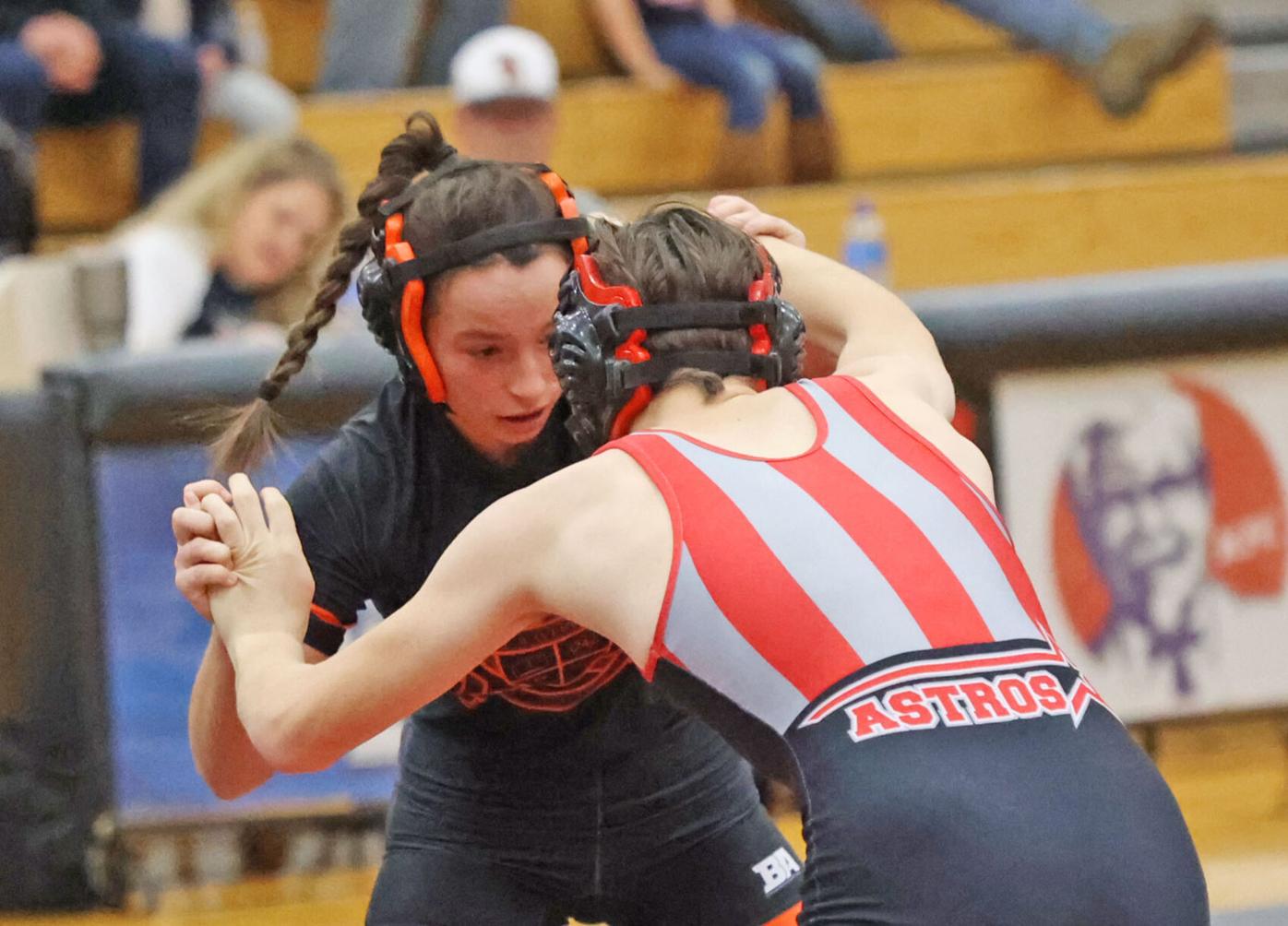 Waverly’s William Madden picked up an individual win by pin, as shown here, during Wednesday night’s match against Alexander.

In the matchup with East Clinton, Rayden Bumgarder had the only win by pin, which came just 48 seconds into the first two-minute period (three periods total if needed). Waverly’s depth proved to be a strength, as the Tigers collected the rest of their points by forfeit, since East Clinton did not have wrestlers in multiple weight classes that could match Waverly.

“When we wrestle smaller schools, they typically have smaller squads. We try and make as many matchups as we can. It is always nice to win,” said Waverly Head Wrestling Coach Scott Green. “There are 14 weight classes and ideally you want to fill all of those. Depth is really important. I think today we were only missing three weight classes, which is the best we have been able to do so far. We are glad to be able to fill all of those weight classes and have a strong showing.”

Against Alexander, Waverly’s depth paid off again, and the Tigers also found ways to win more matchups through some longer battles.

Senior Quincy Harris battled his opponent into the third period before ultimately falling in the third. Then C.J. Tolliver delivered the first win by pin in the Alexander match, getting his opponent in the second period. Senior Zak Green won his match by decision on points, 8-1, after going the full length of time. Then William Madden finished with a pin in the second period of his match.

One week earlier on Jan. 5, Waverly had held its first ever all-girls wrestling match at home, aiming to bring attention to the girls wrestling. Little did the teams and coaches know on that night that the votes would go in their favor on Thursday, Jan. 13, leading to the OHSAA officially recognizing the sport as ‘emerging’ (see accompanying press release), which will lead to an official separation of boys and girls teams.

When the program first started four years ago, any girl who wanted to wrestle often had to compete with the guys. But that has changed with more and more being offered for the girls, including state tournaments the past two years which have been hosted the by Ohio High School Wrestling Coaches Association.

“I am very excited for the girls and the coaches who have been advocating for this moment for years,” said Coach Scott Green. “I’m excited that our own Bo Arnett (Waverly High School Athletic Director) was part of this vote. Girls wrestling in Ohio is strong, and I’m sure it will only get stronger.”

Currently, the Waverly girls and boys still wrestle together as one team in duals or tri-matches. In Wednesday night’s tri-match with Alexander and East Clinton, Waverly’s girls didn’t back down from the challenges as Josie Oliver, Abby Green, Emma Davis, Jewel Leslie and Trinity Shell all battled the opponents they faced.

“These girls are amazing. They are all aggressive and hard workers,” said Mindie Bond, who is an assistant wrestling coach for the program and takes charge of the girls.

“I want their confidence to grow. I don’t want them to go out and look at a team like East Clinton or Alexander that has been established for however many years and be intimidated. I want them to go out in their head and think this is my match. They are all at the top of their games when they are matched up with other girls.”

The post-season is fast approaching for all of the wrestlers, which will come in early to mid-February.

“We talk about it all year long. Every match we wrestle between December and the beginning part of February is in preparation for the postseason competition,” said Coach Green. “They know it is always there and we are always working toward it. So we learn little bits and pieces throughout the year.”

Waverly will have its final home high school wrestling competition on Feb. 2 at 6 p.m., which will also serve as senior night. In between, there are plenty of tournaments and road matches to contest.