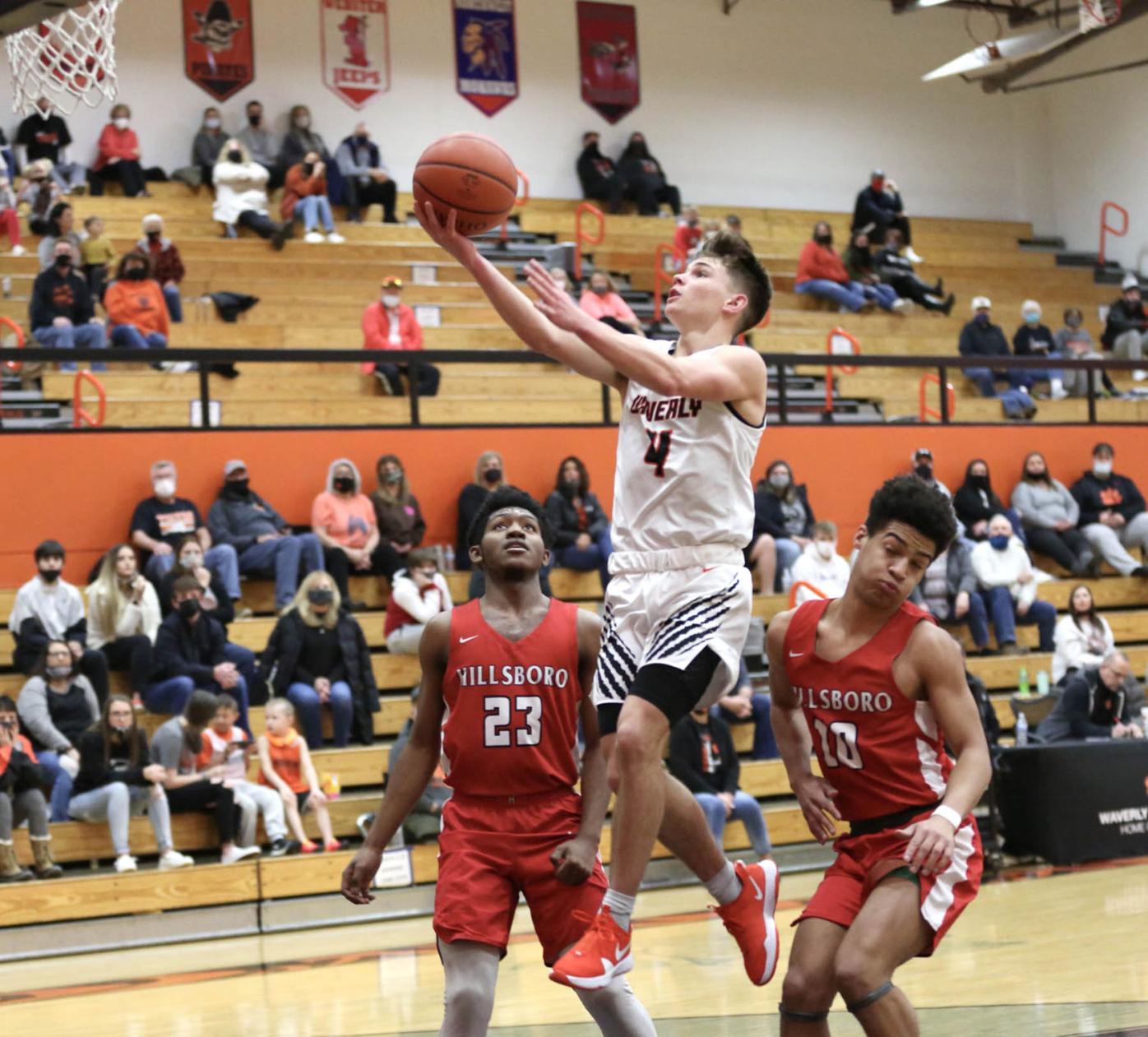 Waverly junior Trey Robertson goes up for a layup after getting around Hillsboro defenders. Robertson scored 30 points in the win. 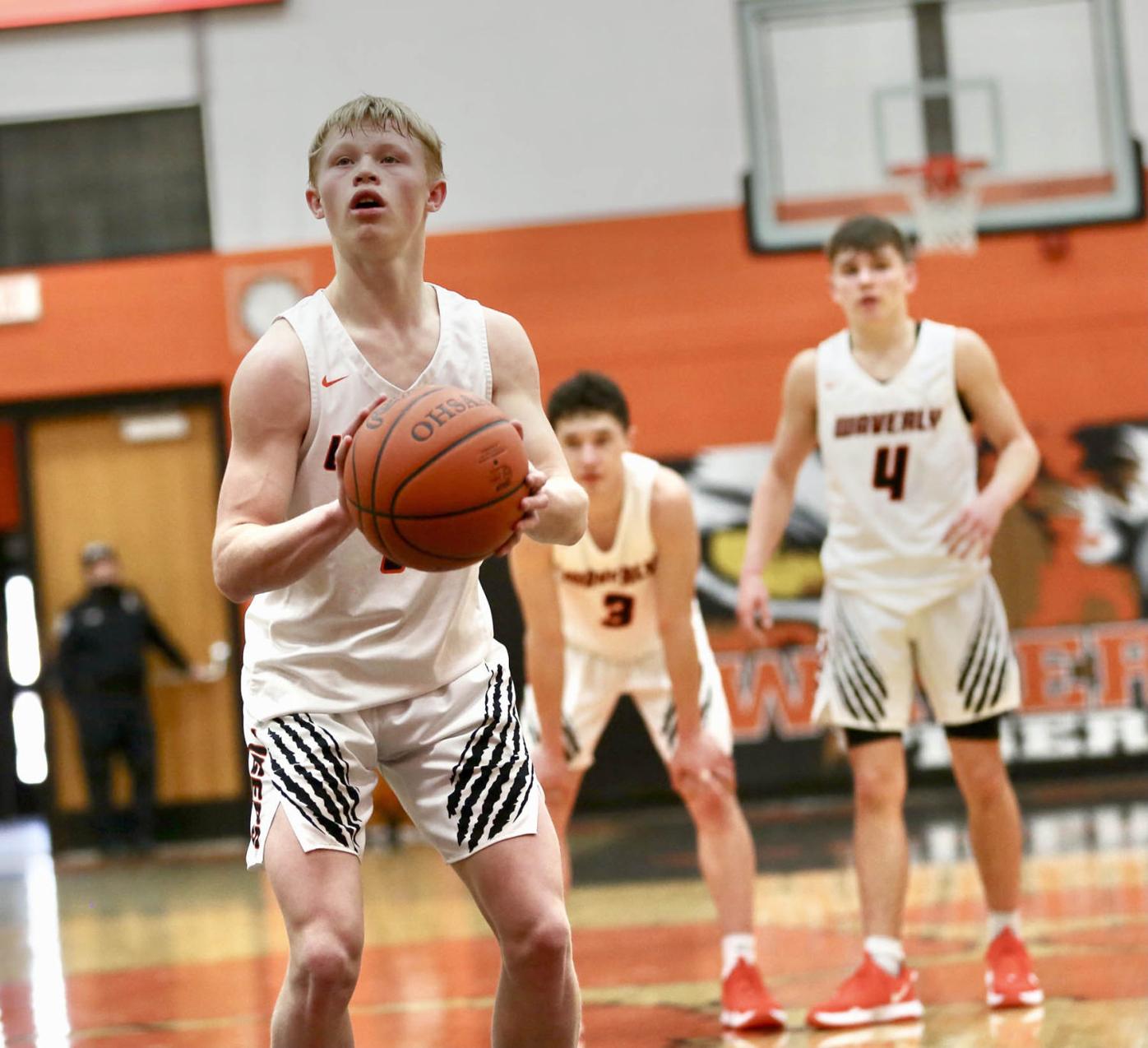 Waverly's Mark Stulley shoots a free throw during the second half of action in Saturday afternoon's game. 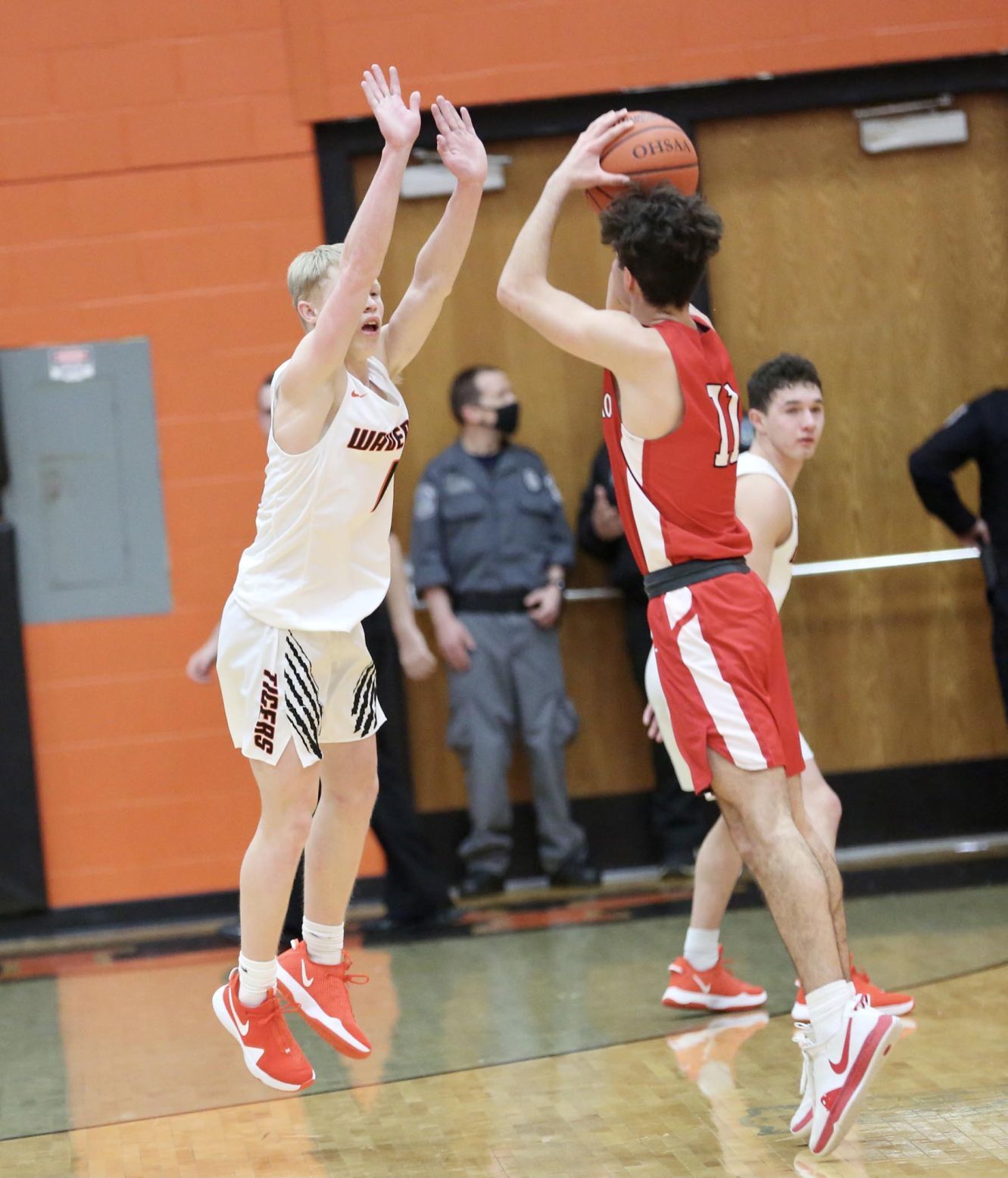 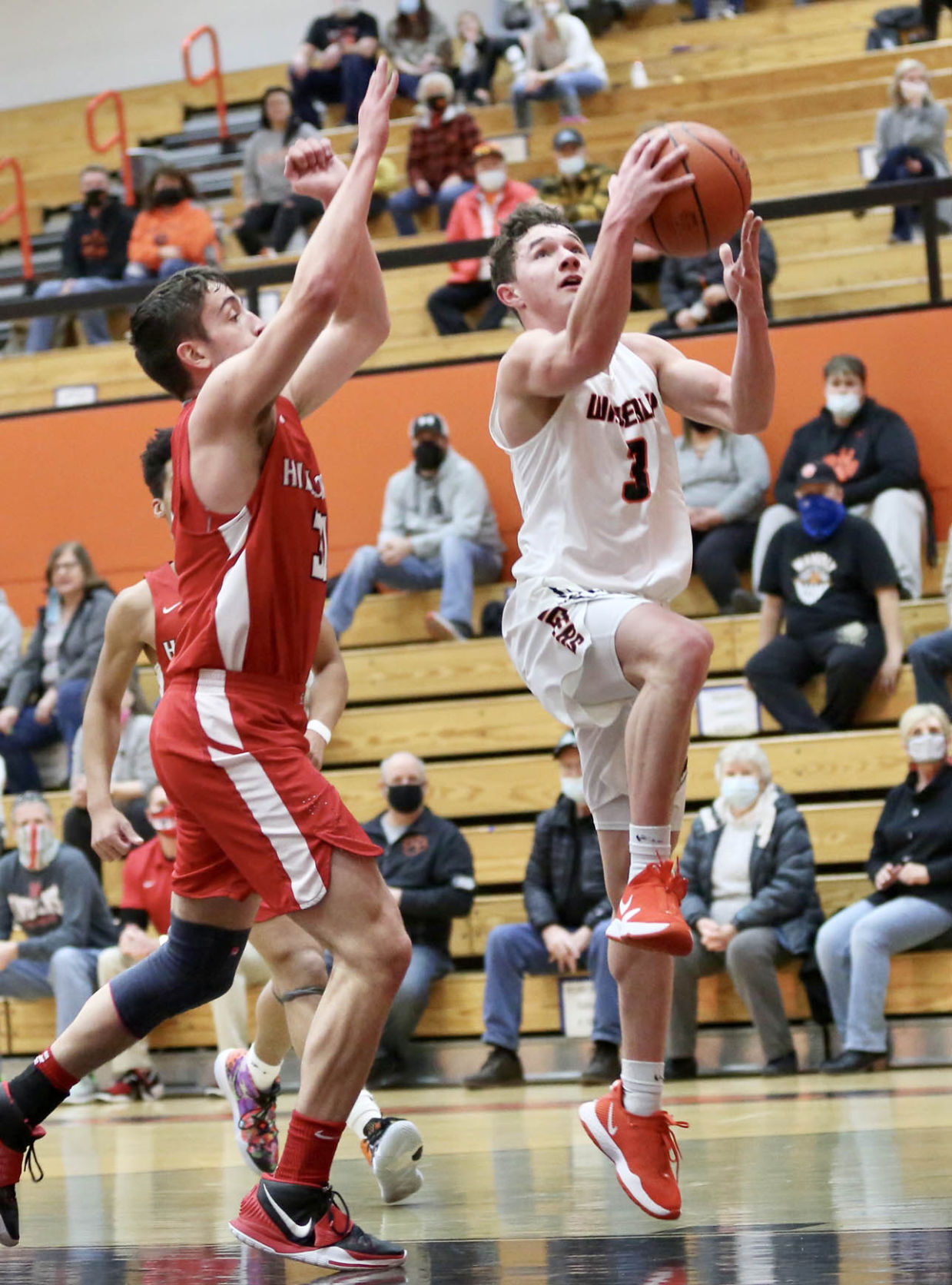 Waverly's Gage Wheeler gets past a Hillsboro defender in the paint for a layup. 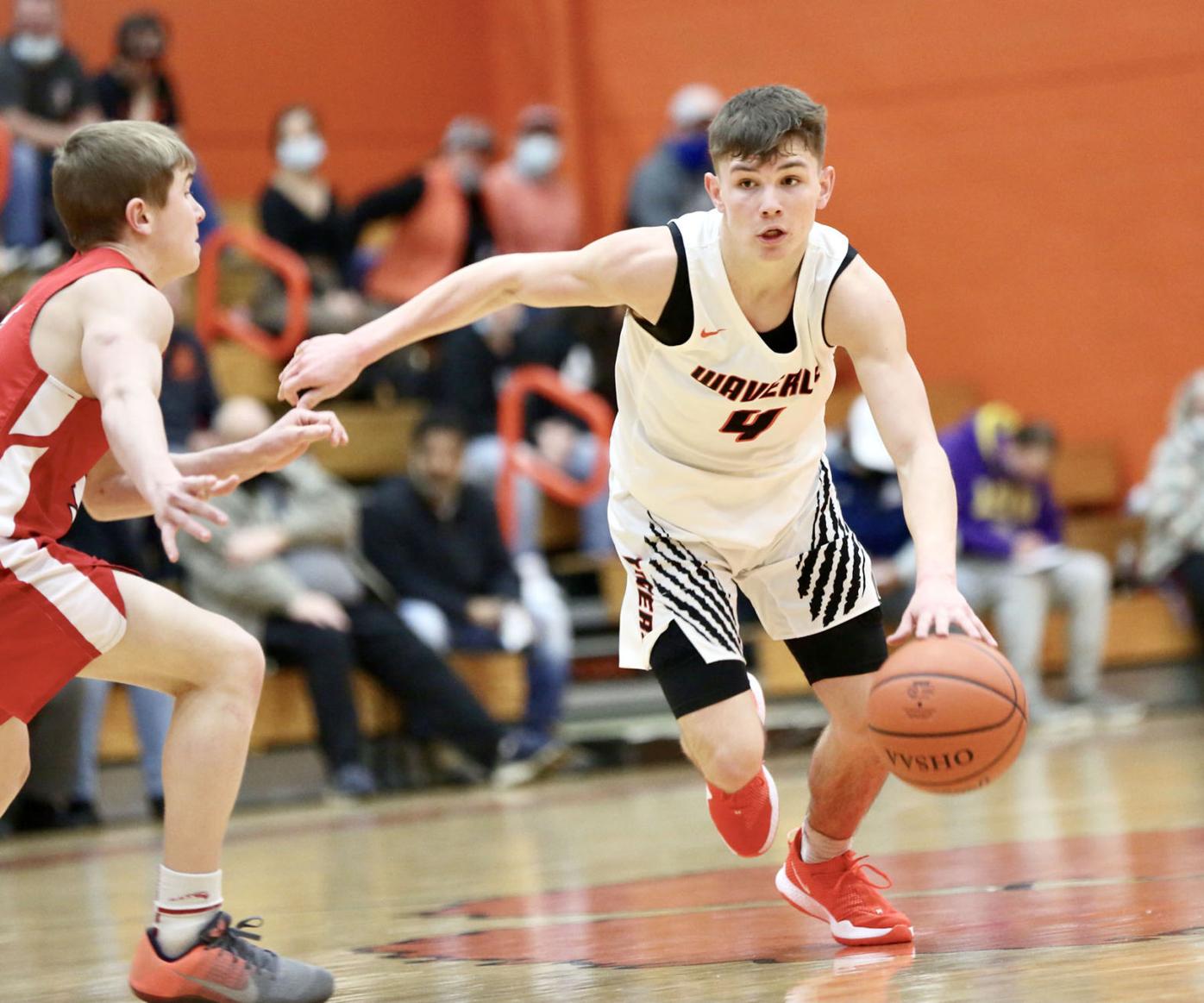 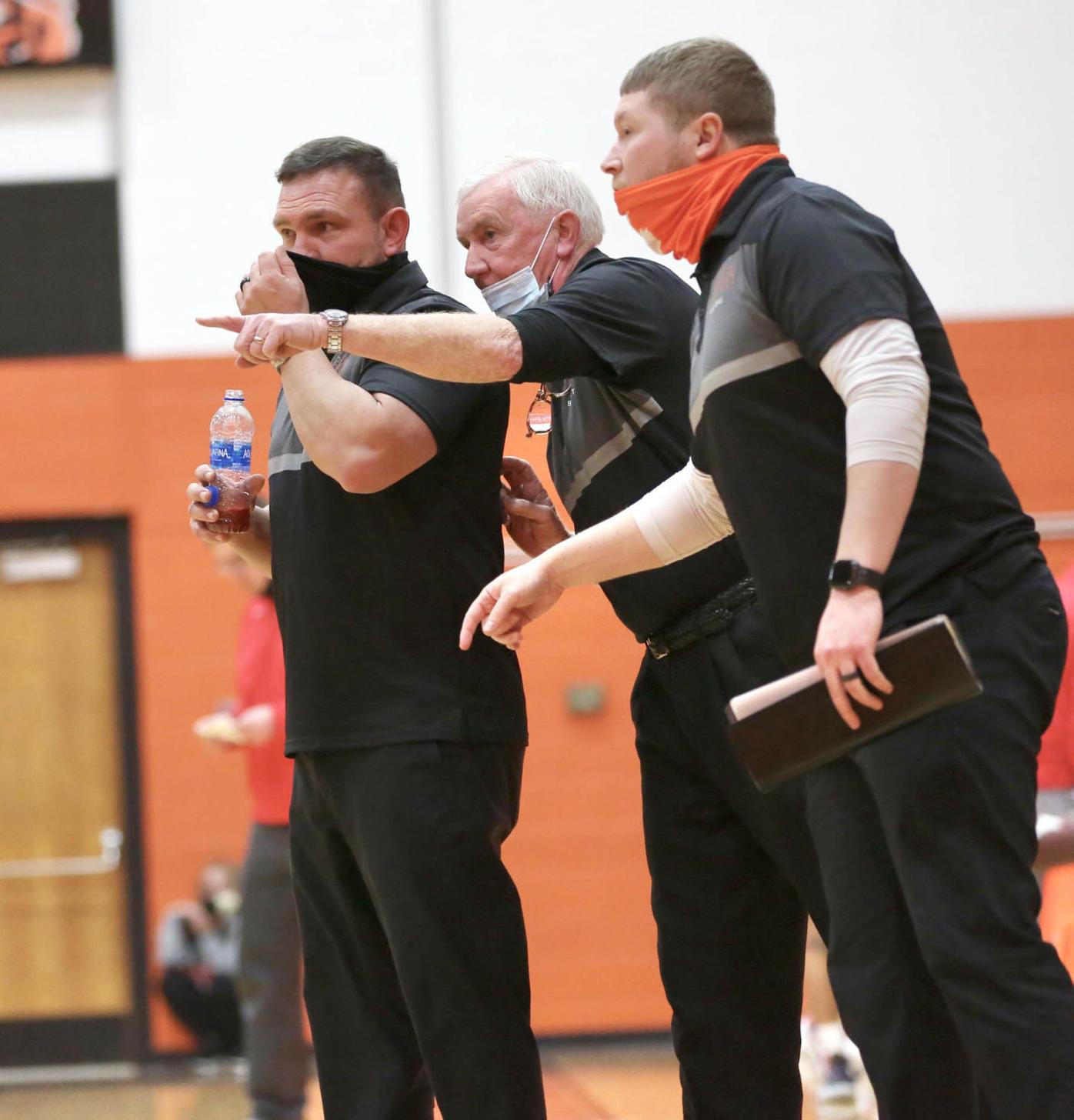 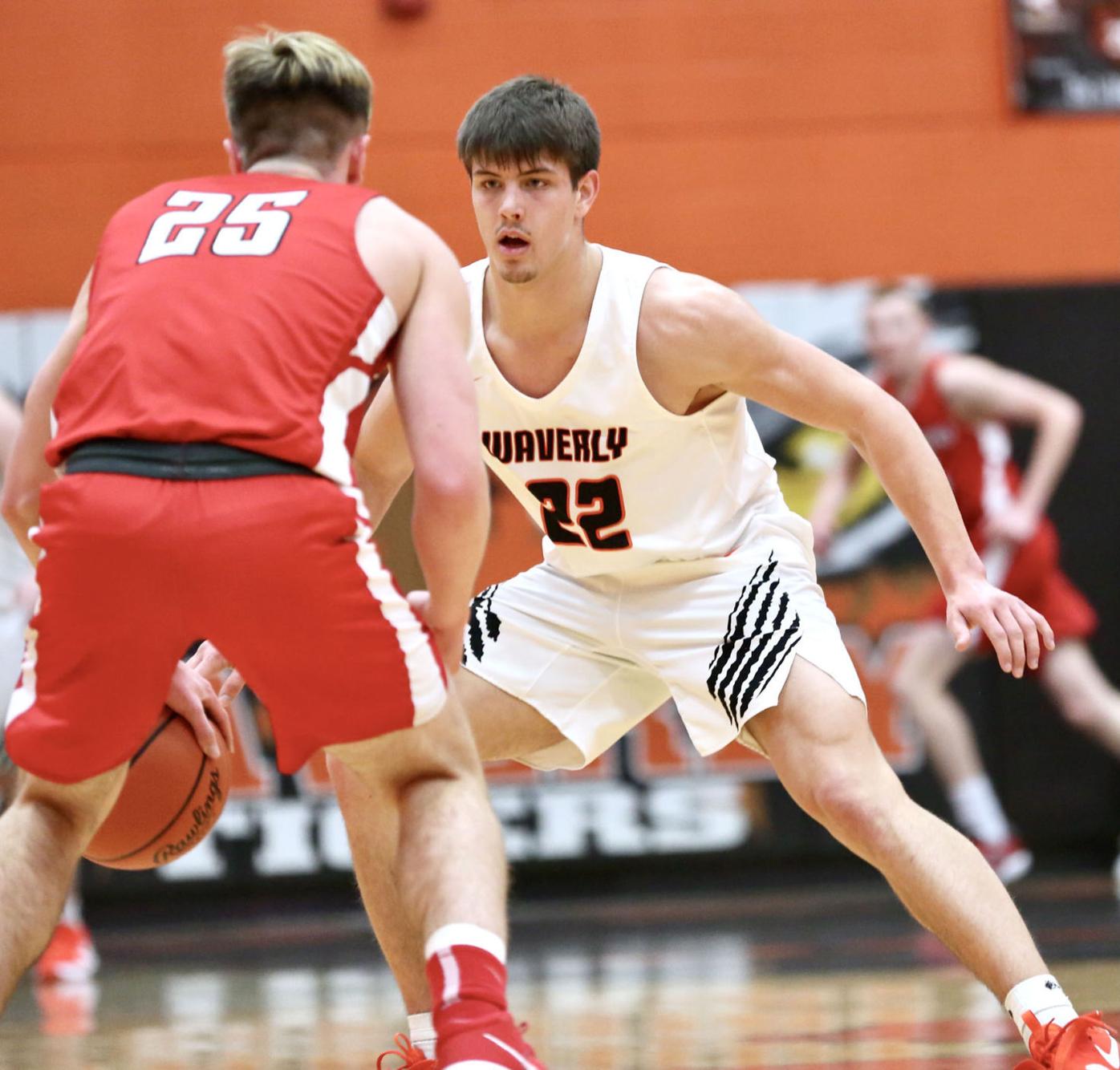 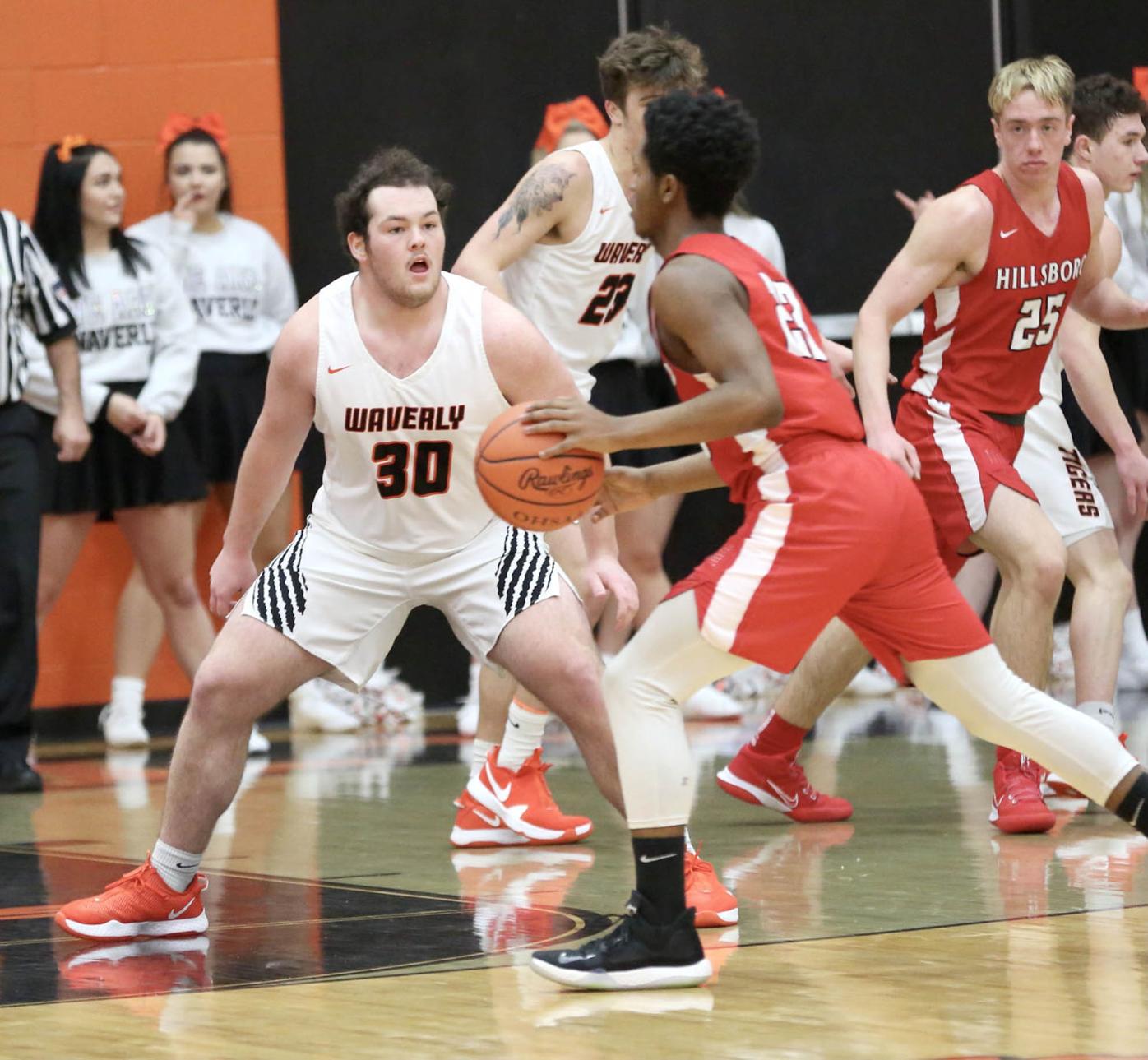 Waverly junior Trey Robertson goes up for a layup after getting around Hillsboro defenders. Robertson scored 30 points in the win.

Waverly's Mark Stulley shoots a free throw during the second half of action in Saturday afternoon's game.

Waverly's Gage Wheeler gets past a Hillsboro defender in the paint for a layup.

Two of the top teams in Division II clashed in the Waverly Downtown Gym Saturday afternoon.

In a contest that lived up to the billing, Waverly (18-3) outlasted the visiting Hillsboro Indians 60-49 for their 12th straight win.

“We took it personal, I think, today as far as them getting seeded a spot ahead of us, and we didn’t feel like that should’ve happened,” said Waverly head coach Travis Robertson. “I think our kids took it personal. We struggled to shoot the ball early, which makes it a better win for us, because we were able to fight through and found a way and started making shots. In the first half, giving up 15 points is a great job defensively. We played hard for 32 minutes and when we play hard for 32 minutes good things happen.”

Waverly got out in front early taking a 5-4 lead with 4:43 left in the first. The two teams then traded buckets, as Hillsboro took the lead 9-8 before Gage Wheeler completed a three point play giving the Tigers an 11-9 lead after the first.

Waverly then doubled the Indians’ score as Phoenix Wolf capped off a 7-0 Tiger run with a bucket at the 5:16 mark in the second quarter, putting Waverly up 18-9.

Later, Hillsboro then connected on a trifecta with 3:44 left in the half, trimming the Tigers lead to 18-15. Each team would score three points each to end the half as Waverly led 21-15.

“We put Trey (Robertson) in the middle of the floor to spread, and when they’re (Hillsboro) going to defend the way they get out on people, it makes tough to get out on the other team. Gage made some big shots on the perimeter, Zeke (Brown) and Phoenix (Wolf) finished at the rim on dump-down passes, and Trey (Robertson) finished himself. When he (Trey) gets to the paint, good things happen for us,” said Robertson.

After Waverly went up 23-15 to start the third frame, Hillsboro then cut the Tiger lead down to 23-19. That’s when Wheeler and Robertson connected on back-to-back trifectas, giving the Tigers their largest lead of the night going up 29-19 with 3:09 left in the third. That forced the Indians to call a timeout. Waverly then added onto the lead, going up 37-21 towards the end of the quarter. Hillsboro then went on a 4-0 spurt cutting the lead to 12, entering the fourth quarter, 37-25.

Waverly would lead 48-33 with 4:25 left in the game, but Hillsboro would not go away easily, as they connected on a three with 45.6 left in the game, cutting the lead to nine. However, that would be as close as the Indians would get as Robertson and Wheeler each hit a pair of free throws sealing the Tigers’ win 60-49.

It was a chilly shooting night for the Tigers as they were just 20-of-51 from the field, and connecting on seven triples. They were also 13-of-16 from the free throw line. Waverly tallied 26 rebounds and 11 assists. They also limited their turnovers only committing seven, while forcing 12 Indian turnovers.

Next up for Waverly, it will be a battle amongst Tigers as they will host the Marietta Tigers on Thursday night in a sectional final.

“We have to make sure we do what we can to not allow Marietta to come in and cut our nets down,” said Robertson. “We’ll be prepared; we’ll watch film. They’re similar to Hillsboro. They’re scary. They shoot a lot of threes and have a guard that’s shifty. They have guys around him that shoot the ball well, and when they’re hitting, they’re dangerous.”