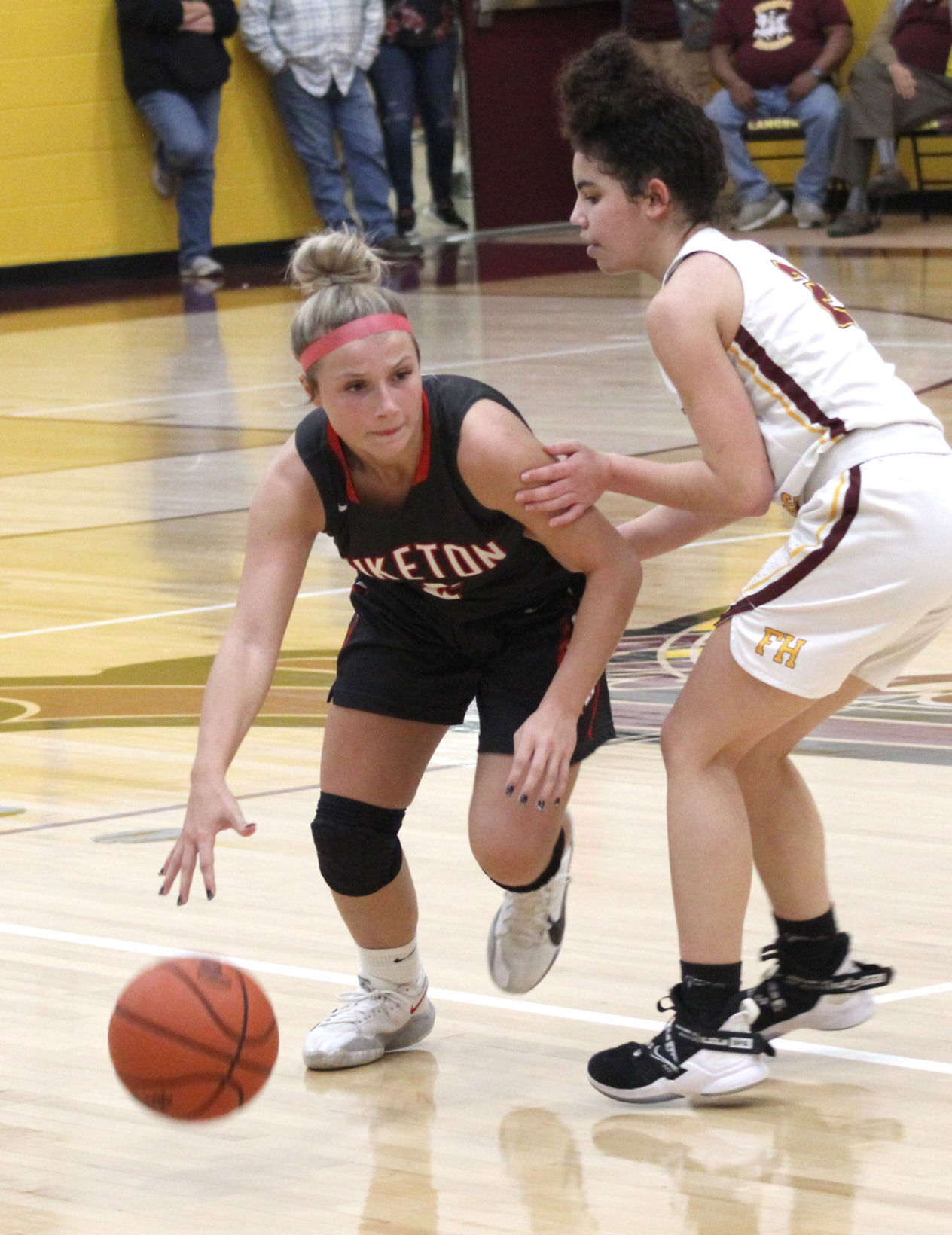 Piketon guard Addison Johnson dribbles around a Federal Hocking defender while looking for an open teammate. 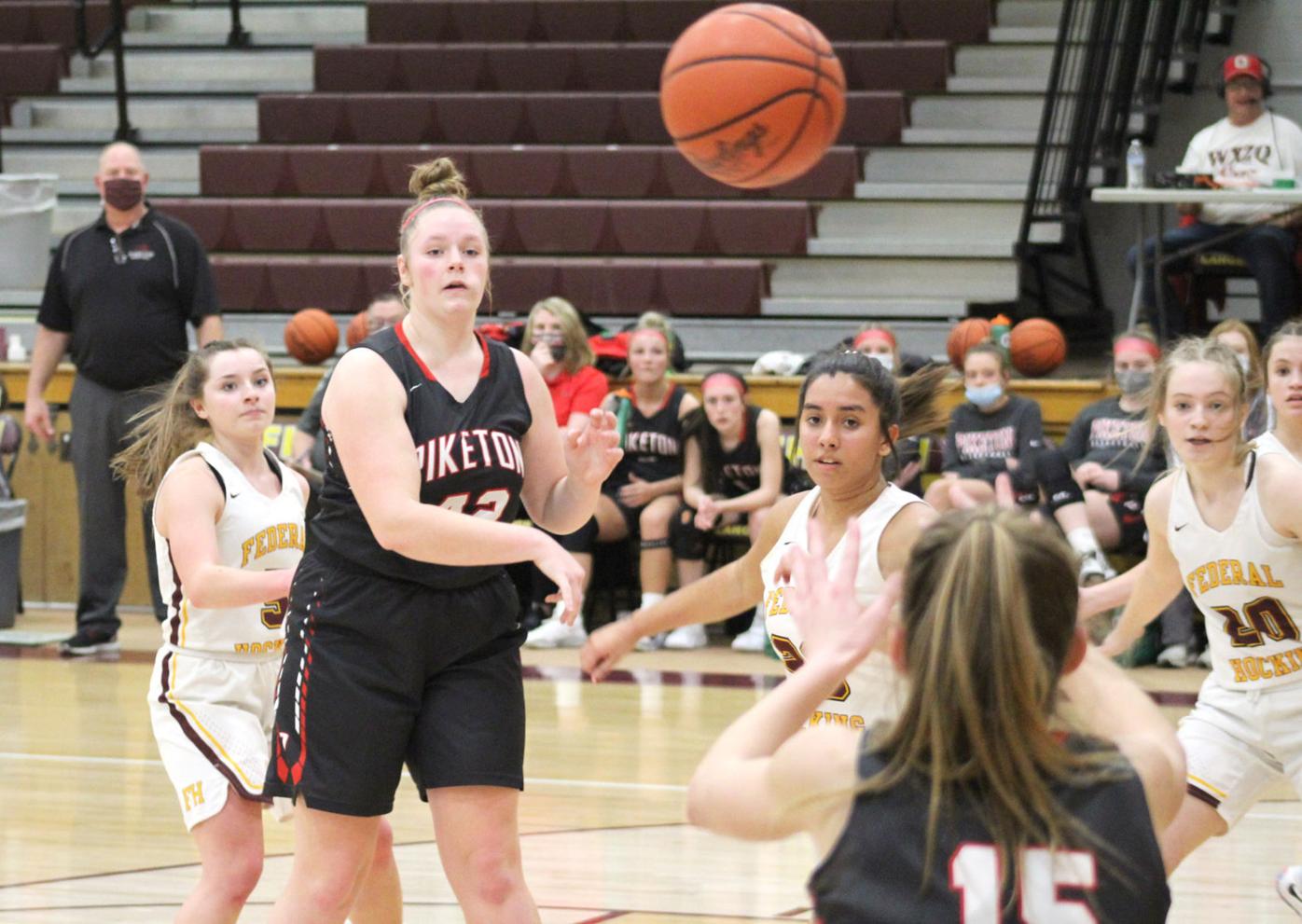 Piketon’s Natalie Cooper fires a pass to teammate Jazz Lamerson on the perimeter in Saturday’s sectional game at Federal Hocking. 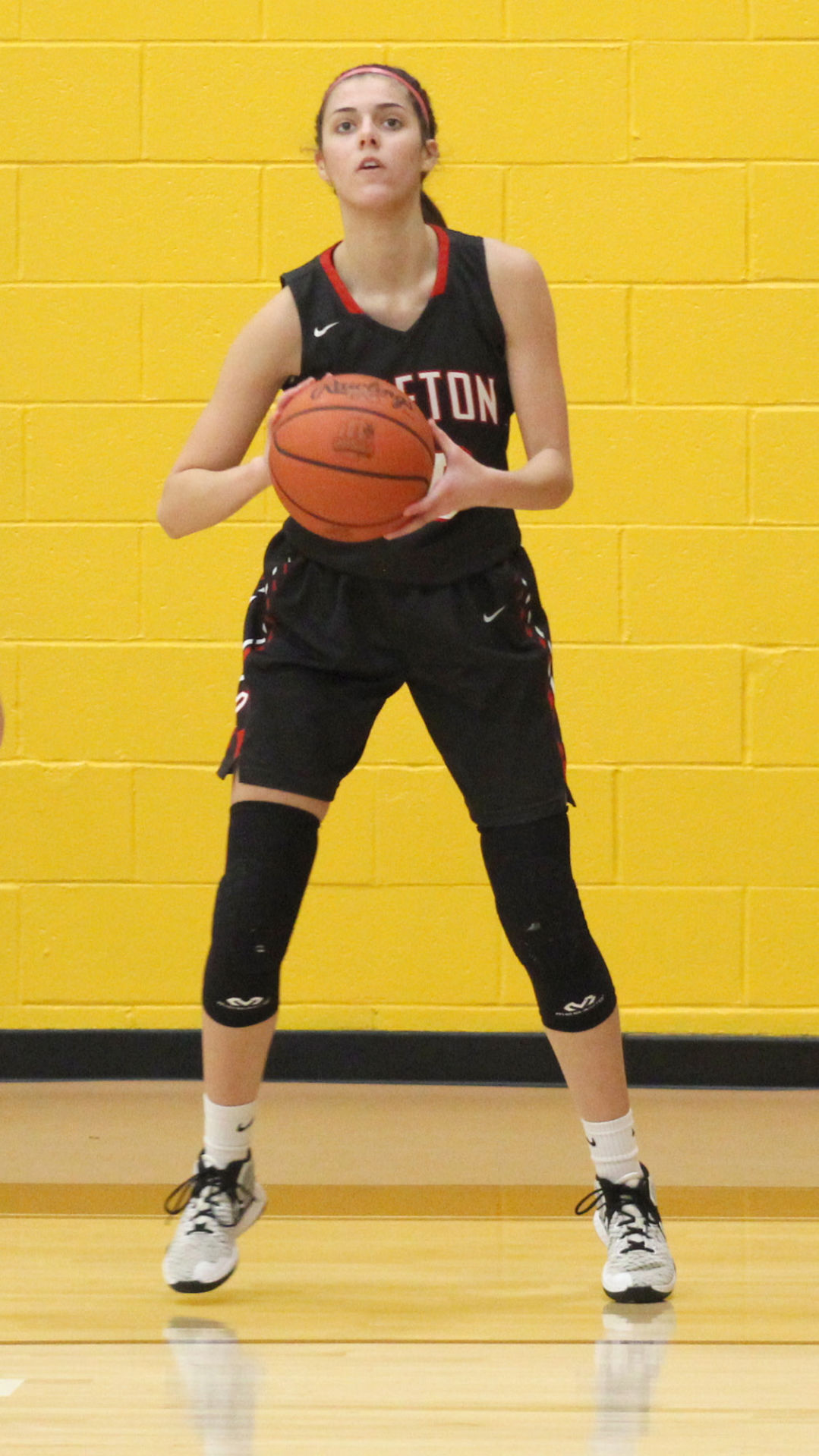 Piketon’s Kennedy Jenkins takes advantage of being open and prepares to shoot a three-pointer. 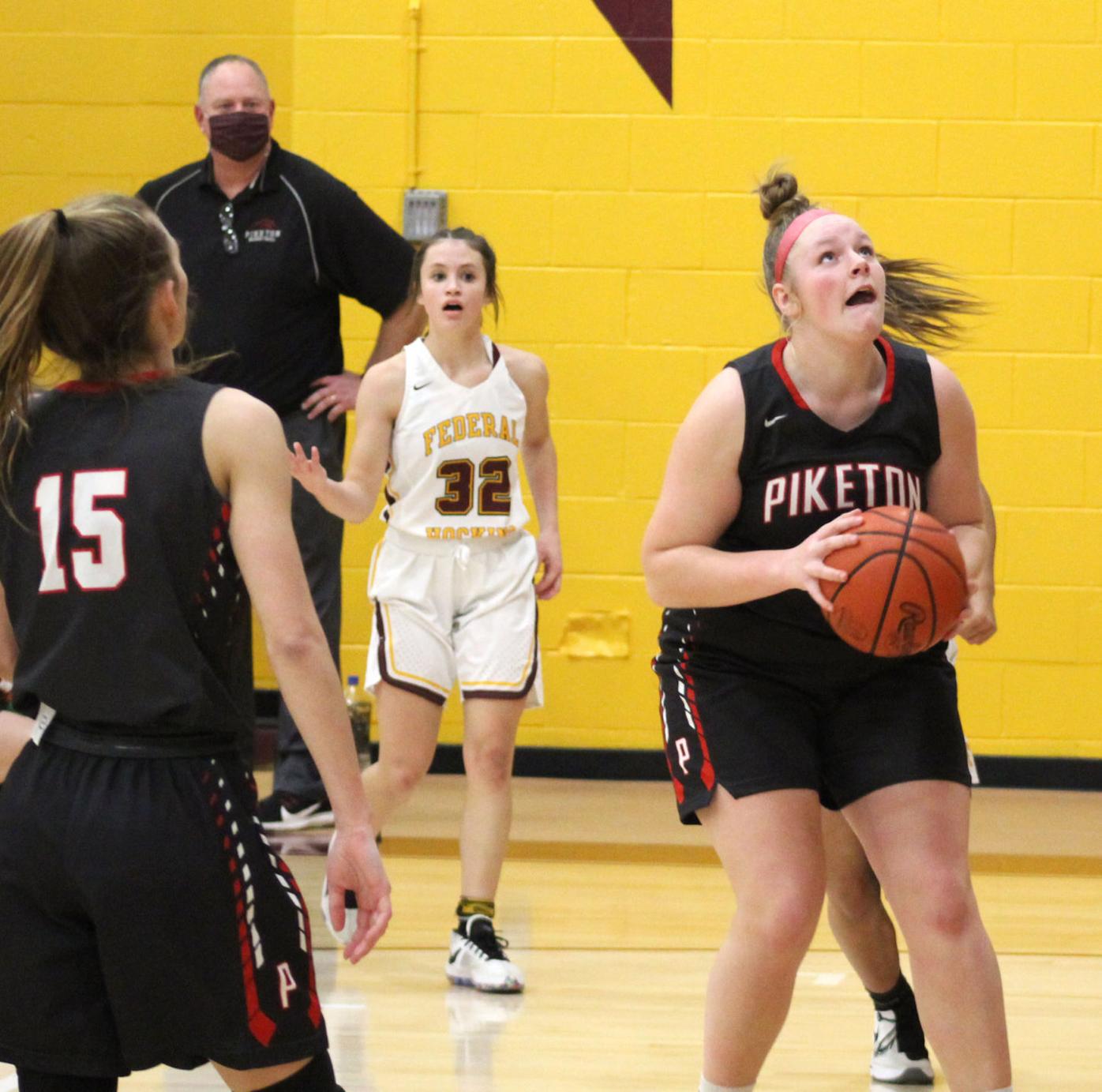 Piketon’s Natalie Cooper gets around a Federal Hocking defender and scores.

Piketon guard Addison Johnson dribbles around a Federal Hocking defender while looking for an open teammate.

Piketon’s Natalie Cooper fires a pass to teammate Jazz Lamerson on the perimeter in Saturday’s sectional game at Federal Hocking.

Piketon’s Kennedy Jenkins takes advantage of being open and prepares to shoot a three-pointer.

Piketon’s Natalie Cooper gets around a Federal Hocking defender and scores.

The most challenging part of Saturday’s game was attempting to stop Lady Lancer senior Paige Tolson, who scored 38 of her team’s points in a 70-52 win over the Lady Streaks.

Tolson’s 38 points came on 13 of 25 shooting, including making 4 of 9 from 3-point range. She added four assists and four steals, scoring 14 points in the fourth quarter to help the Lancers put the game away.

The game continues Tolson’s senior season, as she is averaging 22.7 points per game. It was the fifth time she has scored 35 points or more in a game. Tolson is also averaging 30.8 points per game over her last six outings, picking her play up as the season winds down.

Federal Hocking (15-7) won a tournament game for the fifth season in a row after finally pulling away from a young Piketon (5-13) squad.

The Redstreaks started five sophomores and didn’t have a senior on the roster. They only trailed 48-43 entering the fourth quarter, and were very much alive in their upset bid.

Paige Tolson essentially ended any thoughts of the Lancers losing on their home court with two big shots to start the fourth.

She swished a 3-pointer from the left corner to open the frame, lifting Federal Hocking to a 51-43 lead.

Tolson followed with another deep shot, this time from the right wing and the Lancers were ahead 54-45 with 6:45 remaining.

Piketon was never closer than seven points the rest of the way.

Paige Tolson had just put on another incredible display in front of the home fans, a tournament win in hand as she took a seat on the bench.

The tournament win advances the Lancers to the sectional finals, and extends Tolson’s career at least another round.

Piketon did win the rebounding battle, 43-28. The Redstreaks shot 14 free throws in the first half, their length giving Federal Hocking fits inside the paint.

“They (Piketon) hurt us with Cooper,” Federal Hocking coach Jeremy Tolson said. “She was hurting us early. They were doing a good job getting the ball inside, then they were going into the post and sealing us very good. They hurt us early and it kept them around.”

Piketon hung around, but its final lead was 24-23 after Johnson scored on a drive to the basket.

Tabler made two deep 3-pointers late in the first half, allowing Federal Hocking to lead 32-26 at halftime.

Jarvis and Tabler then made consecutive 3-pointers in the third quarter, part of a 10-2 run that saw Federal Hocking lead 42-30.

Piketon closed the third quarter with a 13-6 surge to only trail by five points. The game was still hanging in the balance, but Paige Tolson slammed the door shut with yet another scoring onslaught.

Tolson scored 13 of the Lancers’ first 16 points of the game, then tallied 16 out of 18 Lancers’ points to help build the big fourth-quarter lead.

Tolson made two free throws, then she found Reagan Jeffers for a transition layup, and a 58-47 lead with 5:23 remaining.

Tolson continued to push the action. Trying to run time off the clock, she dribbled around on the perimeter before driving toward the basket.

Tolson went under the basket before shooting a reverse layup over Piketon’s 5-foot-10 Natalie Cooper.

The shot went in, Tolson had 36 points, and the Lancers led 62-49 with just more than three minutes to play.

Overall, Federal Hocking went on a 16-2 fourth quarter run that eventually stretched the lead to 70-49 in the closing minute.

The Lancers forced Piketon into 31 turnovers, including 21 in the second half.

Brennah Jarvis was a catalyst of that defensive effort, as she collected five of the Lancers’ 21 steals.

“I think that continuous pressure where we were picking them (Piketon) up three quarters court, pushing them up the floor, wore them out,” Jeremy Tolson said.

The youthful Lady Redstreaks can be proud of their effort, hanging with the Lady Lancers for three quarters. Piketon trailed 14-11 after one and 32-26 at halftime. The Streaks cut the lead to 48-43 by the end of the third before Tolson and teammates took control.

Piketon still has a league game with Adena to be re-scheduled and completed before the season ends. The Lady Streaks won’t lose anyone to graduation, as the roster includes sophomores, freshmen and one junior. Piketon dropped to 5-13 overall with the loss.