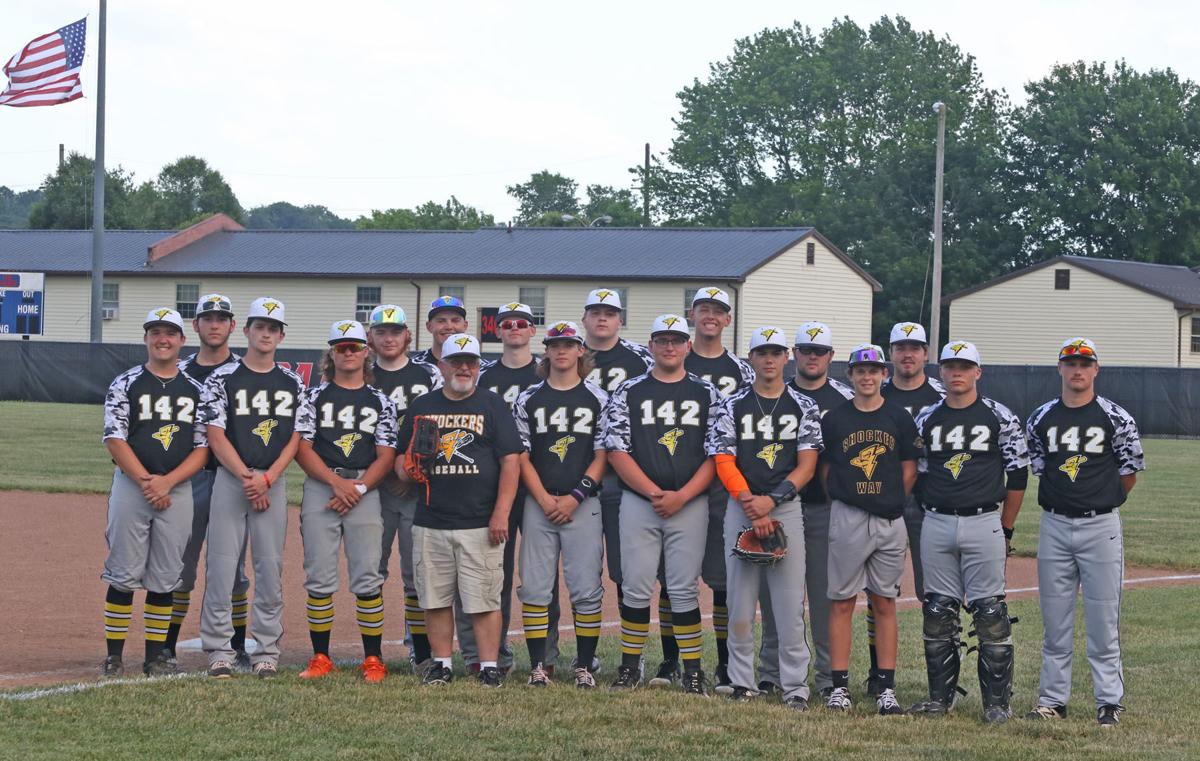 After Bob Dixon threw out the first pitch for the Waverly Post 142 Senior team’s opener Wednesday night, the entire team posed with him for a group picture. 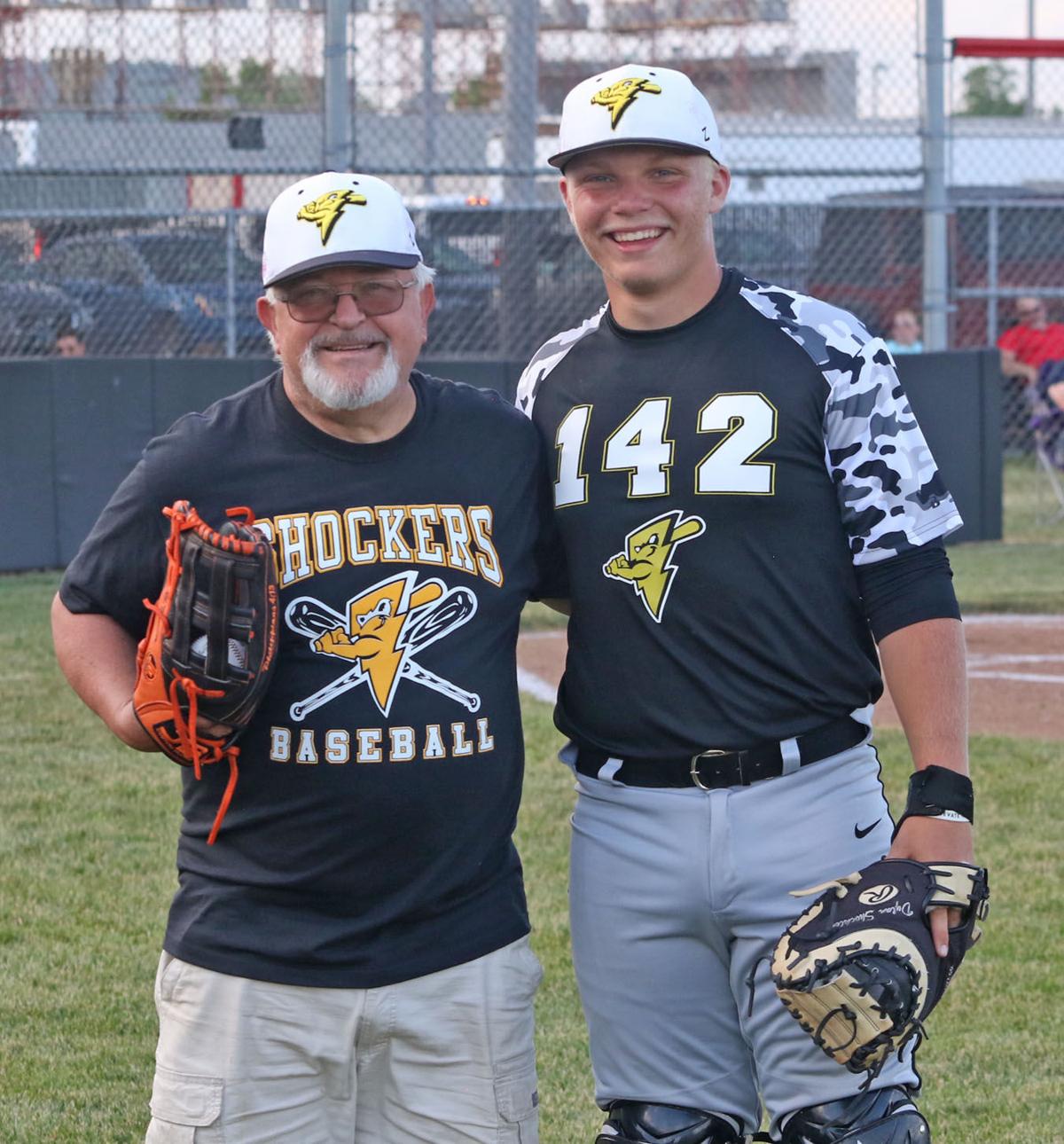 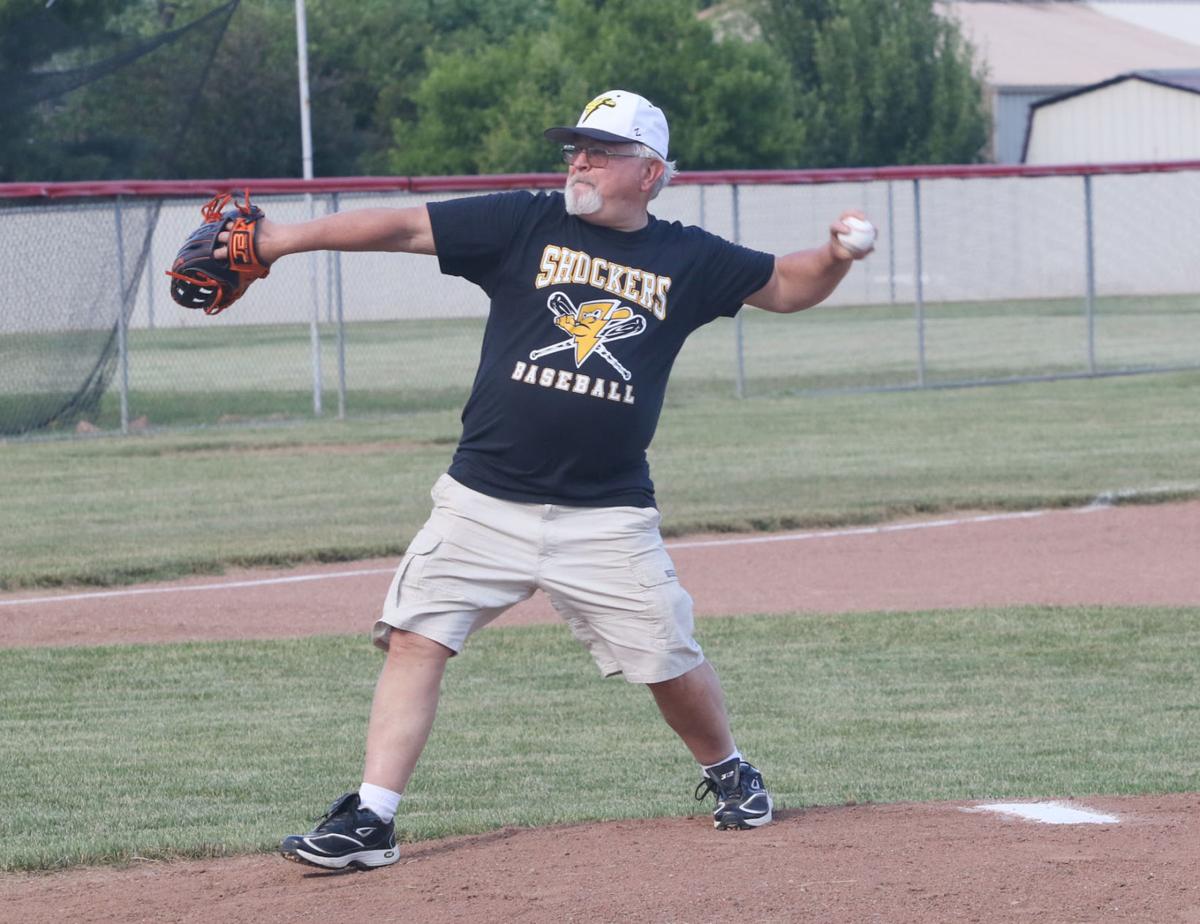 Bob Dixon of Dixon Jewelers throws out a ceremonial first pitch prior to Wednesday night’s baseball game between the Waverly Post 142 Senior Shockers and Jackson Post 81.

After Bob Dixon threw out the first pitch for the Waverly Post 142 Senior team’s opener Wednesday night, the entire team posed with him for a group picture.

Bob Dixon of Dixon Jewelers throws out a ceremonial first pitch prior to Wednesday night’s baseball game between the Waverly Post 142 Senior Shockers and Jackson Post 81.

For some area baseball players and fans, a sense of normalcy has arrived with the beginning of their seasons this past week.

Although the Ohio American Legion opted not to have regional or state tournaments this season due to COVID-19 concerns, the teams in Southeast Ohio opted to organize their own summer schedule so their players could play the game they loved.

Playing at Piketon High School, the Waverly Post 142 Seniors Shockers started their home opener Wednesday evening, June 10, but they weren’t able to finish the game due to severe storms in the area.

Post 142 and the visiting Jackson Post 81 team made it through a scoreless opening inning and into the second when the lightning and ensuing rains came quickly. That contest is set to be completed Sunday at noon at Piketon High School.

Although they didn’t get to finish their opener, Waverly coach Jonathan Teeters talked about being thankful to play baseball again.

“I think we have all learned not to take things for granted. It’s really easy to do, especially with something that you think is a ‘guarantee’ in life,” said Teeters.

“Getting back onto the field, seeing the look on our guys faces and seeing the large turnout was something that I’ll never forget. It was a special day, even though Mother Nature had other plans.”

On Thursday, June 11, the Waverly Post 142 Junior team had its home opener against the Hillsboro Mavericks on the Piketon High School field. Waverly suffered a 17-12 loss in the high-scoring contest.

The Junior Shockers pushed out to an early advantage, going up 6-0 after two innings by scoring one run in the first inning and five more in the second. Post 142 continued to pull away, adding a run in the third inning and three more in the fourth to increase the advantage to 10-2. But the momentum swung in favor of the Mavericks, who came surging back in the late innings to win 17-12.

The Junior Shockers were set to play a home double-header on Saturday, June 13, starting at 11 a.m. They will also be home Monday evening at 6 p.m. The Senior Shockers will be back home Tuesday evening to take on Hillsboro.