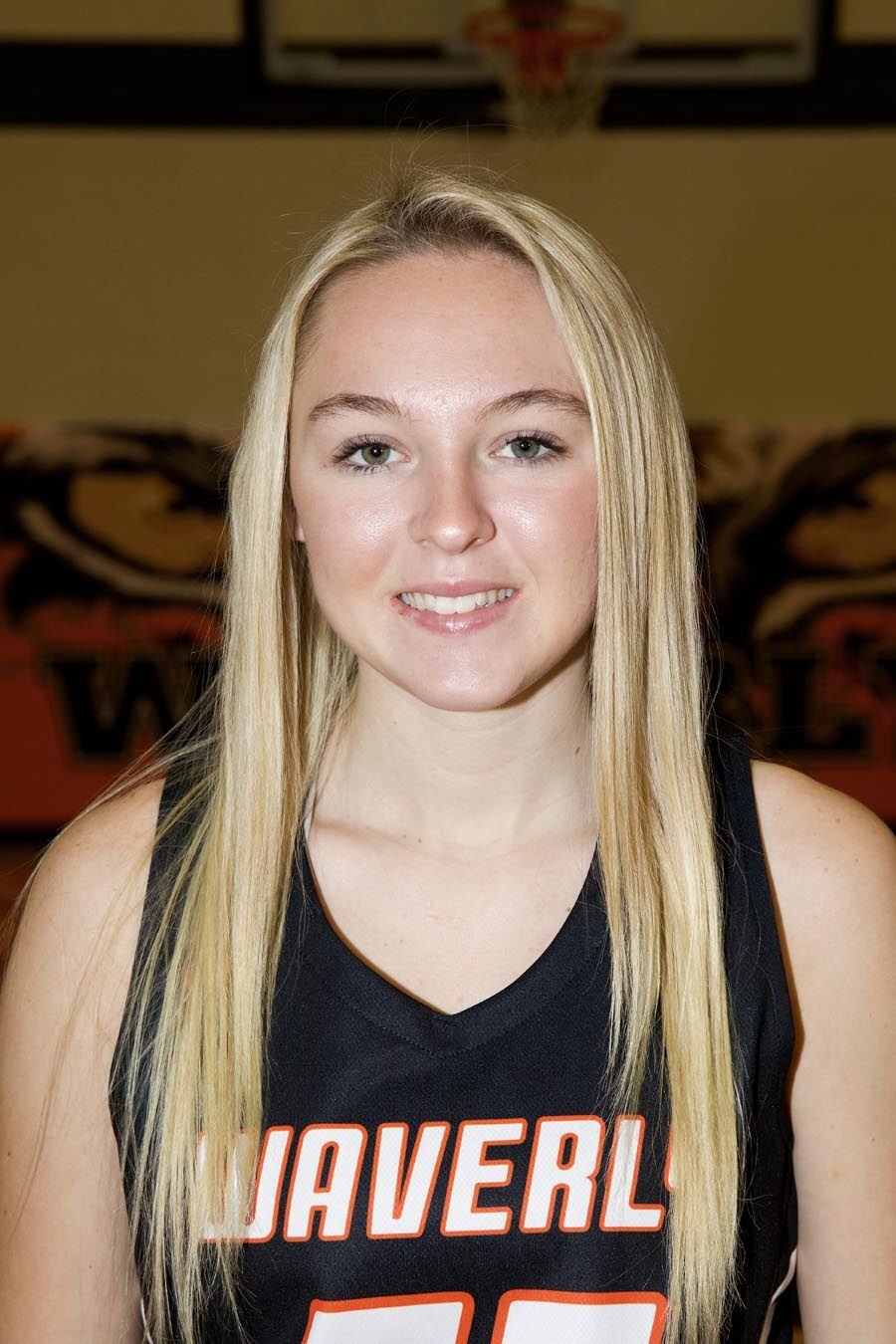 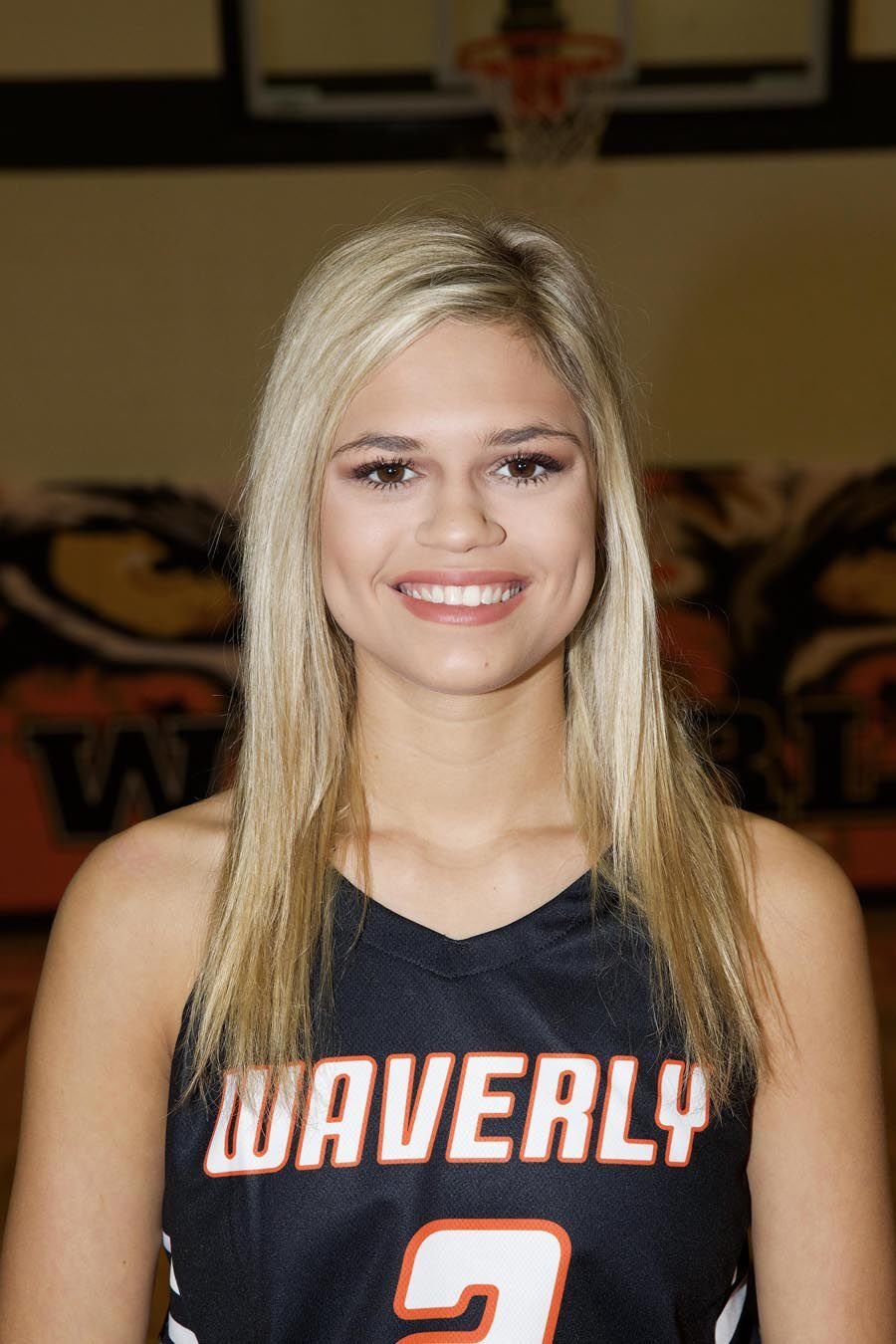 With a 50-49 lead and South Webster inbounding the ball with 2.8 seconds left in overtime Waverly knew what was at stake — a seventh straight victory and a key Southern Ohio Conference win.

The Tigers then forced South Webster into their fourteenth turnover of the night securing a thrilling nail-biting victory.

“It’s another SOC tough struggle. (We) got down in the fourth and had to make a run. We have experience and didn’t get rattled. We knew we had to settle down and get some good looks,” said Waverly head coach John Bonifield.

“Paige (Carter) hit a big bucket to tie it, and Carli (Knight) hit a big three the possession before to give us momentum. Then we closed out and got to overtime. And in overtime we liked our chances. We thought our bench was deeper and used that to our advantage.”

It was a tight first quarter as neither team could get much of a lead, as South Webster would lead 9-8 after eight minutes of play.

After taking a 12-9 lead in the second, Zoiee Smith scored four points for the Tigers tying the game at 12-12 with 4:58 to go. Just like the first quarter, the second quarter stayed tight. But with the score being tied at 18-18, Delaney Tackett knocked down a triple with 30 seconds left to give Waverly a 21-18 edge heading into halftime.

Waverly then took a 34-33 lead with 4:29 left in regulation, but with 2:33 left to play in the game, the Lady Tigers found themselves down by two possessions 41-36. That’s when Carli Knight connected on a triple to make it 41-39, before Paige Carter scored a huge bucket with under a minute left to force a 43-43 tie. The Tigers then forced a turnover on the defensive end, giving themselves a chance to win it in regulation. Waverly did get a good look at a three from the left wing, but it rimmed out, sending the game into overtime.

“When you get down to the fourth quarter, there’s two things you have to do: get stops and convert at the offensive end and we did an excellent job at that when we needed to,” said Bonifield.

With the game tied at 45, Waverly created some separation when Knight and Smith scored back-to-back buckets giving Waverly a 49-45 lead with 37.2 left. South Webster then hit a pair of free throws to make it 49-47 before the Tigers made it 50-47 with a free throw of their own. South Webster then made it 50-49 with 20 seconds left. That’s when Waverly’s defense made perhaps the biggest play of the night.

With 2.8 seconds left on the clock coming out of a timeout, the Jeeps had the ball with one last chance to win it. The Waverly defense then forced South Webster into a turnover, securing their seventh straight win and ninth overall.

“South Webster is a very good squad, and we knew that. It was tight the first time we played them,” said Bonifield. “We get down to where every time in games you’re going to have adversity, and you have to respond to it. But the key thing for us was: we didn’t get rattled, we settled down, and ran what we knew we could run at the offensive end. We got good looks, we made our shots, and got stops.”

Leading the way for the Tigers was Zoiee Smith with 15 points, five rebounds and nine assists. Paige Carter tallied 11 points along with eight boards, while Kelli Stewart and Ava Little each scored six. Carli Knight scored five points along with four steals. Delaney Tacket also scored five points on a perfect 2-for-2 field goals. Sarah Thompson rounded out the Tigers scoring with two points. Waverly forced 14 turnovers, but committed 16. Waverly was 22-of-43 from the field but just 4-of-11 from the charity stripe.

Waverly (9-2 overall, 5-2 SOC II) is back into action Saturday looking to make it eight straight wins when they host conference rival Wheelersburg.