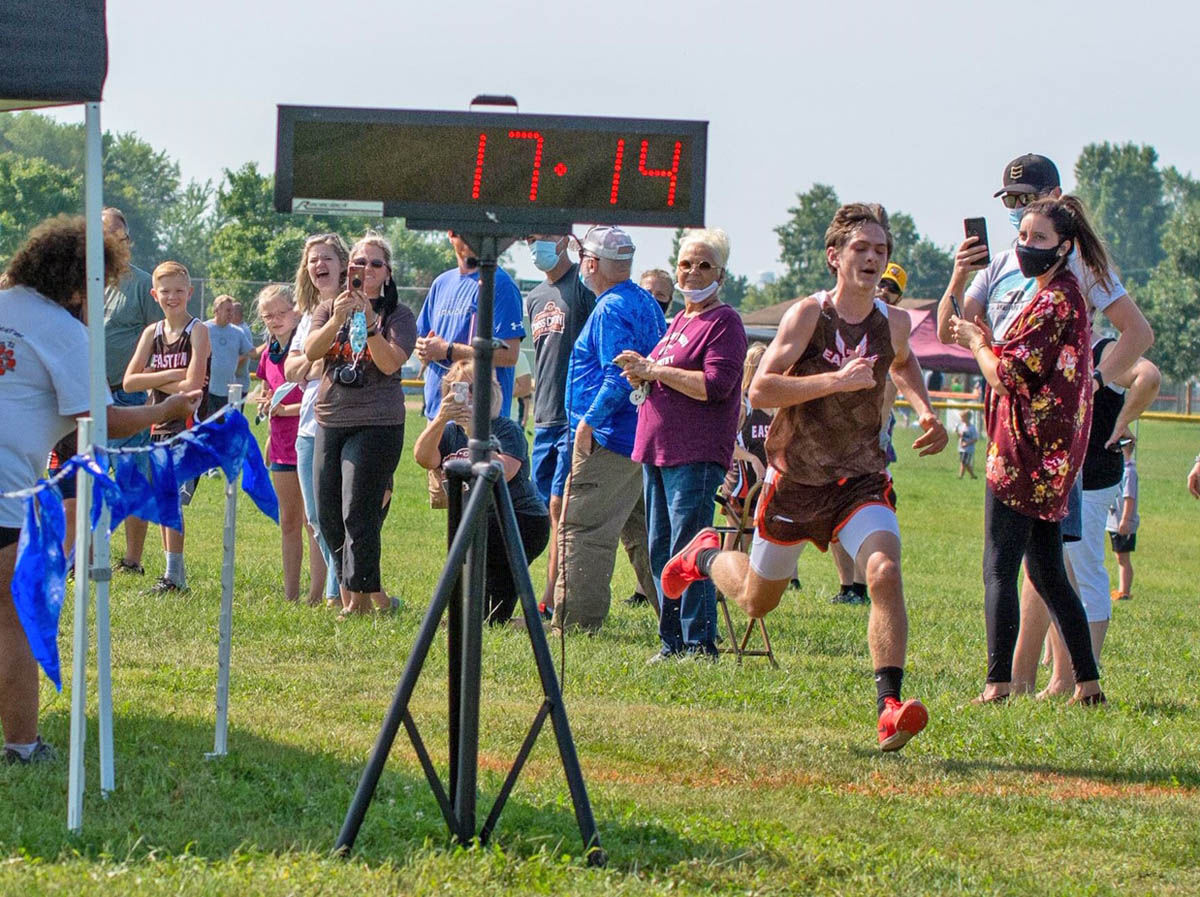 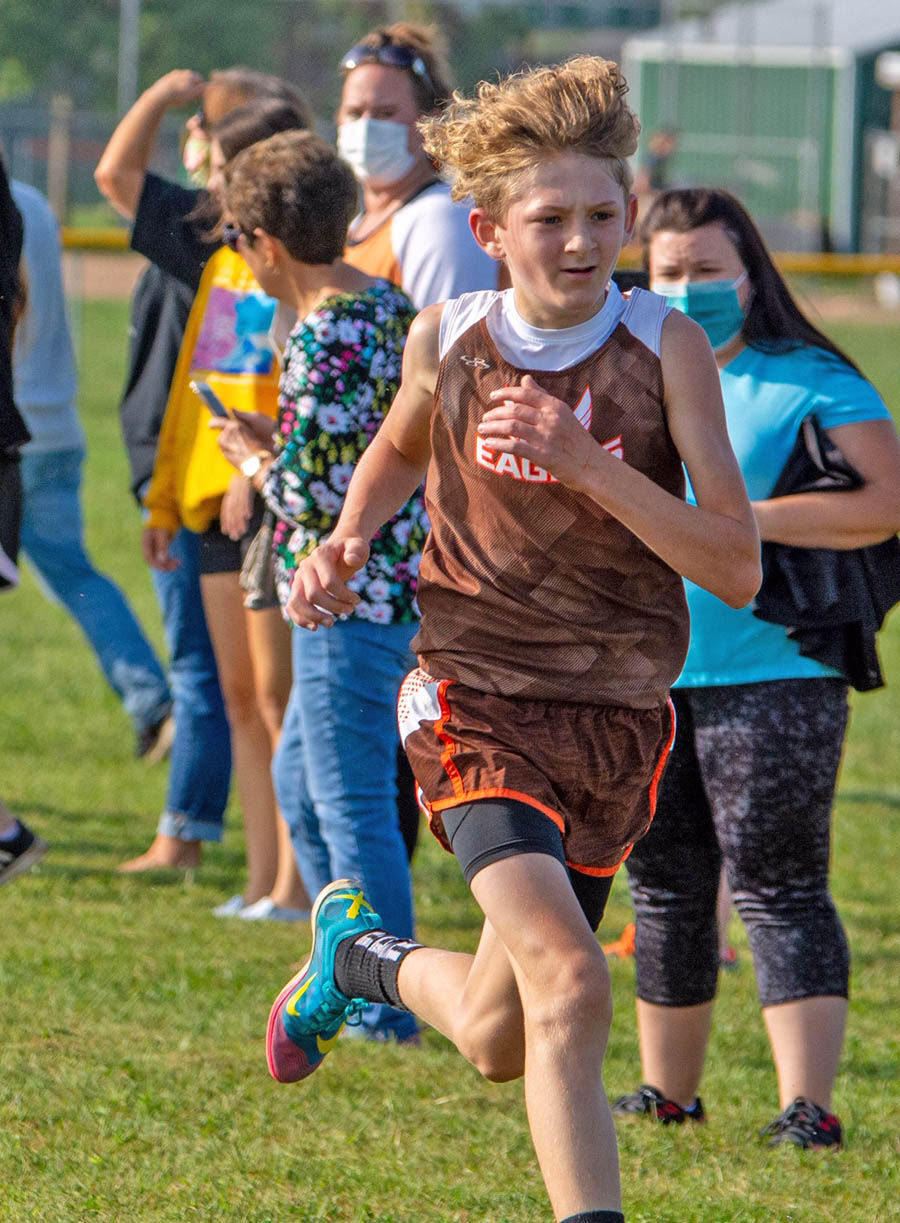 On Saturday, Sept. 12, the Eastern Eagle cross country teams competed at the Waverly Tiger Invitational in Bristol Park. The Eagles placed several in the top five and even claimed an individual title.

The high school boys were the final race of the day for Eastern. Freshman standout Teagan Werner led the way for the Eagles. Teagan covered the course in a time of 17 minutes and 15 seconds which placed him fifth overall. Teagan’s time ranks him amongst the top of Division III freshman in the state. Jaxon Collins was the next finisher for Eastern. Jaxon placed 32rd overall. Hayden Tuggle was the final finisher Eastern placing 56th overall.