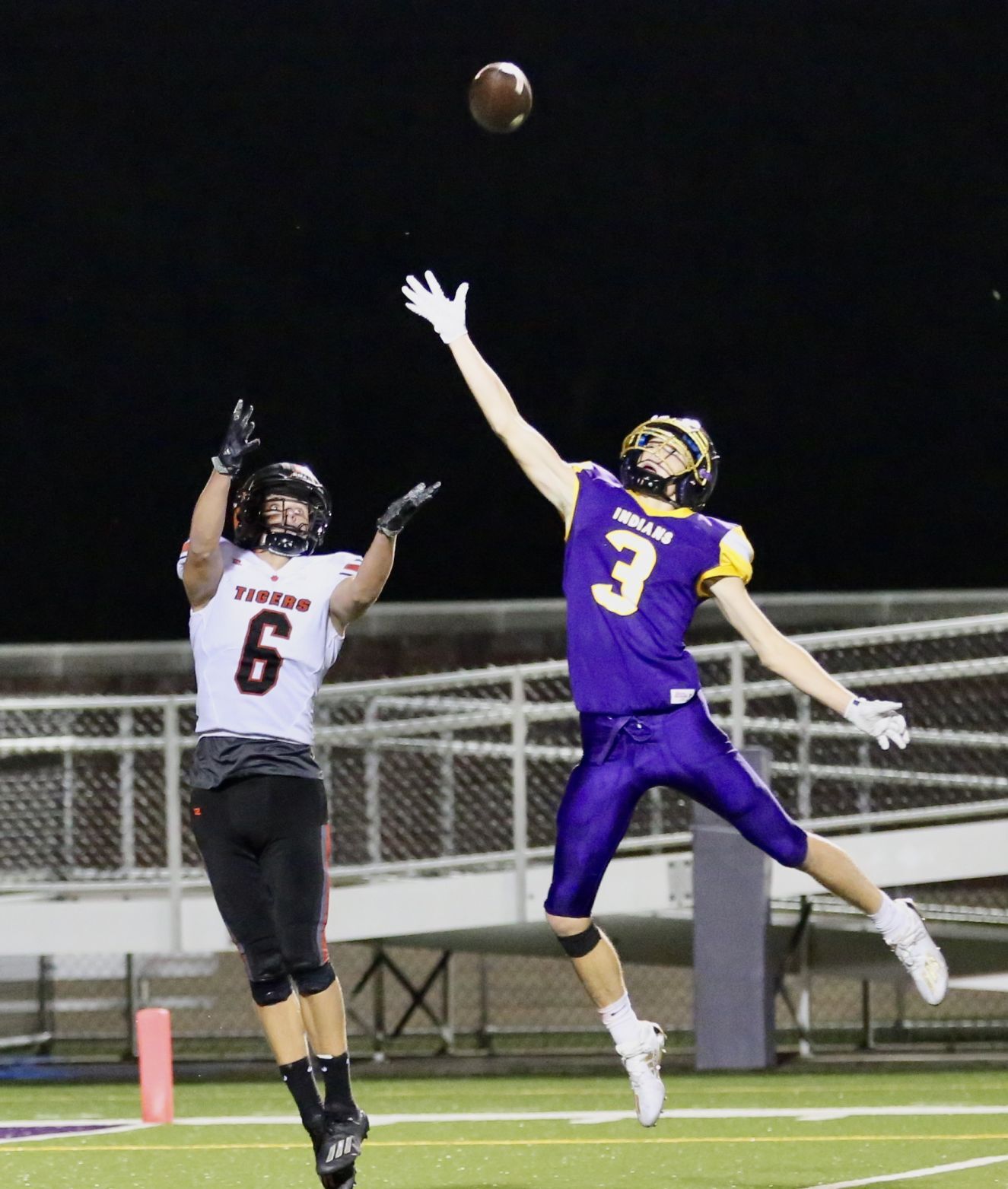 Waverly’s Will Futhey makes a reaching touchdown grab well out of reach of a Valley defender. 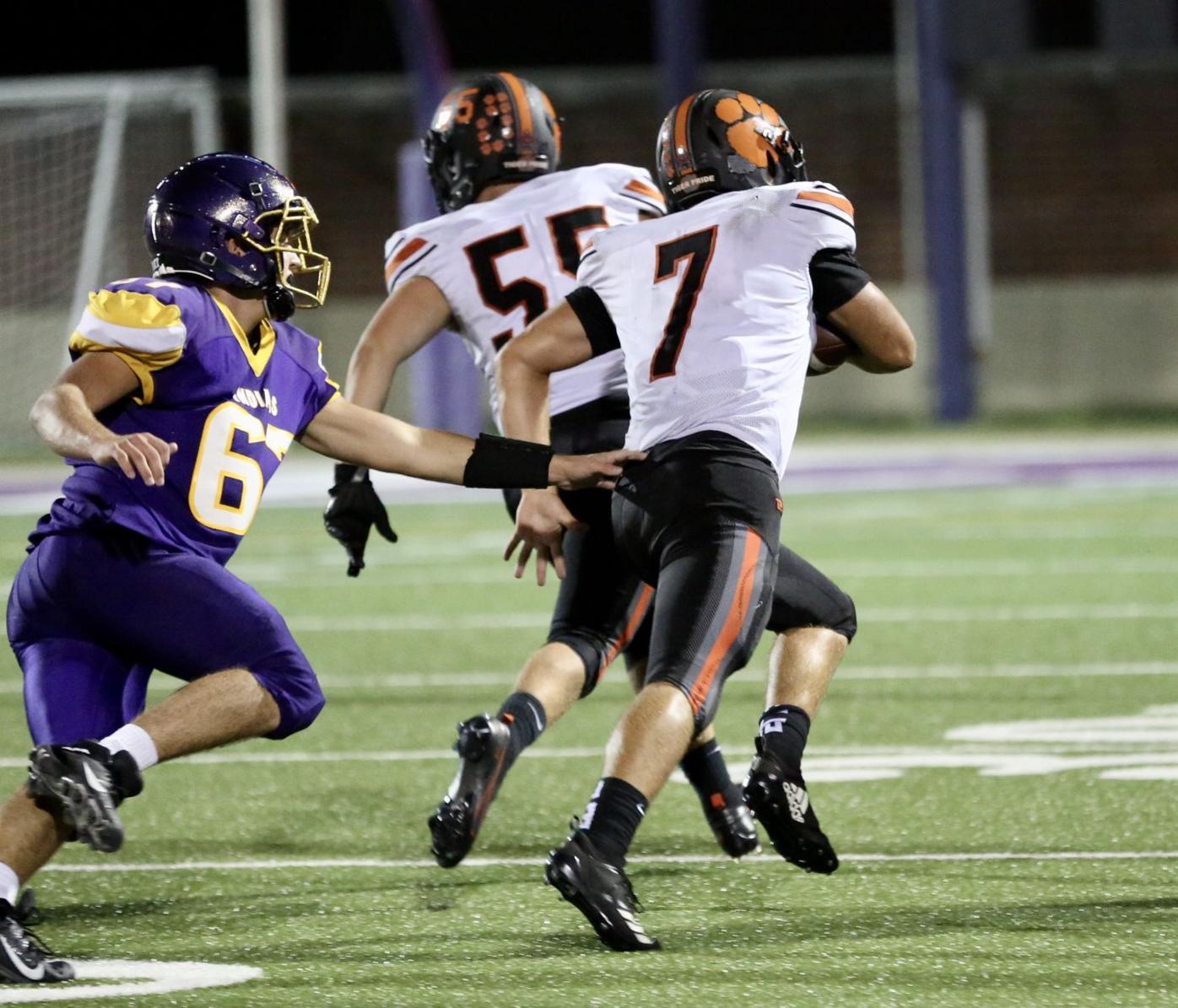 Jaxson Poe runs behind the blocking of Spencer Pollard as he escapes a defender. 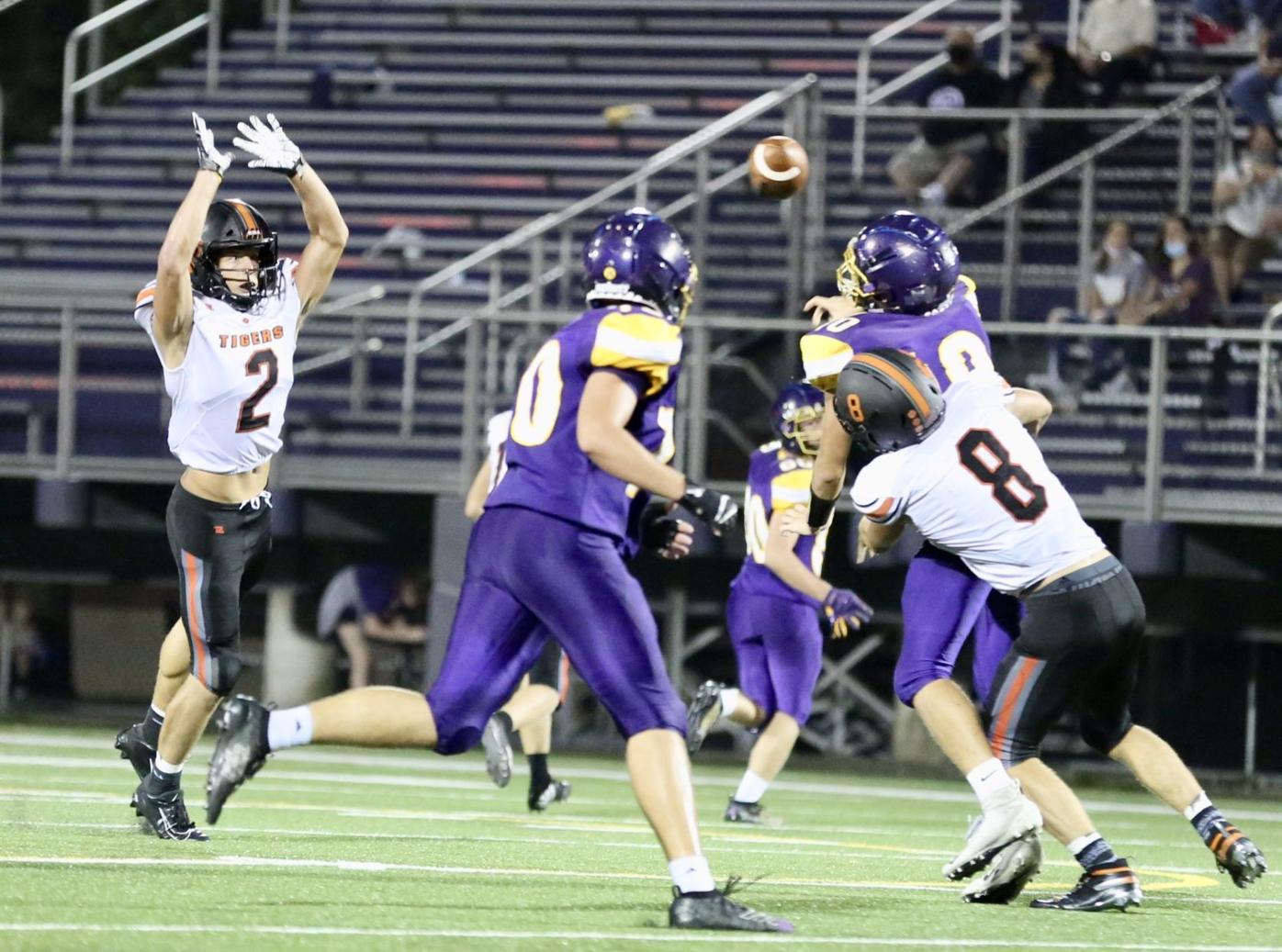 Waverly’s Wyatt Crabtree (8) gets after Valley’s quarterback ahead of teammate Zeke Brown (2) knocking down pass.

Waverly’s Will Futhey makes a reaching touchdown grab well out of reach of a Valley defender.

Jaxson Poe runs behind the blocking of Spencer Pollard as he escapes a defender.

Waverly’s Wyatt Crabtree (8) gets after Valley’s quarterback ahead of teammate Zeke Brown (2) knocking down pass.

In the first two games of the season, the Waverly Tigers relied on the passing game to generate the bulk of their offense.

Three different Tigers had rushing touchdowns, led by Jaxson Poe with 14 carries for 112 yards and a TD. Sophomore Peyton Harris recorded his first varsity touchdown, finishing with 9 rushes for 71 yards on the ground. Quarterback Haydn’ Shanks had 8 rushes for 32 yards and a touchdown as well.

In the passing game, Shanks completed 28-of-38 passes for 366 yards and 5 touchdowns, all of which belonged to junior Will Futhey. In all, Futhey collected 9 passes for 167 yards. Phoenix Wolf caught 8 for 82, Penn Morrison collected 5 of 34, and Zeke Brown grabbed 4 for 74. Wyatt Crabtree secured 1 catch for 5 yards, while Poe snagged 1 for 4 yards.

Waverly finished with 35 first downs in comparison to Valley’s 8.

Defensively, Waverly secured three interceptions. Wolf grabbed the first and returned it 17 yards. Keith Doughman collected the second. Then Tanner Nichols secured the third late in the game and nearly returned it for a touchdown, covering 34 yards. Jaxson Poe provided a fumble recovered after Zeke Brown forced it. Brown was the leading tackler with 6, followed by Cai Marquez and Wyatt Crabtree with 5 each. Crabtree also had 2 tackles for a combined loss of 10 yards.

With the victory, Waverly improves to 3-0 overall and 2-0 in Southern Ohio Conference Division II play. The Tigers will be back home Friday night to take on an undefeated Wheelersburg Pirates team at Raidiger Field for an SOC showdown.