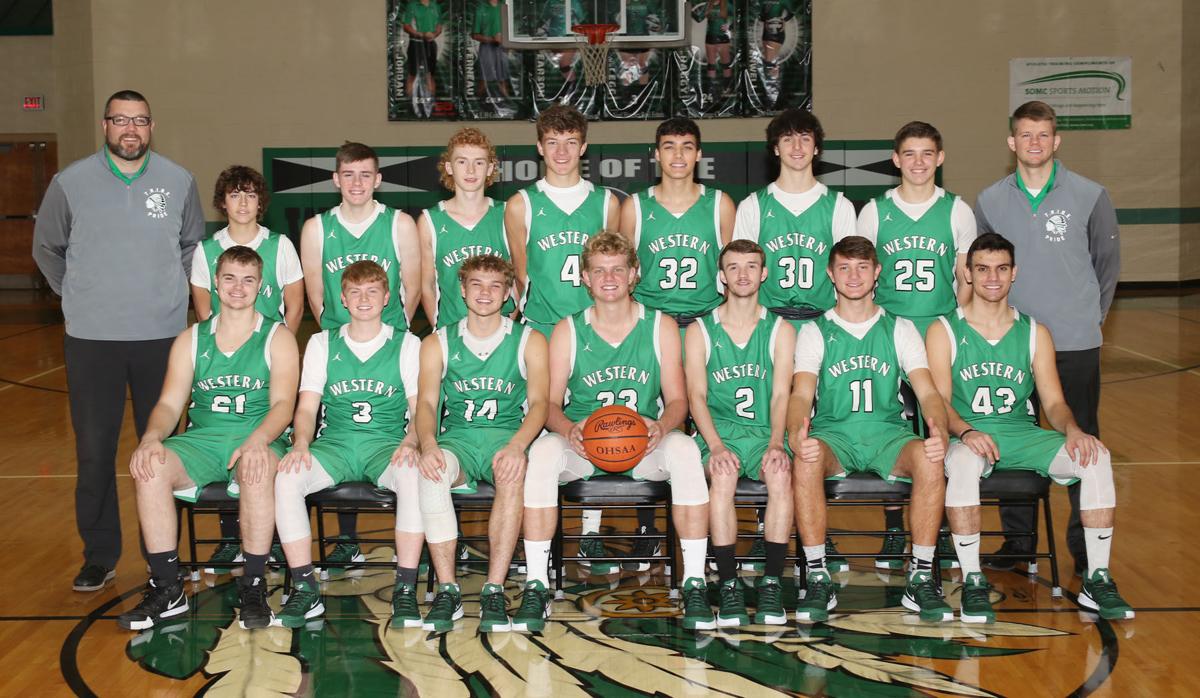 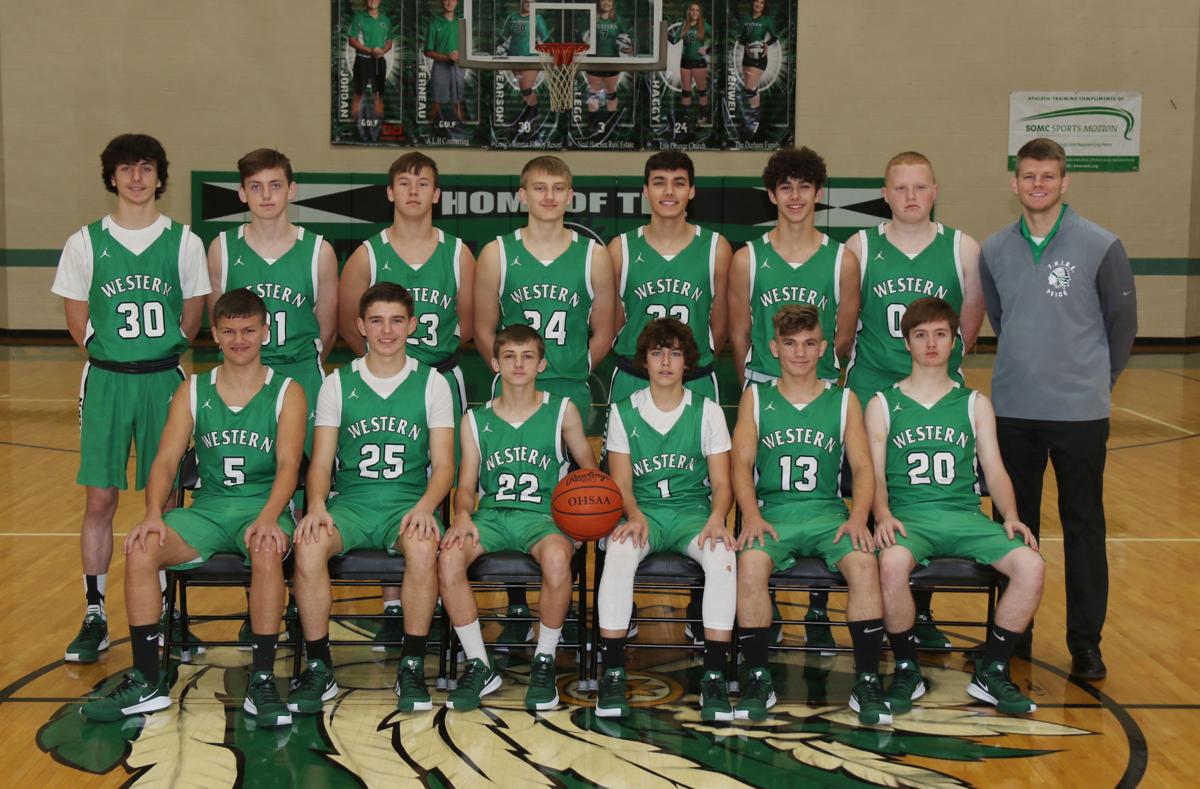 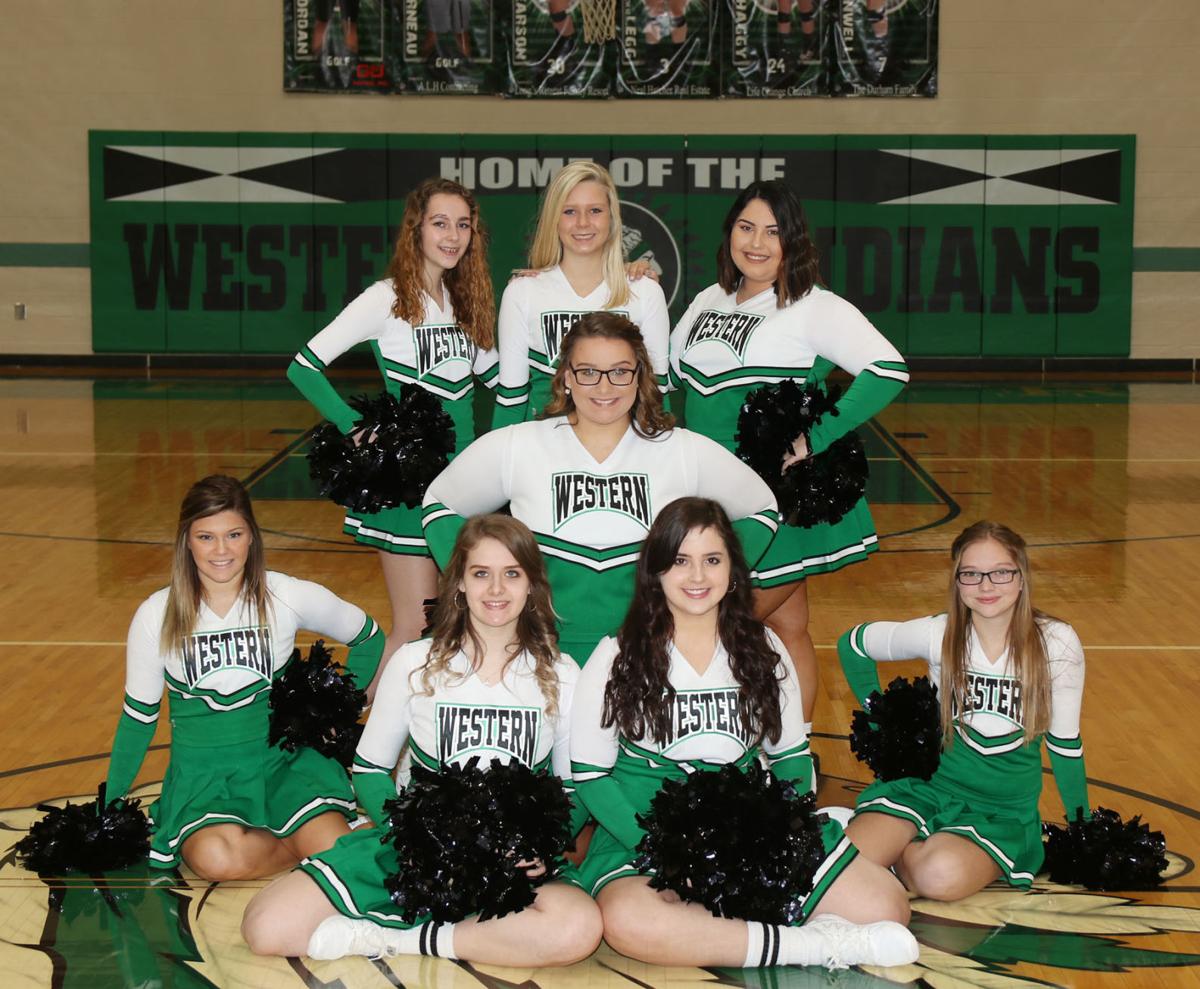 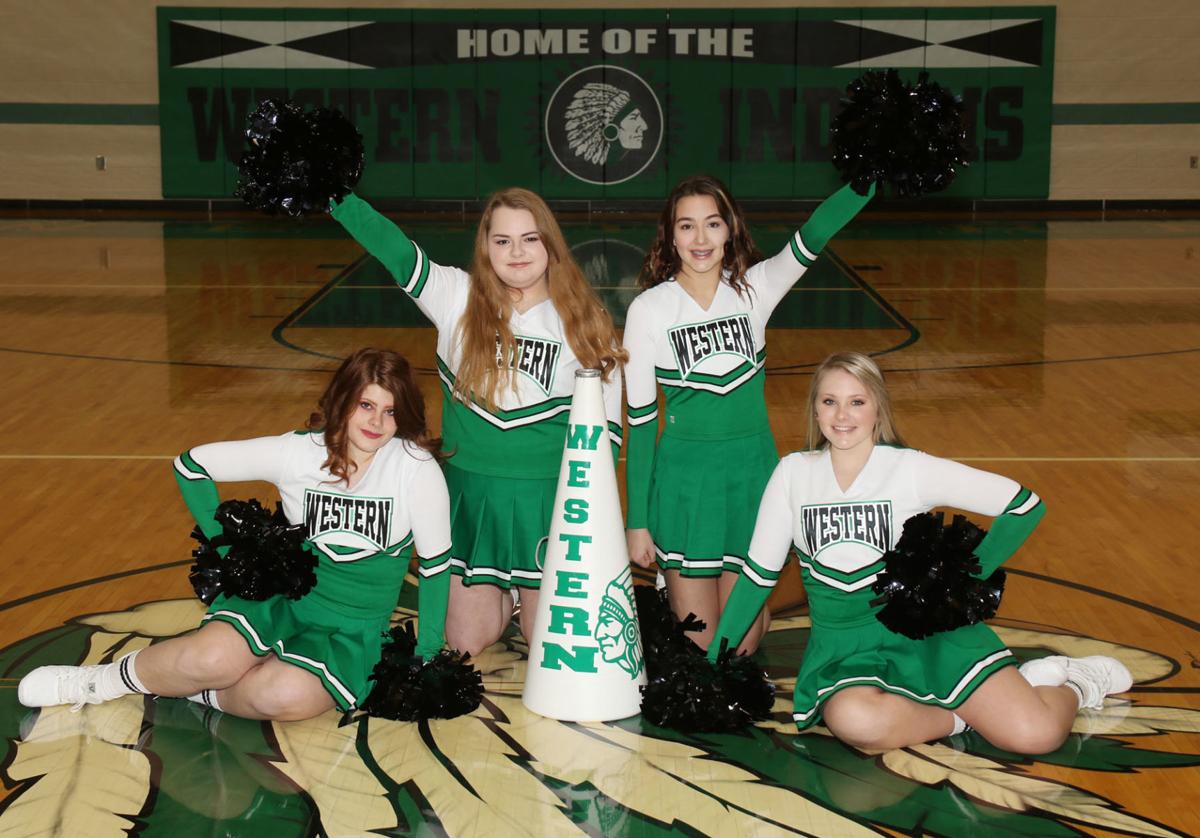 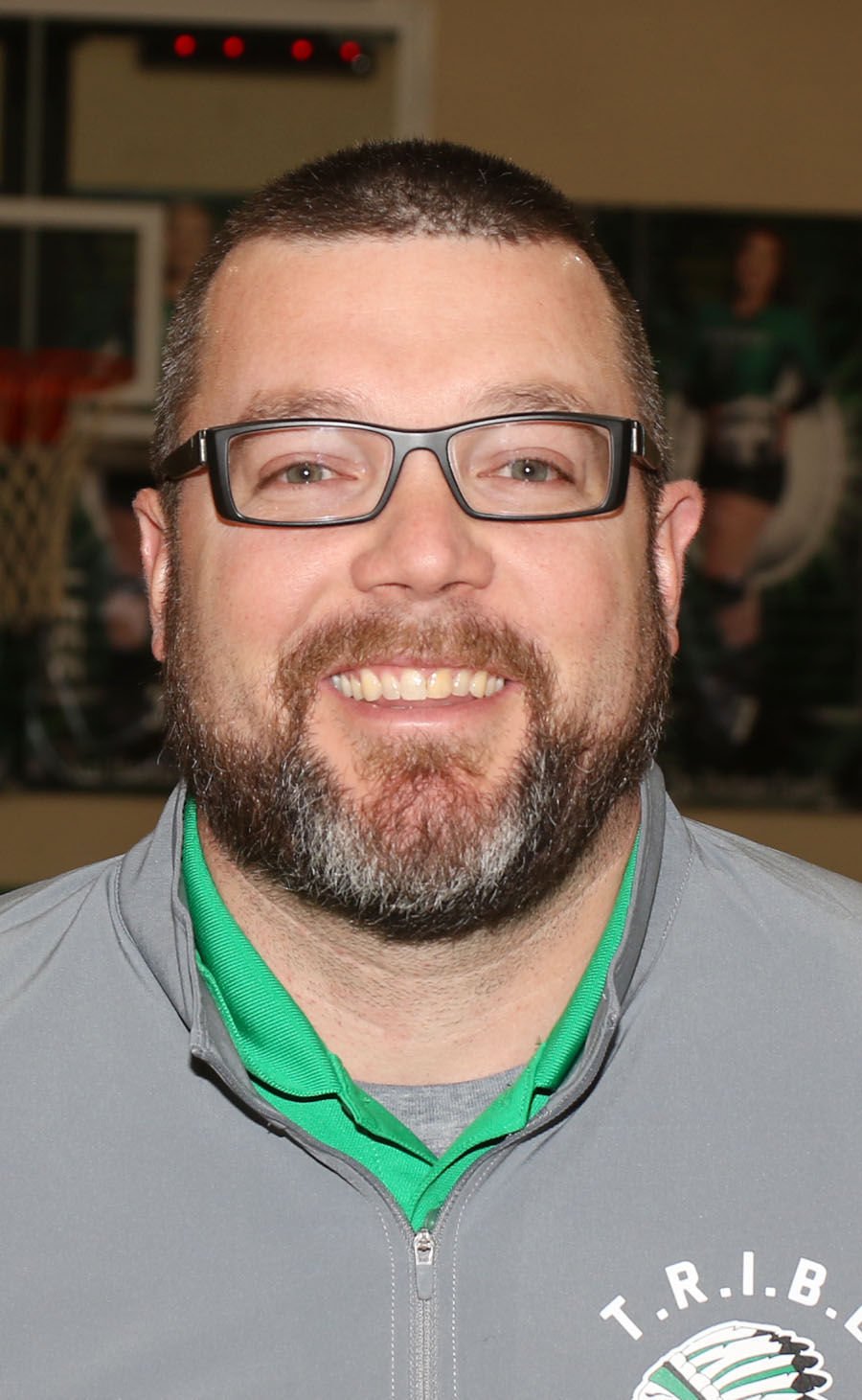 As the Western Indians take the court this season, they will be guided by Coach Doug Williams, the grandson of Western High School’s long time and legendary Coach Henderson “Heckie” Thompson.

Williams has connections with every school in Pike County. He attended Waverly from kindergarten into third grade. Then he went to Eastern from third through 11th grade before moving to Piketon for his senior year due to family issues. He graduated from Piketon High School in 1999.

The path to coaching came after a collegiate basketball career.

“I played at Miami of Ohio. Then my first job was at Western Brown High School. I was the assistant coach and eventually became the head coach. My ex-wife and I moved to Pittsburgh, Pennsylvania, for her job. I worked in Pittsburgh for four years. We got divorced; I moved back,” said Williams.

“I worked one year at Portsmouth West because my high school coach at Eastern, Jeff Stricklett, was the superintendent down there. The superintendent that I had at Western Brown before I left, Chris Burrows, was at Georgetown. When he heard I was home, he called me and said he had a job for me at Georgetown. So for the last four years, I have been there.”

Then the opportunity came for Williams to return to his home county and have his dream coaching job in the same school district where his grandfather built a name for himself and the Western Indians.

“When Coach P.J. Fitch resigned (after last basketball season), there were some people here that I knew. Coach (Tyler) Jimison was one of them. They got into contact with me about an opportunity here. After talking with Mr. Brewster, it all fell into place,” said Williams.

“I’ve been at Waverly, Eastern and Piketon. This is the only school I didn’t attend and now I am coaching here. My grandma and everyone tells me stories that at 5 days old I was in the old Western gymnasium at practice. So I’ve always had a special tie to Western because of that.

“When I was growing up and I decided I wanted to be like grandpa and be a coach, my mind always came back to Western. I wanted to be just like he was at Western. When this all happened, it was like I had thought about it my whole life and now I have the opportunity to do it.”

Williams and his family are currently living in Portsmouth in a house owned by his father-in-law. Once they sell their home in Georgetown, they will look for housing in Pike County.

Williams is looking forward to the season, inheriting a team with a large senior class.

“It is exciting when you take over a new program because you are infusing new ideas and new things. The outpouring of people who supported grandpa has been amazing. It has been cool to see that people are still excited about when he coached. You don’t always have that. It has been a long time since he passed,” said Williams.

“I’ve taken over a couple of different programs in my coaching career. Western Brown was different because I was an assistant. So I had coached all of those kids. I really didn’t know what it was like to take over a program from scratch. When you take over a program, no matter how good the coach was before you, it is all different. It is a different vocabulary. The kids aren’t used to you and the way you do things.

“I really got a taste of that when I went to Pittsburgh. I took over a program that was really struggling. I also got to see what it was like to take over something new. You take for granted all of the things that you have been teaching the kids you left when you take over a new program.”

“We have seven seniors. They are talented and skilled. The biggest thing we are fighting is what our culture is going to be. We have some guys who want to step in and be the next Lane Brewster (2019 graduate and 1,000-point scorer who was the primary ball handler, averaging 20 points and 10 rebounds per game). And that is just not how it is going to work,” said Williams.

Outside of Jordan, Ferneau and Gibson, Williams didn’t know what to expect from the other seniors.

“We have some guys who have surprised us. Austin Beckett has had a really good summer and preseason. Sheldon had a really nice summer as well. They weren’t talked about when I got hired because they didn’t play a lot last year,” said Williams. “Terrell Francis and Dylan Theobald have been great guys to further the culture we are trying to push.”

There are three juniors on the roster, including Colton Montgomery, Riley Beekman and Sage Collingsworth. In the pre-season, Montgomery was battling with Gibson for the starting point guard spot. Williams said Beekman may be the best athlete in the program.

“Kolten Miller has come back from Waverly. He will play some significant minutes. Noah Whitt has come on strong. Reed Brewster is a really skilled guard. He is behind two point guards right now, but could see minutes this year and is a very good shooter,” said WIlliams.

“Almost every spot we have will be by committee. I want my kids to play hard enough that they need a break. Then someone needs to take those minutes and do the same or better as the person before. Depth should be a huge positive for us. We don’t have Lane Brewster, but we have nine guys who could take each other’s spot. But that is good for growth because that means they push each other every day in practice.”

Williams feels that New Boston could be the frontrunner for the SOC I title this season.

“I know New Boston is really good. They were second in the league last year and they return all but one starter. They have had some transfers join them. They will be the team everyone is talking about,” he said. “Our goal is to compete with teams like that and give ourselves a chance to win games at the end.”

The Indians will open their season at home on Dec. 6 when they take on the Notre Dame Titans.

“I’m excited. It is an honor to be here. I walk by grandpa every day (in the trophy case),” said Williams. “I have a young son, so I am excited for him to grow up, see that and be a part of it every day. Even though I didn’t go to school here, it still seems like a homecoming.”