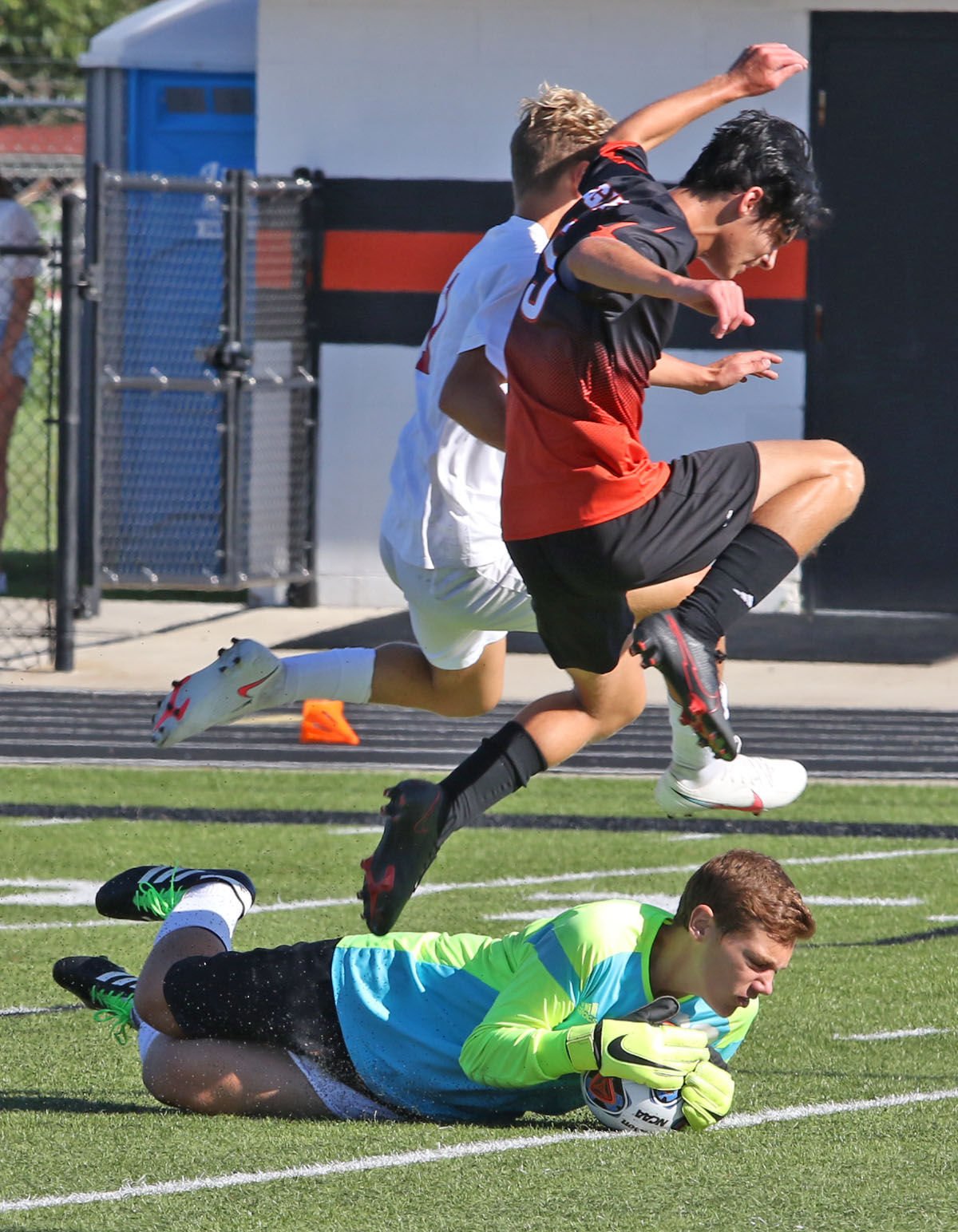 Nearly getting past the defense, Waverly’s Keagan Smith hurdles over the Hillsboro goalie after the goalie made a diving stop of Smith’s shot. Smith had a goal and an assist in the win Saturday afternoon at Raidiger Field. 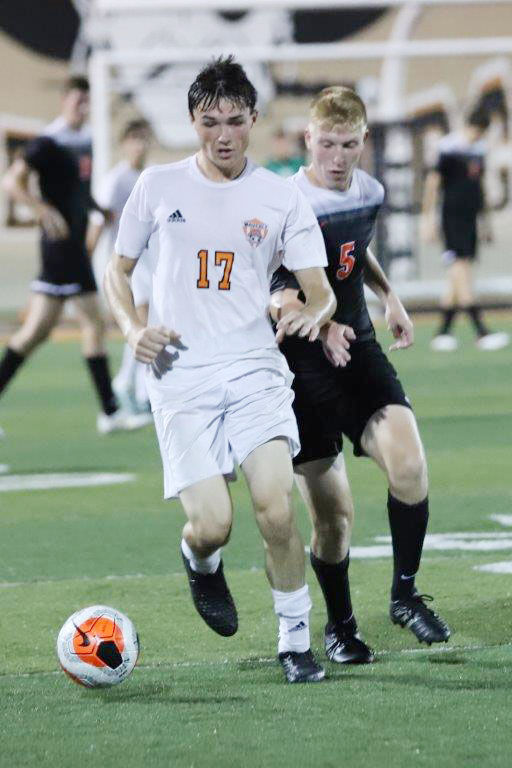 Caleb Boyer works the ball away from a defender at Wheelersburg. Boyer had Waverly’s lone goal in the road loss. 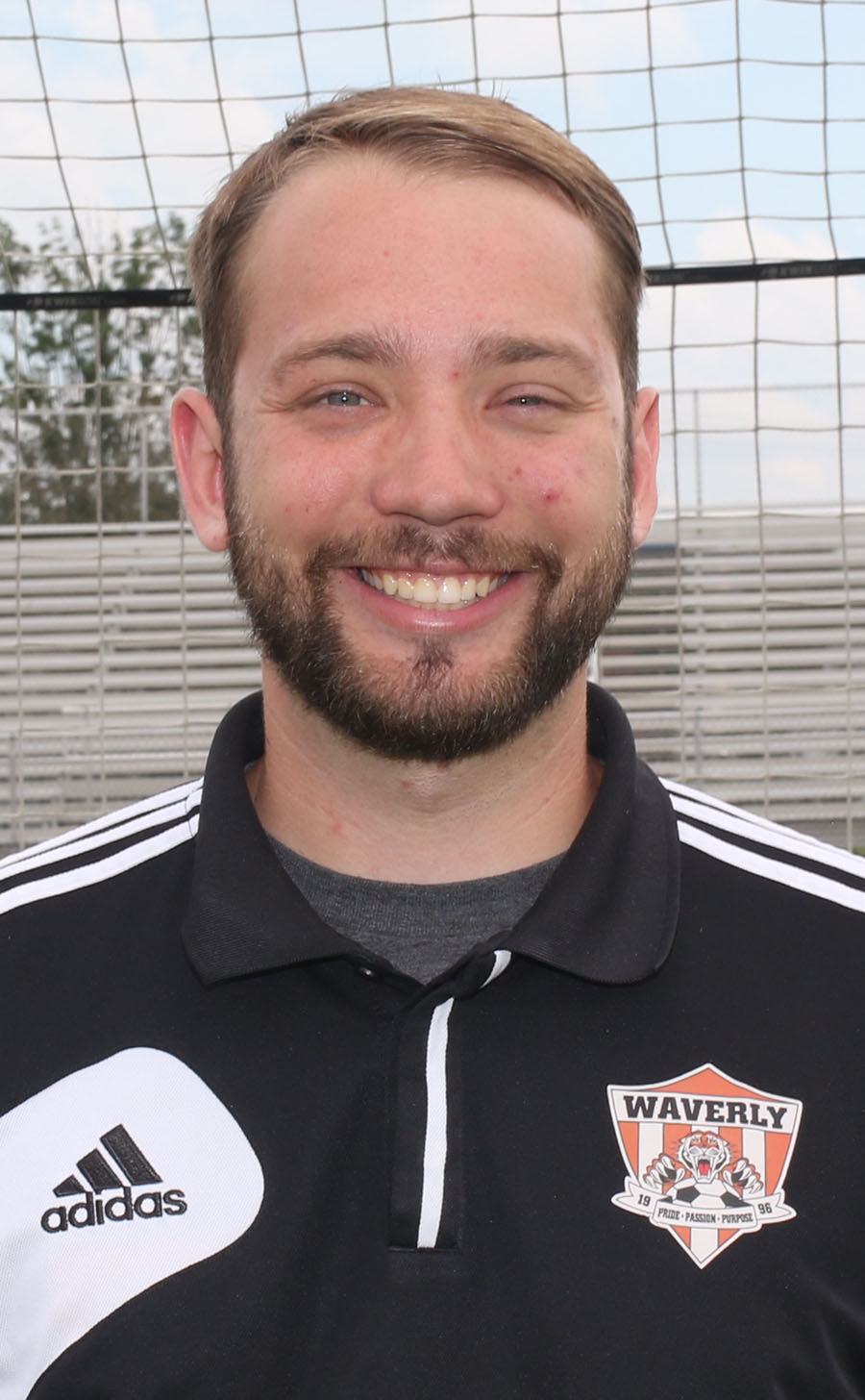 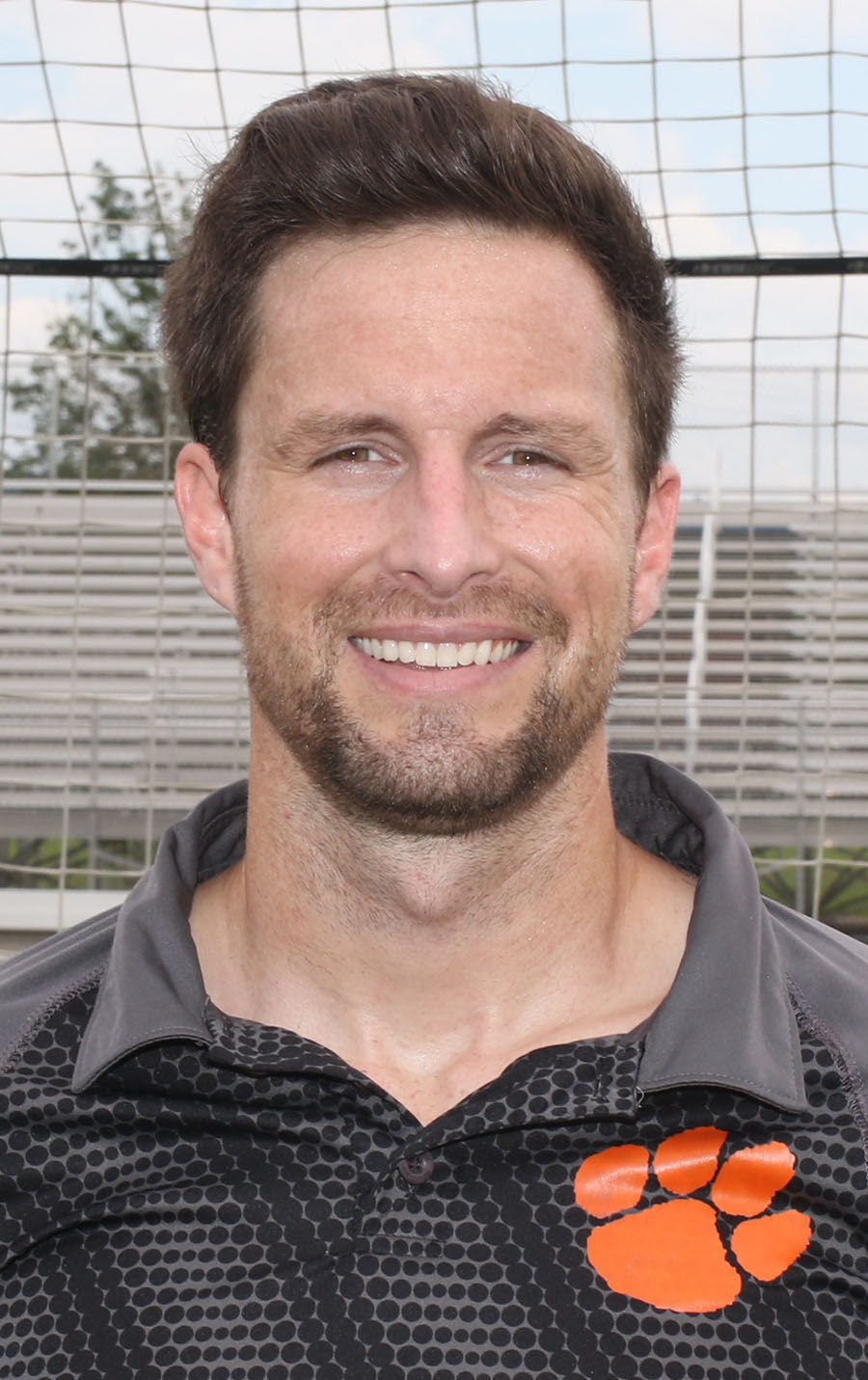 Nearly getting past the defense, Waverly’s Keagan Smith hurdles over the Hillsboro goalie after the goalie made a diving stop of Smith’s shot. Smith had a goal and an assist in the win Saturday afternoon at Raidiger Field.

Caleb Boyer works the ball away from a defender at Wheelersburg. Boyer had Waverly’s lone goal in the road loss.

It was an opportunity to good to pass up for Waverly graduate Luke McAllister.

McAllister graduated with his teaching degree from Shawnee State University and spent last school year teaching at Paint Valley outside of Bainbridge. But a phone call in April set in motion an opportunity for him to return to Waverly as an educator instead of a student.

McAllister, who has always wanted to be a coach, also had the opportunity of becoming the head coach for the Waverly High School boys soccer team.

“I figured I would be coaching soccer at some point, because that was the sport that I played a lot. I played for Waverly High School for four years and was varsity for three years,” said McAllister. “It was always my dream to come back here, but I didn’t think the dream would happen in my second year of teaching. Whenever I got the phone call, everything came true and fell into place.”

McAllister assumed that he would have a few coaching stops before he had the chance to be in charge of a varsity team at Waverly. He had started his coaching journey at Paint Valley, but never had the opportunity to put those skills into action.

“I was the varsity girls track coach at Paint Valley, so I had three weeks of coaching and then COVID hit. It was like dipping my toes in the water and feeling it out,” said McAllister. “When I got the phone call (about Waverly), it was an opportunity I couldn’t pass up. It was perfect. It is a dream come true to be back here coaching soccer.”

At Waverly High School, McAllister is teaching Algebra I and a couple of Biology courses. He was a regular visitor at Waverly athletic events and soccer games while he was at Shawnee. Now he will be coaching some of the players he watched.

“I’ve seen a lot of these guys grow up and ran camps with them when I was in school. I’m glad to be back,” said McAllister.

“Right now, the biggest thing is building a family culture. I want to make sure everyone is part of the team, and ultimately, that will lead us to other goals. The ultimate goal is to win a Southern Ohio Conference title, as well as winning a district title down the road. I’m hoping we can compete for the SOC title this year. We have a long ways to go, but we have a good group.”

McAllister lined out his specific goals for his team. The number one priority is to become more of a family and more of a team. The second is to really hone in on making themselves better as a team and as individuals. The third is to compete.

“Ultimately, if all of that leads to a title, I would love for it to do so,” he said.

McAllister’s assistant coacg is former Waverly soccer standout Luke Purpero, who was an assistant for last year’s team as well.

“Luke and I have known each other for years. I played with his younger brother Jacob. Luke has been phenomenal throughout the whole process, as tough as it has been with COVID. Normally the summer is tough with a lot to do,” said McAllister.

“Luke has been a blessing. As someone who is in the top of five of most goals scored in the state of Ohio, Luke has taught the boys a lot about scoring. He is really developing more as a coach and is great to have as a guy like myself, who is starting his first year. We work really well together. I’m looking forward to having the season with him.”

On Thursday, Aug. 27, the Tigers opened soccer competition in a challenging battle with South Webster at home, falling 1-0 to the visiting Jeeps.

On Mon Aug. 31, the Tigers picked up their first win of the 2020 season in strong fashion, winning 5-2 at Portsmouth West.

Heading to Wheelersburg on Thursday, Sept. 3, the Tigers suffered a 3-1 loss. Caleb Boyer provided the lone Tiger goal. Junior keeper Aaron Haynes had 18 saves. Wheelersburg is ranked 12th in the state in Division III in the first Ohio Scholastic Soccer Coaches Association poll of the year.

Then on Saturday, the Tigers battled Hillsboro in their first non-SOC game of the year, winning 3-2.

Caleb Boyer delivered the winning goal just minutes into the second half, snapping a 2-2 tie. Boyer finished with two of the three Waverly goals. The other belonged to Keagan Smith, who also had an assist on one of Boyer’s goals. Aaron Haynes had 11 saves and one assist.

The Tigers played at home Tuesday evening, squaring off with the Minford Falcons. Waverly will travel to Miami Trace Thursday evening to take on the Panthers.