DC2 Matthew Smith, a Piketon native, served aboard the USS Donald Cook in Spain for the last three years. 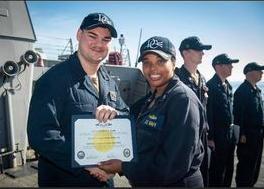 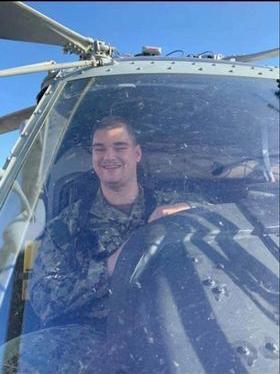 DC2 Matthew Smith, a Piketon native, served aboard the USS Donald Cook in Spain for the last three years.

In those past three years, Smith told the News Watchman he has patrolled all over Europe and parts of the Middle East, visiting such places as the Black Sea and the Mediterranean Sea.

“I’ve been able to travel the world,” he said in a Thursday interview, estimating he’s been to 16 countries. “It’s been tough to leave my family, but I feel like this has provided me with more opportunities.”

A Piketon native and graduate, Smith has only gone back once to visit family and friends since his deployment. Fortunately, he has been able to stay in contact with his loved ones.

Smith shined on the gridiron as a Redstreak, where he earned All-State honors in 2016. During those four years, he regularly led Piketon on the defensive end as its lead tackler.

“Piketon has always been a great program and I feel like it’s a family,” he said. “That was probably the best part of high school.”

Currently, Smith is based out of Jacksonville and has one year left on his contract. He is planning on reenlisting, but is not sure if he will spend his entire career in the Navy or if he will pursue another route such as college.