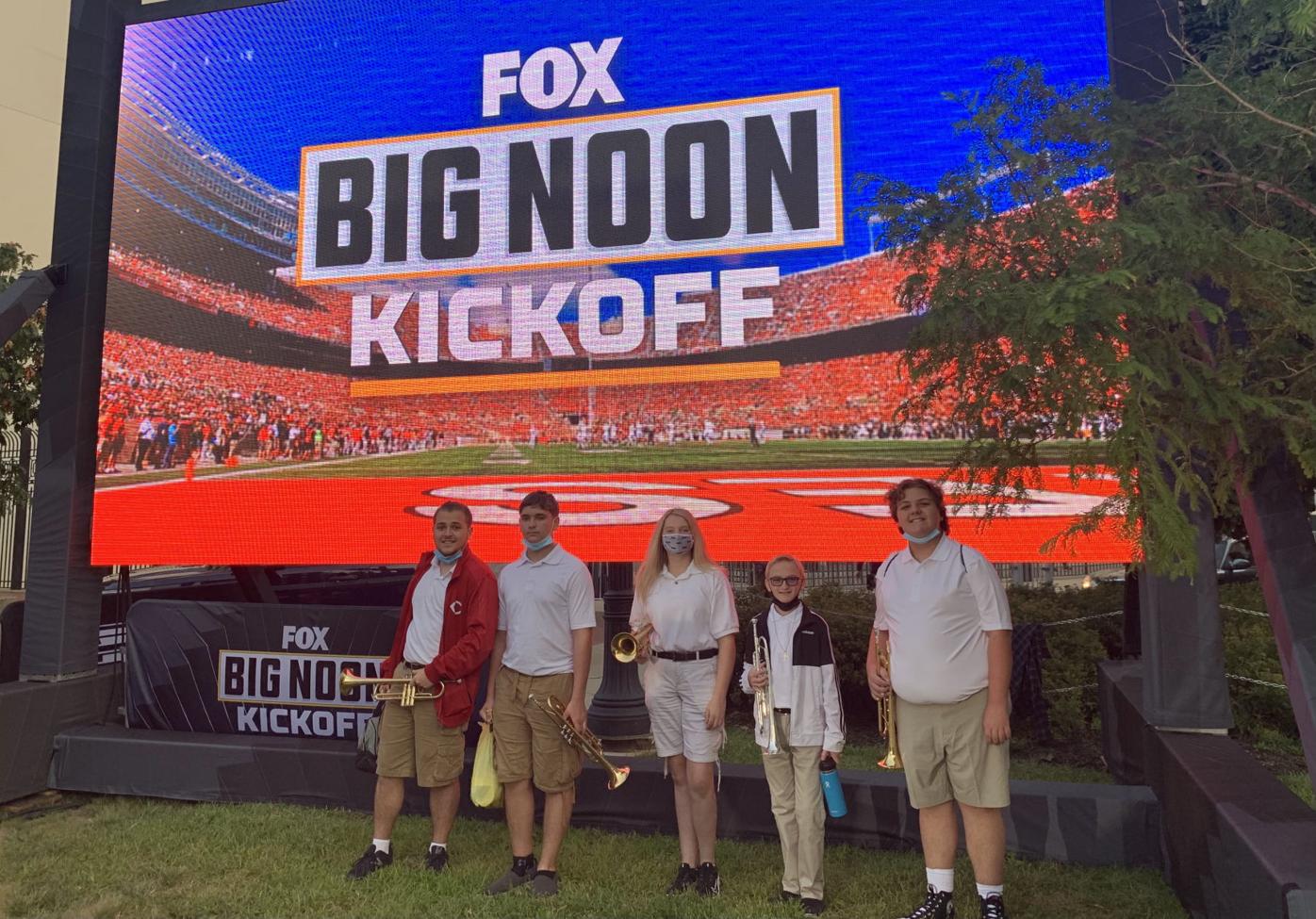 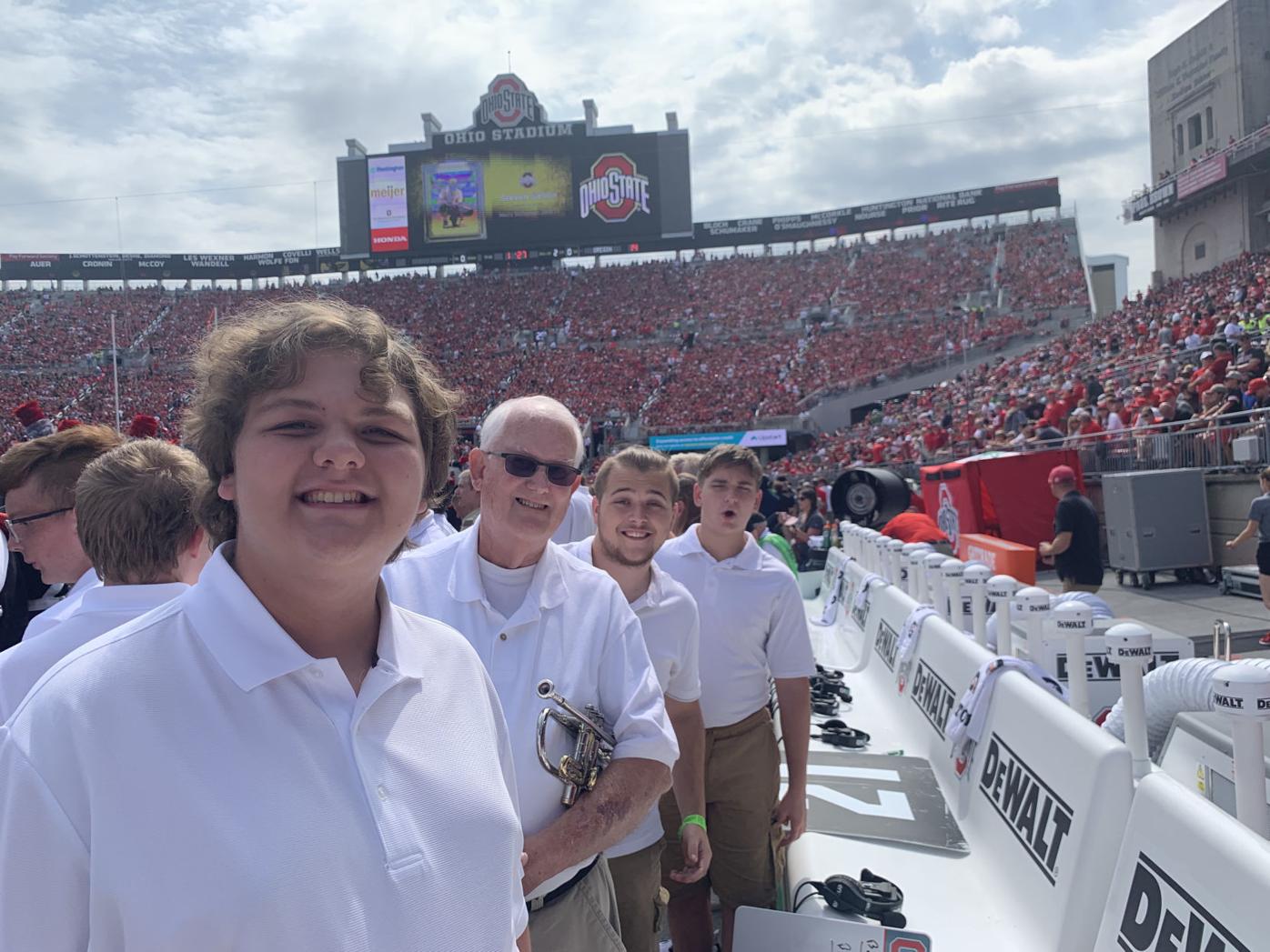 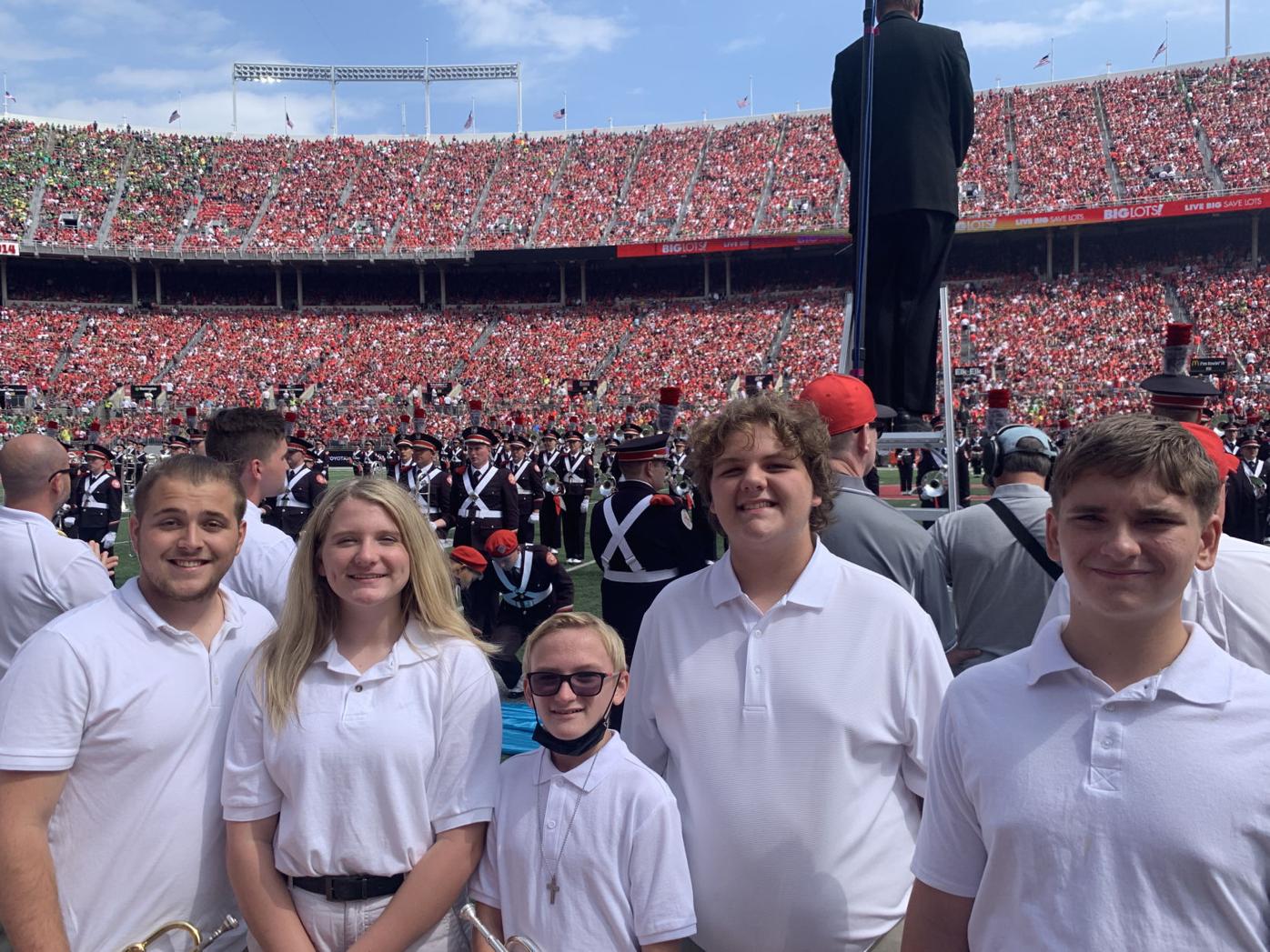 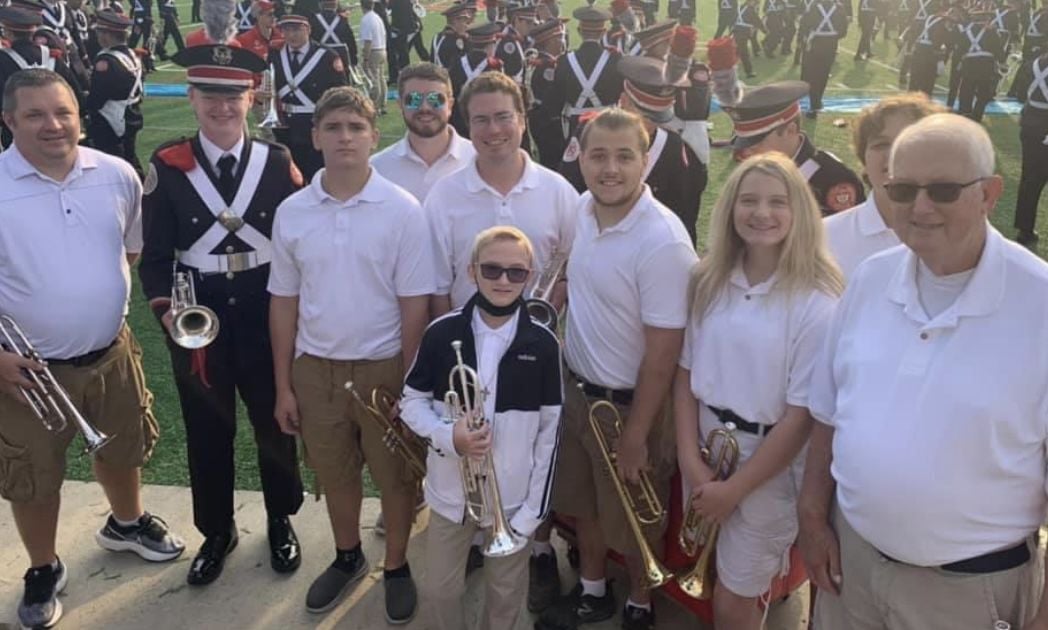 COLUMBUS- It was not the outcome Ohio State was looking for its football home opener last Saturday, but still a memorable day for several former and current Piketon High School and Waverly High School band members.

Part of a world record attempt at the horseshoe, Pike County trumpet players helped Columbus-area teen Chase Hamilton in the record-breaking trumpet ensemble as a part of his final Eagle Scout project.

In total, more than 240 trumpeters ranging from 9th grade to those in their 70’s and 80’s from across the state took the field at halftime. Joining them were current Waverly students — Abby Bucher, Xavery Atencio, Alex Cutlip, Tyler Matthes, and Kinzer Murphy — Piketon graduate and current OSU band member Bryce Morgensen and Waverly and OSU band alumni Chris Williamson, Mark Hamilton, and Greg Barch.

Zach Ross, Waverly band director, was also in attendance and said the group practiced with the OSU band on Thursday and Saturday morning prior to kickoff.

Being a part of the historical performance was made all the more important, Ross said, as the group honored the Honor Flight Network, which flies veterans free-of-charge to war memorials in Washington D.C., and the 20th anniversary of 9/11 with the “Heroes of 9/11” program.

“It was well-organized and just a phenomenal experience to be a part of on game day,” he said on Tuesday. “To pay tribute to all our veterans was the most awesome thing.”

Over the coming weeks, the Waverly High School marching band is to participate in multiple local events, including the Oak Hill Band Show this Saturday and the Jackson Apple Festival the following weekend.