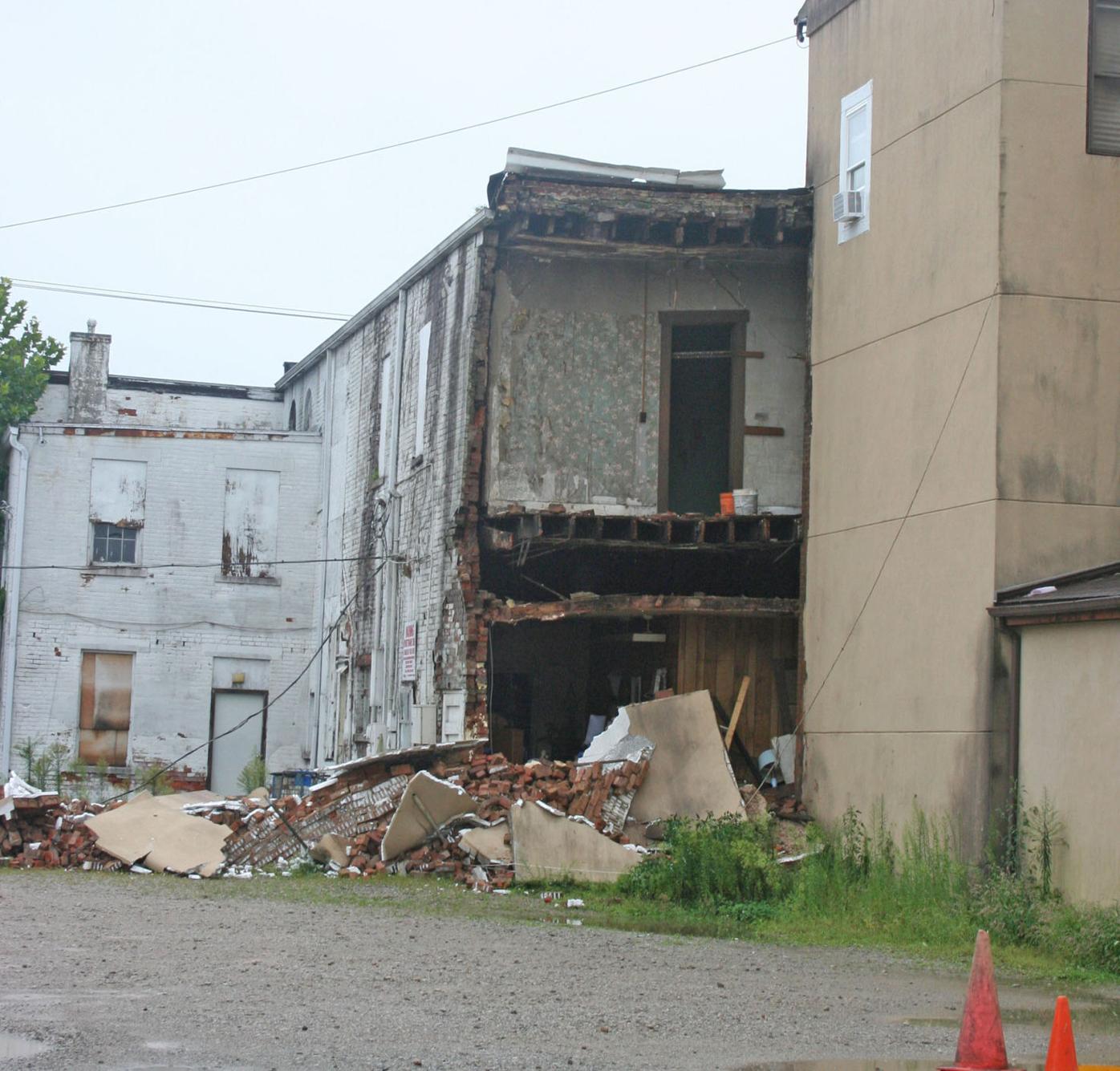 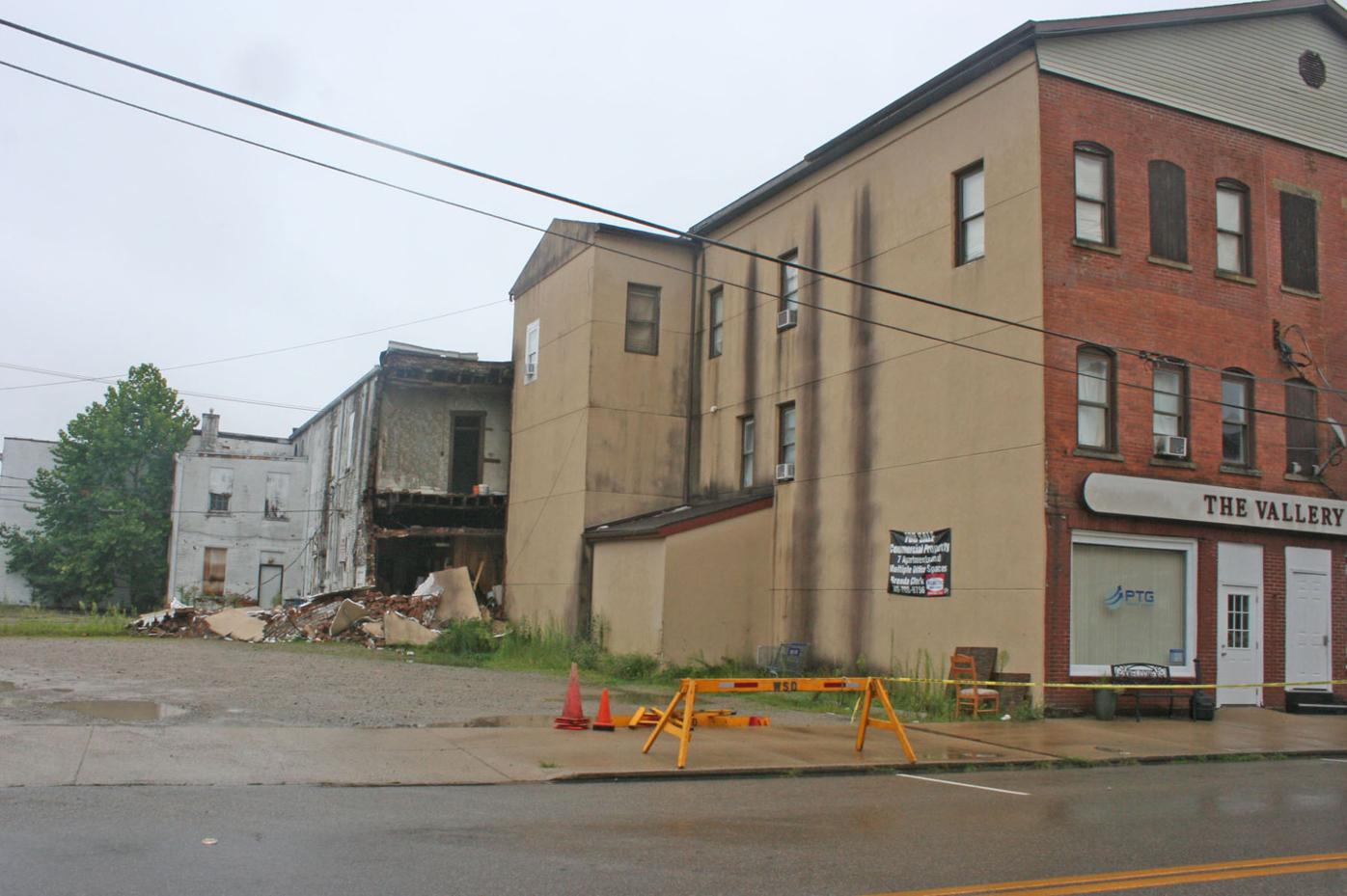 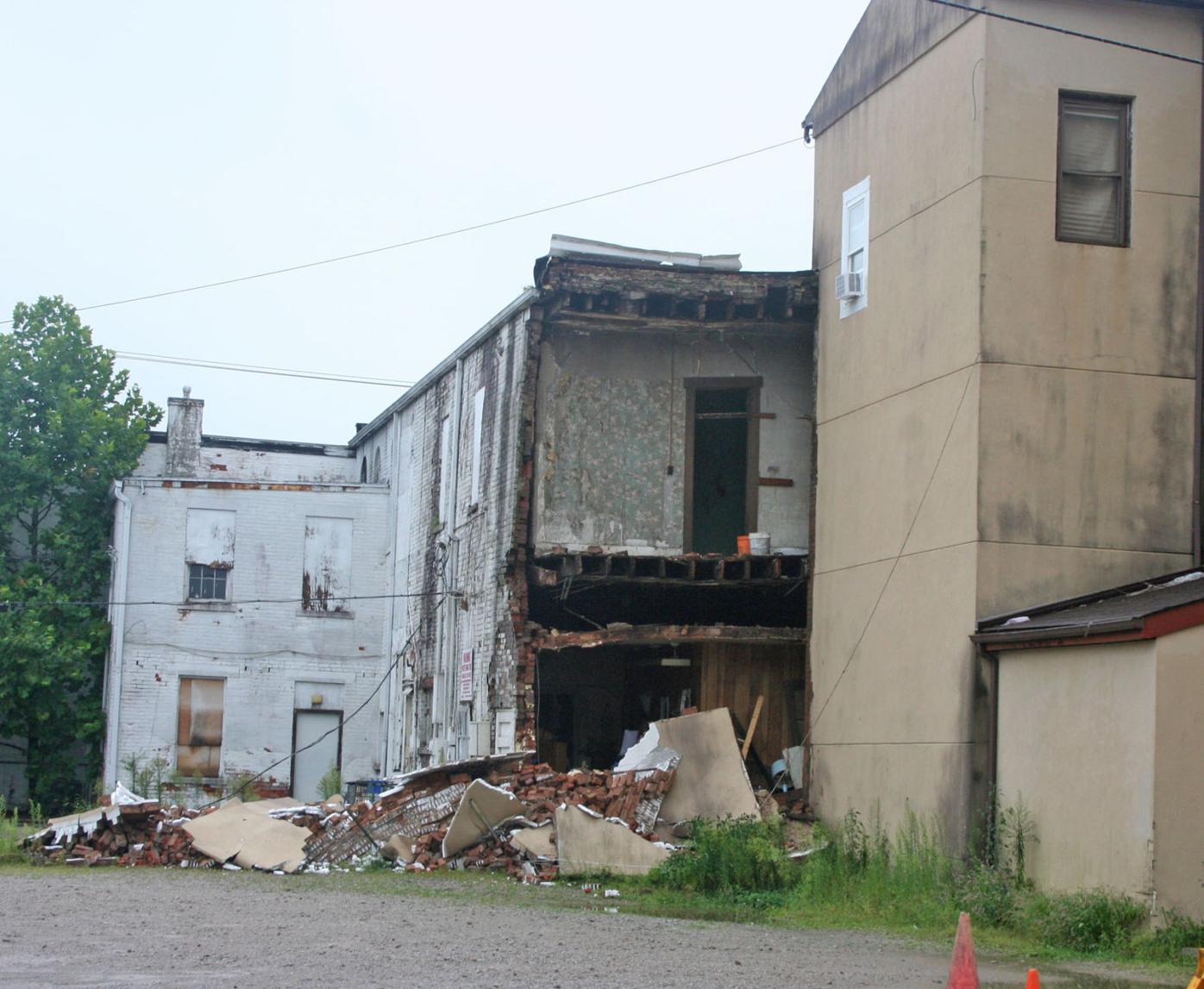 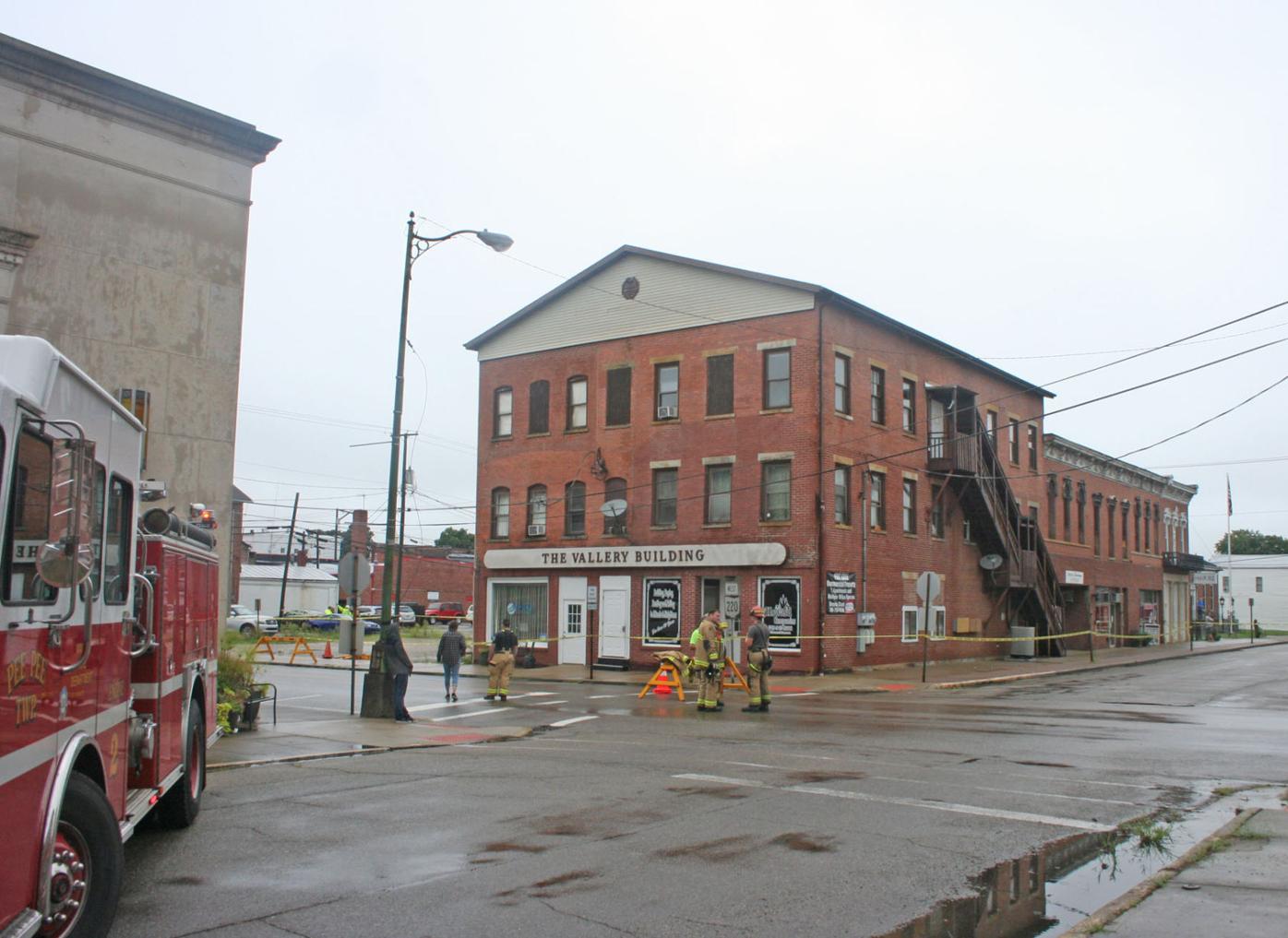 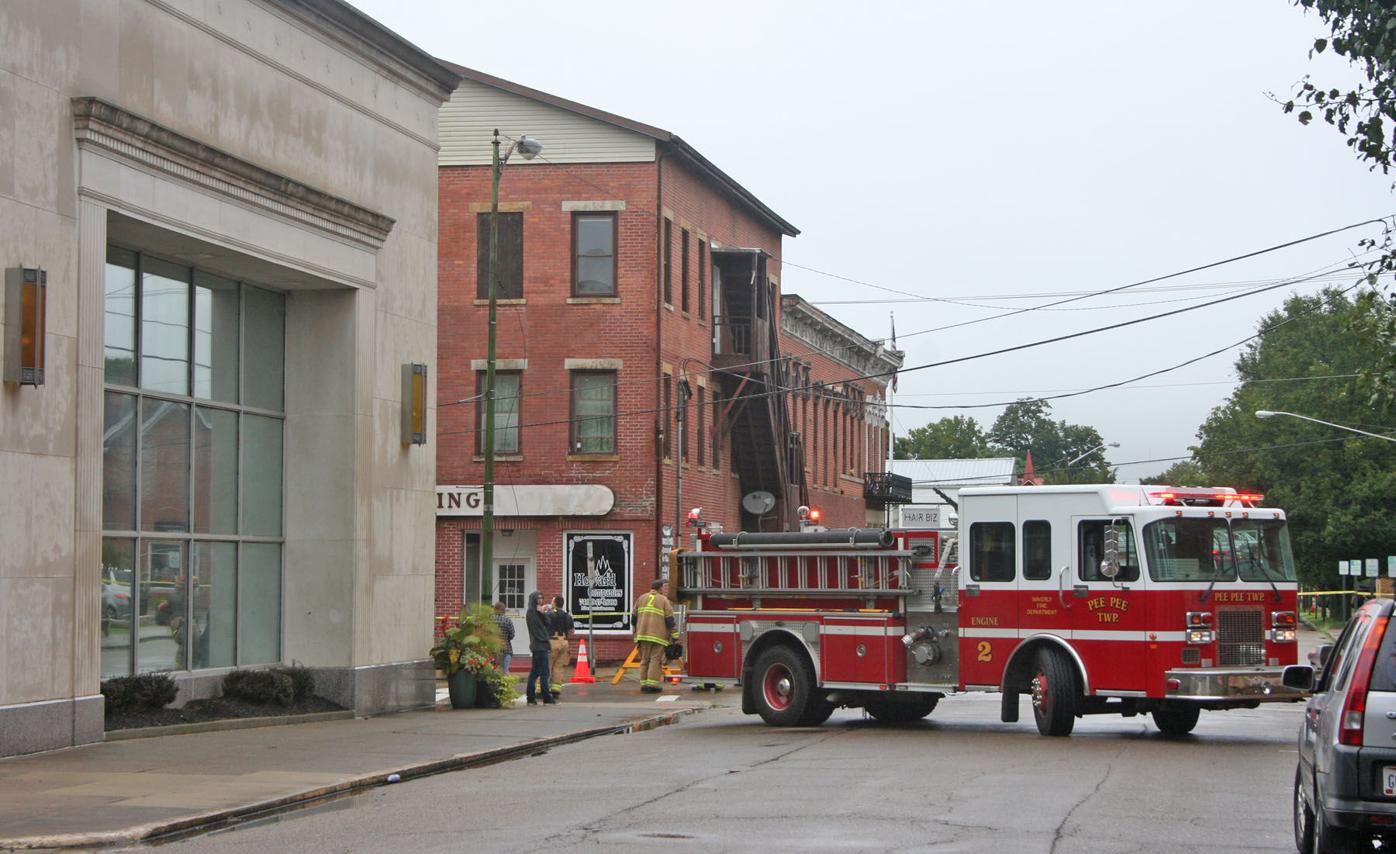 In the torrential downpours that moved through the area Thursday morning, the Waverly Fire Department was dispatched to the downtown area in reference to a partial building collapse.

The affected building, attached to the Vallery Building at the corner of Market and Second streets, had a back wall collapse into the parking lot beside it, sending bricks and other debris from two entire floors onto the ground below. The collapse affected the rear section of Modern Farmhouse Antiques & Hand Crafted Decor. Anyone parked in the area was urged to move their vehicles to make room for initial emergency vehicles.

Waverly Fire Chief Jeff Minshall notified Tim Dickerson, Director of the Pike County Emergency Management Agency (EMA), due to seven families with a total of 15 individuals being temporarily displaced from their residences in the Vallery Building. Dickerson said representatives from Pike County Job & Family Services also came since some of the residents were their clients. Eventually after a structural engineer assessed the area, it was determined that the residents could return to the building. Dickerson said he notified both the Pike County Commissioners and the Ohio EMA as part of his normal protocol so they were aware of the situation.

“The EMA is always ready to help. Luckily, no residents were displaced,” said Dickerson.

After the structural engineer made his assessment, the businesses of Modern Farmhouse and 8-Bit Buddy had to temporarily close due to the building damage. Hair Biz, located beside 8-Bit Buddy, was reportedly not impacted.

More information about the situation will be published as it becomes available.