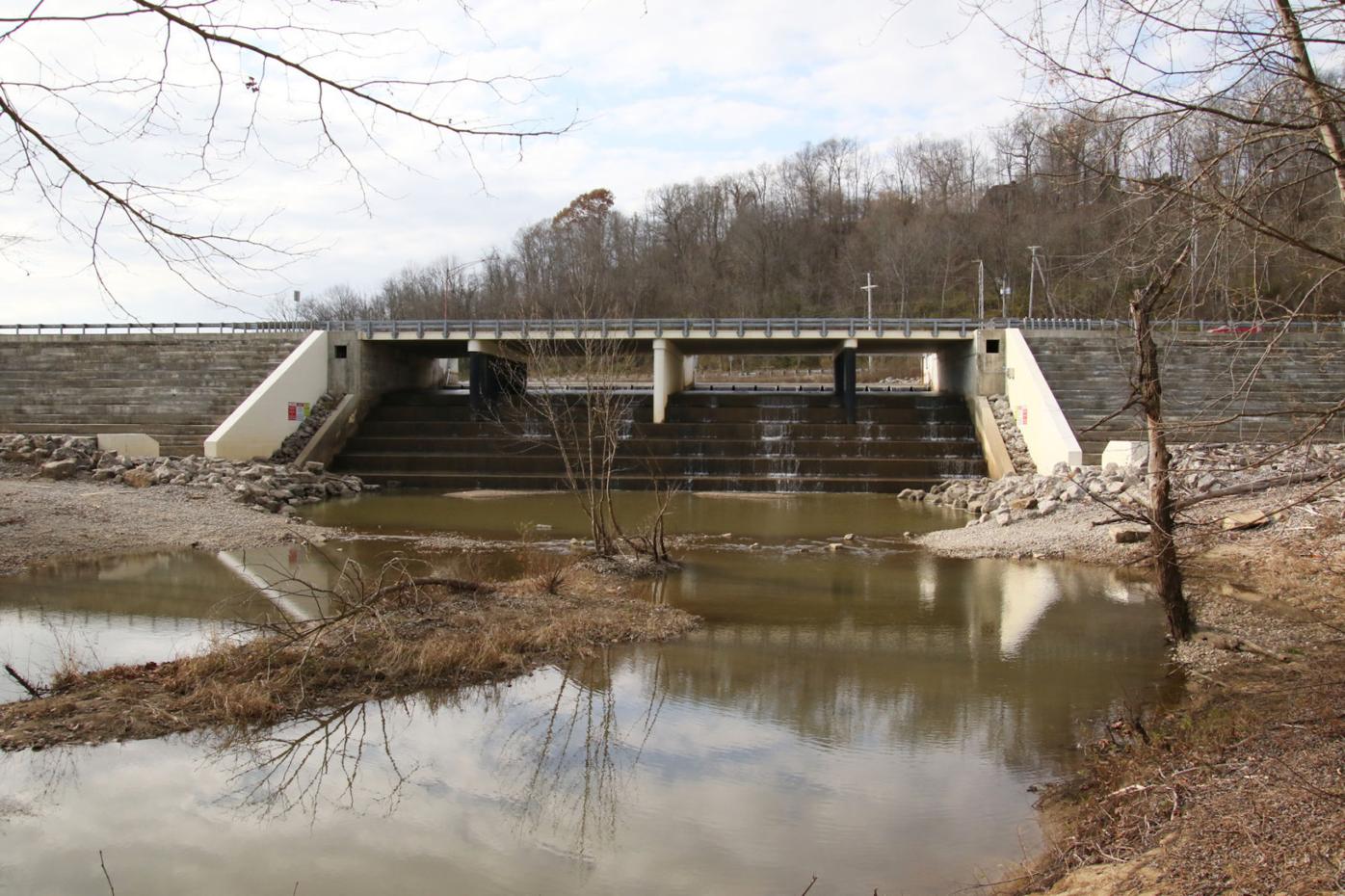 Public fishing access is available below the Lake White spillway. Since the reconstruction, the area has been made accessible for canoe and kayak use as well.

New playground equipment has been installed by the lower shelter house at the Lake White Club.

Public fishing access is available below the Lake White spillway. Since the reconstruction, the area has been made accessible for canoe and kayak use as well.

New playground equipment has been installed by the lower shelter house at the Lake White Club.

With the arrival of spring 2020, the Ohio Department of Natural Resources began work toward the installation of a new multipurpose shelter house with flush restrooms.

The two-story white building beside the boat ramp, referred to locally as the boat house, was reduced to a pile of debris and removed, making way for the new facility. That building, which also served as a ranger station, did not meet ADA (Americans with Disabilities Act) requirements for public use.

At the time, Heidi Hetzel-Evans, Communications Manager of the Ohio Department of Natural Resources, offered an explanation for the activity, saying new shelter house with flush restrooms will be built in its place for boating education, naturalist programming and general public use.

Originally, Hetzel-Evans said the ODNR hoped to have the improvements completed by the end of 2020, but that timeline for work being completed has now been pushed to spring of 2021.

Hetzel-Evans added that ODNR is currently in the process of installing the new playground equipment at Lake White. The border for the fall zone around the equipment needs to be completed, and then it will be filled with rubber mulch. She expects it to be completed soon.

Since Aug. 2014 when a routine maintenance inspection resulted in officers noticing unusual levels of seepage along the southern edge of the Lake White dam spillway, the ODNR and Ohio Department of Transportation were forced to repair and reconstruct the 4,200-foot-long earthen embankment, which was originally built in 1935. Work began in the fall of 2015.

When the construction project was complete, a new spillway had been installed. Locally, the area below the spillway was a popular fishing spot. Access has been improved to that location recently. Hetzel-Evans offered the following information.

“On the north side of the spillway on Route 104, there is a gate and gravel road access to the convergence of Pee Pee and Crooked creeks as well as the spillway of Lake White,” she said. “There is a Division of Wildlife public fishing access and folks can utilize canoes/kayaks if they want.”