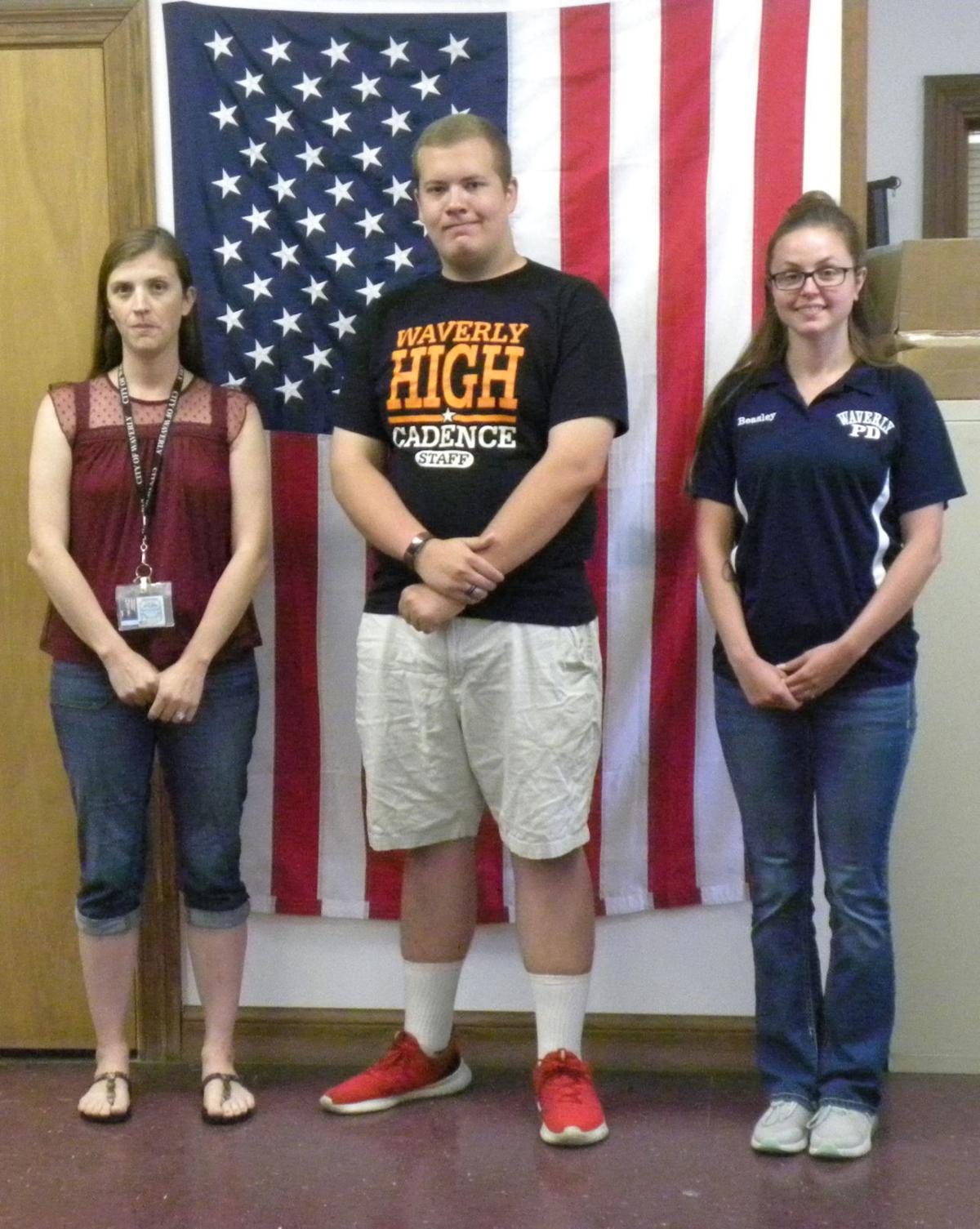 The project was designed as a way to improve the image of the police department and make the public more aware of changes and improvements the department has made, according to Waverly Police Chief Zach Dixon.

Hicks plans to obtain an associate degree in Law Enforcement Technology at the Ohio University-Chillicothe campus.

“I’ll probably just go on to get a criminal justice degree,” Hicks said.

“I challenged them to reach out to to the Waverly students to get them more involved with the police department,” said Dixon. “And as a result ... we had all of the art students submit drawings, submit different designs, and then we voted on which one we liked best. So we just wanted to recognize Mr. Hicks. He has expressed some interest in law enforcement as part of a career move, and he has been accepted into our (volunteer) auxiliary program.”

Hick’s design was chosen from work submitted by both art and graphic design students at Waverly High School, according to Beasley.

Emnett and Beasley agreed that the cleanliness, uniformity and professionalism of Hick’s design influenced their choice of Hick’s work.

The department hopes to move forward on a number of plans, according to Dixon.

“One of the (plans) is changing our uniforms, going back to a more traditional police-looking uniform and getting away from the tactical uniforms we use now,” said Dixon.

Hicks said he started designing his work by looking at vintage “logos” after hearing Dixon speak of “throwing back uniforms a little bit” at a recent auxiliary meeting.

“My grandfather was an auxiliary officer so I looked at what patches from that time period looked like back in the ‘70s, early ‘80s, and kind of matched that up with a modern design as well as a very symmetrical uniform design,” Hicks said.

According to Dixon, image is important when officers first respond to a call for help.

“They (the public) size us up as soon as they see us,” Dixon said. “They look first at the cleanliness of the car and how presentable it is, and the next thing they look at is the officer and how presentable he or she is and his or her appearance. And that says a lot about how an officer takes his or her job and how serious he or she addresses things. So if the officer gets out of the car and has a professional look, people tend to have a lot more faith in the service that they do.”

“Basically, I wanted to recognize Mr. Hicks as far as his design,” Dixon said. “And when those go on uniforms or cruisers, you’re going to be the guy who gets credit for it. And that’s a pretty honorable thing, too, knowing that you have had a hand in it ... We greatly appreciate it.”