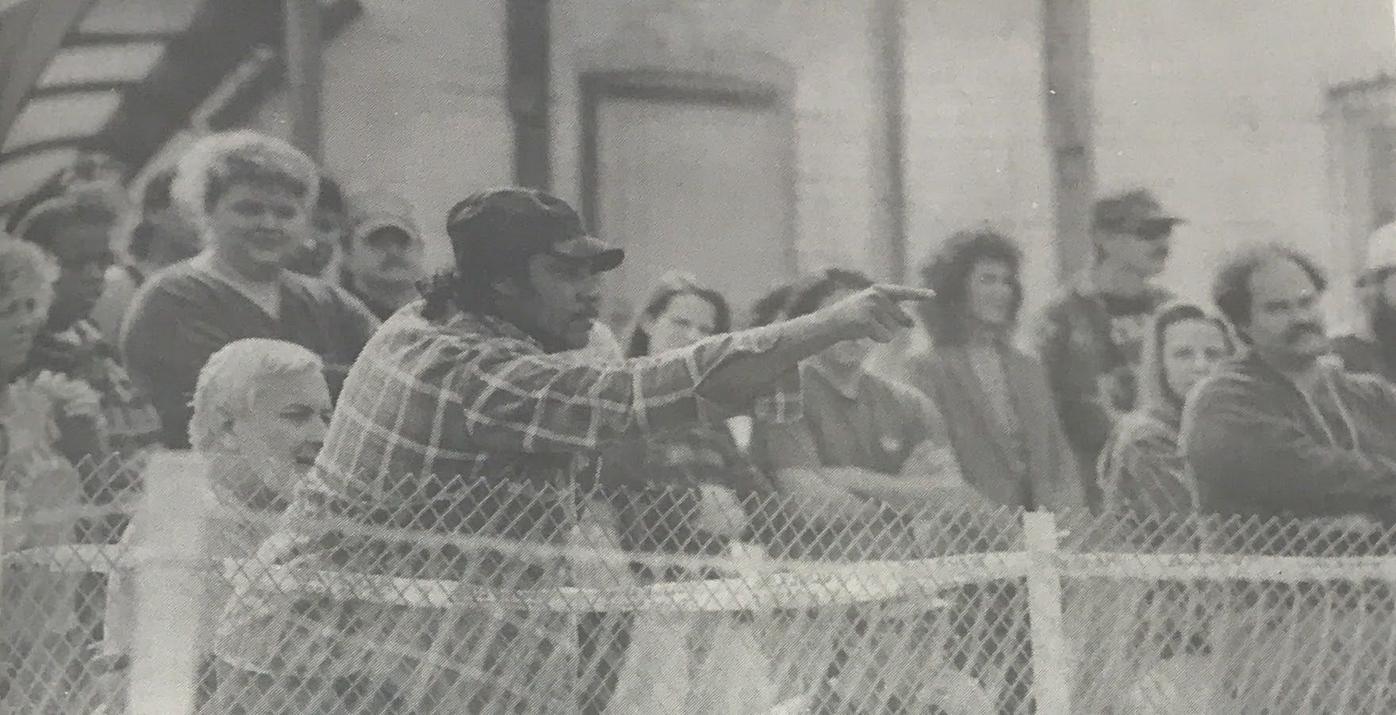 An unidentified protestor shouts at Thomas Robb, national director of the Knights of the Ku Klux Klan, outside the Pike County Courthouse on Nov. 5, 1994. 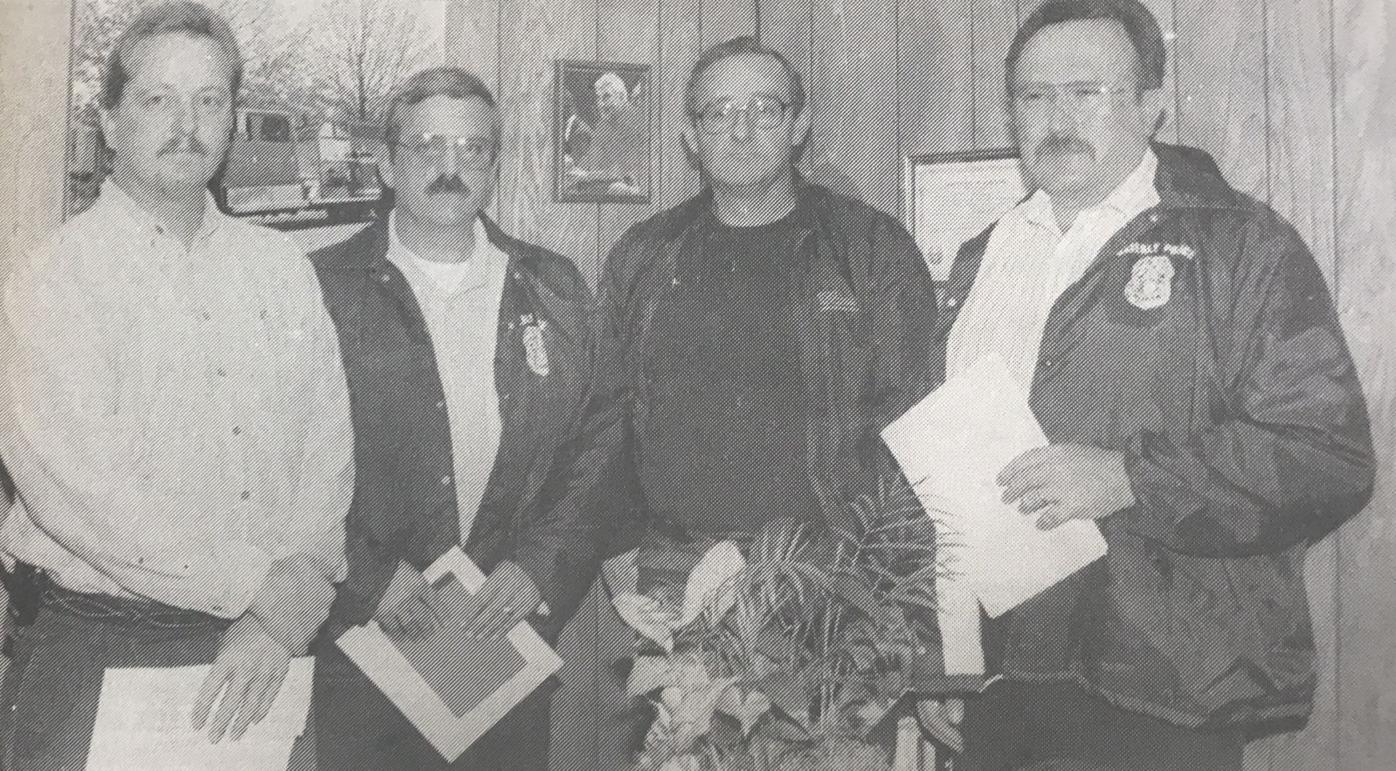 An unidentified protestor shouts at Thomas Robb, national director of the Knights of the Ku Klux Klan, outside the Pike County Courthouse on Nov. 5, 1994.

WAVERLY- Traveling organizations and individuals of all kinds have made their way to Waverly over the town’s near 200-year history.

Few have made such an impression such as the Ku Klux Klan in 1994.

Nov. 5 marked the 27th anniversary of the time the hate group touched down in Waverly, spewing its message of white supremacy to a small crowd of less than 100 behind the Pike County Courthouse.

Former Waverly Police Chief Mike Corwin served WPD for 32 years before owning Diner 23 with his wife, Sharon. The goal for his department, joined with the Pike County Sheriff’s Office and volunteers from surrounding areas, was to keep the peace and keep downtown Waverly’s quieter Saturday mornings just like that.

“It was a lot of preparation for really not a whole lot of activity, which was our goal,” he said in a Friday interview. “They’ve got a right to say what they want to say and the other people right to believe what they want to believe. We just wanted to make sure there wasn’t any violence in the middle of that.”

Corwin prepared for the KKK visit with then Pike County Sheriff Larry D. Travis after local officials received word earlier that fall of their plans.

Already that year, the Klan had made stops in southern Ohio towns like Portsmouth and Chillicothe. Travis told the News Watchman in an Oct. 13, 1994 article that he would be calling on officers who had experienced these rallies as a form of additional protection.

The incident rates at both rallies were low and, with extra security, the sheriff hoped for a similar outcome in Waverly.

“We’ll just provide the best security we can,” Travis said. “We’ll have the sufficient manpower.”

Corwin sent WPD Capitan Robert Long to assist in security efforts at area rallies to get a sense for what measures were needed.

What greeted Thomas Robb, national director of the Knights of the KKK, that Saturday morning was a scene of fences, officers from Pike, Scioto, Ross, and Pickaway Sheriff’s offices, and a crowd in opposition to his message.

The fenced off area was what Corwin called a “controlled access point,” where rally attendees were checked for weapons or anything else on their person.

Michael Cuffley, who later led the KKK’s Missouri Realm effort to adopt-a-highway outside of St. Louis, served as the event’s keynote speaker and spoke on what he called a “betrayal” against White Christian Americans.

Instead, he and Robb claimed minorities and homosexuals had been elevated at the expense of white heritage. This was said 21 years before the U.S. Supreme Court made same-sex marriage legal in all 50 states.

The voices of opposition to the KKK’s message were met with strong opposition, but perhaps no stronger than Waverly resident Shannon Sparks.

From his wheelchair, Sparks called out to Robb, whom he referred to as a “so-called preacher.”

“(Y)ou came to the wrong town this time,” Sparks said. “We love you even if you are racist.”

The minds of those in attendance that Saturday morning were not changed, Corwin said, having the same views — both for and against — the Klan as it had before visiting the courthouse parking lot.

“I don’t think it changed their outlook on things or how they feel about it on either side,” he said.

In the years since the KKK rally, hate groups have increasingly found homes across the country. According to the Southern Poverty Law Center, a racial justice advocacy organization, the number of hate groups reached a record-high of 1,020 in 2018.

There were 21 hate groups, five of which being statewide, in Ohio last year.