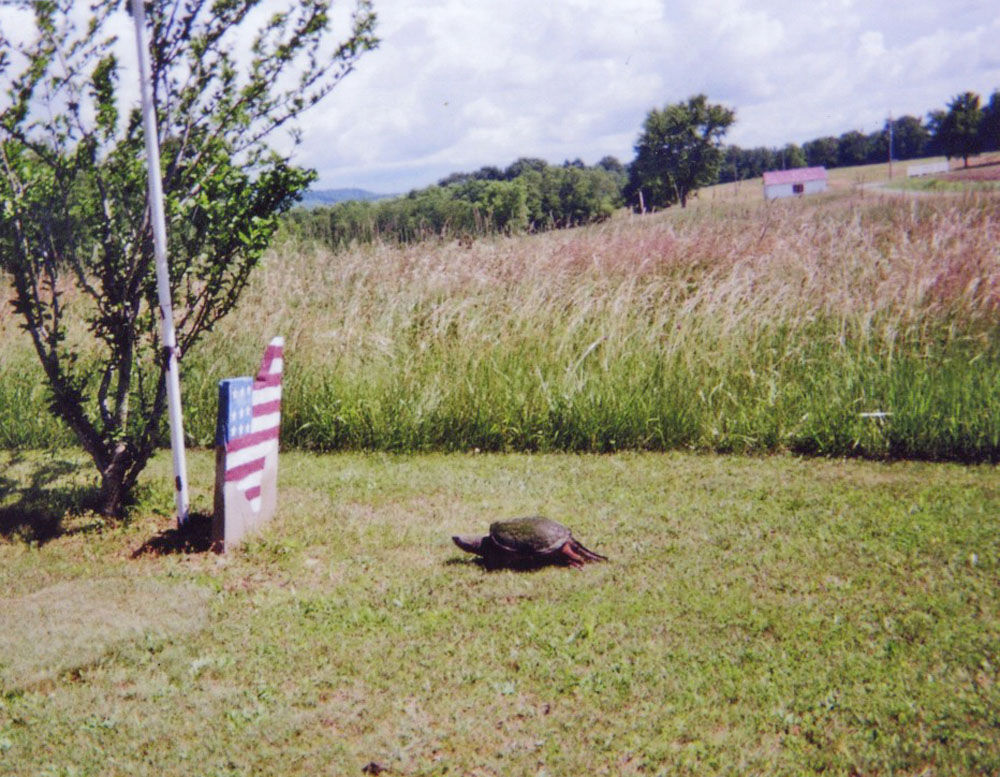 The snapping turtle is seen here during its more than two-hour walk across the Gregory yard.

Inside: Virginia Gregory said she didn’t get very close to this turtle on her property. She kept her distance as she snapped some photos of it. 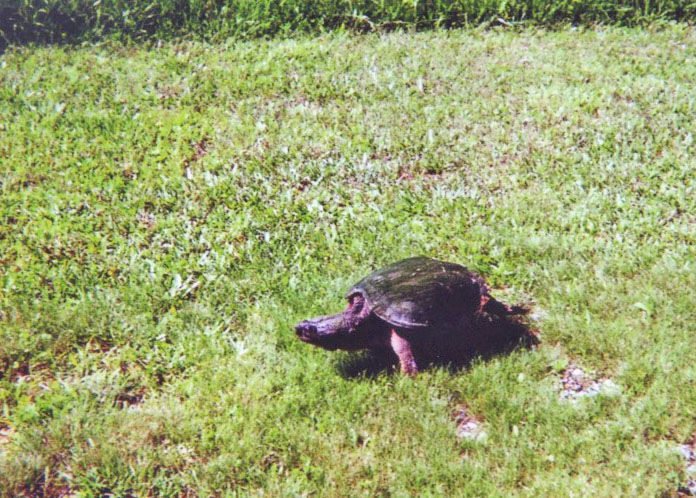 For the last five years, this snapping turtle has crossed the Gregory property on Ladd Ridge on Camp Creek Road. 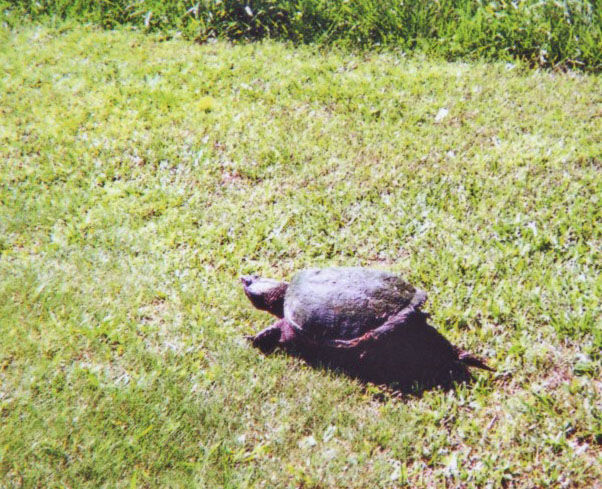 Virginia Gregory said she didn’t get very close to this turtle on her property. She kept her distance as she snapped some photos of it.

The snapping turtle is seen here during its more than two-hour walk across the Gregory yard.

Inside: Virginia Gregory said she didn’t get very close to this turtle on her property. She kept her distance as she snapped some photos of it.

For the last five years, this snapping turtle has crossed the Gregory property on Ladd Ridge on Camp Creek Road.

Virginia Gregory said she didn’t get very close to this turtle on her property. She kept her distance as she snapped some photos of it.

Inevitably, some of those encounters will be observed by residents. In this case, the observed creature is a large snapping turtle.

This story, written by Virginia Gregory of Camp Creek Road on Ladd Ridge, reads, “This turtle has a routine life. Every year for the last five years he has crossed two 20-acre fields and come right across my yard, and he follows the same path every year. That is where I took his picture. He is going from one pond to another.

“But what is so strange about it, he comes through about the same time every year, which is the last weekend of May. I watch for him every year. I have no idea when he goes back. Maybe he has a time clock.”

“We have a pond on our property, but he goes from my neighbor’s pond to my next neighbor’s pond right next to me. It is always around Memorial Day weekend. This year he was a couple of weeks late. But they were farming the fields, and he might have laid over somewhere waiting,” said Gregory.

“It takes him two hours to get across my yard, but he stops so much. I can’t figure out when he goes back (to the other point). He has to go back (to the original point) so he can come back (across her yard) the next year.”

According to the Ohio Division of Wildlife’s Reptiles of Ohio Field Guide, snapping turtles have been documented in many counties of the state. Specifically, they have been documented in Pike County from 1976 to present. The guide includes 11 different turtle species that can be found in Ohio. The snapping turtle is considered common by the state of Ohio and can be legally harvested as a game species, as they are listed by the guide as the best meat for turtle soup. (Turtle season is July 1 through Dec. 31.)

The snapping turtle is described by the guide as Ohio’s largest turtle. It may weigh more than 35 pounds and have a carapace (hard upper shell) of more than 14 inches long. They have a long tail and proportionally huge head. The jaws are powerful and can do a great deal of damage to fingers. The guide explains that if they are moved, they should always be carried by the base of the tail, with the plaston (lower shell) toward your body and well away from your legs.

The field guide describes the habitat of the snapping turtle as permanent bodies of water, as well as ephemeral wetlands and ditches. They seldom bask in the sun, except early in the spring, which means they aren’t always seen as often as other turtles. From May through June, females may be seen crossing roads in search of sites to lay their eggs.

No further information about the snapping turtle is shared by the Reptiles of Ohio Field Guide, but information by internet search found on the Connecticut Department of Energy and Environmental Protection explains that a female snapping turtle has one clutch of eggs, which is laid in May or June. With powerful hind legs, the female digs a shallow bowl-shaped nest in a well-drained, sunny location. Over a period of several hours, she lays approximately 20 to 40 creamy white, ping-pong ball-sized eggs. After covering the eggs, the female returns to the water, leaving the eggs and hatchlings to fend for themselves. Many nests are annually destroyed by predators.

What the turtle that crosses the Gregory land does will likely remain a mystery, although Gregory jokingly said she would have to ask the turtle the next time she sees it. More than likely, if the pattern continues like it has been, that will be next May when the turtle crosses her yard again.