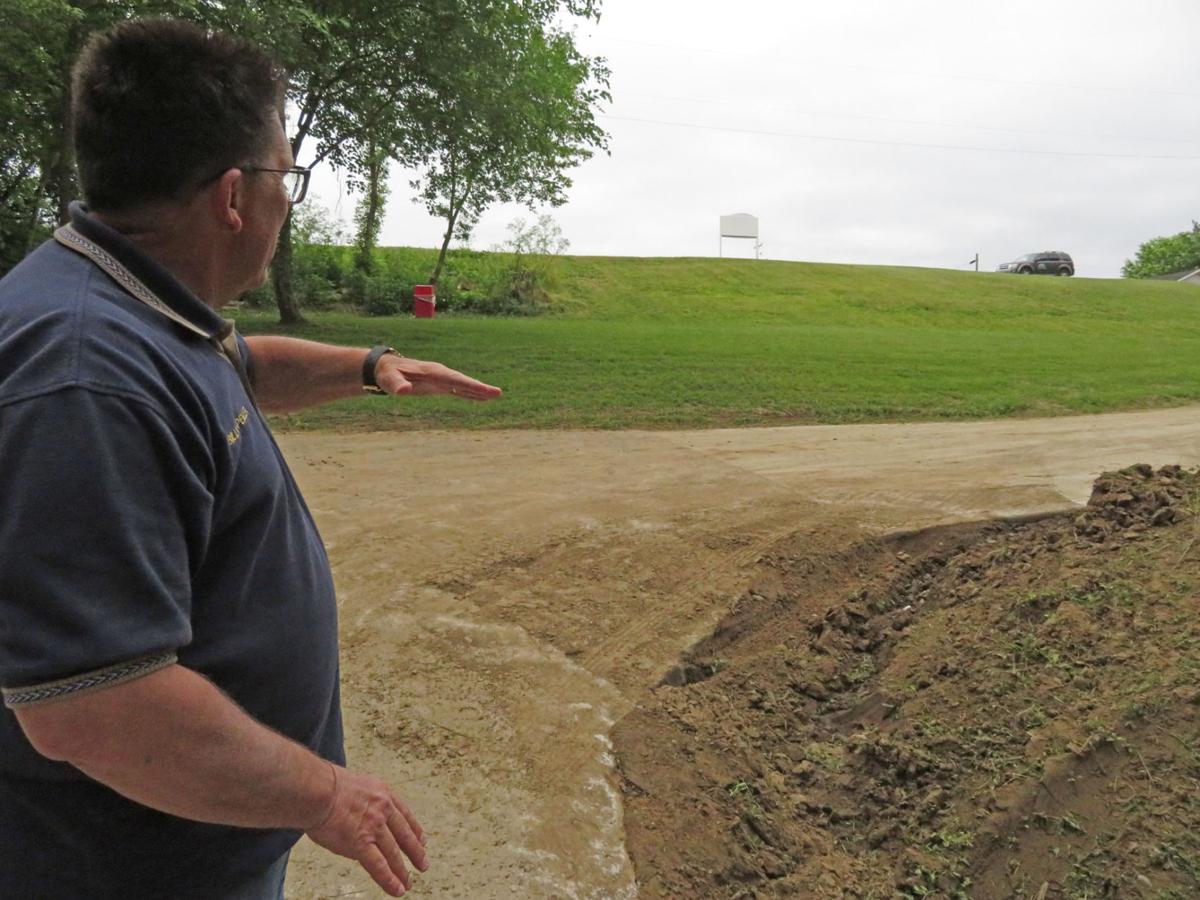 Standing near the Scioto River on the boat ramp, Piketon Mayor Billy Spencer talks about future plans for the area, including stair-step seating on the hillside and a park on the land beyond the hillside. 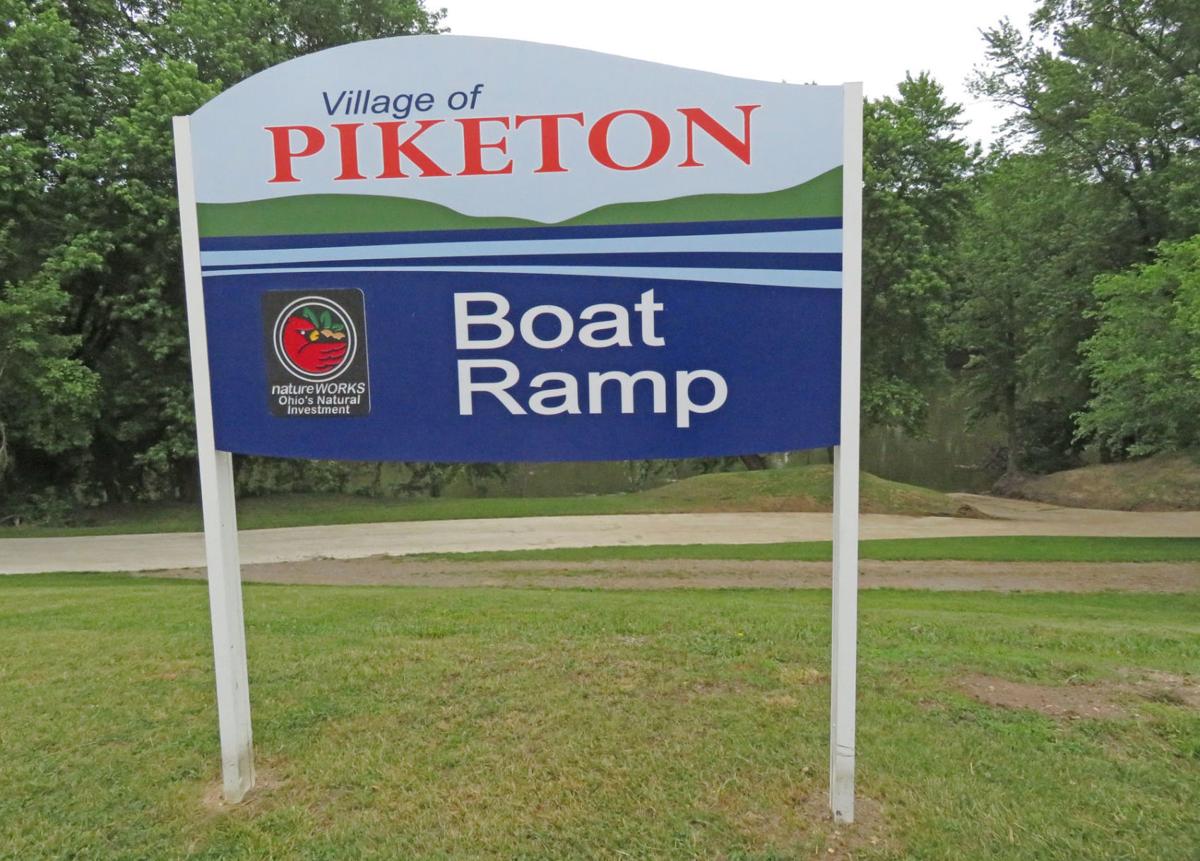 The sign for the Piketon boat ramp is located at the top of a hillside leading down to the Scioto River below. 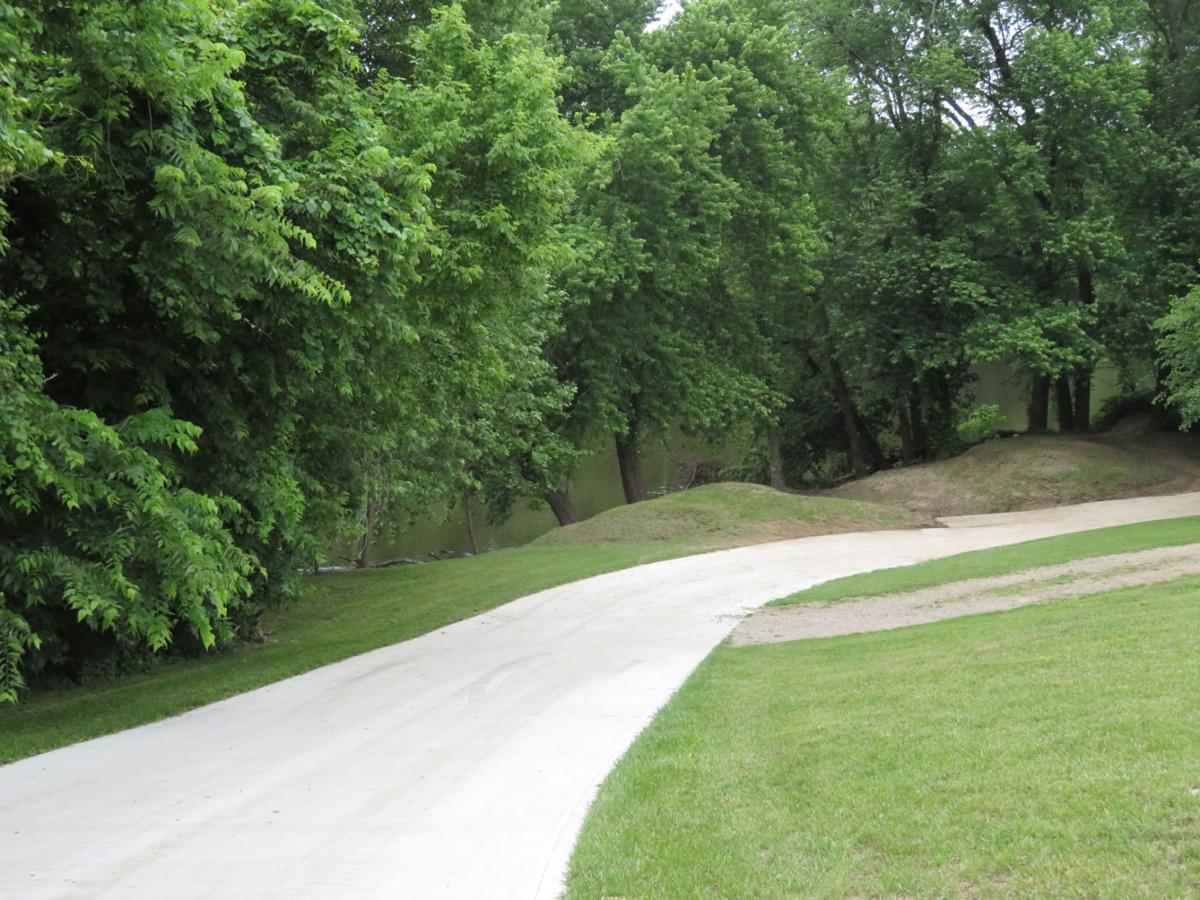 Recent improvements to the Scioto River public access area in Piketon include a new concrete drive with a turnaround and a sign indicating the location of the boat ramp (not shown in this photo). 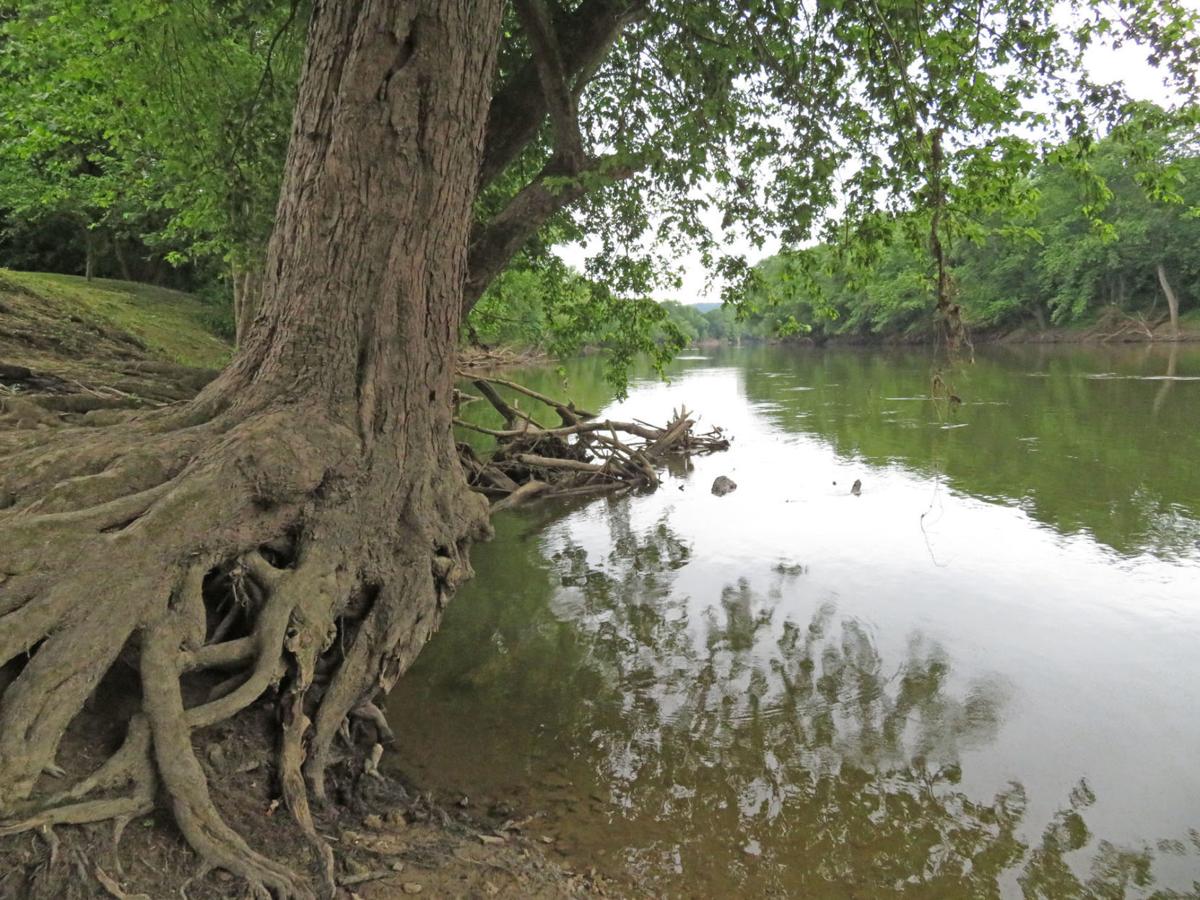 The edge of the boat ramp offers a wide view of the Scioto River as it flows through Piketon.

Standing near the Scioto River on the boat ramp, Piketon Mayor Billy Spencer talks about future plans for the area, including stair-step seating on the hillside and a park on the land beyond the hillside.

The sign for the Piketon boat ramp is located at the top of a hillside leading down to the Scioto River below.

Recent improvements to the Scioto River public access area in Piketon include a new concrete drive with a turnaround and a sign indicating the location of the boat ramp (not shown in this photo).

The edge of the boat ramp offers a wide view of the Scioto River as it flows through Piketon.

At normal water levels, the Scioto River provides scenic views and recreation opportunities as it meanders its way through Pike County.

But public access points to the river haven’t always been readily available. Thanks in part to a NatureWorks grant from the Ohio Department of Natural Resources and active planning by the village of Piketon, public access is just a few blocks away from U.S. 23 off of Main Street.

The grant money was announced in a Dec. 2018 press release from ODNR, which detailed more than $4.4 million in project funding through the NatureWorks grant program that focuses on improving outdoor recreational opportunities for Ohioans statewide.

In Pike County, the village of Piketon was awarded the installation of a boat and kayak launch system and access improvements in the amount of $22,864, according to the ODNR news release.

According to Piketon Mayor Billy Spencer, there has been a river access point there for a number of years, but the road down the hillside was gravel with only a small section of concrete leading to the river and no sign indicating public access.

Now there is a sign and a concrete drive leading all the way down, which ties in with the existing concrete section, allowing boats to get into the water. There is also room for a vehicle to turn around and parking is available above the ramp in a gravel lot that belongs to the village of Piketon, located between the Piketon Motel and Vanguard Ministries.

There is also a large grass-covered lot beside the parking area, which also belongs to the village of Piketon. Spencer said the plan is to eventually turn that lot into a riverfront park.

Since the boat ramp has been upgraded, Spencer said there has been an uptick in usage.

“You wouldn’t believe how many people we have coming here now to put in their boats, kayaks and canoes,” said Spencer. “I’ve seen folks sitting down here fishing or just sitting and enjoying the river. It is really cool.”

Just last weekend, Spencer saw a group of 12 canoers come to Piketon for a paddle, heading downstream before eventually returning.

“We have an opportunity here,” said Spencer. “The river doesn’t always have to be a negative. About 95 percent of the time, it is a positive. You know the Scioto River is very volatile. Of course the boat ramp gets under water, but we clean it up after the water recedes. That will always be a work in progress. Sometimes it will be under water, but what we have planned for the lot in front of the boat ramp (the future park) won’t be underwater.”

Spencer said they will be doing upgrades to the area in phases.

“This is just one improvement. We wanted to improve the access to it first,” he said of the boat ramp and parking area. “We’ve had some engineering work done on the park. We would like to have seating on the hillside with steps that will be wide enough to sit on.”

Spencer hopes that individuals will come and sit on the steps to enjoy the river and could also see it being used as an amphitheater where bands could perform beside the river. He anticipates that phase starting in 2021.

Additionally, Spencer said they hope to put a boardwalk or possibly a concrete walkway from the boat ramp to the Riverside Restaurant, located on the corner of U.S. 23 and Main Street. Currently, there is an old trail closer to the river, but Spencer said it is often flooded when the river is high. The new boardwalk/walkway will be above the floodplain.

“On the old plats of Piketon, there is what is called Water Street that ran through here,” said Spencer. “I don’t think it was ever used. Before zoning, the village never enforced anything, so people built on it.”

Spencer sees the future park as a community gathering place. We want to be a park and an entertainment place where bands could come play on the weekends and provide free entertainment for those in attendance. The future park location was where the “Wings and Strings Street Festival” was supposed to be held in May, but it was postponed due to coronavirus concerns. Spencer hopes they can have the event in the fall. “Wings and Strings” is a joint venture between the village of Piketon and the SamJam Bluegrass Festival, which is scheduled for Sept. 2 though 6, 2020, at the Pike County Fairgrounds.

“This park project doesn’t have anything to do with necessary infrastructure,” said Spencer. “But sometimes our job as mayor or council members for Piketon, or anywhere, is improving the quality of life for folks. This gives people a place to enjoy and something to do.”

Spencer said the village has a number of improvement plans in the works. In the near future, he said they will also be upgrading or building a new sewer plant that will soften the water before it goes out to residents.

The Piketon Community Improvement Corporation, a recently formed non-profit business, is also working on several projects. More details will be released as they become available.