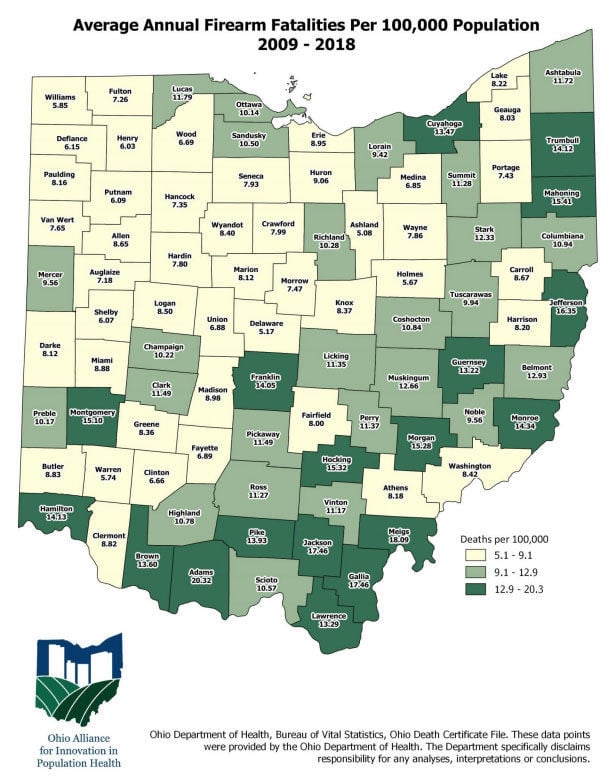 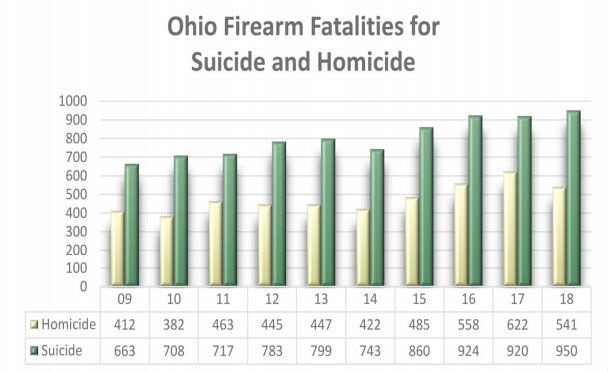 In light of the recent tragic events in El Paso, Texas, and Dayton, Ohio, the Ohio Alliance for Innovation in Population Health (The Alliance) has released research showing nearly 500,000 years of life were lost in Ohio due to gun violence from 2009-2018. While this research is in no way exclusive to mass shootings, Rick Hodges, director of The Alliance, hopes this research will contribute to the national conversation currently taking place.

The study reviewed data from the Ohio Department of Health from 2009-2017 and included preliminary data from 2018 to calculate 484,122 years of life lost (YLL) as a result of 13,001 deaths from firearms during the timespan.

According to Orman Hall, executive in residence at Ohio University’s College of Health Sciences and Professions (CHSP) and the study’s author, the highest percentage of firearm-related YLL was for Ohioans between the ages of 20-24 (34 percent) and Ohio’s senior citizen population accounted for the highest rate of increase at 80 percent. Suicide accounted for more than half of the total years of life lost, followed by homicide and accidental death.

“The Alliance continues to produce reports that show the real-world impact of some of our most significant public health issues. The continued increase in firearm fatalities in Ohio and the number of years of life lost is certainly a public health issue,” said CHSP Dean Randy Leite. “These are hundreds of thousands of years we’ll never get back, years of lost parenthood, lost employment productivity, lost civic leadership, lost care for elderly relatives and so much more.”

Cuyahoga County had the highest total number of YLL over the study, followed closely by Franklin County and Hamilton County.

The 10 highest counties for total number of YLL were as follows:

The 10 highest counties for average annual YLL rate per 100,000 population ranked as follows:

The southeast region of the state as a whole had the most counties with high rates of firearm fatalities per 100,000 population. Leite said the College of Health Sciences and Professions will convene an ad hoc group to continue to study firearm fatalities in the area.