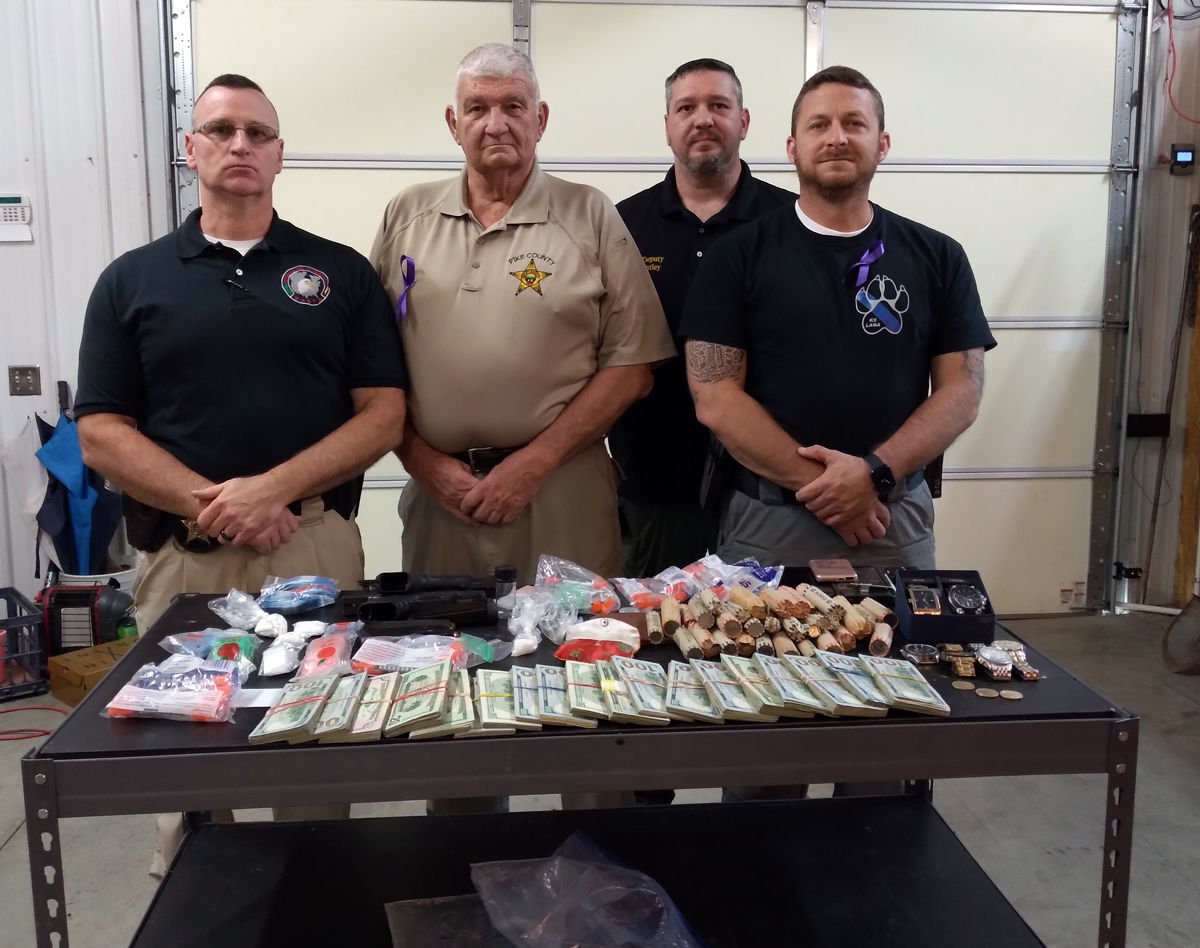 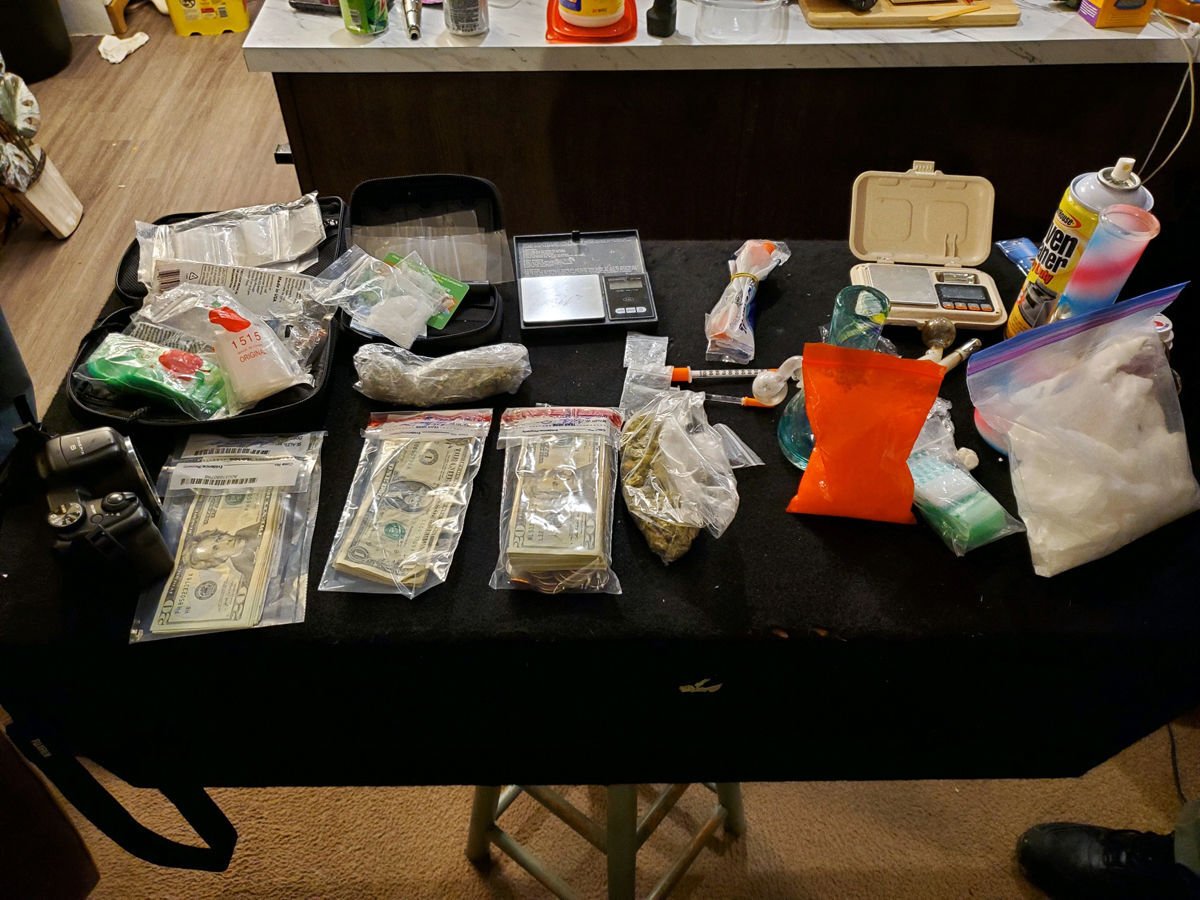 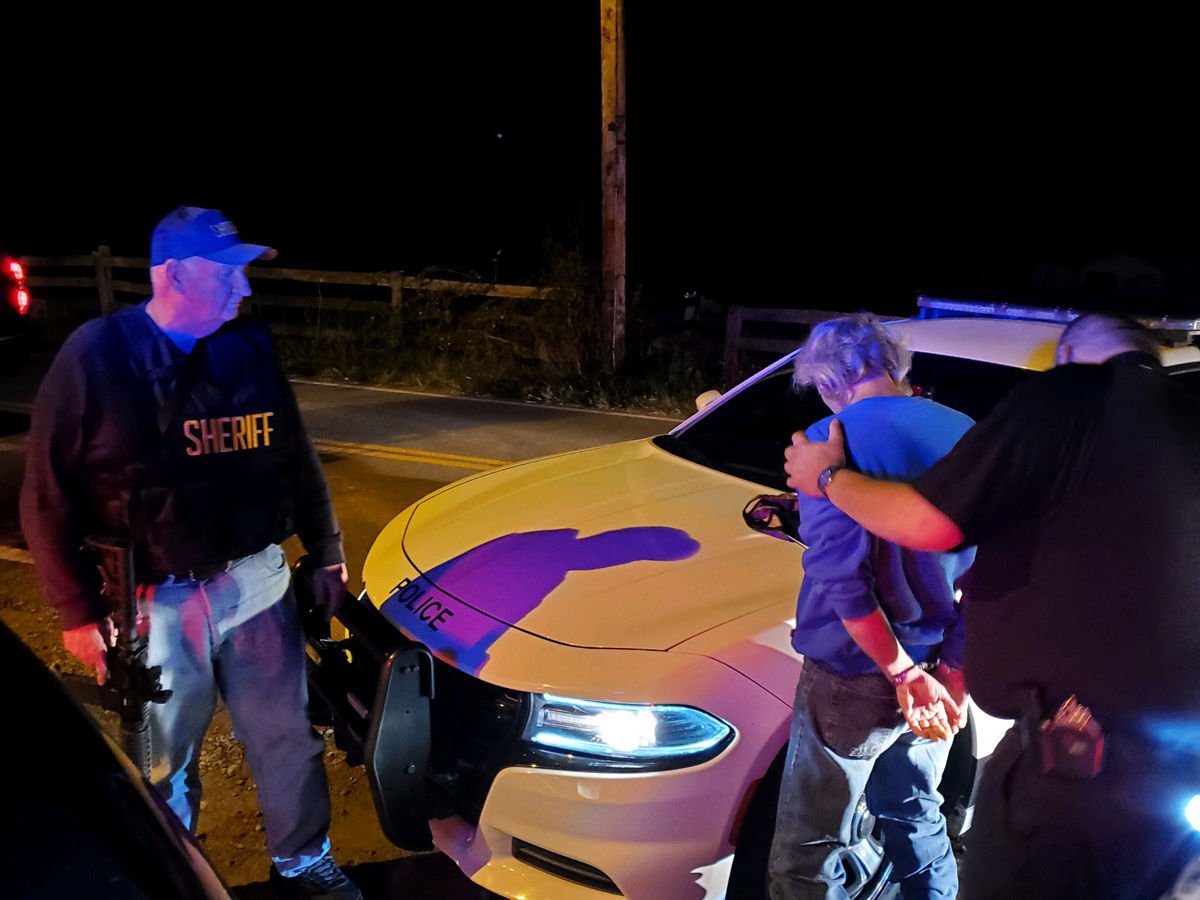 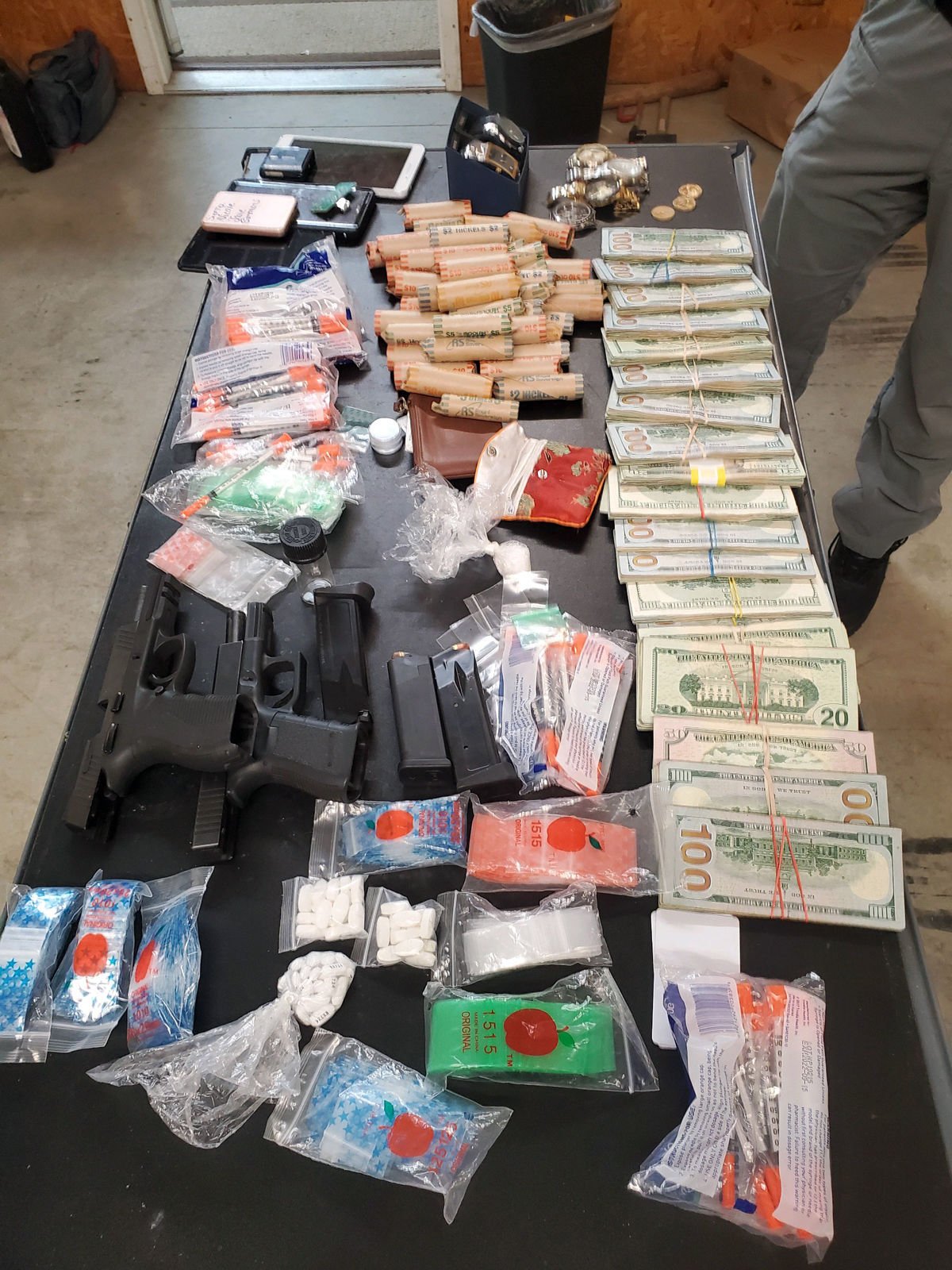 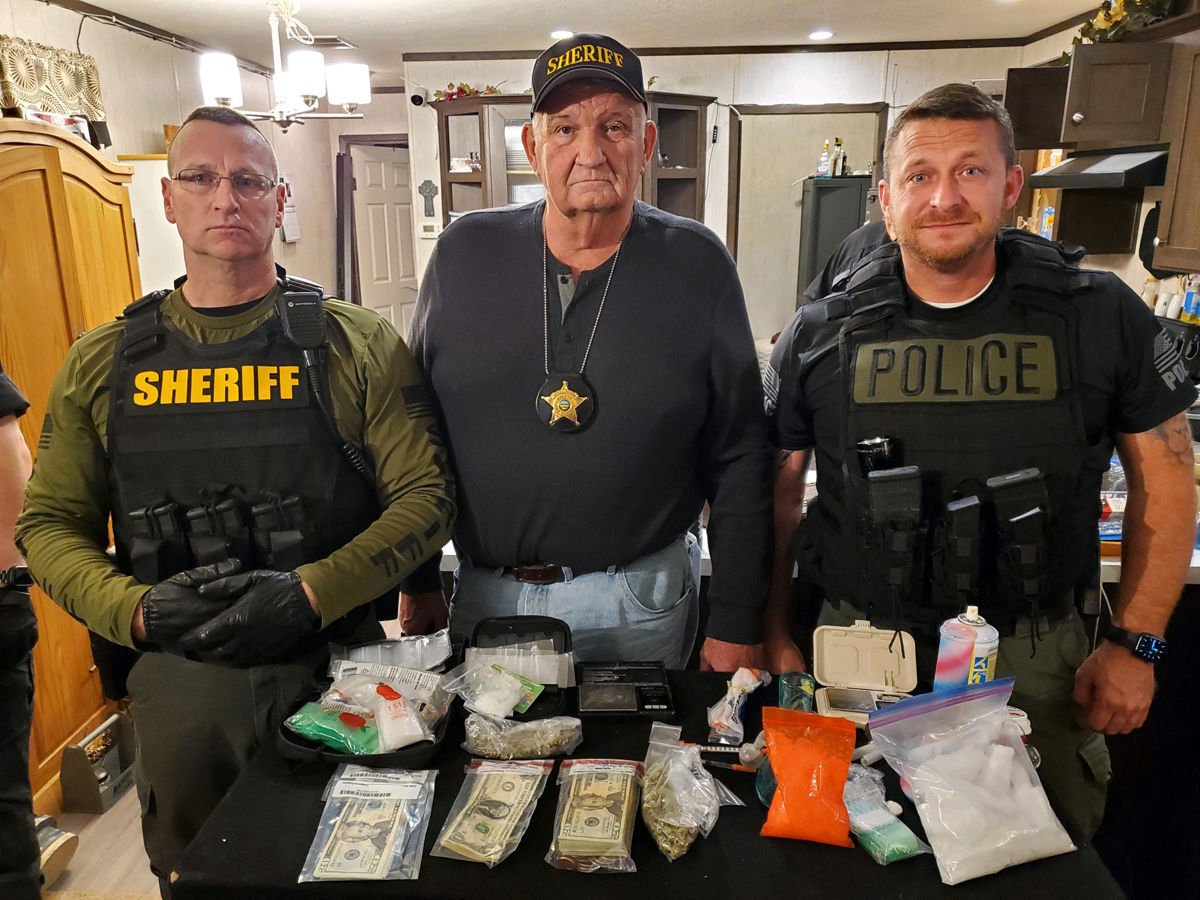 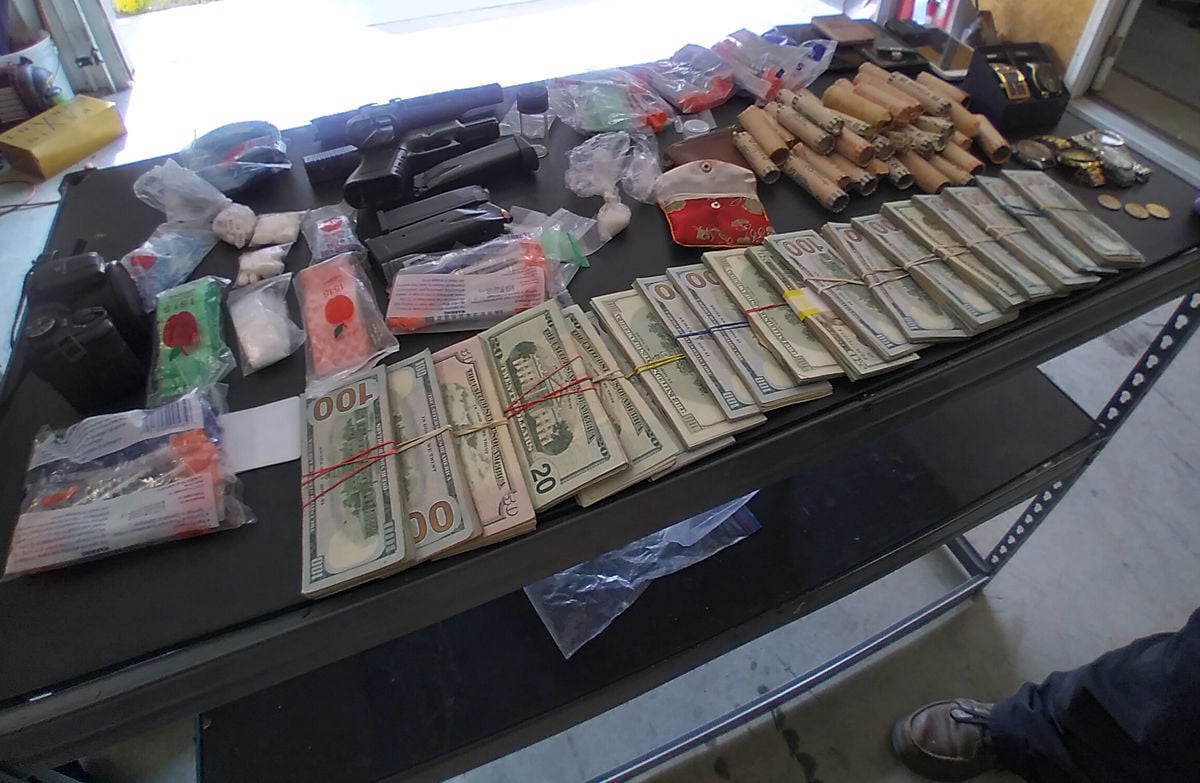 The Pike County Sheriff’s Office along with officers of the Piketon Police Department conducted a large drug bust on Tuesday night on Germany Road, resulting in the confiscation of large amounts of drugs and the arrests of several individuals.

Pike County Sheriff James E. Nelson indicated that it was one of the largest busts in Pike County that he can remember.

Nelson reported that at 10:24 p.m. on Tuesday, he, along with deputies of the Pike County Sheriff’s Office and officers of the Piketon Police Department, executed a narcotics search warrant at a residence on Germany Road, where four people were taken into custody and charged with aggravated possession of drugs.

According to Nelson, the charge is a first-degree felony due to the large amount confiscated.

The following individuals were taken into custody:

“Suspects arrested on scene were transported to the Pike County Sheriff’s Office while the task force conducted their search of the home and property,” Nelson stated. “Multiple items were seized from the home and property, including out buildings and vehicles, which consisted of what is believed to be a large amount of drugs, along with cash, firearms, bank cards and four safes.”

Nelson stated that the task force conducted a search of three vehicles on the property which were used in the trafficking of drugs and discovered a large amount of drugs that were packaged for distribution. All three vehicles were seized and towed to the Pike County Sheriff’s Office impound lot, he reported.

On Thursday, the sheriff’s office, with the help of the Waverly Fire Department, opened the four safes confiscated during the search, including two safes taken from the residence and two from an outbuilding.

“Inside the safes included miscellaneous items, a large amount of cash and coins, two hand guns, one of which was stolen, drugs, drug instruments, and items used in trafficking drugs,” Nelson stated.

The seizure of 469+ grams (just over one pound) of what is believed to be “Ice” methamphetamine, an unknown amount of what is believed to be black tar heroin, crack, marijuana, and an undetermined amount of miscellaneous pills, including pseudoephedrine, which is used in the manufacturing of methamphetamine, and $22,092.48 in cash and coin, makes this one of the largest drug seizures in Pike County, according to the sheriff’s office.

“I think that’s more important than the money is getting the drugs off the streets before she sells it,” he said.

Nelson expressed his appreciation for the help of the Piketon Police Department.

“They’ve been great in working with us, and we’ve reinstituted the Pike County Drug Task Force that used to be there ... We’ve done a lot of search warrants and more to come; we’re not through.”

Evidence will be sent out for analysis to determine an accurate weight and positive drug identification, according to Nelson, and he stated that suspects arrested on scene are being held on various charges.