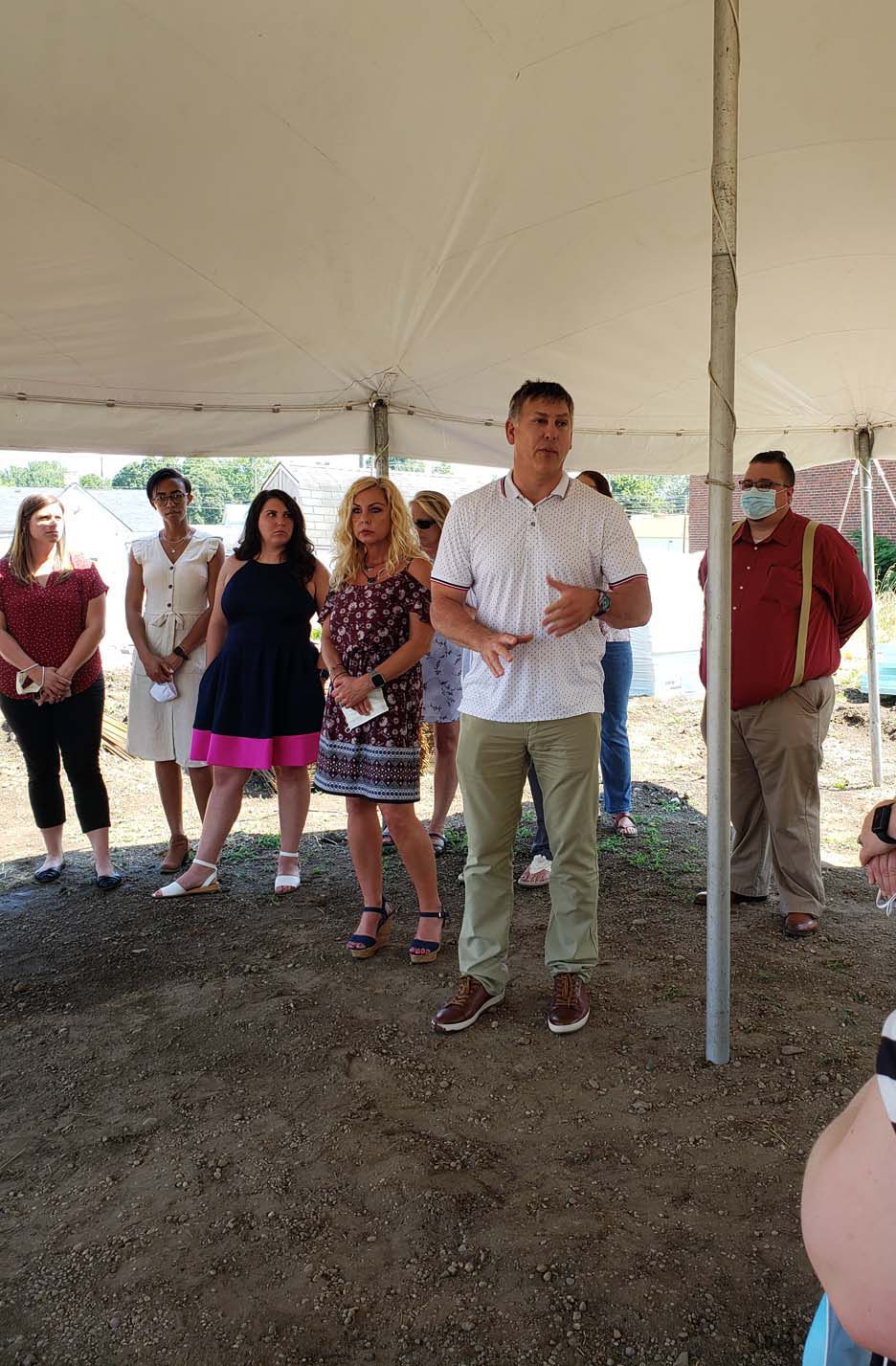 Dave Rastoka, president of Advancing Abilities, speaks at a ground-breaking ceremony for new facilities at The Square At Piketon on Wednesday. 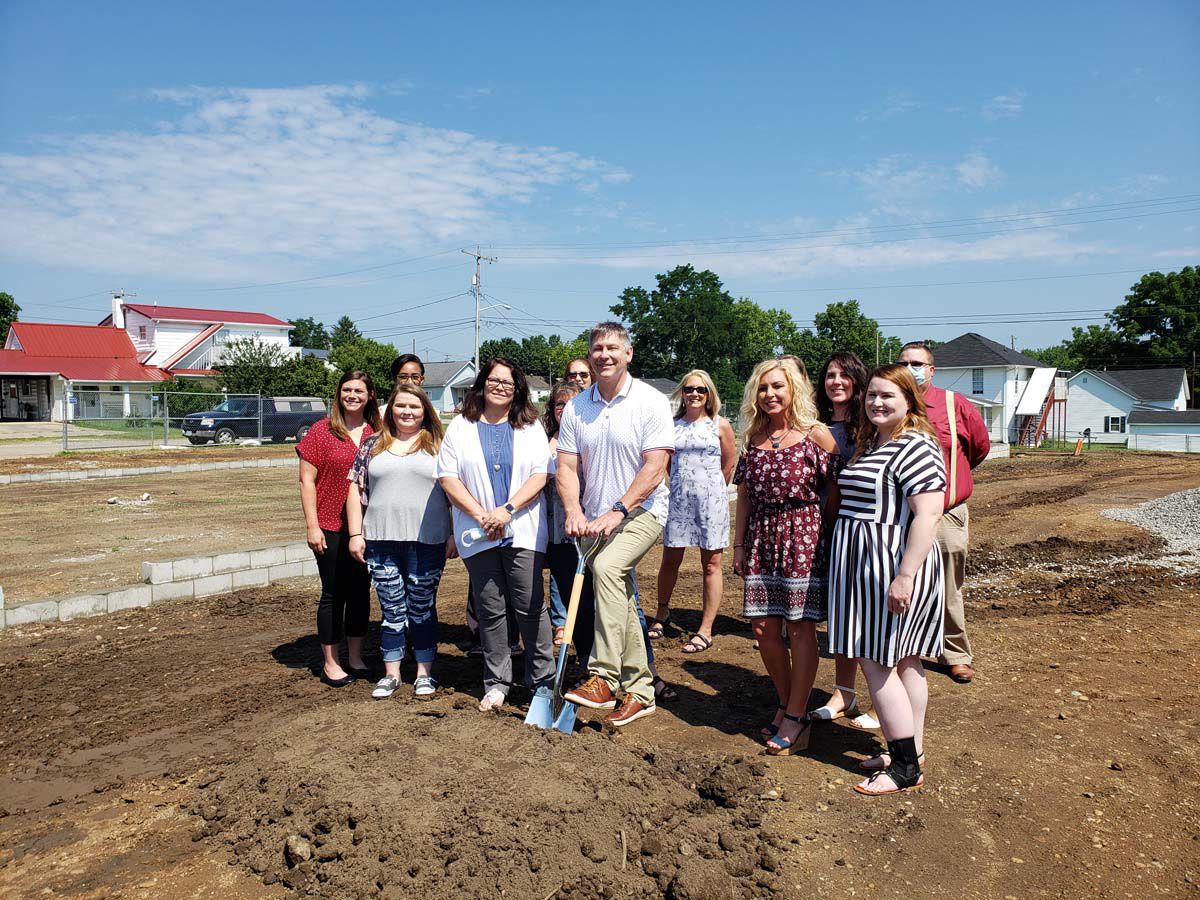 Members of his staff surround Dave Rastoka (with shovel), president of Advancing Abilities, at a ground-breaking ceremony for new facilities in Piketon on Wednesday. 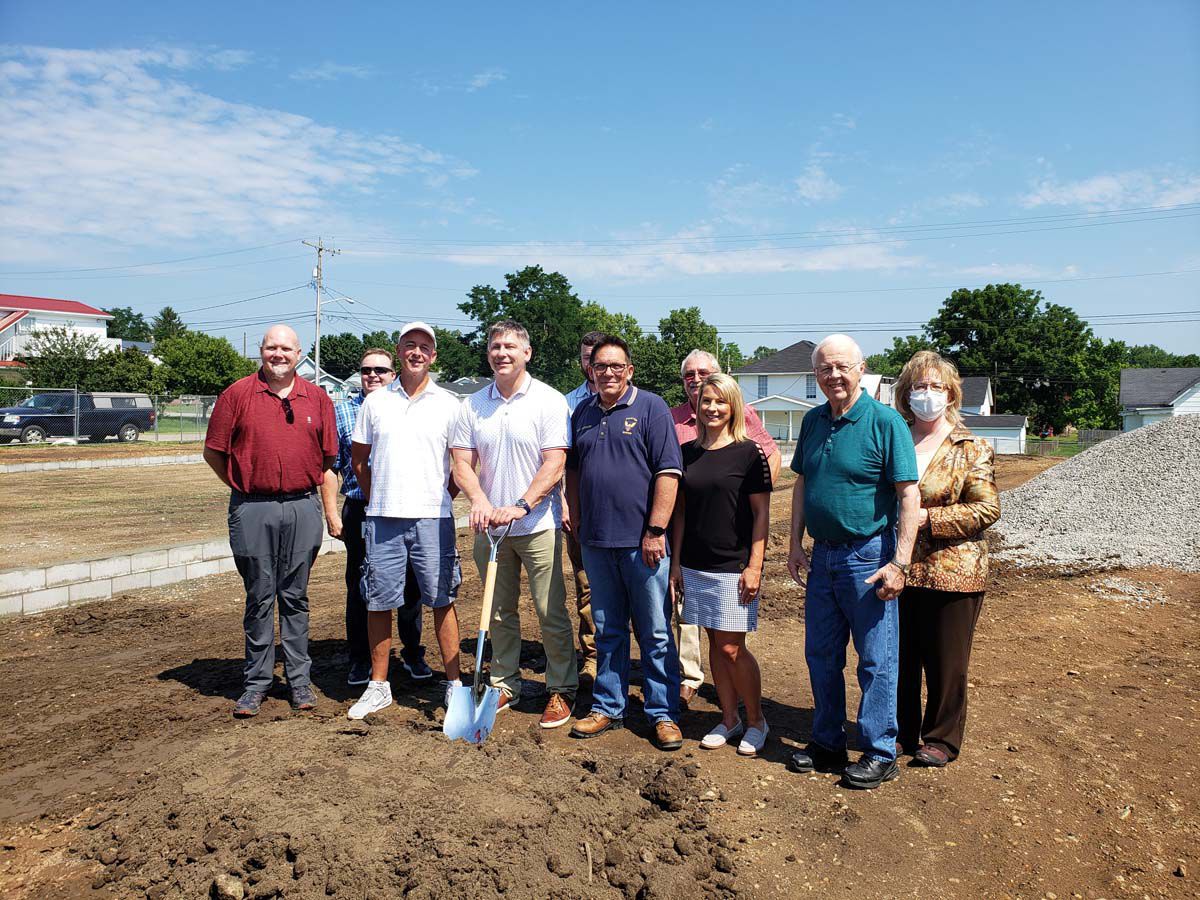 Dave Rastoka, president of Advancing Abilities, speaks at a ground-breaking ceremony for new facilities at The Square At Piketon on Wednesday.

Members of his staff surround Dave Rastoka (with shovel), president of Advancing Abilities, at a ground-breaking ceremony for new facilities in Piketon on Wednesday.

A new addition is under construction at The Square At Piketon that is hoped will help a local company improve its services to disabled individuals in the area.

A ground-breaking ceremony was held on July 8 for a new facility for Advancing Abilities-Scioto Trails.

Steve Moore, lead investor for The Square At Piketon, welcomed Scioto Trails to the community, and he acknowledged partners, including the Village of Piketon, land bank representatives, and the Scioto Valley Local School District.

“There are certainly a lot of community members who have been part of helping make the Square possible as we continue to move forward with developing it,” Moore said.

Dave Rastoka, president of Advancing Abilities and Scioto Trails, expressed his appreciation to Moore and his team.

“I want to say thank you to Steve and his entire team,” he said. “Like he (Moore) said, it’s a process, and it’s a team effort, and they just knocked it out of the park. They’re awesome to work with.”

Rastoka said that he and his team appreciate the community supporting them and what they do.

“We serve about 110 individuals with disabilities in Chillicothe, Ross County, and Pike County, and it’s a group effort, and we love what we do,” he said. “We have a lot of passion for what we do. This is actually just going to raise the level of our services, and it’s going to give our folks a state-of-the-art facility.”

Rastoka, who also serves as president of Embracing Autism in Franklin County, founded Advancing Abilities in 2011. He said they provide four, eight-bed homes in Pike County and four, eight-bed homes in Ross County, which are ICF’s (Intermediate Care Facilities). He explained that Scioto Trails is Advancing Abilities’ waiver program that allows higher-functioning individuals who want to live more independently to waive their rights to ICF facilities.

Rastoka indicated that Scioto Trails includes housing such as five-bed homes, four-bed homes, some single-bed homes, and apartments. He said that some include 24/7 support and some less hours of support. He said that support means helping the residents with their daily living skills, which includes tasks such as shopping, cooking meals, etc.

“It’s everything that they do that you and I take for granted. That’s what we do. We try to help them,” he said, explaining that some individuals are higher functioning than others.

“Our goal is to try to make them as independent as possible,” he said.

Scioto Trails also operates a day/vocational program. This program is currently located on Good Manor Road in a campus consisting of older facilities.

“We’ve had this vision of moving that program in the community, and our whole philosophy and the state’s philosophy over the last 10 years is to integrate, to get our folks out of these large campuses and get them integrated into the community living,” Rastoka said. “So this is an unbelievable opportunity for us.”

He said that activities in the facility will include arts and crafts, exercise, growing plants, etc. He indicated that his staff is going to try to make the day program the best program in the state of Ohio.

“We know the facility is going to be one of the tops,” he added.

He also mentioned that the vocational aspect will help individuals who are high functioning and are looking for jobs to gain employment.

The goal is to have the new Scioto Trails facility completed around February 2021.

The Square at Piketon includes the old Piketon Elementary School, currently under renovation, as well as development of the property around the old school. When addressing the Pike County Chamber of Commerce Annual Banquet in January, Steve Moore explained that the project is trying to create a multi-purpose facility that has office space and retail space and then develops the whole square to support community services, incubation, and entrepreneurship.

That dream is well on the way to becoming a reality as the News Watchman learned in a recent interview with Moore, who spoke with us about the overall vision for the site and the progress made thus far. Check out a future edition of the News Watchman for more from that interview.