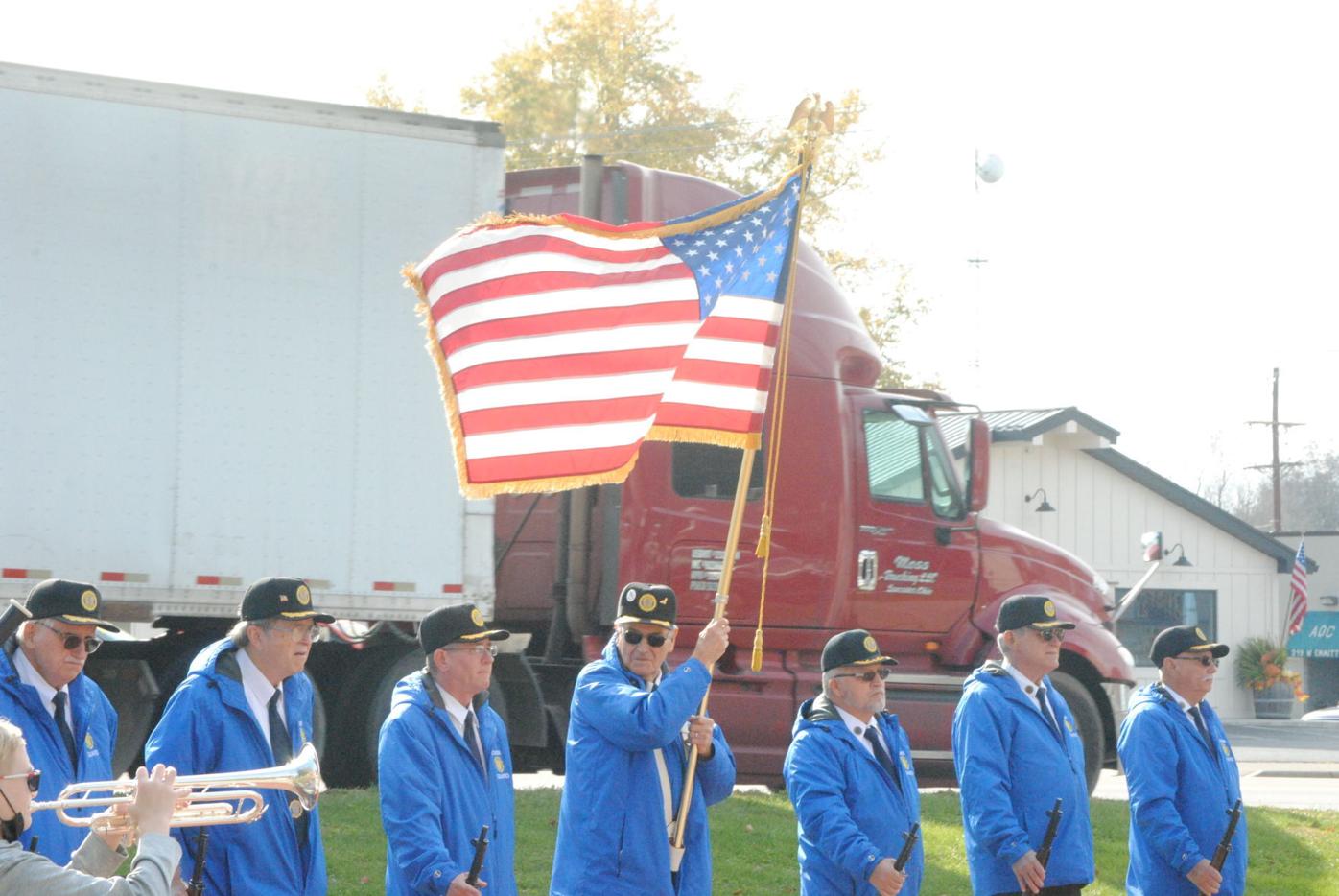 Members of the American Legion Post 142 of Waverly were in attendance for the Veterans Day Ceremony at Canal Park. 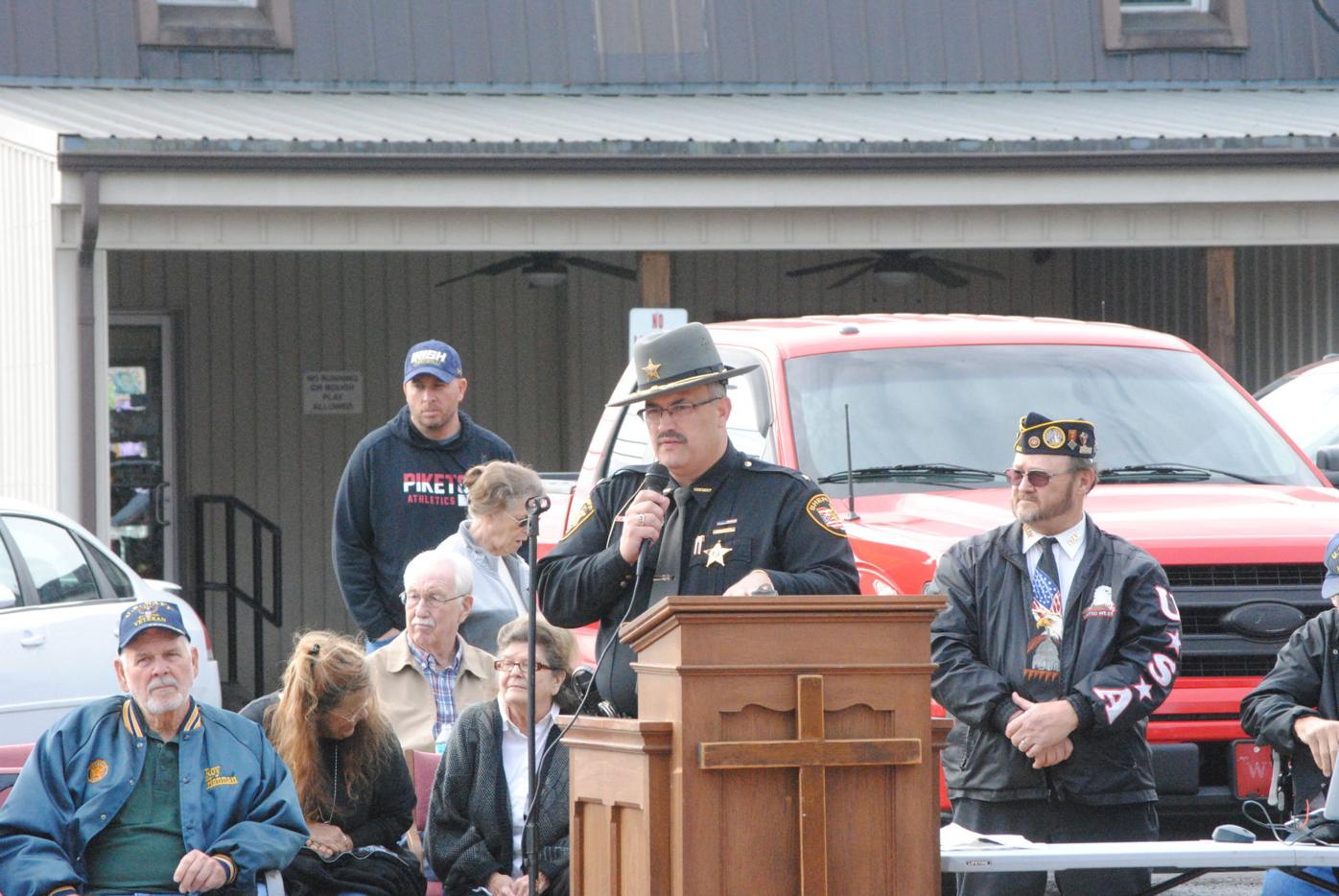 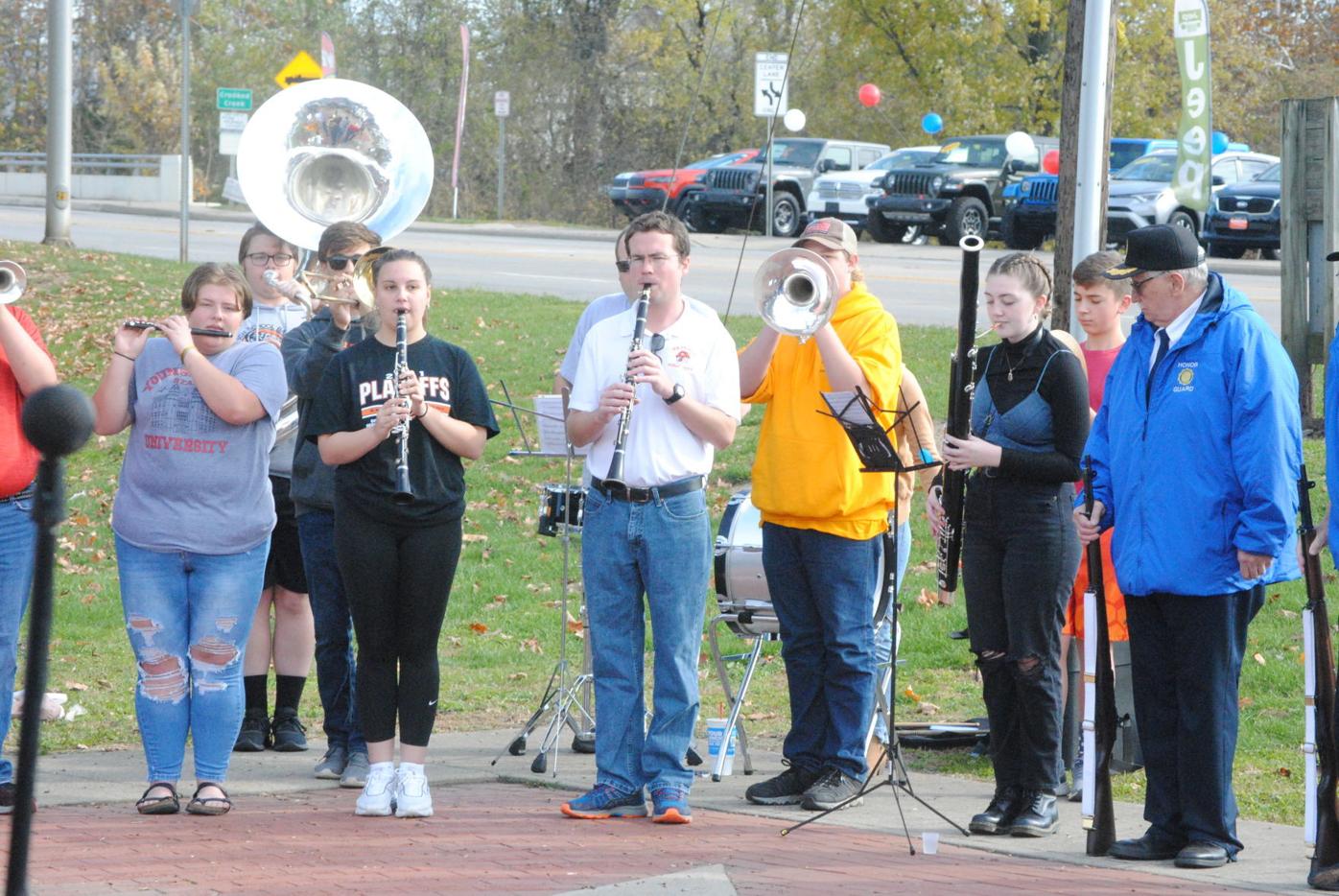 Waverly High School band members partook in the commemoration by playing the National Anthem and Taps among other tunes. 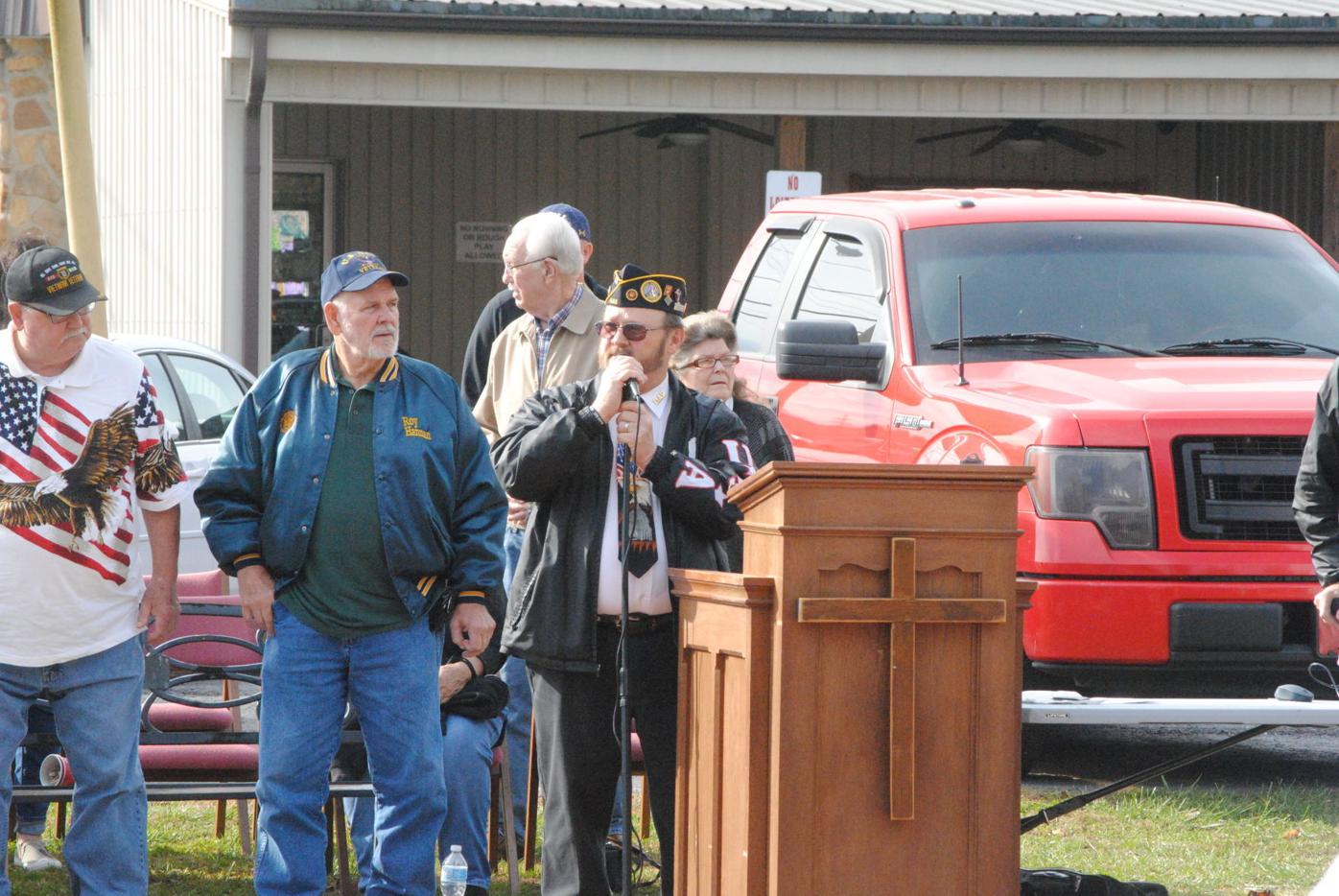 Chaplain John G. Reedy served as the master of ceremonies during the Veterans Day event on Thursday.

Members of the American Legion Post 142 of Waverly were in attendance for the Veterans Day Ceremony at Canal Park.

Waverly High School band members partook in the commemoration by playing the National Anthem and Taps among other tunes.

Chaplain John G. Reedy served as the master of ceremonies during the Veterans Day event on Thursday.

WAVERLY- On the 11th hour of the 11th day of the 11th month, community members gathered at Canal Park in honor of Veterans Day.

Led by Chaplain and Commander of the Pike County Junior Deputy program John G. Reedy, a crowd of approximately 50 met at the park to pay tribute to the veterans’ service and sacrifice.

“This program is very, very important for not only our community and friends and family to come and honor all of those who fought in the wars of the past,” he said, Thursday’s ceremony marking the 103rd anniversary of the armistice which ended World War I. “It’s also important for our youth.”

Among the participants were the deputy program, who distributed mini-American flags to all attendees, and the Waverly High School band. The band played a selection of patriotic tunes and closed out the event by playing taps.

“It’s important for our youth to get involved in patriotic things, so that they too can carry on the heritage of honoring our veterans,” added Reedy.

Sheriff Tracy D. Evans also delivered remarks in recognition of what he and his daughter call “superheroes.”

Freedom often comes at a cost, which is why Evans said honoring that sacrifice is all the more important.

“It should never be taken for granted,” he said, later sharing an acronym of freedom of what Evans believes all should strive to live by. “It is the ultimate cost of debts paid by all servicemen and all servicewomen. And the cost of freedom is life, which is the greatest cost of all.”

In addition to being home of the Veterans Day ceremony, Canal Park features bricks inscribed with the names of Pike County veterans and a plaque dedicated to those that served in the American Revolutionary War.

The sense of unity on Veterans Day is a feeling that needs to be extended to the other 364 days on the calendar, Reedy believes.

“It’s time this nation comes together,” he said. “There’s been too much bickering, too much fighting. If we let our guard down, there’s always an adversary waiting to take our freedoms away.”