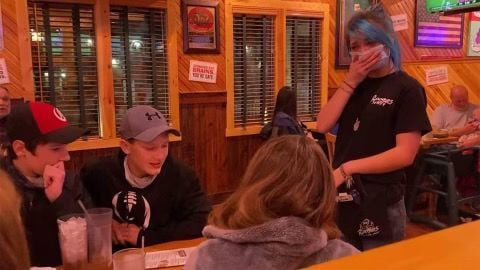 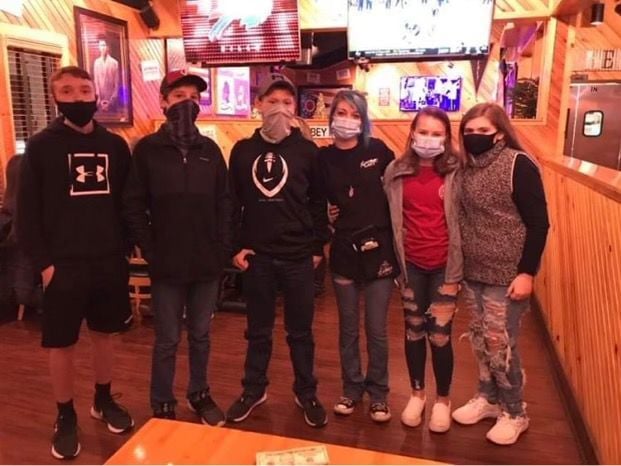 One of the most heavily affected industries by the COVID-19 pandemic has been the restaurant industry. With many restaurants still not yet back to full capacity, there’s no doubt many who work in the industry have faced many struggles as of late.

Tracy Collins is a Language Arts teacher at Western High School. She also leads a group called the “TRIBE”, which is a class that features students from a mix of grade levels. The group focuses on life values such as responsibility, loyalty, generosity, etc.

Collins also happens to be a waitress at Roosters in Waverly in her spare time, a job where she is able to interact with other waiters and waitresses who have faced the everyday ups and downs of being a server. Collins says that she would often speak with the students in her “TRIBE” class about the ladies she worked with and the students were very interested in helping. “I got to know the other servers and heard about their struggles and I shared stories with the kids. They loved the idea of finding a way to help out.”

The students began thinking of ideas to help and they came up with a plan, “They decided to start a fundraiser to donate to the servers at Roosters. The original goal was to raise around $500. The kids bought all of the supplies and started selling hot cocoa and candy canes,” Collins said.

Not only did the class meet their goal, they exceeded it, and raised over $700. Collins says that after they completed the fundraiser, one of her regular customers at the restaurant decided to add to the fund and donated $300. After this donation, the group had come up with over $1,000 to give to a server.

The next step was to decide who the massive donation would be given to. At first, Collins planned on having each server write up a short description of their life story so that the students could read them all and choose one. Instead, she decided to share everything she knew about all of the servers so the students could get a good idea about who each of them were. Ultimately the students chose a waitress who had been through a lot of difficulties recently and was working on saving up for a new car.

The students headed to Roosters and were excited to share the gift with this lady. Collins says that she wanted to test this waitress before the students gave her the tip, “I told the kids to test her a little bit and ask for a lot of refills. We found out later that she had already had a rough day and on the way back from one of her trips to get refills she accidentally spilled some of the drinks. She went to the back and started to cry because she just wanted to go home. The managers in the back encouraged her to come back out and when she did the kids laid out all the money. She started crying and it was the sweetest thing ever.”

The managers of the restaurant also showed kindness to the students in return and decided to pay the entire bill for the students’ meal. Those managers include: Shaleah Prater, Kennedy Elkins, and Brookelie Staley.

According to Collins, the gesture means even more because of the area many of her students are from, “We live in a low income area and kids often aren’t able to give a lot, but these kids chose to give what they can. Some of them don’t have much to give but they are willing to give what they have to help others.”

She also mentioned the importance of gestures like these for those working in the restaurant industry at this time, “With everything that’s going on and many restaurants still not at full capacity, it means a lot to be able to help these people and it goes a long way.”

It is often amazing what can be possible when we choose to give. As is the case with this story, generosity often brings results that are far greater than imagined.