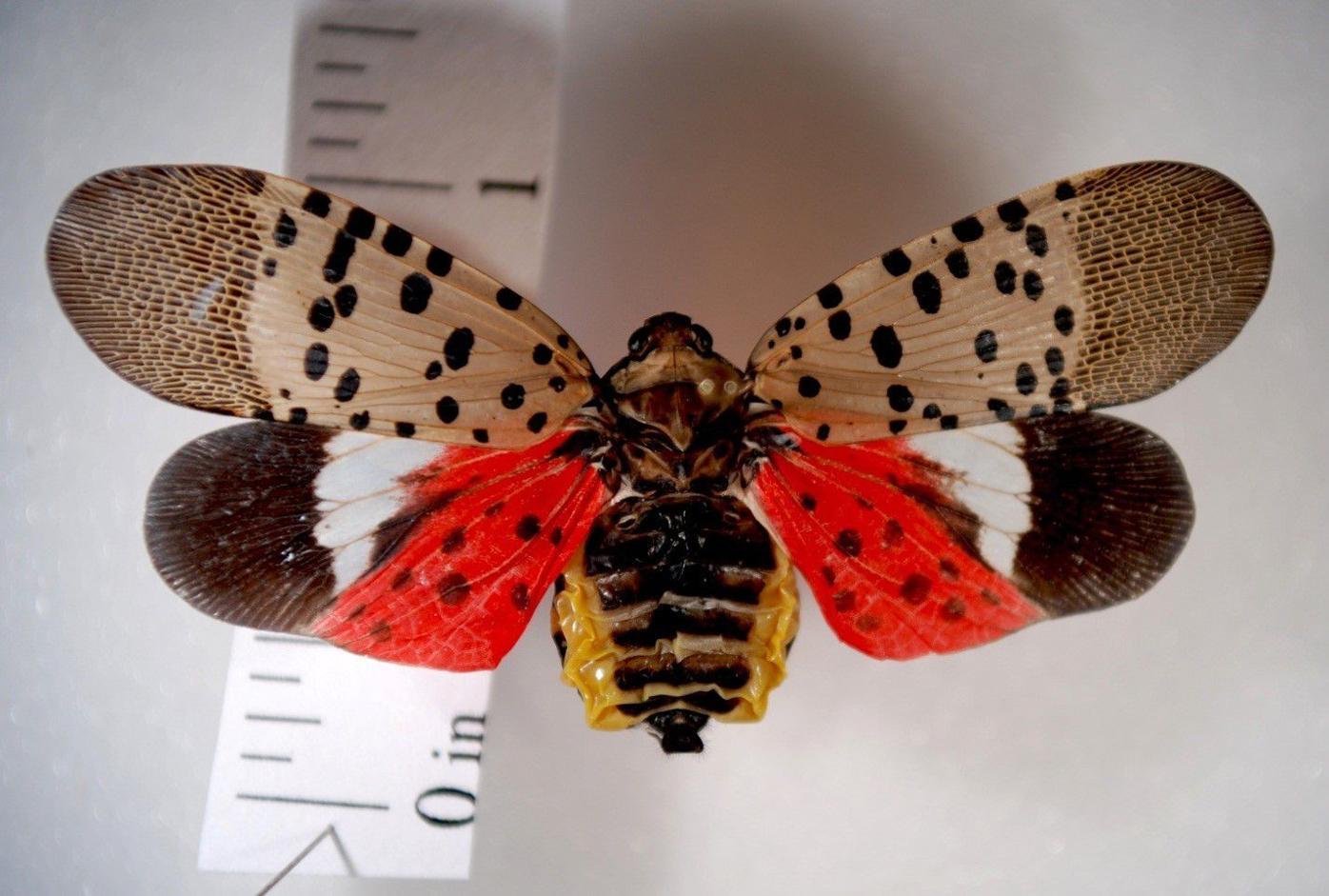 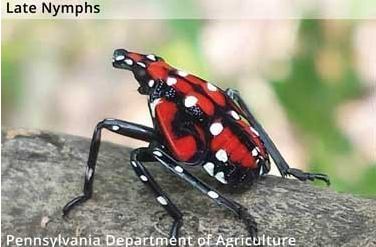 REYNOLDSBURG, OH (July 20, 2020) – The Ohio Department of Agriculture (ODA) needs your help in keeping an eye out for the late nymphsspotted lanternfly (SLF), an invasive insect that can cause significant damage to some plants and crops. The insect has not yet been confirmed in Ohio but has been spotted in Pennsylvania.

SLF is a great concern to the grape and wine industry. The insect is fond of grape and fruit trees, hops, blueberry, oak, pine, poplar, and walnut. Adult SLF mainly feed on grapevines and tree of heaven, while nymphs feed on a wide range of hosts. Both adults and nymphs feed on stems and leaves, causing sap bleeding and reduced photosynthesis, which can eventually kill the plant.

Now through November is the best time to spot the SLF because it is in its most recognizable stages as adult slf a nymph and a moth. After hatching in the late spring, the SLF goes through four nymph stages. By midsummer, the nymph SLF can be identified by its red body, roughly a half-inch in size, with black stripes and white dots. During the late summer until roughly November, the SLF is in the adult moth stage. These adults are larger, roughly one inch in size, with black bodies and brightly colored wings.

ODA has partnered with the Ohio Department of Natural Resources, Ohio State University and the Ohio Grape Industries Committee to find the SLF in Ohio as soon as possible. The four organizations are working together to do ground and aerial searches, trappings and outreach.

For more information about the spotted lanternfly and what you can do to help, please visit our https://agri.ohio.gov/wps/portal/gov/oda/divisions/plant-health/invasive-pests/slf .