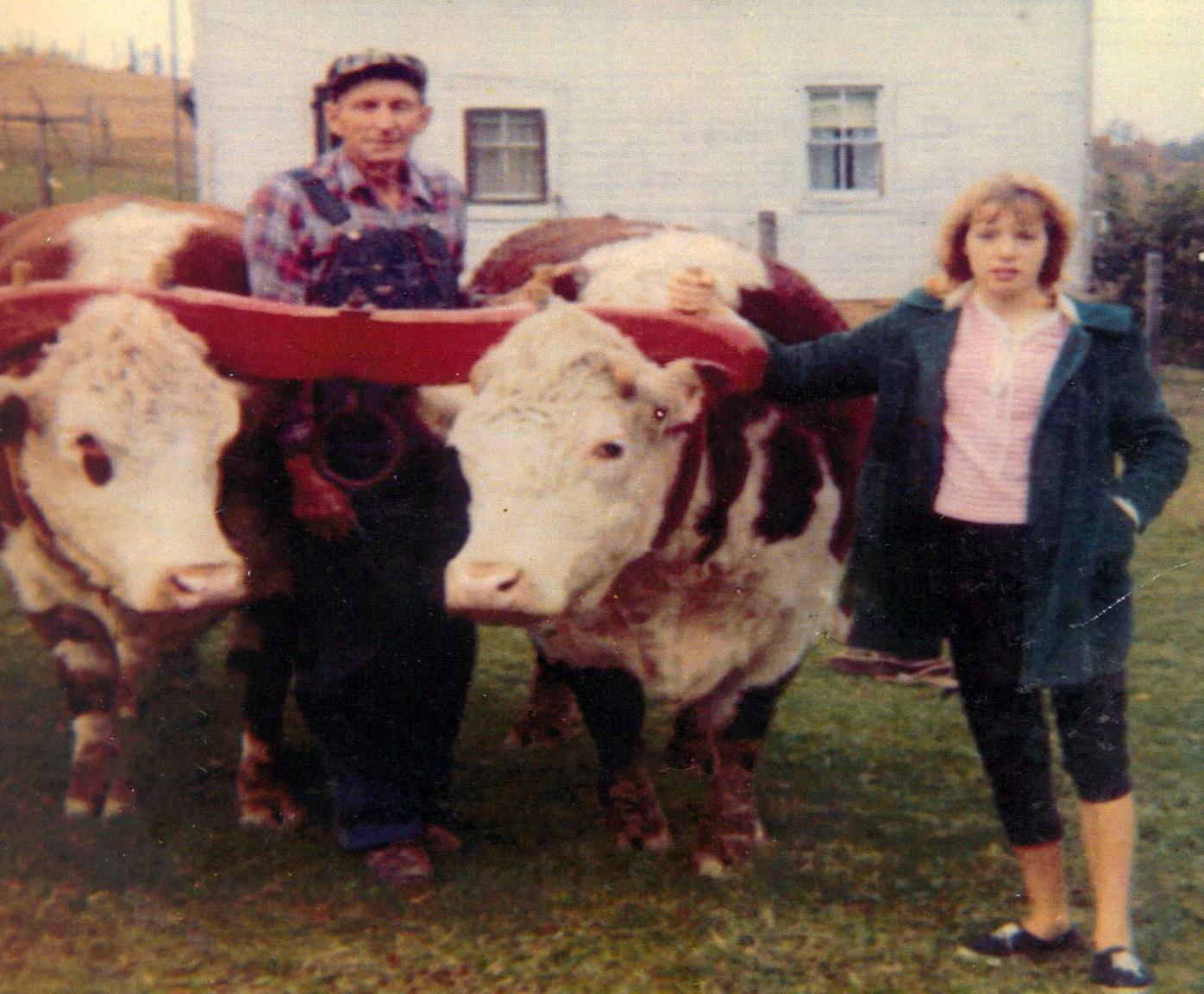 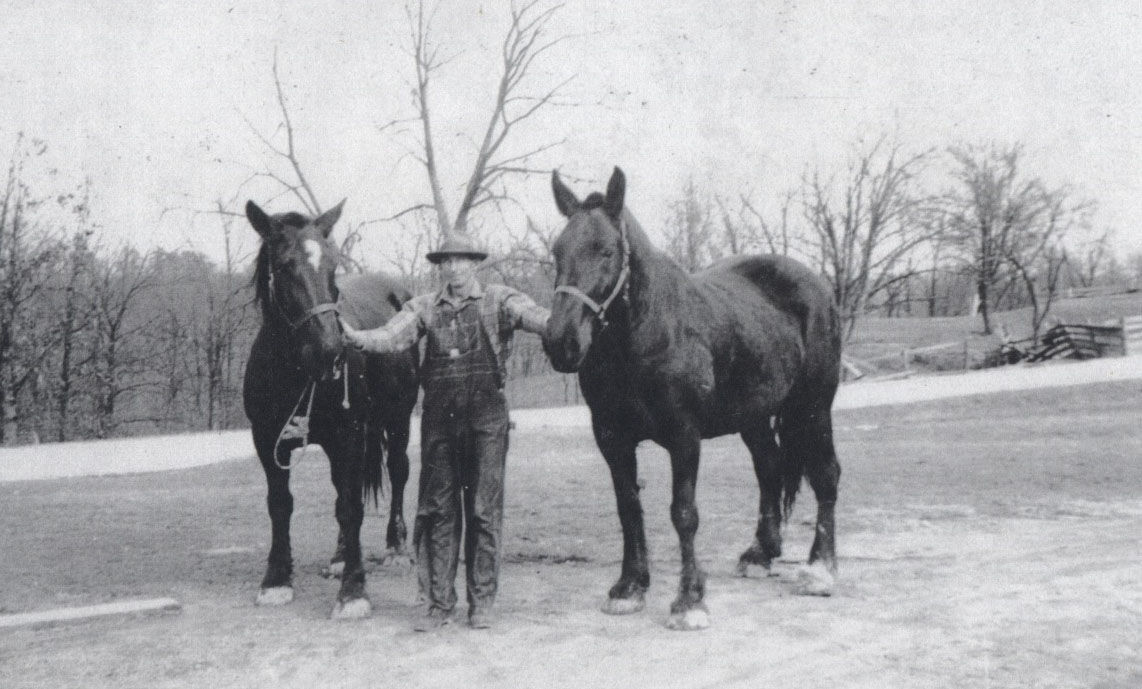 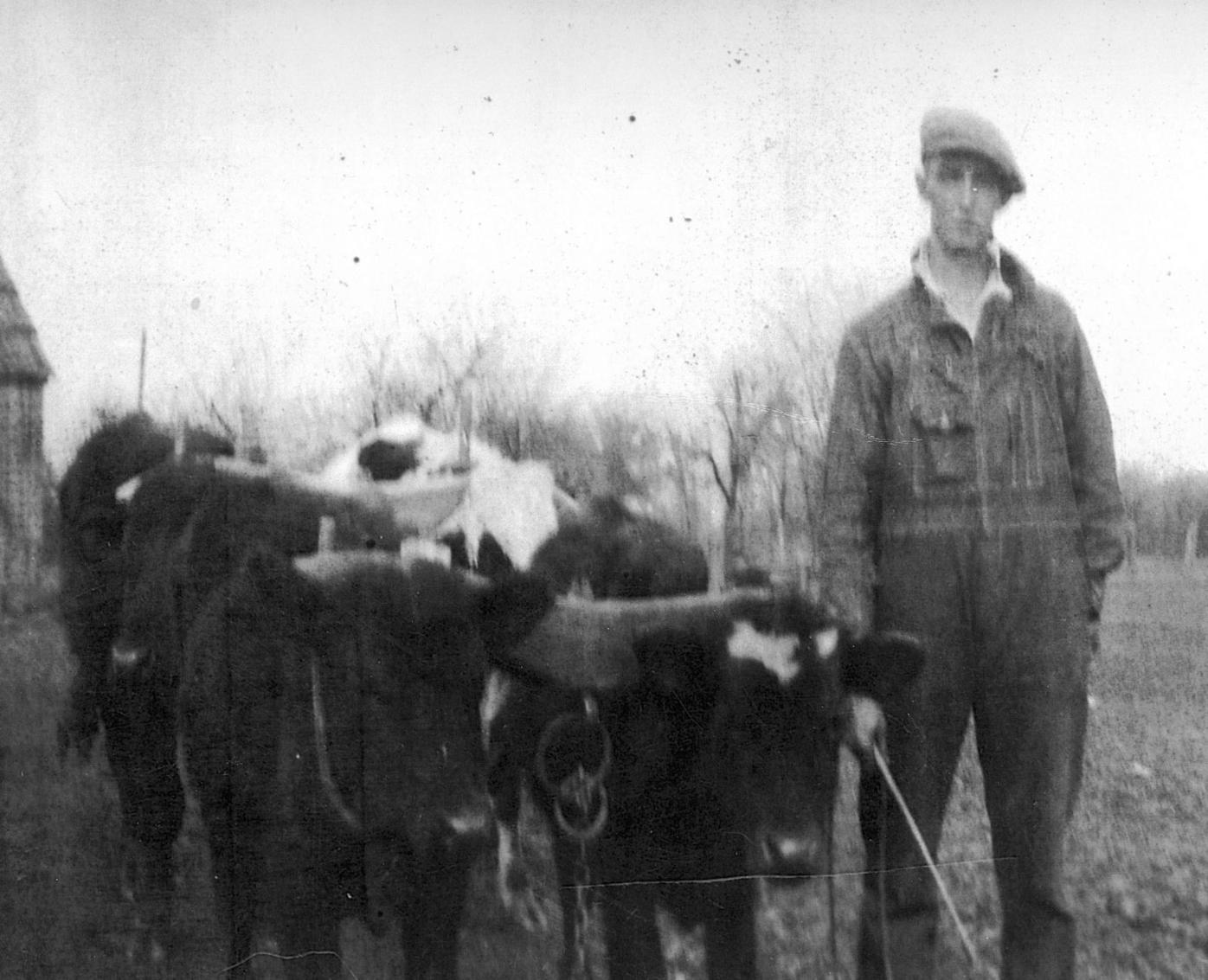 In the spring of 1971, I went to work at Landmark, which was a feed mill formerly owned by the late Dale Seif of Piketon. At that time, it was called Waverly Feed and Grain. Landmark traded their property on Route 23 for the property down next to the N & W Railroad at the end of South Market Street, Waverly.

I was hired a day at a time and my first job was to unload a railroad car full of 50 pound bags of fertilizer. I don’t know how many bags or tons I moved, but I unloaded the railroad car in a day and a half. The fertilizer was stored in a building that had been owned by the N & W Railroad.

In a couple of days, I was hired full time. I was taught to run the hammermill by a fine fellow whose name was Gary Mustard. We worked together for a good many years.

When I got across the river, I found Whiskey Run Road and finally found Ed Lew.

Ed Lew came out of his house and said, “Hello”, and shook hands with me. I said to this

And your name is?”

I told him, “My name is Bill Weinrich.” Ed Lew says to me, “I thought you were a Weinrich. I knew your grandfather Lum Weinrich. You look like him.”

This kind old gentleman told me about himself. He had cut timber and logged just about all of his life. He didn’t have any modern equipment – no bulldozer, no skidder – but Ed Lew used oxen in the woods.

He asked me if I could help him a few minutes and I said, “Sure I can”. So I unloaded the laying mash, as Ed Lew unraveled the string on the feed sacks. In a few minutes we had the feed barrels full.

Ed Lew says to me, “Would you mind standing outside the barn and opening the doors when I ask you to?” I told him, “I would be glad to.”

In a few minutes a quiet voice says, “You can open the barn doors now.” When I opened the doors, out came a big pair of Polled Hereford steers all yoked up and ready to work.

Ed Lew says to me, “You should see these big boys work in the woods.”

These steers probably weighed a ton a piece and were as gentle as a pair of dogs. I never got to see these steers log, but I always wish I could have.

In later years, I decided to try and get pictures of the father, Ed Lew, and his son, Emmitt Lew. So I wrote a letter to the late Jeane Gary and asked her if she could help me. Jeane answered my letter and said she would do her best.

Jeane asked her Aunt Sis Viar if she had any pictures she could share with me. I was very lucky, because she had a picture of Emmitt and some yokes of young oxen taken in the 1930s and also a colored picture of Ed Lew and his granddaughter Hope, who is Emmitt’s daughter. I value these pictures very much. I am very grateful that Sis and Jean helped me to get them for my collection.

This is a story that I wrote from memory. Most of these people are gone now, but I knew some people that I wrote about: Ed Lew, Emmitt Lew, and Jeane Gary. All three have passed away; Jeane Gary was the last of the three.

This story is dedicated to Hope Lew Bauer. I hope she likes this story and picture as much as I did writing it.

I have never met Hope, Ed Lew’s granddaughter and Emmitt Lew’s daughter, but I sure would like to meet her. Maybe our paths will cross one of these days!

There will be a follow-up column next with more aout Emmitt Lew.