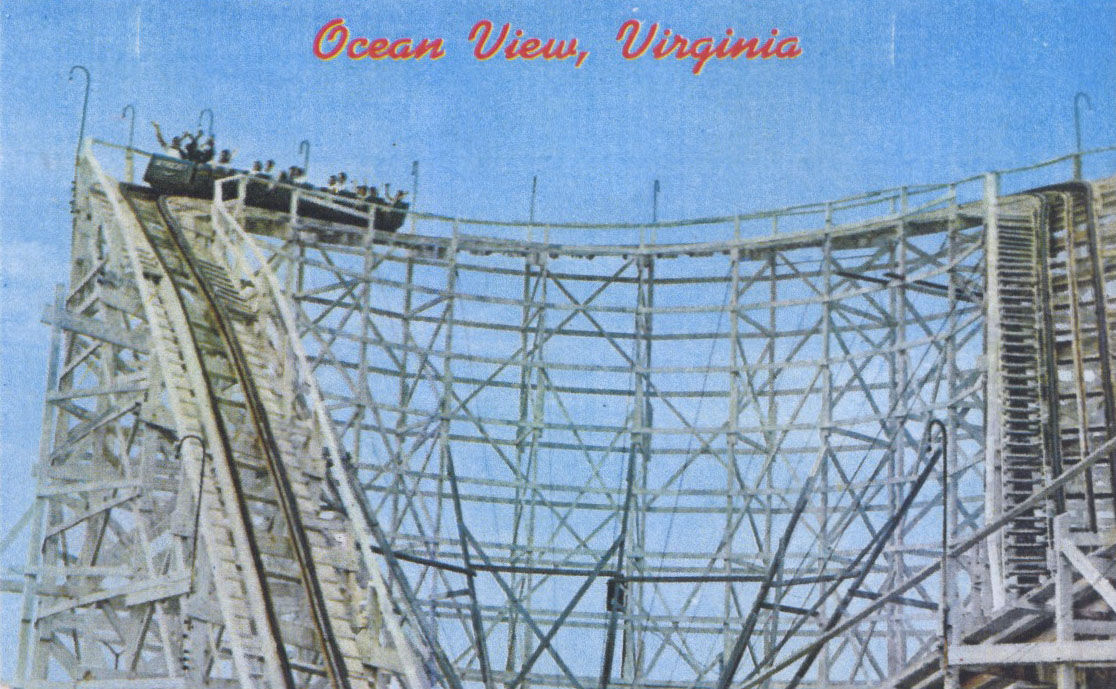 Here is a postcard showing a rollercoaster at the Oceanview Amusement Park in Norfolk, Virginia. 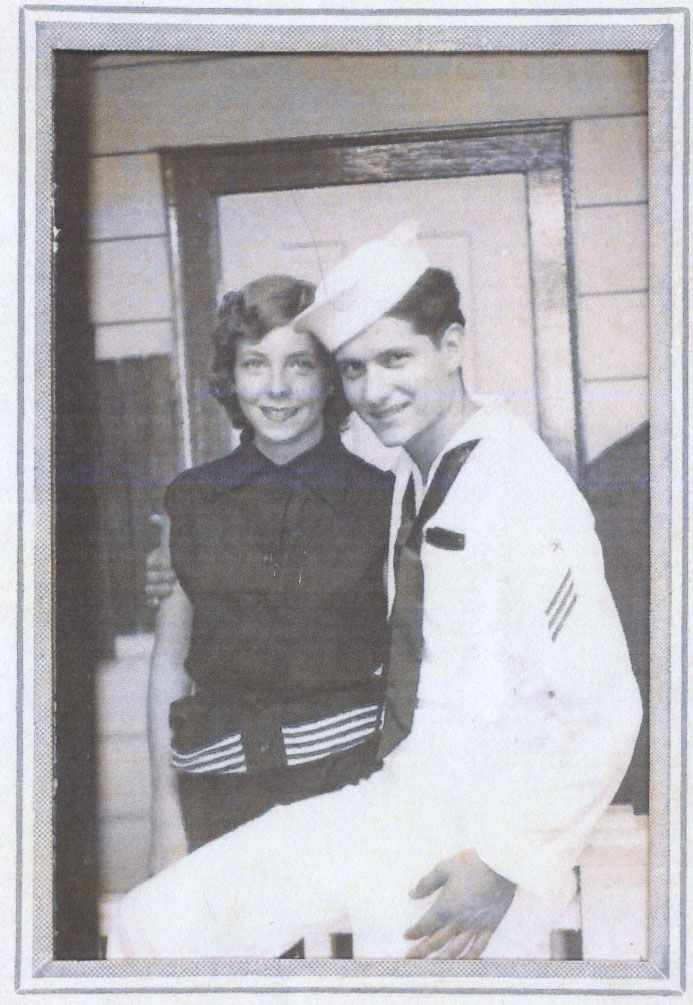 Jim Henry and Carol Tracy had a photo taken together at the Ocean View Amusement Park in August 1957.

Here is a postcard showing a rollercoaster at the Oceanview Amusement Park in Norfolk, Virginia.

Jim Henry and Carol Tracy had a photo taken together at the Ocean View Amusement Park in August 1957.

At this rink near the Navy base, I met Carol Tracy, who also loved to skate. We hit it off right away and we dated until Christmas 1957. My ship was out to sea a lot, so we didn’t see much of each other.

When I came back in July 1957 from a four-month cruise, we dated again and she (Carol) talked me into riding this old rollercoaster in the Ocean View Amusement Park in August 1957. We then had our photo taken at a place there. Funny coincidence — when I took my wife, Ardith, there on our honeymoon in Sept. 1960, I saw Carol there with her boyfriend. I spoke to Carol but she ignored me. Maybe she didn’t want to upset her boyfriend.

In Sept. 1957, my ship with seven others — a squadron, traveled to Plymouth, England, for three days. The people there treated us very well.

After our great time in Plymouth (I was shown a plaque on a dock where the Mayflower ship had departed) our ship joined many ships of NATO for wartime exercises in the North Atlantic Sea. Those 30 days at sea without liberty gave me my first taste of cabin fever.

But we were rewarded with seven days of liberty in port at Brest, France. There we heard of Russia’s Sputnik trip in space. The town officials treated each ship’s crew to a banquet — I think two or three ships at a time.

I had the chance to take leave and travel by train to Paris. I didn’t know anyone who wanted to do this and I didn’t have the nerve to go alone. Later I did have the courage to have done this. I’ve always loved to travel and see new places and people.

I would love to retrace my steps of 1957-58 in the Navy. But I know I will never have that chance again.

This is dedicated to Junior Mustard, who I attended a school with at Idaho and served in the Navy on similar ships out of Norfolk.