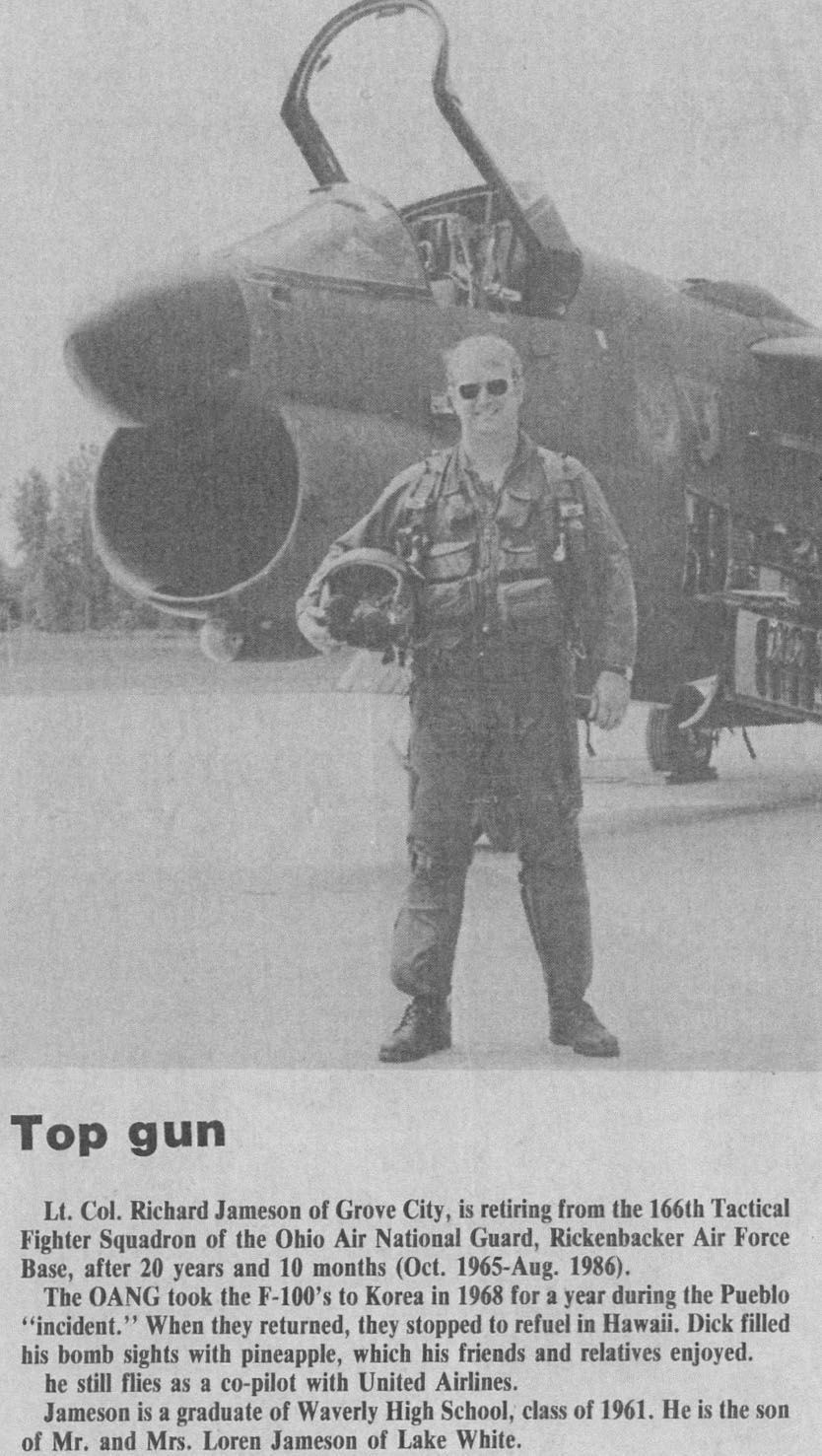 First — foreign imports started taking our domestic auto production. An ad I have is for the ISUZU Pup, a pick-up truck for just $5,767. This was sold by Chillicothe Auto Mall on North Bridge Street, Chillicothe. They also sold Ford, Nissan and Honda as well.

Spotlighted in the same issue of the Pike County News Watchman in September 1986 is Lt. Col. Richard James of Grove City, Ohio. Richard is retiring from the 166th Tactical Fighter Squadron of the Ohio Air National Guard at Rickenbacker Air Force Base after 20 years and 10 months (Oct. 1965 — Aug. 1986).

The OANG took the F-100s to Korea in 1968 for a year during the Pueblo “incident”. Note: This was when North Korea captured our spy ship Pueblo and still hold it, but released the crew later. When they returned, they stopped to refuel in Hawaii. Dick filled his bomb sights with pineapple, which his friends and relatives enjoyed. He still flies as a co-pilot with United Airlines.

Jameson is a 1961 graduate of Waverly High School. He is the son of Mr. and Mrs. Loren Jameson of Lake White. I remember the Jamesons as the owners of the local Rexall Drugstore on North Market Street in Waverly. That was closed several years ago and torn down for an addition to the First National bank next to the alley.

A Republican Rally will be held on Sept. 13, 1986 at the Pike Co. Fairgrounds from 1 to 5 p.m. Free fish, hot dogs, baked beans and soft drinks will be available. Come and meet your candidates.

This is dedicated to all who remember the Rexall Drug Store in Waverly.