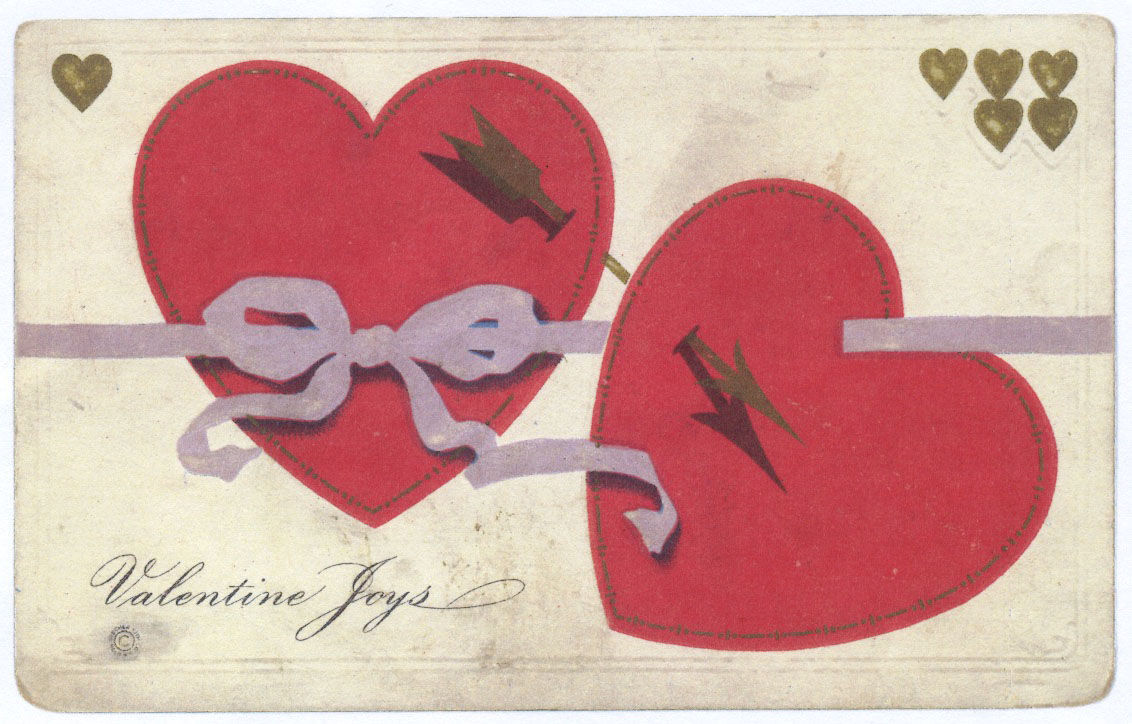 Well, I sure overlooked Valentine’s Day this year as I didn’t plan to take my sweetheart out to celebrate. So this article will be a late version with an old postcard from my collection sent to Irma Henry with no postmark or stamp. Maybe it was delivered in person.

Here is some news from 1917. First baby for Pike County. The honor of being Pike County’s first baby for 1917 goes to George Frederick Frey who was ushered into the world one minute after the old year had passed out. He was a very lusty youngster and is the son of Mr. and Mrs. George Frey, who live on Meadow Run on rural route 4 out of Waverly. Item from Jan. 11, 1917 Republican Herald paper.

From the Jan. 7, 1932 Republican Herald paper comes this item. “Dog eats rabbit in hollow tree has to be chopped out. Harry Brown, son of Mr. and Mrs. Scott Brown started out with gun and dog recently and expected to return with several rabbits. He only had gone a short distance, however when he jumped a rabbit, and his dog, Jack, gave chase which ended in a hollow tree. Harry called and coaxed, but Jack would not come out so Harry gave up hunting for the day.

The dog did not return the next day so Harry with his father started a search, which ended at the hollow tree.

They found Jack, after eating the rabbit, could not come out of the hollow tree which he had entered and so Mr. Brown chopped down the tree and Jack was rescued.

This item was from the same paper, but the date is Aug. 22, 1935. Tossed over the fence by enraged bull. Forest Vickers, 28, son of Mr. and Mrs. Joe Vickers near Stockdale, had a narrow escape from death when attacked by an enraged bull.

The animal threw him over a four-foot barbed wire fence, which saved his life.

He suffered three deep gashes inflicted by the horns and his arms and hands were torn by the barb wire.

My hope is that Valentine’s Day was enjoyable for you and your sweet heart.