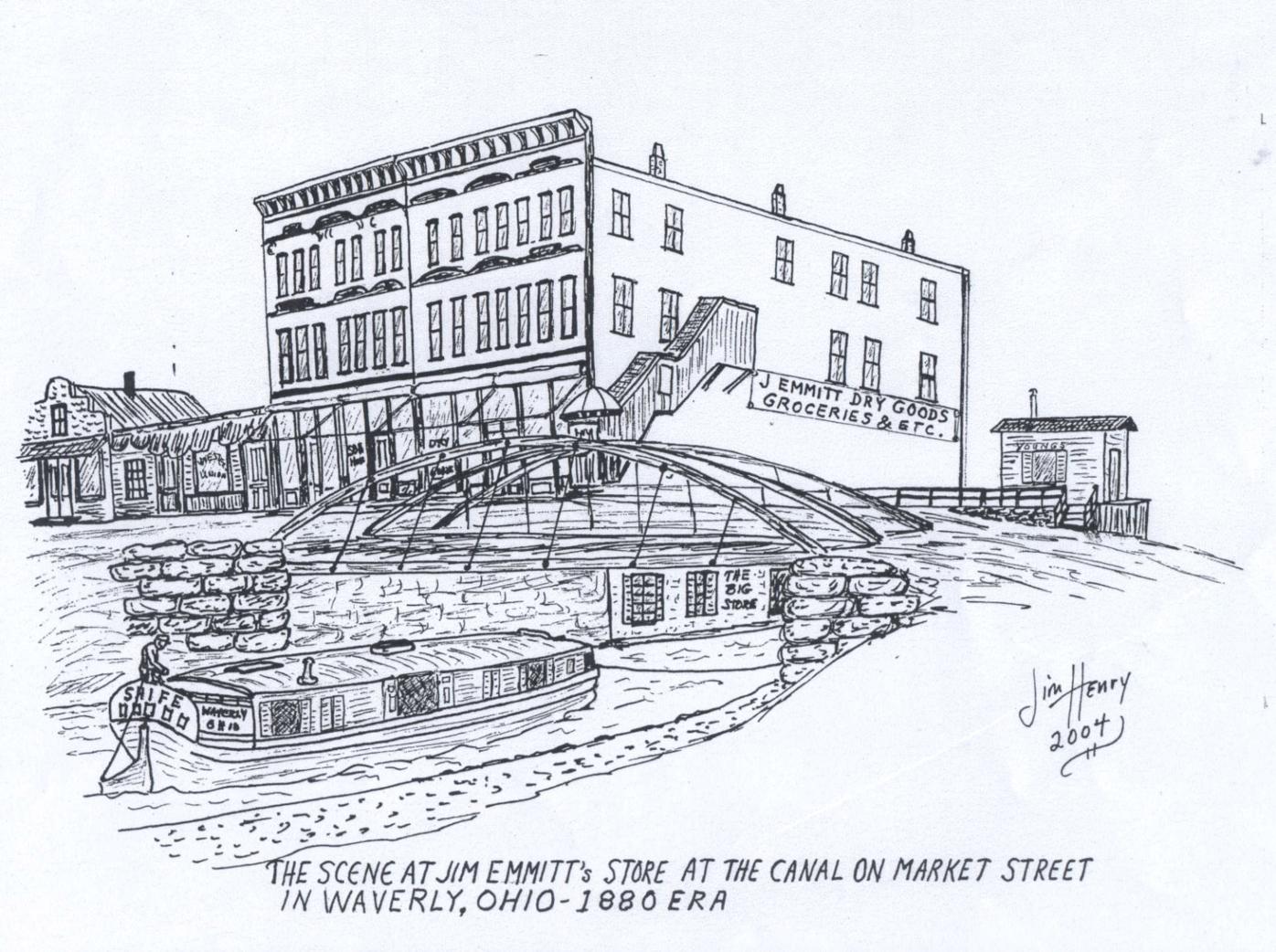 I drew this scene in 2004 depicting a canal scene as I thought it may have looked in 1880. Now the Greenbaum building will likely be dismantled soon. I thought you readers would like to see it when it served canal boats.

Doors and windows faced the canal and goods could be unloaded into the basement. The state of Ohio took possession of the canal lands and in 1920 allowed towns to use the canal bed to be filled in.

Before 1942, the Scioto Trail, now U.S. 23 used West Second Street to Third to Market and Walnut Street to Clough and on North. So this place was a busy area until 1942 when the route was extended north as it is now.

The small building on the right housed a fellow who sold peanuts and candy. He also repaired shoes, but this was not a toll house to charge travelers.

The iron bridge was removed and concrete filled the gap as it is now. I read that this was the only three-way bridge over the canal. It had north and south lanes and a pedestrian way on the right.

Note: The Greenbaum family took possession of the old store and was open until 1947 I read.