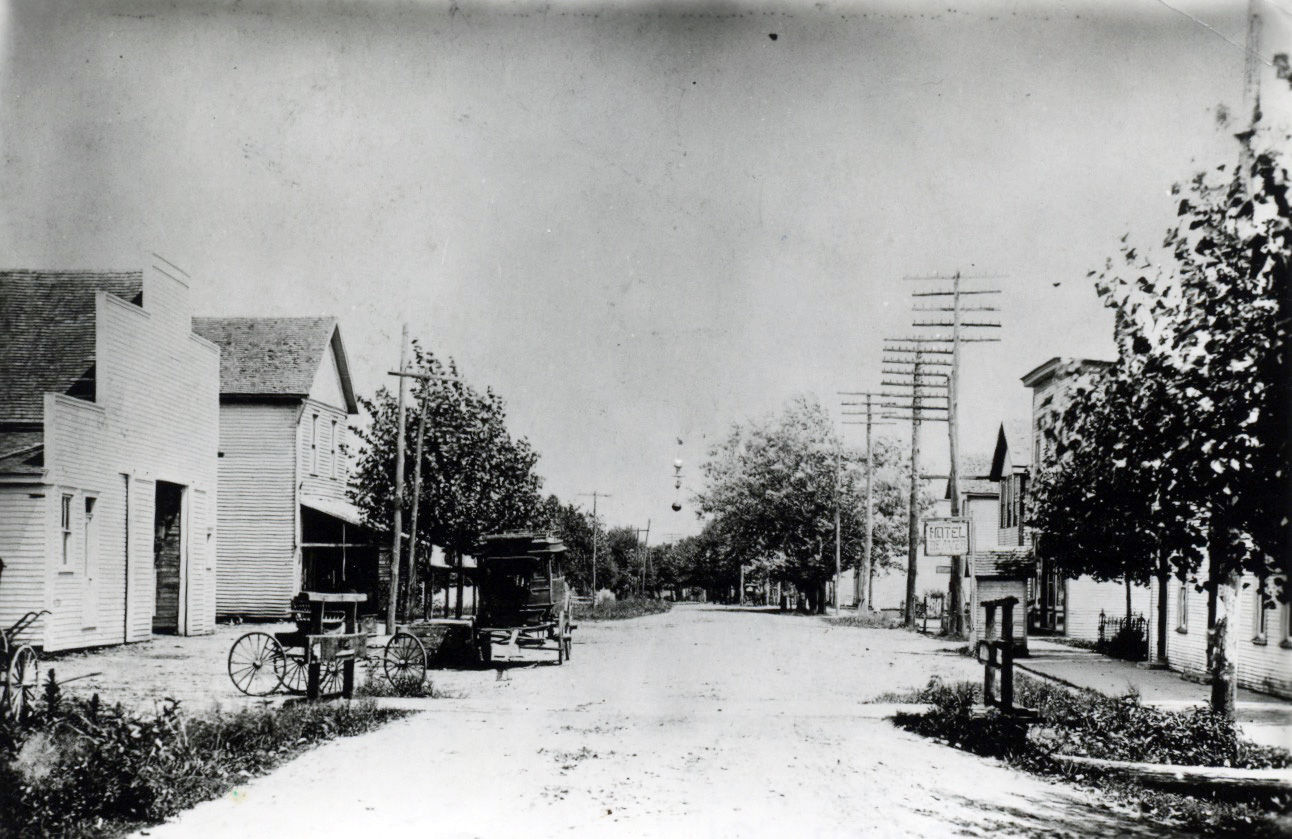 In Beaver, the stagecoach was used to bring travelers from the D.T. & I. railroad depot. Hotel Beaver is on the right. Spangler’s Livery Stable is on the left.

In Beaver, the stagecoach was used to bring travelers from the D.T. & I. railroad depot. Hotel Beaver is on the right. Spangler’s Livery Stable is on the left.

This week’s article is an update/follow-up to a previous article. Spangler’s Livery Stable and Blacksmith Shop in Beaver was located in the spot that is currently occupied by the Beaver Atomic Credit Union branch.

When the Confederate Cavalry stopped here on their way to Jackson, they demanded that Mr. Spangler reshod (replace horseshoes on their horses). They paid with Confederate money or U.S. bills they had stolen. Most of the rebel soldiers spent the night in Beaver’s vicinity before moving east.

In this photo, a stagecoach sits along Main Street. This vehicle was used to transport people to and from the D.T. & I. Railroad Depot, which sat at state Route 335 and Keppler’s business. Most of the buildings shown here have been torn down or have burned.

In the future, I’ll feature a railroad dog.

While we are talking about Beaver, I will mention a man, Howard Keppler, a Sergeant in the U.S. Army Air Force in World War II, who was stationed in England. Howard was a gunner flying in a B-17 as a tail gunner. His regular plane was under repair, so he was assigned to one plane that had no nickname. Howard was now on a plane with a new radioman and two pilots, who never had been checked out as first pilot.

Their mission to bomb Berlin was for several reasons. The first reason was to lower the morale of the German population. The second reason was that Berlin had several plants that made planes. The third reason was that there would be many fighter planes in the air. But the U.S. and Britain would also have many with the bombers, so they hoped to shoot down many of the German planes. This time the most planes would gather to hit Berlin.

Howard shot down one German fighter plane, but was still attacked by more. After his bombing run, Howard’s plane just made it back to England with 1,000 bullet holes and only two of the four engines still working. Howard made one more trip to Berlin in another plane in their 25th mission. In March of 1944, Sgt. Howard Keppler was reassigned duty in the U.S. He had been awarded the Distinguished Flying Cross.

Many people in the Beaver area will remember Howard Keppler.