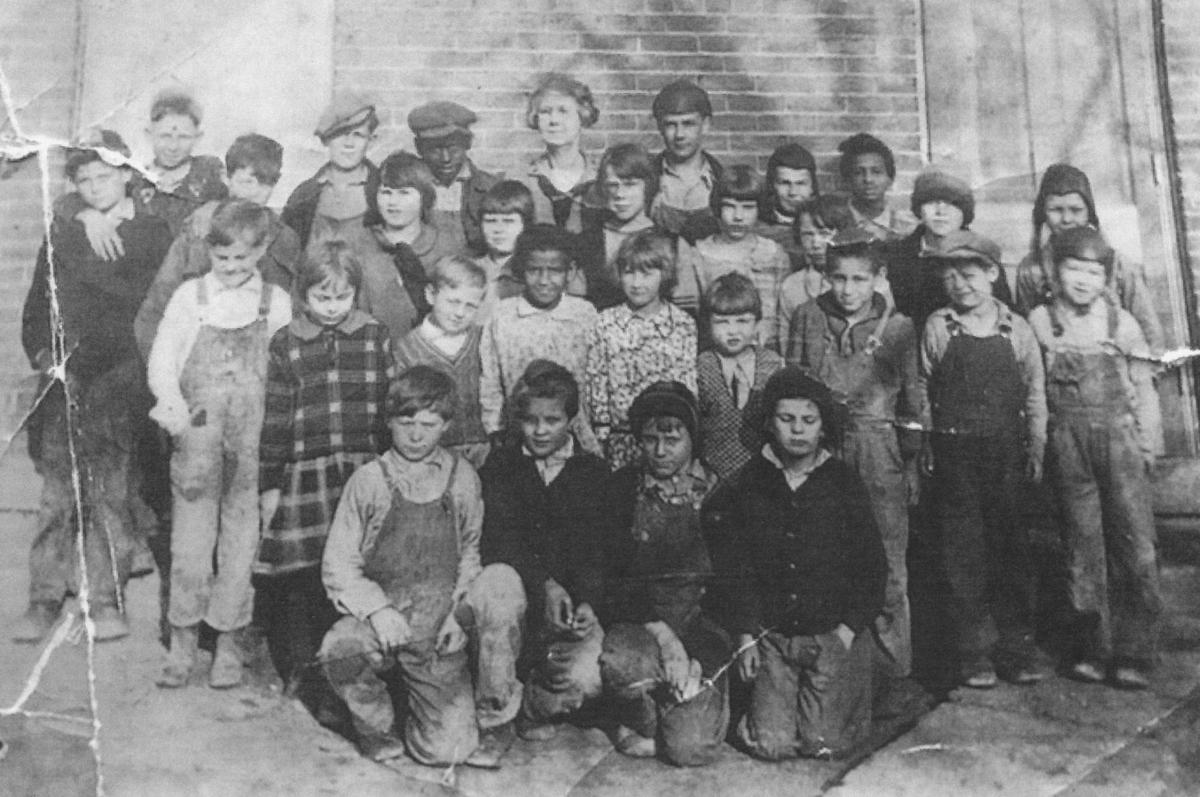 This photo includes students and their teacher at a brick school house. The man who submitted the photo thought the school was located in Jackson Township and was taken in the 1920s to the 1930s. Henry does not remember who called him and submitted the photo. If that individual reads this, please call Henry at (740) 947-5625.

This photo includes students and their teacher at a brick school house. The man who submitted the photo thought the school was located in Jackson Township and was taken in the 1920s to the 1930s. Henry does not remember who called him and submitted the photo. If that individual reads this, please call Henry at (740) 947-5625.

This week I’ll feature an old photo of a brick school house with the teacher and students. This was given to our editor by a man named Joe. I do not have his last name. I tried to call the phone number I have for him, but his voice mail box is full. If he reads this, please call me again at (740) 947-5625.

The guy thought this school was in the Jackson Township area maybe in the 1920s to the 1930s by the clothes and the students.

The only brick school house I know of that was a one-room schoolhouse was the one still standing converted to a house. This is about two miles north of Waverly on state Route 335.

The towns listed after each teacher’s name is probably their home.

The boy in the photo third from left in the second row reminds me of Lowell Anderson who lived on state Route 335 in Jackson Township. He graduated from the East Jackson 8-grade school and came to Waverly for his ninth grade in Sept. 1952. He was in my class until his family moved to Pickaway County.

I don’t recognize the teacher or the building.

Here is a poem written by my 16-year-old cousin, Lacie Barnes. This fits me as I am always misplacing something.

Where the Lost Things Go

I’ve lost ever so many things

They seem to fly away on wings

And as they wander to and fro

They end up where the lost things go

Ne’er to be seen again

It must be such a queer big place

Though not untouched by human race

Unreachable by land or sea

And certainly, unreached by me

Though not sadly by some.

That place is filled from side to side

With articles from far and wide

The big, the small, the old, and the new

The marbles, socks and tempers too

Every sort of thing

The hopes and dreams never fulfilled

Are on its beaches softly spilled

The planes and ships not yet returned

Can find the peace that they have earned

But some things find their way back home

And as back to our world they roam

They find the One that makes them whole

And they are quiet in their soul

So they at last are found