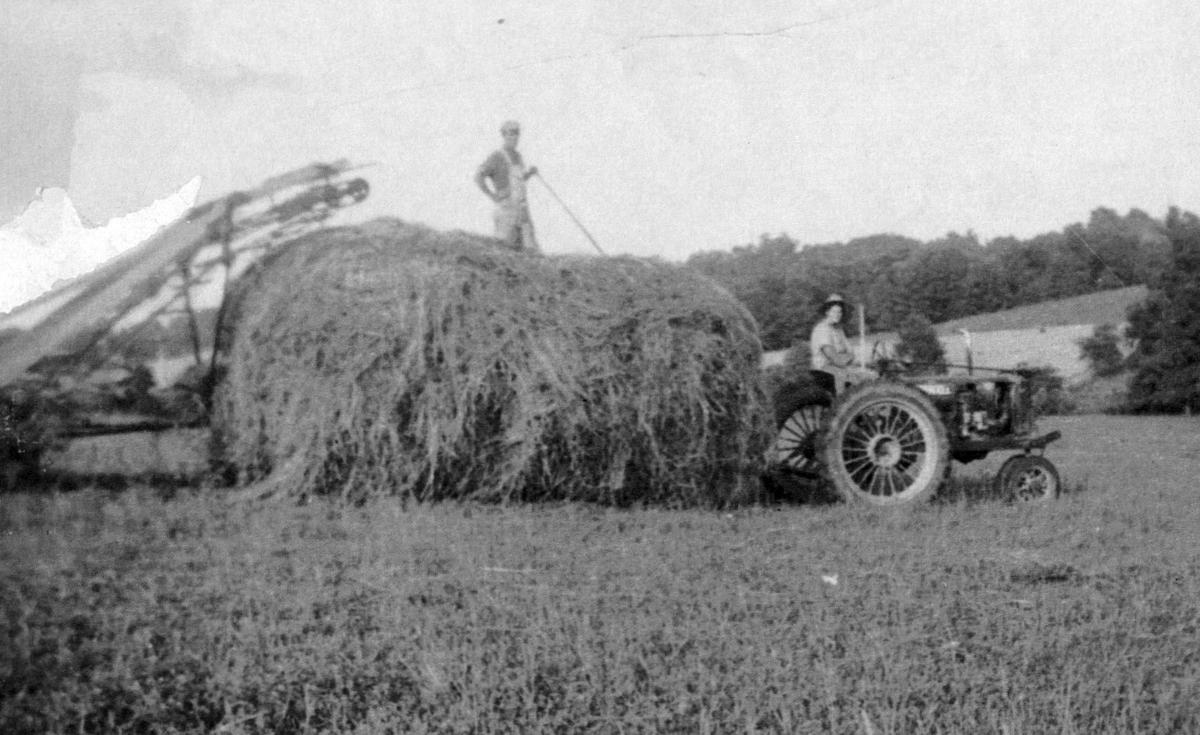 Jim Henry’s parents are seen here in a hayfield. His mother is driving and his dad is on top of the wagon. 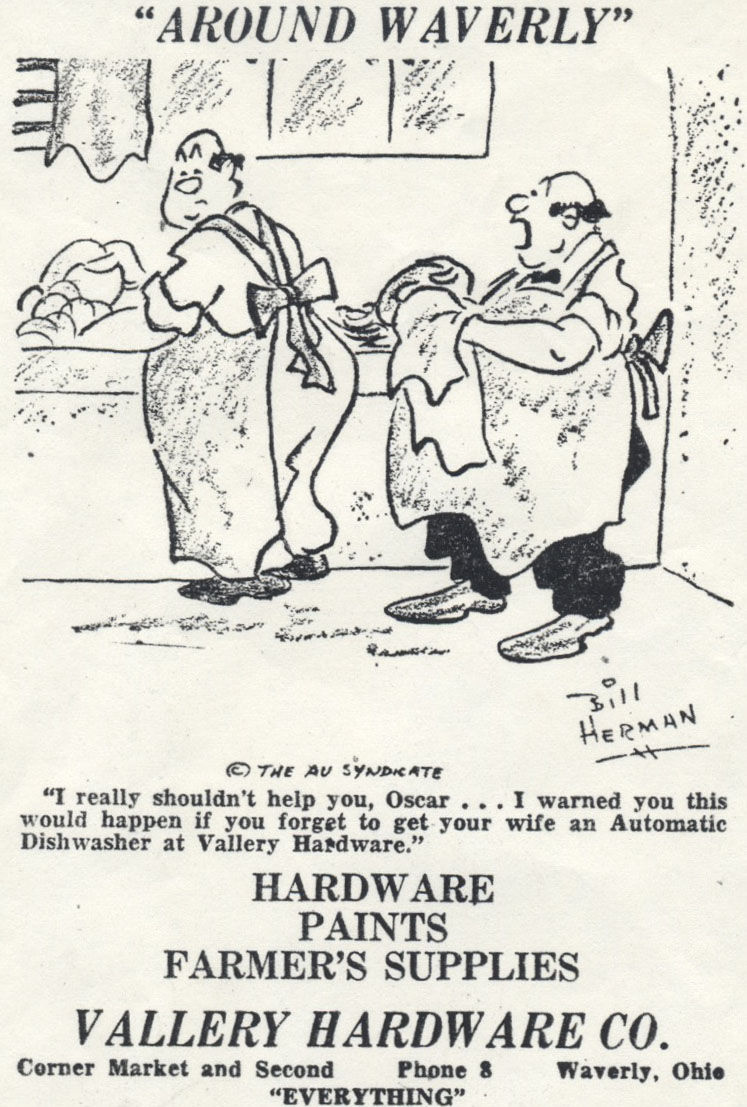 This ad for Vallery Hardware is from 1953. 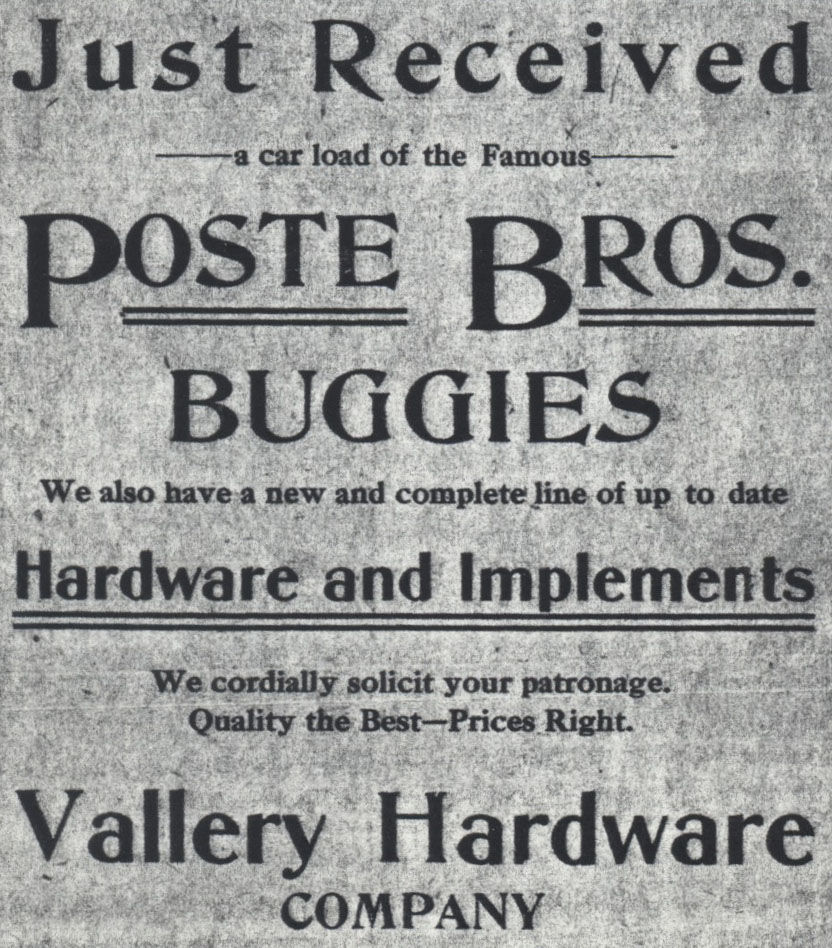 This ad for Vallery Hardware is from 1912.

Jim Henry’s parents are seen here in a hayfield. His mother is driving and his dad is on top of the wagon.

This ad for Vallery Hardware is from 1953.

This ad for Vallery Hardware is from 1912.

This week I’ll spotlight a business that left us several years ago — Steve Vallery’s Hardware.

Steve Vallery was born and raised in the Zahn’s Corner area of Pike County. He started in the hardware business in the building that was Don’s Furniture Store on East North Street in Waverly across from the Masonic Hall and Canal Barbershop. This was in the 1920s. Then he moved to his place last used on the corner of Market Street and Second Street.

I found this ad in 1912 for Vallery Hardware when Steve was on North Street. Later when he moved he sold Maxwell cars and then switched to Farmall tractors. He had an old barn on Lock Street where he kept his Farmall equipment. When Dad sold his workhorses, he bought a Farmall F-12 on steel wheels. Then he traded it for an F-14 on rubber tires. Pictured here in the hayfield is a photo showing Mom driving and Dad on the wagon, moving hay around, as the loader brings it up off the field to the wagon.

I love this old car advertisement from Vallery Hardware in 1953. Note the phone number is just 8! When I first had a phone installed in 1959, I was on a party line and told the operator what number I wanted.

I will continue later.