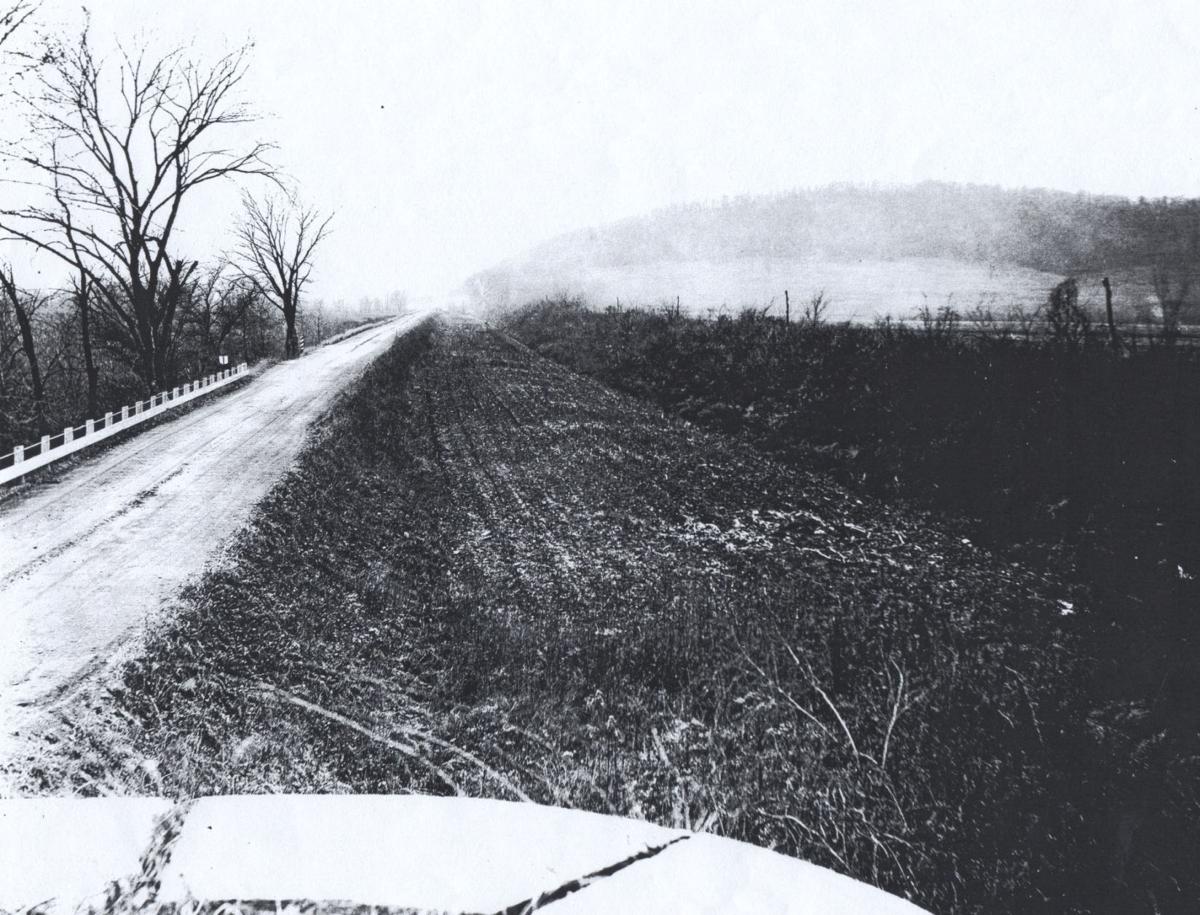 This photo shows the towpath on the left for the Ohio & Erie Canal bed across Pee Pee Creek Valley before the dam was built here for Lake White in 1935.

This photo shows the towpath on the left for the Ohio & Erie Canal bed across Pee Pee Creek Valley before the dam was built here for Lake White in 1935.

Since the Lake White State Park office building near the beach has been taken down recently, I will mention some items about the lake.

Before the dam was constructed in 1935 the Ohio & Erie Canal bed crossed Pee Pee Creek Valley here. This embankment was used for the canal bed and there was two sets of locks to raise or lower boats as the elevation of land was so great.

Thanks to Gary Cooper who gave me a copy of this photo taken before the dam was completed in July 1935. You can see the highway (state Route 104 later) and the bed of the canal. The original number of this highway when it was designated a state road was state Route 112.

Where the present locks of the lake are located was an aqueduct for the canal boats to travel over Pee Pee Creek. The aqueduct was a bridge that was built to carry water usually sealed with tar to seal it and hold water.

In Sept. 1955, the late Barbara Bolmer Kalfs wrote an interesting article for the Chillicothe Gazette about the last 20 years of Lake White.

Barbara Bolmer Kalfs was a Chillicothe native who married Waverly’s Jacob Kalfs and moved to Pike County. She was one of my favorite writers and became a friend after I became the author of Pike’s Past in Sept. 1976. She was always helpful and contributed generously to me with my articles. At one time she was the editor of our Waverly news but mostly wrote for the Chillicothe Gazette. My favorite series she wrote was entitled “Scioto Saga” which included much history of Pike County.

Barbara wrote that the late George D. Nye, Harold D. McCormick (state highway engineer who made the first survey of the site and was the husband of the late “Cumie” who wrote a column in the local newspaper for years) were the first two local people who promoted Lake White. Others included Wells S. Jones, John W. Gregg, Clarence Vallery, and G.W. Rittenour. Another one I was told was Lawyer Tom Reed. Former Ohio Governor White was an early promoter of this state park lake, and so the lake was named for him.

I spent some time at Lake White beach. It was only grass and a boat ramp was between it and “The Beachcomber”, a snack bar shown in the photo, which is now a house. As you can tell from the photo, no parking lot was nearby. Whenever I came home from the Navy, I always went to the beach in nice weather and to Schmitt’s Restaurant otherwise to see people I knew or get acquainted with some new girls.

This is dedicated to all who did enjoy Lake White over the years since 1935.