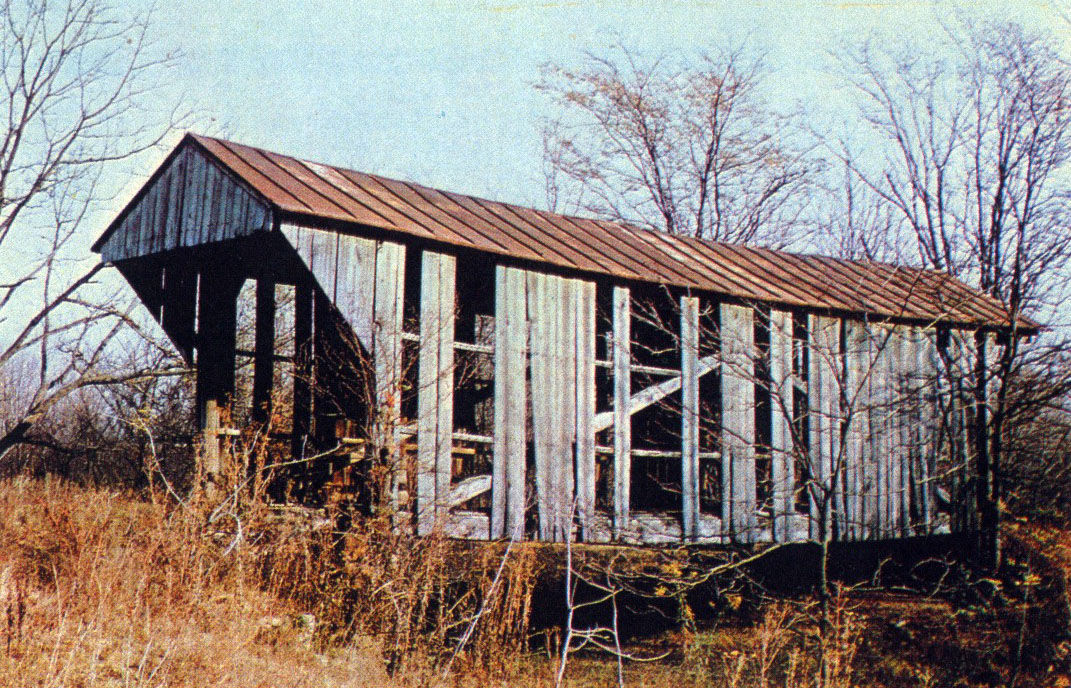 Pike County's last covered bridge was located in the Omega area. It fell in and a gravel road crosses the location now.

Pike County's last covered bridge was located in the Omega area. It fell in and a gravel road crosses the location now.

I wrote this column for the May 5, 1977 edition of the Pike County News Watchman, which was in my early days of writing.

A classmate of mine, Maryanne Patterson Raphael, just passed away. She encouraged me to write.

This covered bridge has been gone for several years now, as has Kegley Drugs.

Pike County's last covered bridge is now in ruins over the Ohio and Erie Canal north of Waverly. Probably built after the canal came into use in 1832, it was an important structure for two reasons.

Just as the Kilgore Bridge, which has been featured, this one also had a trap door in the floor to unload wagons of farm and time timber products.

The bridge is featured on a postcard sold at Kegley's Drug Store in Waverly.

Canal Notes: Many times entire families lived and traveled on the canal boats. Such was the case of Capt. Pearl R. Nye, born on the family boat docked at Chillicothe Feb. 3, 1872. He shared in the work by riding the towing mules and then learning the other chores.

Eventually he learned the 3 Rs taught by the family to each child. When his dad died, he served as his mother's boat captain which was a freighter.

The passenger boats didn't usually have extra space for family to travel along.

This sketch is dedicated to the Nye family and descendants. Can anyone tell me if George D. Nye (late, local businessman and former lieutenant governor of Ohio) was any relation to this canal boat captain?